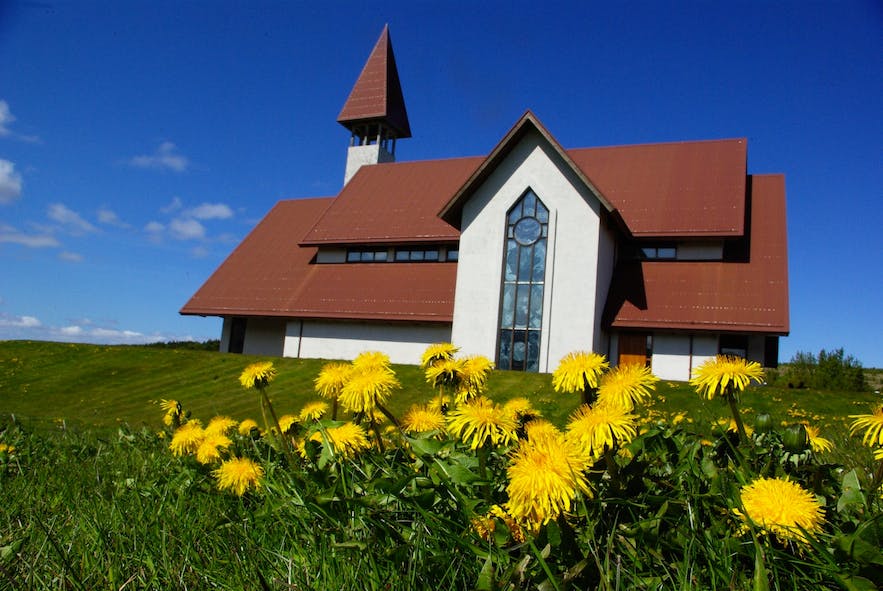 The First Day of Summer all museums and exhibitons in West Iceland will be open and no entrance fee charged!  Welcome to Snorrastofa on this very special day :)

The First Day of Summer my be counted the beginning of the year according to old Icelandic tradition. Falling on a Thursday between April 19 and 25, this day is known from the earliest Icelandic records.  The year was divided into summer and winter, and people counted their ages not in years but in winters! Not until late 18th century did Roman twelve month calendar acquire currency in Iceland among the laity.

The First Day of Summer is also the first day of the month Harpa. The derivation of this name is not clear; it may have been a reference to harsh spring weather, but was traditionally interpreted as the name of a young girl. While the month Þorri was a man and Góa was a woman, Harpa was sometimes called their daughter.  Since the month of Harpa was widely belived to be a reference to a girls name, it is not surprising  that the First Day of Summer became attached to young girls. On the first day of  Harpa, also known as "yngismeyjardagur" or Maidens Day, young lads were supposed to welcome the "maiden" Harpa, and to be particulary courteous and attentive to young girls. They repaid the comliment on "yngismannadagur" ( lads day) the first day of the month of Einmánudur.  While St Valentines day ( feb 14) was not known to Icelandic lovers, Maidens Day and Lads Day performed much the same function.

Gifts were given on the First Day of Summer, the earliest eveidence of this custom is from the 16th century. In the 19th century, Summer Gifts were still far more common than Christmas presants.  These were usually  gifts from parents to children, from husband to wife, master to servant.  Icelanders still invariably exchange wishes for a "happy summer".

Although summer has by no means arrived in Iceland by the third week in April, in the old farming community it was customary to make a  symbolic start to the task of the summer season, perhaps by spreading a littel manure on the fields.

Althoug the First Day of Summer is, of course, not a religious festival, mass was celebrated on ths day in Iceland until it was banned in 1744 by royal edict.  This day is an official flag day in Iceland.

It was commonly regarded as a good omen if summer and winter "froze together" i.e. if there was frost on the night before the First Day of Summer. A dish of water was usually left out in a sheltered place, to show weather the temperature dropped below freezing.

( information from " High Days and Holidays in Iceland" by Árni Björnsson. published by Forlagið)   Phographer Guðlaugur Óskarsson ( you find him on flickr).