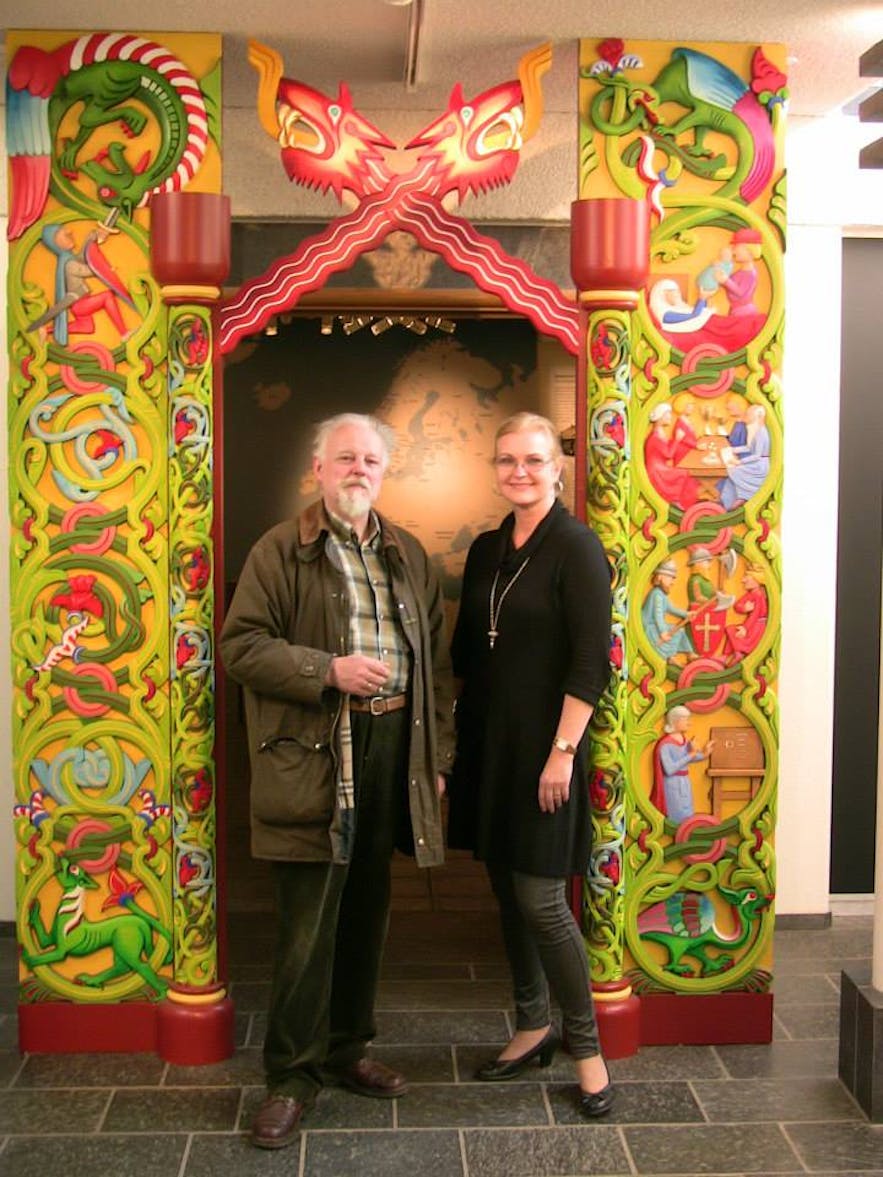 The magical carvings seen here on the doorways of the exhibition were made in accordance with traditonal motifs found in medieval art. The classic image of Sigurdur killing Fafnir is on the left hand side, but on the right side, well known manuscript illuminations have been used as a model. The doorframes were highly prized in large farms and churches and, as proof of that, over a hundred frames from stave churches have been preserved in Norway alone and they are also preserved in museums and those stave churches which still exist today.  Animal and plant ornamentation is prominent in this art-style: flowing vines often fill the panels on the planks, and small dragons slide around in the background of the picture. Large dragons and wild animals, which even eat men, often capture attention. This material is characteristic of European art at this time, but the implementation  and interpretation have their roots firmly in Nordic culture. Snorri Sturluson tells of Sigurdur's battle with the worm in Hattatal:

All such occurred in the distant past,

Ragnar was thought the sharpest of men,

Earl Skúli is the most splendid.

On the right hand side of the doorway are familiar images from carvings, alterpieces and manuscript illuminations: from the baptism of a child, a marriage-agreement and the fall of Saint Olafur ( Flateyjarbók). The idea for the magical carvings was developed alongside the preparation of the exhibition and following artists have come to work on them: Sigríður Kristinsdóttir designed them, the Norwegian master Bjarte Aarseth carved  them and the artist Hallur Karl Hinriksson, from the south of the country ( Selfoss), coloured the beams in accordance with the old traditions. The richness of colour of the artwork is also in harmony with medieval traditon.