A history of constant failure: Iceland and Eurovision

Once again, Iceland has completely embarrassed itself in front of Europe.

To the surprise of no one internationally, and everyone locally, Iceland did not pass the qualifying round of the Eurovision Song Contest 2017. The country's idea of what a talented person is, Svala (pictured above dressed as a cheap extra in a low-budget girl-group from the '90s), seemed to be a safe bet; but as an Icelander, she was destined to bring nothing but shame to the competition.

It is no wonder why the people of Europe found the performance to be as flat as those unforgivable shoes.

Iceland is consistent in that it has never won. Each year, it gets more and more desperate, yet somehow the acts get more and more forgettable. The vast majority of performers leave absolutely no impression, except perhaps the vague memory of a ghastly dress.

I am from the UK, so I find the everything about this competition completely ludicrous; my people would find being rejected from Eurovision a source of pride, not shame. Although we have won five times, it is with a deep sense of collective embarrassment that some of our people actually cared enough to try. We consider our first winner, Sandy Shaw, as much of a national pariah as figures such as Jimmy Saville and Myra Hindley. 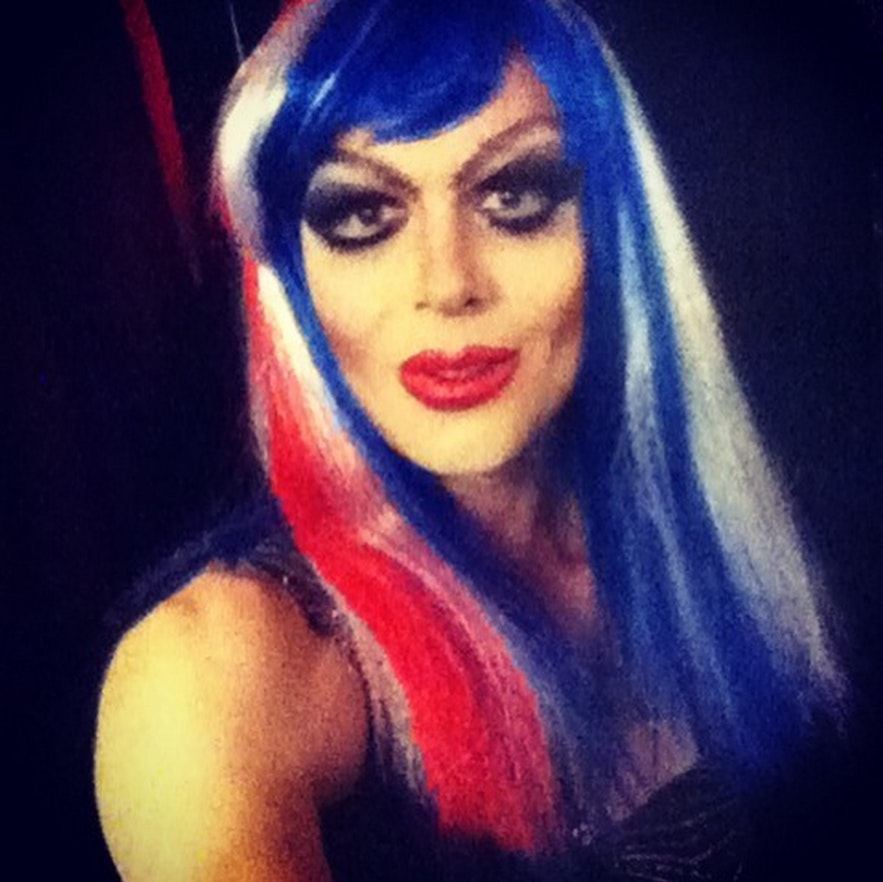 In my opinion, just five performances since Iceland's first failed attempt in 1986 are worthy of any note, and four for the completely wrong reasons. Read ahead for information about Iceland’s only memorable acts.

Let us start with one of the more ‘successful’ acts. Selma’s ‘All out of luck’ managed to nab her second place, the highest Iceland has achieved. The mystery as to how they got such high scores has never been fully explained, but this was during Iceland's banking boom so we can suspect that money exchanged hands.

The memorable nature of this act comes not from the performance, but the most likely drug-fuelled vision of the team’s stylist. The two men spinning around Selma are dressed like they enjoy spending their time flashing strangers in public parks, and she looks like she should be outside Charles Manson’s prison, telling reporters that her boyfriend on the inside is not a killer but a sweet, innocent deity.

Two years before Selma’s incomprehensible near-win, Iceland’s act was considered so offensive that they were banned from the 1998 competition. The reasons why are rather confused. The only thing offensive about it to me is Páll Óskar’s shockingly bad attempt to act like a heterosexual man.

The song opens with him on a sofa, surrounded by four unconscious women in latex. This sounds like it has potential to be an uncomfortable scene, but because of Páll’s presence, I’ve never seen passed-out, erotically dressed women look safer. When they rouse from their slumber and start making contact with the singer, I still struggle to see what is sexualised. When Páll touches two of their bare legs, he’s so visibly uncomfortable that you’d think he’s being made to stroke a pair of snakes.

Though that's probably not the best example.

Somehow, Páll's career managed to survive this atrocious performance, and every other one that followed.

When the six, affluent white men of the band Pollapönk came out with ‘No Prejudice’, it was quite the statement. They wanted Europe, with its vast diversity of peoples and cultures, to know that it doesn’t matter to them if you are tall or short; it doesn’t matter if you have a stutter or not; and the last thing they care about is the colour of your suit.

This was the first Eurovision I was forced to watch upon moving to Iceland, and it was the moment I realised what a terrible mistake I had made. Rather than ridding me of my prejudices, the cringeworthy display that Icelanders put me through that evening planted a seed of hatred for them that has since blossomed into a fertile garden of complete and utter loathing.

In 2000, Iceland sunk to its lowest levels of crude entertainment, by letting some attention-seeking man on stage in a skirt, so he could prance around like he was a lady. It was embarrassing at best, and at worst a completely affront to the Holy Father and everything I hold dear. I at least take solace in knowing that no matter how much my eyes seared watching him, his whole body will feel much worse when he's burning for an eternity in hell.

If Iceland was trying to gross us out and cause offence, it succeeded; but believe it or not, I’m no longer talking about that cross-dresser. August may have been disgusting, but Telma wore a dress of seemingly pink tin foil and purple clingfilm, and thus has the claim of being the only Eurovision contestant in history to make me vomit on sight.

There has been just one figure, in over thirty years of competing, who has managed to stand out for the right reasons. Someone with grace, dignity and talent. In 2006, Iceland managed to nab international celebrity Sylvia Night to share her gifts with Europe.

Her performance was everything. Tearaways; choreography; a literal phone call from God. It was a seamless blend of cerebral art, intense politics, and straight-up entertainment.

Unfortunately, however, the tyrants running Eurovision and the corrupt Greek media, where she was competing, waged a full-blown war against her character. An orchestrated campaign meant that the only person who could ever have won Eurovision for this otherwise hopeless nation did not even qualify.

When she lost, however, she did so with a grace I have never seen of another Icelander. Her departing speech will always be a reminder to keep your head up high and never to let them see you sweat.

To conclude, the only possible future that Iceland has to finally succeed in Eurovision is to go for someone at least as internationally famous, as adored, as talented, and as beautiful as Sylvia. Preferably, she would be much younger. A wonder and a star.

I, however, simply refuse. When Eurovision comes around, I go through a short phase of not hating Iceland quite as much as it deserves, and I'm not going to sacrifice that sacred time to win some stupid competition. Misery loves company, and if I have to endure this country’s failures, I like to see everyone else bear the burden too. Their pain is my pleasure. Their tears sustain me. 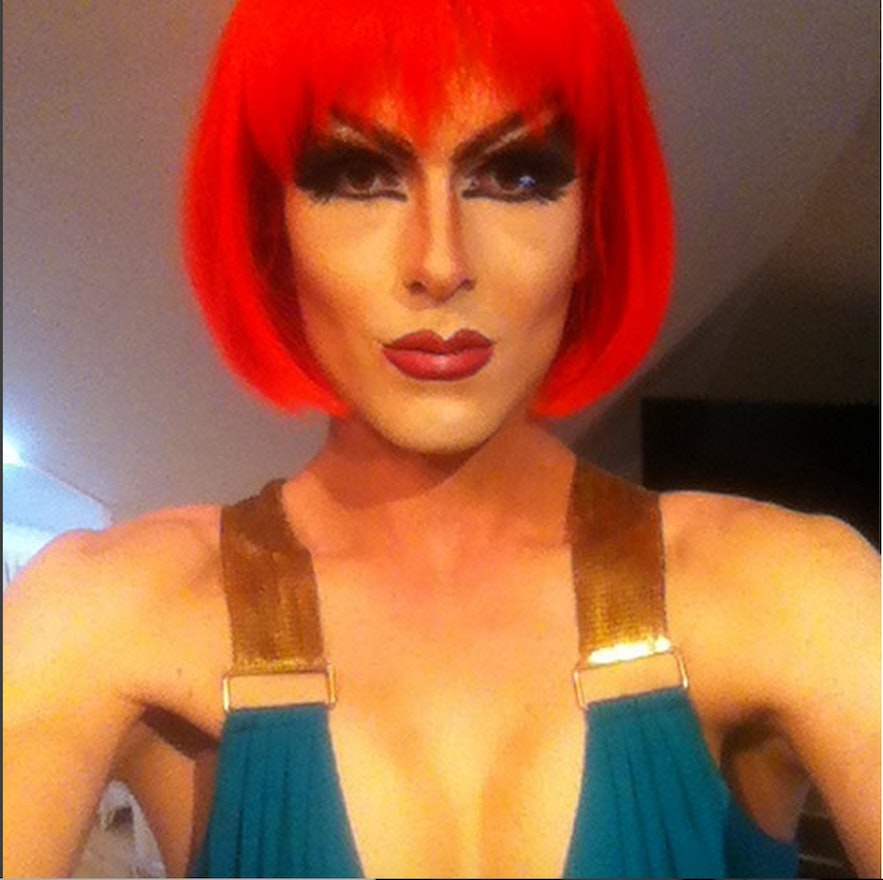