10 Iceland Festivals Worth Attending Once

Iceland is truly a unique country, not just because it's isolated in the Nordic Ocean, but because it has a mentality of its own and simply a lifestyle like no other. Having that in mind, no one would blame you if you thought that Iceland is a calm and boring place, but in fact it sure packs a punch when it comes to music and art in general because it's packed with content.

Therefore, let's shed some light on the glorious Icelandic Festivals that are worth visiting at least once.

Must Visit Music Festivals In Iceland

Starting off with music, Iceland is well known for its rock and metal scene, so it should come as no surprise that there is a lot of music festivals. The largest ones are definitely worth visiting, with two in the winter and one in the middle of the summer.

Just as you celebrated New Year, Sonar Reykjavik comes by in March, on the 16th and 17th in 2018, to be exact. It's based in Reykjavik, as its name suggests and it takes place in one of the most unique and most beautiful concert halls in Europe-Harpa Concert Hall, which could easily be one of the main reasons to visit this festival.

Next up, we have Secret Solstice, that, in 2017 took place from the 15-18th of June and it's also held in Reykjavik. You have a lot of ticket options, ranging from camping site spaces to V.I.P. passes. The camping space one is warmly recommended if you intend on staying for the whole festival, which you should do. Solstice brings in the big names from all around the world and provides a unique atmosphere because it has one secret headliner, so make sure you put it somewhere on your to-do list for next year.

The best thing about this festival though is the unique Icelandic locations where some of the gigs take place, such as ice caves and lava fields.

The last of the big ones is Iceland Airwaves, having a cool name, and since it's held from the 1-5th of November of this year, you can still make it. As with the rest of the festivals mentioned, it's also in Reykjavik and unlike the rest, it's more focused on indie artists and resident Icelanders, so you have a relaxed and calm atmosphere to celebrate the near end of the year and simply enjoy.

There is also a lot of smaller festivals, but they are not as popular as the big ones, but they do give you that memorable experience.

Other Festivals In Iceland Worth Checking Out

Iceland also has a rich culture, so it makes sense that there will be some art, culture and theater festivals. Like any other country, Iceland hosts its own fashion show, called Reykjavik Fashion Festival, which is held in, you guessed it, Reykjavik. This year it was held from the 23-25th of March and provided quite a show. The main idea behind it is to make us use our head and be ourselves and be unique. To ditch the trends and make something new. Exactly this is what sets it apart from the rest of the shows and makes it worthy of a visit.

The most respected festival, however, is Reykjavik Arts Festival, which, unlike the others, is held every other May. It's been around since the 1970s and is host to all kinds of art and performances, ranging from dance, to design and theater acts, which are all spread around the city.

One more festival worth mentioning and visiting is the LungA Art Festival. Want to play some music on the street? Go get a chair or a couple of buddies and hit it. Want to dance on the streets or you're a street performer?

Find a spot and do your thing. The beauty of is that it's open to everything and everyone to do what they want. so if you want to see some random people dancing and having workshops and all kinds of stuff, Oh, and it's also held in a fjord in the East of Iceland from the 10-17th of July. How can you say no to that?

There is also Culture Night, which gives you a sense of the hospitality in Iceland. You, a complete stranger, can go into someone’s home and eat waffles, which, in all honesty, is a great way to meet the locals and get in touch with the culture.

There are also art shows, museum visits, dance shows and lots more. So if you want to dance in someone’s home, while eating fresh homemade waffles, make sure you're in Reykjavik around the 20th of August, because it's usually held then.

For the film lovers, there is RIFF, of Reykjavik International Film Festival. Screening movies for 11 days, usually in September and October, and apart from the cinemas, the movies are played in some cool places. Like a swimming pool for example.

So if you want to take a dip and watch some new independent movies - or old classics, this is the place to be. 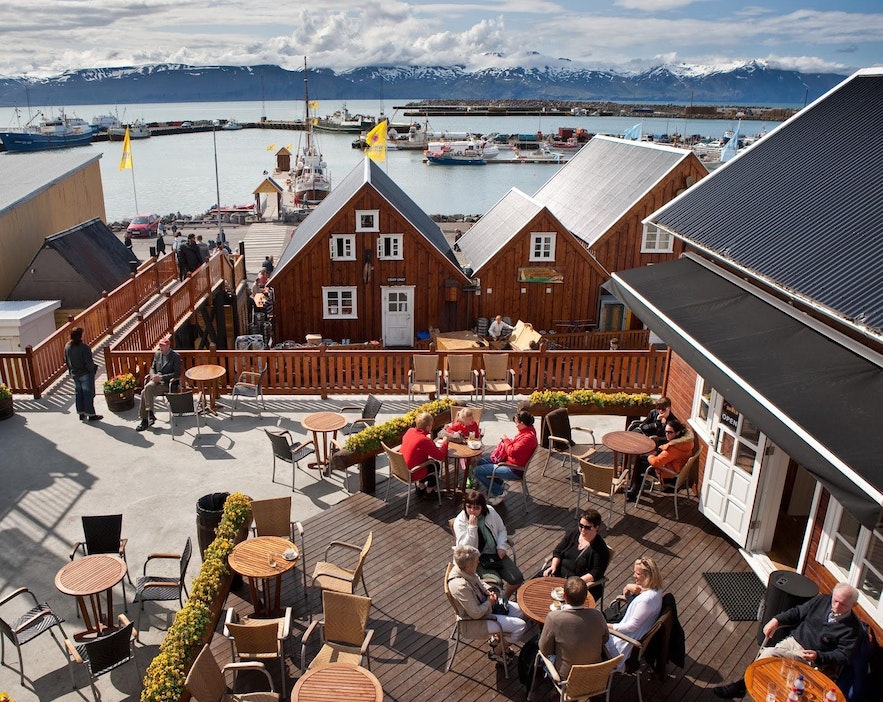 And one more thing that you should visit Iceland for is food. Being surrounded by water, Icelanders eat a lot of fish, but during the Food And Fun Festival, famous chefs from around the world come to Iceland and prepare dishes in cooperation with local restaurants.

There is a menu made for everyone, no matter how much or how little you want to spend on food. The festival takes place in Reykjavik and it lasts for one week, in March. So if you like food, like Iceland, be there in March. You'll probably visit some other festival then as well anyway, at least you can get good food with it.

The verdict: anyone that thought Iceland was dull was very wrong. It's packed with festivals, taking places all the time and is definitely worth visiting some day. If you plan on going, rent a car in advance and get ready to experience a country like no other, filled with exciting events all year round. I promise you will have a blast!