Five Top Things To Do in Vík í Mýrdal

Many people when they think of Iceland, automatically think of the capital city Reykjavik. Whilst Reykjavik is an extremely cool place to visit and somewhere you should visit whilst in Iceland, there are so many other amazing places on the island that need to be seen and explored, especially Vík í Mýrdal which is the southernmost sea front village in Iceland.

There is absolutely no doubt that the Land of Fire and Ice is stunning and people flock to see its natural beauty for themselves throughout the year in their masses. Vík í Mýrdal can certainly hold its own in the breathtaking stakes. Full of natural wonders it certainly is an alluring village and one that cannot be missed when visiting Iceland.

How to get there

Vík í Mýrdal can be found just over 100 miles from Reykjavik, located on the main ring road, also known as Route One, that runs around the island and connects most of the largest conurbations. It is an important place for locals and tourists alike as it is one of the only places that offer services and supplies in between Skógar and the west edge of the Mýrdalssandur glacial outwash plain. It is the perfect place to top up your tank if you are visiting Vík í Mýrdal as part of a self-drive tour because fuel stations are very few and far between.

It is considered to be the warmest place in Iceland, however only by a degree two. During the winter months, temperatures can plummet to below freezing. Vík í Mýrdal is also the wettest place in Iceland and it is not uncommon to see rain even in summer. Therefore, it is important to pack and dress appropriately as weather conditions in Iceland can change frequently.

Even though Vík í Mýrdal is a small village with just under 300 inhabitants, there are many things to see there and more than enough to make the journey worthwhile. Here are five top picks to help you when planning your trip to Iceland.

Five Top Things To Do in Vík í Mýrdal: 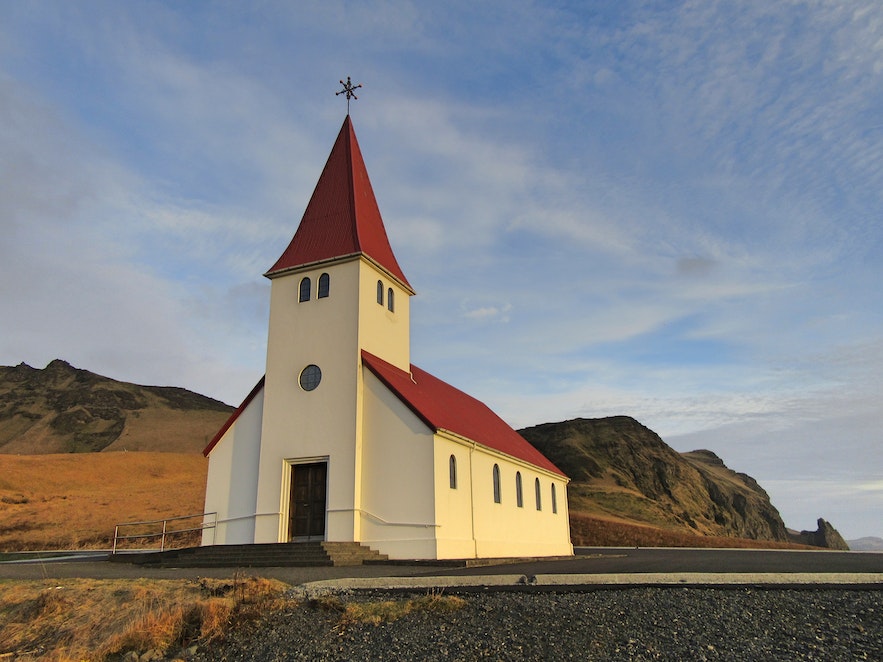 Apart from the amazing panorama of the village and beyond, the first thing that pops into sight as you round the corner into Vík í Mýrdal is the beautiful Reyniskirkja white church up on the hill which was built in 1929. A journey up to it, whether in the car or by foot, is certainly worth it. The building itself is extremely photogenic, as are the views all around it. It is possible to actually get married in this church if you have an Icelandic wedding in mind.

The small peninsula, Dyrhólaey is located just on the edge of Vík í Mýrdal. The name Dyrhólaey means the hill-island with the door-hole which comes from the black arch of lava which stands in the sea in front of the peninsula. The sights which can be seen from Dyrhólaey are stunning, with views of the Mýrdalsjökull glacier, the lava columns of the Reynisdrangar and the south coastline on a clear day. Also, during the summer months, the puffins that can be found on the south coast of Iceland, nest on the cliff faces. 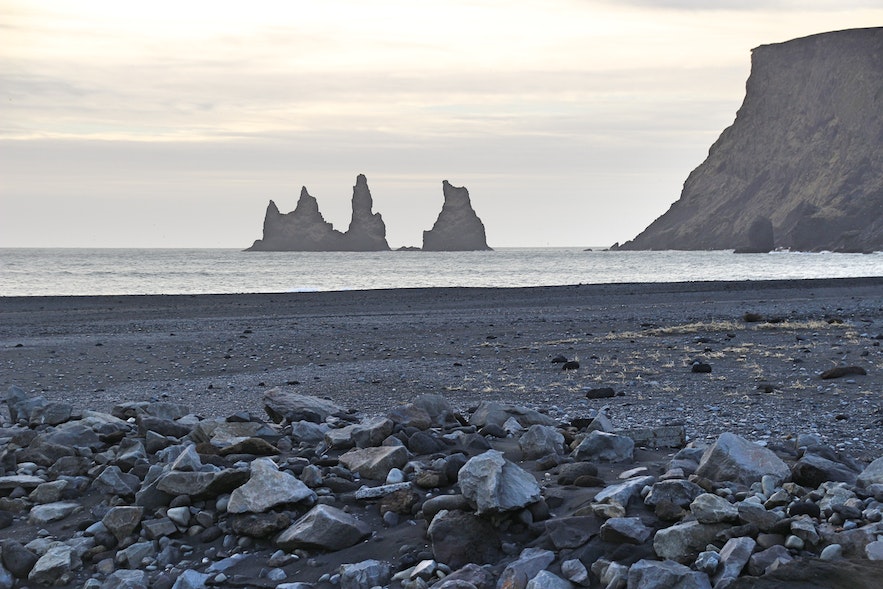 Iceland has several volcanic beaches along its coastlines, but Reynisfjara Black Sand Beach is by far the coolest and most famous on the island. It is easily accessible from the main road running through Vík í Mýrdal and taking a walk on the black sand beach is a must. Together With basalt columns, unique lava formations, towering cliffs, and caves the area is a nature lovers delight.

Located just north of Vík í Mýrdal is the Mýrdalsjökull Glacier which stands at 1,493 m (4,898 ft) in height and covers the upper part of Katla, an active volcano which has a history of erupting every 40 - 80 years. It last erupted in 1918, therefore it is actively being monitored especially after the disruption the Eyjafjallajökull volcano caused when it erupted in April 2010. There are some amazing hiking routes in the area, through breathtaking scenery, so don't forget your walking boots. 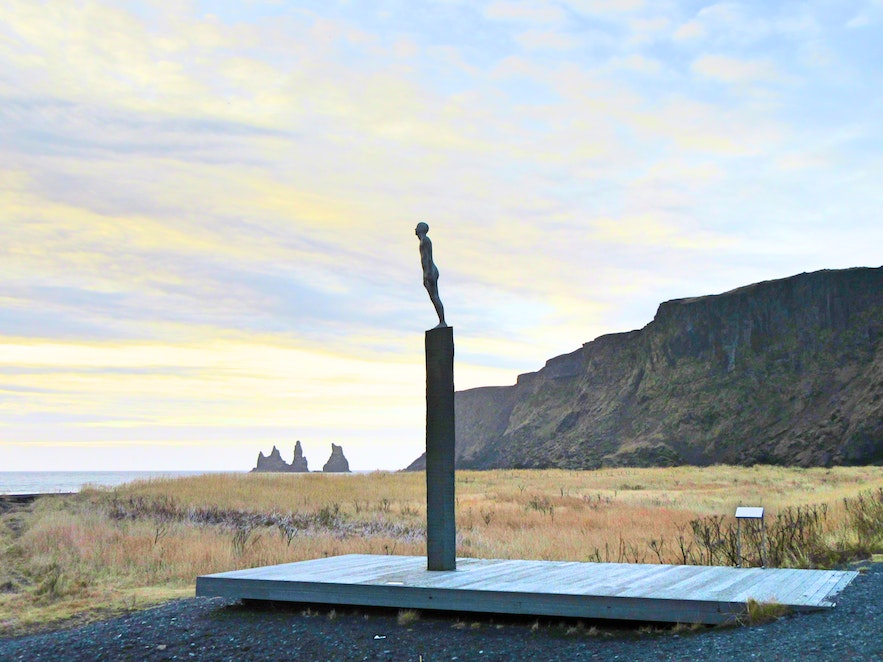 The statue, standing at 1.8m (6ft), is located on the edge of the Black Sand Beach. It was made by Icelandic sculptor Steinunn Thorarinsdottir who's inspiration for the aluminium sculpture was the people who make their living at sea and the families who fear they will not return. A second sculpture was given as a gift to the city of Kingston upon Hull, England in 2006 as a token of friendship.

Vík í Mýrdal is a picturesque village and this is just a hand full of things that you can see whilst there. It really is a true natural beauty complete with breathtaking and unique scenery. It's just waiting to be explored when you visit Iceland.