Those of you who have traveled across Europe - whether that be via the thrill of Interrailing or the spontaneity of backpacking - will know all too well that Iceland isn’t exactly en route to, well, anywhere.

Of course being absent from the backpacker’s classic route and instead slap-bang in the middle of North Atlantic Ocean far away from much of the mainland has its advantages; cleaner waters, less-densely populated areas, unspoiled natural beauty and perhaps most alluring of all for us Europeans, it’s about as far away from Europe’s dramas (Brexit negotiations, avocado shortages - the list goes on) as possible.

Iceland tends to have a reputation as being slightly more on the expensive side by backpacker standards, and for some solo travelers that’s an immediate turn off. Not to mention we’ve all seen the immensely cheap package deals out there that will see you soaking up the major sites - flights and accommodation included - for a few hundred dollars or less, but the majority of these deals tend to be on the basis of two people traveling, so us solo travelers are already on the back foot.

But fear not, having visited recently, I am here to dispel the rumors and tell you that there is a way. Iceland is nothing short of spectacular and, despite being off-the-grid, deserves its place on the solo traveler’s map. Here are just a few tips to help you make the most of Reykjavik and the surrounding areas whilst staying on budget and not compromising on experience.

Here in Europe, we like to walk - it’s in our blood. And much like the cities of Rome, Edinburgh and Bruges, Reykjavik is a city that can easily be done on two feet where its landmark sights are concerned. Having stayed outside of the city center closer to the airport in order to save a few dollars, the only bus journey I took when in the capital was the one that ferried me to and from my hotel. Comfy shoes on and hot cup of coffee in hand, I began my exploration of the city down on Sæbraut Road and worked inland.

Home to Iceland’s most iconic sculpture, the Sun Voyager, the road runs parallel to the water and is one of the most recognizable spots to be found in the city. The Sculpture and Shore Walk is a fantastic way to soak up the seemingly endless coastline formed of jagged mountains and striking blue waters which create a dramatic backdrop to the city. Some of the sculptures en route are obvious, whereas others are more subtle, so you’ll need to keep your eyes peeled. Spoiler alert - it’s chilly down there, so wrap up warm!

From here, head inland towards the city center to begin your search for the city’s glistening lake, prized architecture and hidden historical gems on two feet. It's all a matter of minutes away, so don’t be afraid to hit the streets! 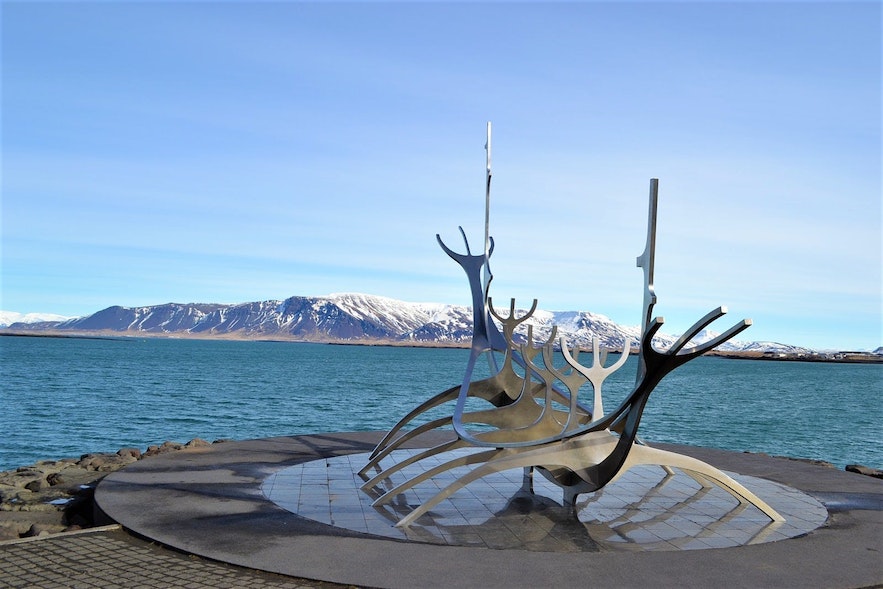 There is of course the Reykjavik City Card, which for all intents and purposes is actually a pretty good deal. Over 72 hours for ISK 5,900 (around $55) you can enjoy unlimited travel, free access to a plethora of art galleries, museums and exhibitions, as well as thermal pool entry - not bad at all.

It's not for everyone though. I’m not a lover of museums. In fact, the only one I visited when in town just so happened to be the Phallological Museum (I don’t know what that says about me as a person), but if you’re a lover of culture and walk the line of ‘sophisticated backpacker’, this is basically your pass to the promised land.

In a country as sparsely populated as Iceland, if you’re restricted on your solo journey by time and money - your answer lies in the humble group tour. Whilst many solo travelers might grimace at the thought of spending time with a bunch of strangers on a bus for hours at a time, I relished it as an opportunity to meet and see the world with like-minded people, the majority of whom turned out to be young, adventurous types.

I took what I’ll dub as ‘the classic’ tour when in town, more commonly known as The Golden Circle which encompasses three of the region’s most spectacular natural phenomena; the Geysir geothermal area, the mighty Gullfoss Waterfall and Þingvellir National Park. Both efficient and time savvy, the tour gave me a decent glimpse at the country's vast landscape and how it changes throughout the seasons - it’s also a great history lesson! 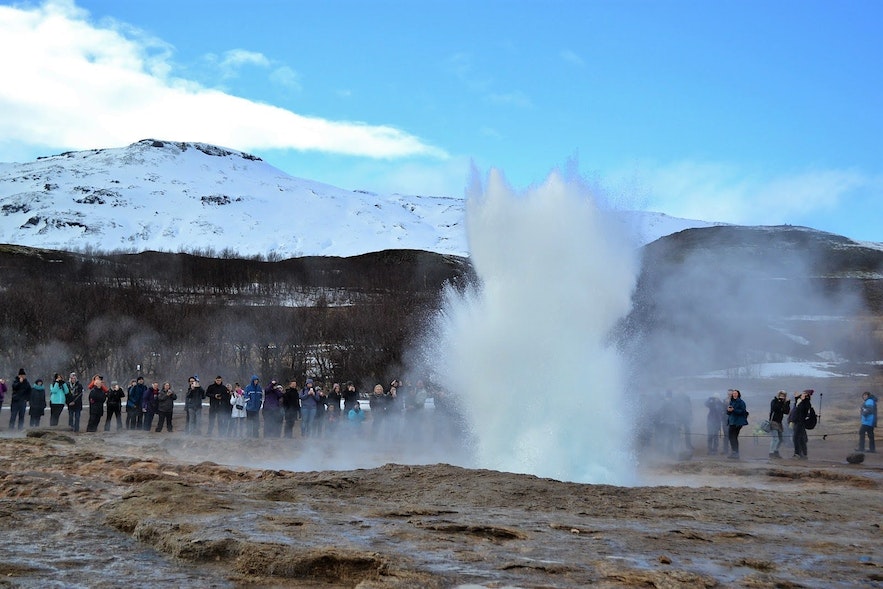 Reykjavik has gotten itself a bit of a reputation as being ‘a festival city’ in recent years, bringing the streets to life with a myriad of arts, music and food festivals throughout the year, especially during those dark winter months. Play your cards right and you could time your visit with one of the country’s exuberant festivals, with everything from Pride to the Secret Solstice Festival finding a place on Reykjavik's streets. I just missed the Winter Lights Festival, which I was slightly miffed about, as everyone I spoke to hailed it as epic. Check out this article about The Top Festivals in Iceland for dates and ideas.

Dining on a Budget

Although I found myself burger-joint hopping throughout my stay out due to a lack of pocket money, I certainly didn't go hungry. Dubbed as the cheapest meal in Iceland, you need to eat here. It was worth the twenty minute wait! 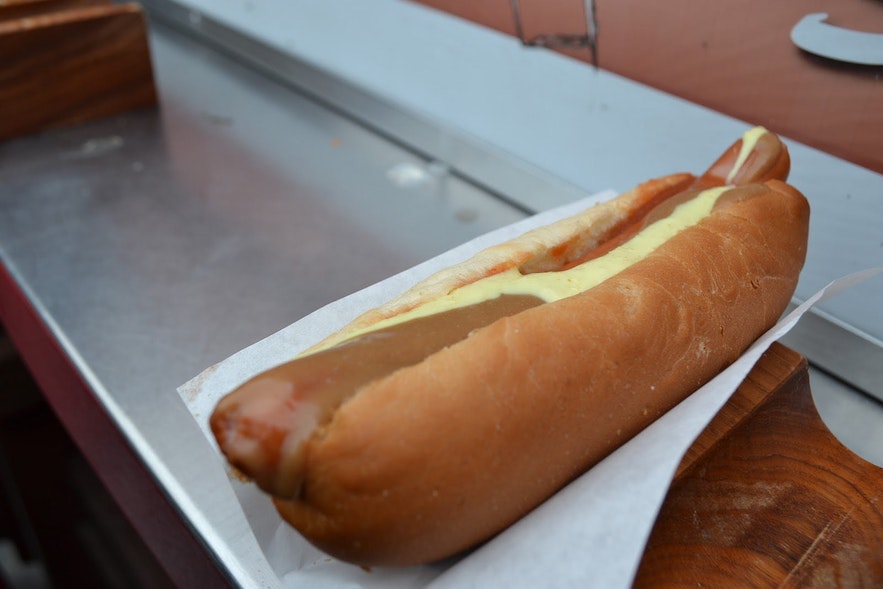 As a solo traveler in search of a simple base from which to explore with nobody else to appease, where you lay your head at night might not be so important. If you’re a hardened all-weather kind of person (and take it from me, you might want to consider becoming an all-weather type of human when visiting Iceland on account of the weather being so flippant) and really want to save on cash, Reykjavik is home to a campsite that will set you back just 2,200 ISK ($21) a night.

Perhaps best reserved for the warmer summer months, the campsite is located within one of the city’s green spaces amid one of the city’s most vibrant neighborhoods, which also just so happens to be home to a hostel or two should it all get too much. Personally, I made the decision to save money by staying closer to the airport, but with an efficient transport network where buses whizzed past my hotel and into the city center every fifteen minutes, I didn’t feel isolated or as if I missed out on not being part of the city center's buzz.

Get On Your Bike

One of my favorite ways to get to know the ins and outs of a city is to ditch the map, forget the guide book and hop on a bike. Exploring the city at my own leisure and becoming lost in its intricacies helped me to discover the real Reykjavik and what makes it one of Scandinavia’s most loved destinations. The streets are calm, the traffic minimal and there are a tonne of biking trails, making getting around stress-free. One of the main reasons people hire bikes is to head across to the Grótta Lighthouse and nature reserve for midnight in hope of catching the show. This is where my plan came unstuck, but the hour or so I spent staring out into the ocean in as I waited in silence was pure bliss.

As ever, wrap up warm because things will get breezy down by the water! 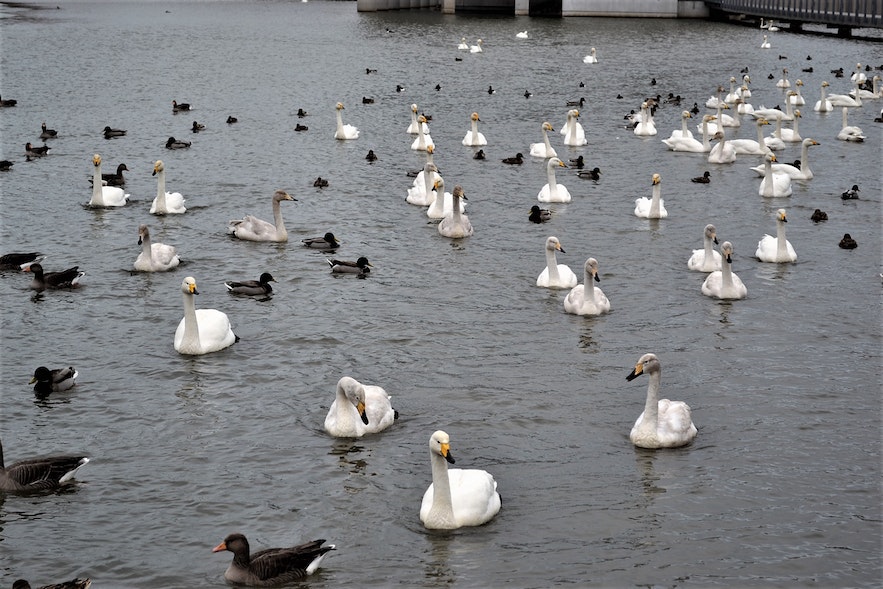 Visit Out of Northern Lights Season

The Northern Lights are a game of chance - a game that I played, and lost. But if there’s one thing I learnt pretty quickly, it’s that there’s more to traveling in Iceland than those theatrical swirls in the sky.

The season runs between September-April, however it’s those chilly winter nights and their jet black skies that provide your best chance of bearing witness to them. If you’re a risk taker (like me) visit at the end of the season or even during the summer months to save on cash as you can camp in summer (but you won't see any Northern Lights).

As winter fades into spring, the once snow-clad streets illuminated only by twinkling lights in the night’s sky make way for a natural playground formed of jagged mountains, expanses of green and a sweeping sea of colorful rooftops. The region makes the most of its contrasting landscape to offer everything from horse riding, whale watching and glacier tours to fishing and arctic running! My favorite activity was hands down the glacier trek, but I've no doubt Iceland delivers during the summer months when it comes to showing off its softer side. 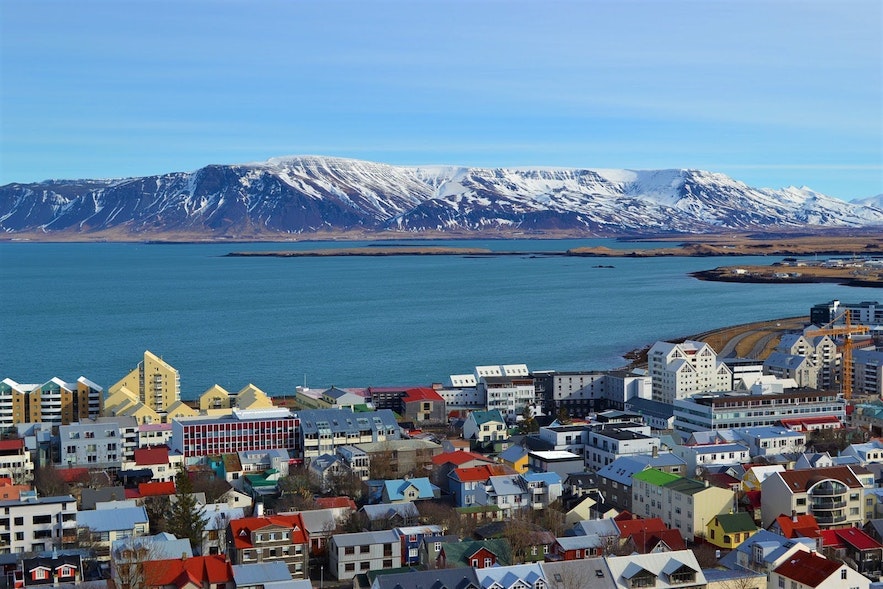 One of the solo traveler's favorite pastimes - the good old fashioned hike. It's liberating, exciting, and doesn't cost a thing. The summer months provide prime conditions to get out there and experience Iceland’s natural beauty in all its glory.

Try a day hike to Þórsmörk to experience the heart and soul of one of Iceland’s most spectacular valleys. Surrounded by three glaciers, the rarity and sublimity of the offering far eclipses any feelings of discontent at having not visited during the Northern Lights season. 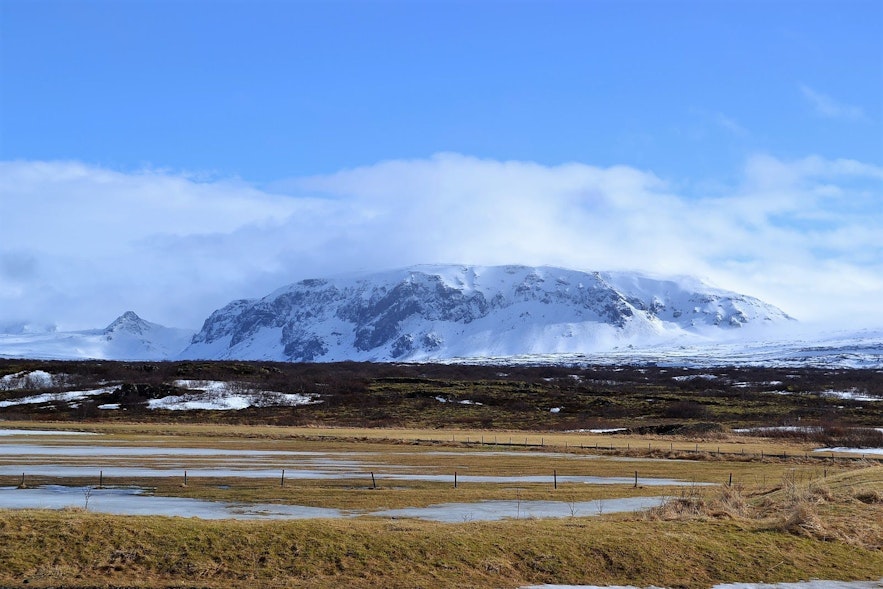 Solo travel can be isolating at times, but one of the major perks of the passion is having an excuse to meet and engage with new people. One of the most exciting and animated times of year to visit Iceland is over the New Year period, and this is exactly my goal for 2017!

It's said that the people of Reykjavik take the celebrations very seriously and come out in full force to welcome in the New Year, with a barrage of fireworks illuminating the skies above the city almost continuously from around 8:30pm, through to the countdown and beyond. Tradition dictates that bonfires are lit around the city where people not only gather to keep warm, but to sing, dance and burn anything deemed to be ‘old’. Celebrations carry on long into the early hours with pubs and bars remaining open until 5am, extending your opportunity to socialize with the locals. See you out there!

All images from Backpacking with Bacon