Hlemmur is a  long-time fixture of Reykjavík’s capital region, serving for the past century as a central transportation hub. Hlemmur now houses a colourful bazaar of world cuisine, nestled among museums, galleries, and shops.

Explore the city on a tour of Reykjavik.

Hlemmur (Icelandic for “pot lid”) traces its name to a small bridge that crossed the nearby creek, Rauðarárlækur. At the turn of the twentieth century, a cistern was constructed, transforming Hlemmur into an indispensable road-side stop for travellers on horseback. Sigurjón Ólafsson’s famous sculpture, “Pack Horse” (“Klyfjahestur”) has overlooked Hlemmur square from its easternmost corner since 2005 in commemoration of the area’s vital role in transportation.

In the early 1970s, architect Gunnar Hansson designed Hlemmur’s distinctive hub, in the then-popular high-tech style. When it finally opened its doors in 1978, it was abuzz with marketplace activity, but soon the open and airy floorplan fell into disrepair and its small shops moved out. Throughout the 1980s, it was known as a haven for punk rockers and the destitute, which was the subject of Ólafur Sveinsson's 2002 documentary Hlemmur.

Bars and Restaurants around Hlemmur

But in 2017, Hlemmur underwent a renaissance, returning to the ideals of its architect. Hlemmur Mathöll replaced the then-vacated building, offering a smorgåsbord of ethnic cuisines and delectable drinks.

But aside from this bustling food market, there are several options adjacent to the main hub, like the luxury hostel and restaurant Hlemmur Square, which has an outstanding happy hour from 4pm-8pm inside its cosy lounge. If you’re in the mood for Thai, a trip to local favourite Mai Thai—which doubles as an Asian grocer--may be in order. For travellers on a budget, Noodle Station is a safe and tasty bet.

Nearby Museums and Galleries

Not only is Hlemmur host to a variety of eateries, but it’s also home to museums and galleries, the most-famed of which is the Phallological Museum. But if that particular hall of natural wonders isn’t your cup of tea, Gallerí Fold is just down the street, along Rauðarárstígur. Gallerí Fold is open to all and hosts both online and traditional art auctions if you’re looking to bring home your own pearl of Icelandic art.

While you’re heading along Rauðarárstígur, Kjarvalsstaðir, named after one of Iceland’s most revered artists, Jóhannes Sveinsson Kjarval, is another important mecca of modern art.

Float Away the Jetlag

One of the area's most unique offerings is Hydra Floatation Spa, in which you float in a private pod with Epsom salt for one hour of stress-reducing sensory heaven.

Although Hlemmur is located right downtown, along Laugavegur, the main street for shopping, bar hopping, and fine dining, it’s also the central bus (strætó) hub in and out of the city. Most bus lines stop at Hlemmur, and modernist bus shelters provide a shield from the wind on blustery days. The Strætó app is a handy tool to help you get to your next destination. 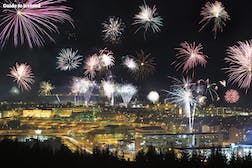 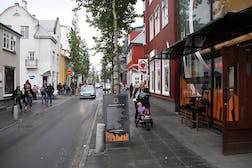 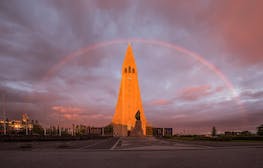 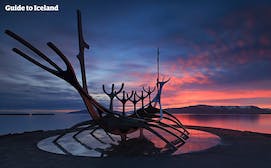