The Ofaerufoss waterfall, spelled Ófærufoss in Icelandic, is a spectacular sight in the Icelandic Highlands.

The waterfall is located in an off-the-beaten-track location where trekking is required. Travelers may also see it through this Highlands Hiking Tour or a Sightseeing Flight Tour over Landmannalaugar and Skaftafell. Others can also explore Ofaerufoss and its surroundings through self-drive tours.

Ofaerufoss, also known as "the impassable waterfall," resides in the Nyrdri-Ofaera river. It is a two-tiered waterfall cascading down huge rocks covered in rich green moss, into the Edlgja chasm, in the Vatnajokull National Park.

This highland waterfall can only be accessed from July to September.

Ofaerufoss waterfall is approximately 130 feet (40 meters) tall and falls into the Eldgja chasm in two cascades.

Eldgja, where the waterfall falls, is located in the western part of the Vatnajokull National Park. However, the chasm where Ofaerufoss cascades is just outside the park's borders.

In addition, reaching it requires a lengthy drive and strenuous hike in the Icelandic Highlands.

Its monicker, the "impassable waterfall," is born from the area's geology and the river that feeds it, Nydri-Ofaera, which boasts a similar name.

The Beauty of Ofaerufoss Waterfall

However, Ofaerufoss is particularly unique, as a two-tiered waterfall which formerly had a natural arch that spanned the second level. However, in the early 1990s, the bridge collapsed due to natural causes during a spring thaw.

Some argue that the waterfall was even more beautiful with the arch, which is rare in nature. However, even without it, the waterfall's appeal did not diminish, and its full cascade has become more visible.

Around its area, the waterfall is rugged and mystical, and dark volcanic rocks with vivid moss surround it.

The river that feeds it has a strong and swift current, making it more challenging to navigate and foot. Due to this, people seldom visit it making it more magical due to its almost untouched nature.

Other Attractions Near Ofaerufoss Waterfall

The Ofaerufoss waterfall is a gorgeous attraction and one that no one should miss when they visit the Icelandic Highlands. However, aside from the waterfall, there are many other highland attractions worth combining with a visit.

Those attractions include the Eldgja Canyon, the Lakagigar craters, and the Landmannalaugar.

Eldgja canyon is the biggest volcanic canyon in the world and resides in the Icelandic Highlands. It is also believed to be part of Katla's crater system.

The canyon is also known as the "fire canyon" due to a powerful basalt fissure eruption in the 10th century. The explosion was so powerful that its effect transcended borders and devastated climates across Europe and beyond.

Eldgja's fissure is around 31 miles (50 kilometers) and stretches from the Myrdalsjokull ice cap to the Vatnajokull ice cap. Moreover, its most spectacular part, located northwest of the fissure, is about 1312 feet (400 meters) wide and 492 feet(150 meters) deep.

The Eldgja's fissure is where Ofaerufoss cascades. In fact, when people stop by this part of Eldgja, they are only visiting a few miles of the fissure that contains the hidden gem of the Ofaerufoss waterfall.

Due to its rugged terrain, one of the best ways to visit Eldgja is with a 4x4 vehicle. 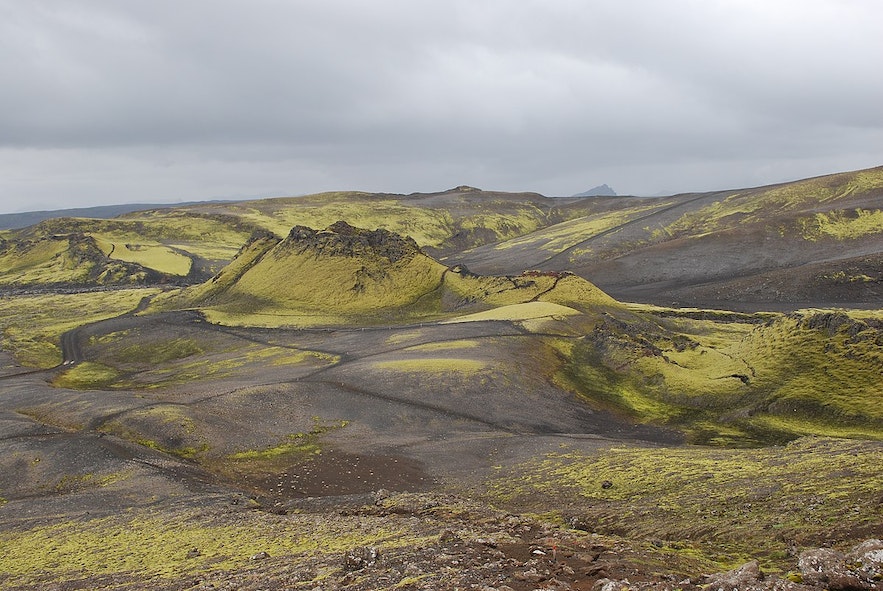 Photo from Wikimedia, Creative Commons, by Chmee2. No edits made.

The ash cloud poisoned crops and livestock, blocked ports, and obscured the sun, destroying harvests. This plummeted much of Europe into famine, including France, and the effects of the eruption were a significant catalyst in the French Revolution.

Now, parts of the craters are covered in moss, and the site is extensive.

The area is only accessible during the summer, from June to September, when the Highlands roads are open. Moreover, there's a visitor trail available where travelers can learn more about the craters, including their stories and the natural environment surrounding them.

Landmannalaugar is another stunning site in the Iceland Highlands located west of Ofaerufoss. Travelers can access it comfortably by riding a 4x4 jeep. The adventurous can also choose to embark on the multi-day Laugavegur trail.

Landmannalaugar is made up of rhyolite mountains, which cast different shades of color, making it look magical.

Travelers planning to visit Ofaerufoss should plan ahead since the Highland roads to the waterfall are not open all year round. Even in summer, they may open late or close early due to snow.

The Icelandic Highlands is rugged, and it takes several roads to reach the waterfall's location. Due to this, visitors are need to take a 4x4 vehicle.

To go to Ofaerufoss, first, travelers need to reach the village of Kirkjubaejarklaustur, which is 43.5 miles (70.1 kilometers) southeast of the waterfall. Travelers can drive a car or get there on a private tour.

From the village, travelers must drive north to the Ofaerufoss parking lot. A trail marked for hiking from the parking lot will take travelers to the bottom of the gorge, with a viewing deck to get closer to the waterfall. The hike may take around 30 to 40 minutes.

Things to Remember Before Going to Ofaerufoss 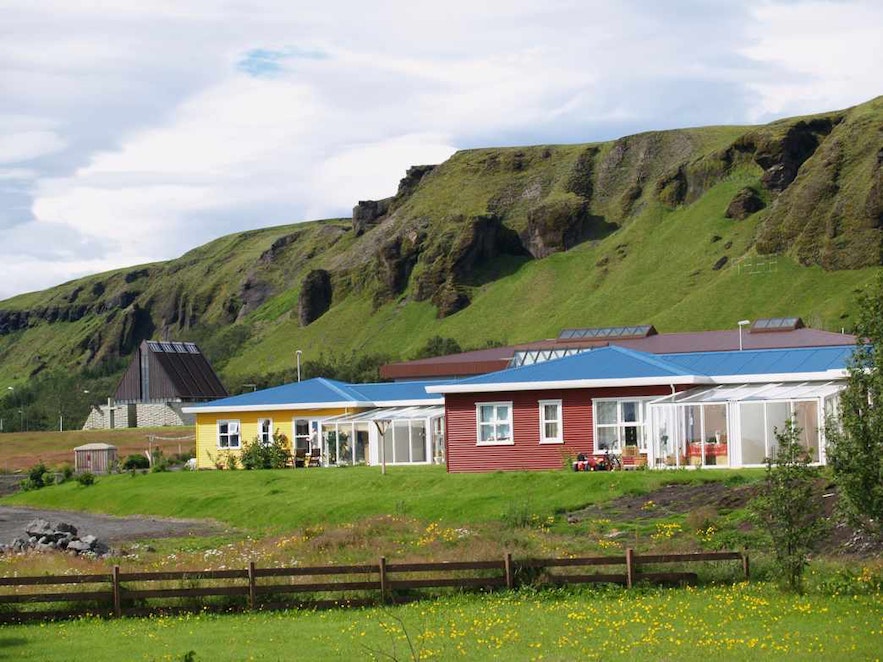 Photo from Wikimedia, Creative Commons, by Varp. No edits made.

Travelers can access the nearest restaurants and supermarkets at Kirkjubaejarklaustur before continuing to Ofaerufoss. Some hotels and guesthouses are available in the village and on the main road to the waterfall.