Háifoss is 122 metres (400 feet) tall, meaning the only waterfalls larger than it in the country are Morsárfoss (240 metres, or 787 feet) and Glymur (198 metres, or 650 feet). It is fed by the river Fossá, which feeds into the longest river in Iceland, the Þjorsá.

A second waterfall falls right beside Háifoss, albeit from a lesser height and with less power. This feature is called Granni, which translates to ‘Neighbour’. Both can be seen together from the viewing area on the south side of the falls, in close enough proximity to be photographed in a single frame.

Within sight of Háifoss is the volcano Hekla, one of the country’s most notorious and explosive volcanoes; it has gone off over 20 times since the country’s settlement, earning the nickname ‘the Gateway to Hell’. The area around Háifoss is, like much of the rest of the country, steeped in folklore. It was said to be the home of an ogress, who would fished trout from the falls and threatened any who came too close.

A group of travellers including a teenage boy were camping by the river, when he threw a rock in it. This was seen by the ogress, who was offended at the act on what she considered her property. She thus waited until nightfall, when it was safe for her to emerge.

She snuck up to the boy’s tent, lunged in, and began to drag him out by his feet. The boy’s friends, however, woke, grabbed his arms, and began a tug-of-war to save his life.

Had they not been present, he would likely have met the fate of many others in Icelandic tales, and been killed and eaten by the ogress. As it were, however, they managed to free him. The boy, however, was terribly injured and spent a month bedbound after the assault.

Ogres and ogresses are not as common in Icelandic folklore as trolls, which are purely Scandinavian in origin, but there are other examples of them. The most famous is Grýla, an ogress whose thirteen children (which she bore with a troll) became the Yule Lads, or devilish interpretations of what we consider Santa.

She was also known for her giant cat, which snatched away children who did not get clothes for Christmas (motivating them to do their sewing and knitting before the date arrived), and her appetite for the young.

Reaching Háifoss requires a four-wheel-drive vehicle, as it goes over a bumpy gravel road. It is easiest to reach in the summer months. This road takes you to a car park south of the waterfall, from which you can take a short hike to the perfect viewing spot.

The falls can also be hiked to, by following the river Fossá from the reconstructed farm of Þjóðveldisbærinn Stöng, which was destroyed by an eruption in the Middle Ages. 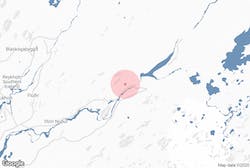 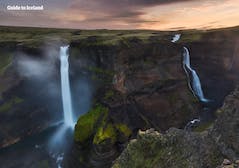 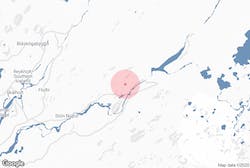 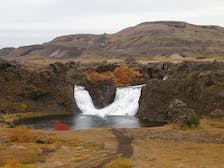 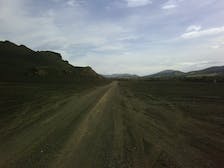