Embark on a fun-packed 4-day adventure that is tailored to those who take pride in unconventional outdoor travel!

In addition to the famed sights of the Golden Circle and the Blue Lagoon, you will also see the beautiful waterfalls and majestic glaciers of the South Coast. Combined with glacier hiking and snowmobiling, you will enjoy a roller-coaster ride of Icelandic nature.

This trip is best for adventure lovers and those who want to see Iceland off the beaten path. You will start your trip in the lava fields with a visit to the Blue Lagoon hot spring. Its natural heat and skin-smoothing algae will comfort you and ease the tension from tired muscles.

Then spend some time in the capital of Reykjavík. Find your favorite specialty coffee shop, or sample the pastries at a local bakery to energize yourself before you head off to the countryside for some unforgettable experiences. This tour has more hiking and physical activity than some, so be sure to embrace quiet moments to recharge and get ready for the next adventure.

Your experienced guides will take you from the coast to the glacial mountains, behind the mountain valleys where you can take a dip in a hidden, hot spring, and to geothermal fields where you will see great geysers hurl their water sky high.

Take a one-of-a-kind vacation to see and feel this strange land. You will not find such an exciting offer anywhere else. We'll handle transportation arrangements, accommodation, and all the bothersome details. Your only job is to get to Iceland and have a good time.

Due to limited availability and high demand, book this tour early for an unparalleled vacation in Iceland! Check booking availability now by choosing a date. 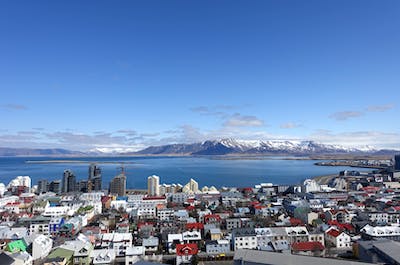 Welcome to Iceland! As soon as you land, your adventure will start. You'll be picked up by our drivers, who will take you through the black lava field that surrounds the airport.

On your way to Iceland's capital city, you could choose to make a stop at the Blue Lagoon. This world-renowned spa is known for its healing waters, vivid azure colors, and luxurious treatments. It is located in the middle of a moss-covered lava field, giving it an otherworldly atmosphere. If you add the Blue Lagoon, it will be arranged according to your flights. If there is no time to visit the lagoon today, it can be added to another day. Your travel consultant will be able to arrange this for you. There is still plenty to see and do in Reykjavik if you have extra free time.

After this introduction to the harsh and fascinating Icelandic landscape, you will have the afternoon and evening in the northernmost capital in the world, known for its great selection of restaurants and cafés. Settle into your hotel, then take a walk in the city area, visit the tower of Hallgrímskirkja church or just browse the many boutiques downtown. The city has something for everyone! 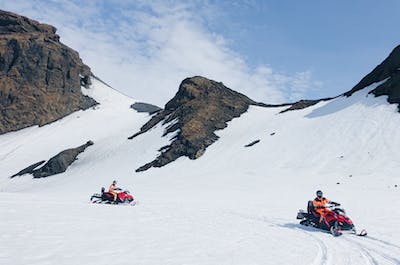 Day 2 - Wonders of the Golden Circle and Snowmobile Adventure

You'll have an early start today to embrace a day full of adventure.

Your guide will pick you up at your hotel and head out to some of the most incredible sights in southwest Iceland: the famed Golden Circle. This route takes you to three best-known attractions of Iceland: the Þingvellir National Park, the Great Geysir, and the Gullfoss waterfall.

The first stop is Þingvellir, a UNESCO World Heritage Site where the tectonic plates of Europe and America meet. The age-old friction between the two giant continental plates has created a dynamic landscape of clefts and fissures. No wonder Iceland is called "the most beautiful scar on planet Earth" by many. The name Þingvellir means "parliament fields," and Iceland's first parliament was founded there more than a thousand years ago.

Your next stop is the Haukadalur valley, where the hot springs and geysers keep their court around the king, the Great Geysir, from which all the geysers around the world derive their English name. The hot springs wear a full spectrum of colors, caused by the abundant minerals in the water, always bubbling and bursting into the air. The greatest one is Strokkur, "the churner," whose blast can reach up to 197 ft (60m)! Just remember to stand upwind and be cautious around the hot water.

Your last stop is Gullfoss waterfall in the glacial river, Hvítá. This massive bulk of water rushes to the canyon below at 140 m³/s. The "Golden Waterfall" drops approximately 40 m (130 ft) in a tiered, two-plateau display. You can head out, carefully, on the pathways by the waters to feel the ice-cold droplets fall like rain, thrown into the air by the waterfall's awe-inspiring power.

After the spectacular display put on by nature, you will embark on the exciting adventure of the day. Riding a super jeep in giant wheels and heading up into the Highlands is already an experience to behold. Once reaching atop "the long glacier" of Langjökull, you will get on the coolest transport in this icy nation: the snowmobile.

Sometimes called "snowcats" by locals, those belt-driven speed machines are a perfect way to enjoy the white expanse and fly over the centuries-old ice. A short drive into the glacier, and you'll be immersed in a panorama of white ice and blue sky; here, you will understand the feeling of being at the end of the world. What would you do if you were the last person in Iceland?

Having had your fill of adventure, you'll be brought back from the edge of the world to the northernmost capital and spend the night once more in Reykjavik. 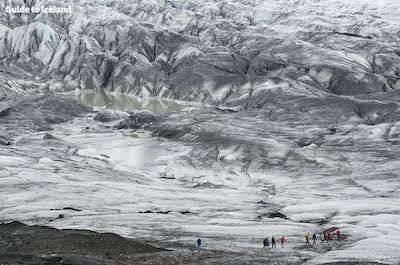 The south coast of Iceland is famed for its diversity. Prepare for a long day to fully enjoy its magnificence and darling secrets. After heading out early in the morning, your first stop will be the lovely Seljalandsfoss waterfall, leaping over an inwards tilted cliff face, forming a small green oasis that is easily accessible. You will see the waterfall from an unusual angle: from behind.

The next stop is the vast and majestic Skógarfoss waterfall which falls in an impressive 39-foot (12-meter) curtain from the great heights of the Southern Highlands. The ground leading up to this magnificent natural feature is quite flat, allowing you to get close to its thunderous spray. Be careful not to get too wet!

You will then continue along the coast, taking in the dazzling scenery, traveling alongside the notorious Eyjafjallajökull glacier volcano that famously caused quite a stir during its 2010 eruption.

Nearby, you will leave the beaten path and travel up to Sólheimajökull glacier, where our experienced guide takes you up to the high, snowy back of this bright giant. Sólheimajökull is a glacial outlet of Mýrdalsjökull glacier, Iceland's fourth-largest ice cap, which sits atop the famous volcano, Katla.

All professional gear is provided, and your expert guide will advise you on how to use all of the equipment and give you a few tips about glacier hiking. As you find yourself atop this icy giant, you can take in the serene surroundings of this remote location as well as marvel at the brilliant panoramic views of the coastline and Highland interior.

After this, you will head back to Reykjavik, with a few new experiences in your hiking scrapbook, for a night in the city and some well-deserved rest. 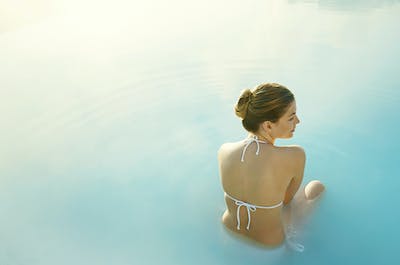 Your last day in Iceland has arrived! For those who have a later flight and choose to visit the Blue Lagoon today, you will finish off your stay unwinding before you head to the airport. This is the perfect place to relax as you bathe in the warm, mineral-rich waters as you look back on the incredible adventure you have just taken in the land of fire and ice. If your flight is later, there are plenty of things to do in Reykjavik. If you have an early flight back home, we wish you a pleasant journey.

Be aware that the tours on this trip will be long and a bit challenging on the body, ut you will be rewarded with great fun and memories to savor for years!

Although it is summertime, the Icelandic weather can be very unpredictable. Please bring appropriate clothing. Please be aware that your itinerary may have to be rearranged to better fit your arrival date and time.

See our accommodation levels below and our preferred accommodation partners under each day in the daily itinerary. Super budget level accommodations will be arranged in hostel dorm beds. For budget and comfort levels, bookings for one person will be arranged in single rooms, and bookings for two or more people will share a twin/double or triple room(s). For quality level, odd number groups will always be allocated a single room. If you are travelling in a group, but prefer a single room, please make separate bookings. Teenagers and children will be arranged in the same room with parents. If additional room(s) is needed, additional costs will incur. Guide to Iceland will provide you with the best available accommodation at the time of your booking from our preferred partners. If our preferred partners are fully booked at the time of your booking, we will find another suitable accommodation for you of similar level. We always do our best to accommodate special requests, which may incur additional costs. Press choose a date to find availability.

Dormitory beds with shared bathrooms in guesthouses or hostels, such as HI Hostels. Located in the capital region. Breakfast is not included.

Private rooms with shared bathroom in guesthouses or hostels such as Capital Inn Guesthouse. Located in the capital region. Breakfast is not included.

Rooms with a private bathroom at three-star hotels such as Hótel Klettur, or quality guesthouses. Located in the city centre or in close vicinity. Breakfast is included.

Rooms at four-star design hotels in the city centre with a private bathroom at the absolute best locations downtown such as Hotel Alda. Breakfast is included.