Experience something very few travelers in Iceland get to and take two days to visit the Westfjords in the winter. If you are seeking incredible, snowy landscapes far from the crowds, then this is the tour for you.

Flights from Reykjavík’s Domestic Airport to the town of Bíldudalur are included in the price of this tour, as is a two-course-meal and hotel accommodation for the night.

After arrival in the Westfjords, you’ll spend all of your first day seeking out incredible sites. These include the westernmost point of Europe, the Látrabjarg cliffs, which even in winter are home to many birds, and the golden-sand-beach Rauðasandur.

On your second day, you’ll witness the diverse natural beauty of Arnarfjörður fjord, and learn all about its history and folklore. Following that, you will head to one of the most beautiful waterfalls not just in Iceland, but the world: Dynjandi.

Wildlife lovers will also be pleased to know that you will be looking out for seals throughout your journey and that the fjords of the Westfjords are bountiful with life, meaning you always have a chance of seeing whales and dolphins.

Those seeking to see the aurora borealis may also have their chance on this trip.

Immerse yourself in untouched winter landscapes, with this two-day tour to the Westfjords. Check availability by choosing a date. 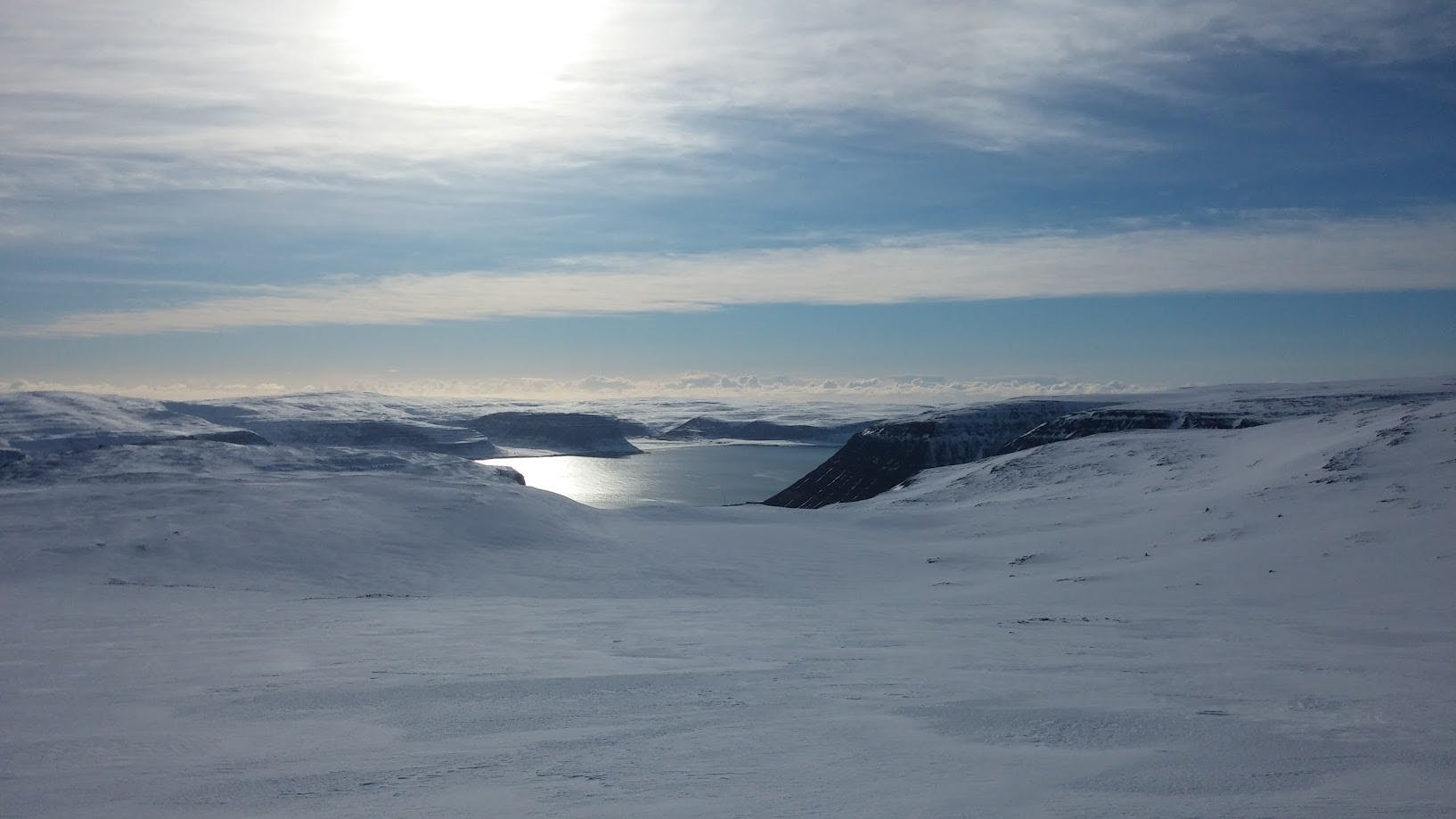 On the morning of day one, you will take a thirty-five-minute flight from Reykjavík to the Westfjords. Your guides will meet you at the airport in a super jeep that is more than capable of handling the snowy mountain roads of this region in winter.

You will first head to Látrabjarg, a cliff fourteen-kilometres long and up to 440 metres tall at its highest. In summer, millions of birds nest here, but in winter, the number is much smaller as the migratory species have long gone. Even so, its scale and the views from it are awe-inspiring.

Látrabjarg has been the site of many shipwrecks. One particularly notable incident occurred when a British trawler capsized, and the sailors were stranded far below. They would have no doubt died if not for the local farmers; used to scaling down the cliffs on ropes to collect bird eggs, they descended to the bottom and conducted one of Iceland’s most memorable rescues, hauling all the sailors to safety.

After seeing Látrabjarg, you will head to Rauðasandur beach. While most beaches in Iceland, such as those along the South Coast, are home to black sands, on Rauðasandur they are golden, pink and red, making it a very unusual site in Iceland.

You will be spending a night in a hotel in the settlement of Patreksfjörður, where you will have a two-course meal and a chance to bathe in a hot tub. Before you reach it, however, you will head to another beach in hope of seeing a seal colony.

Don’t forget to hunt for the Northern Lights come nightfall. 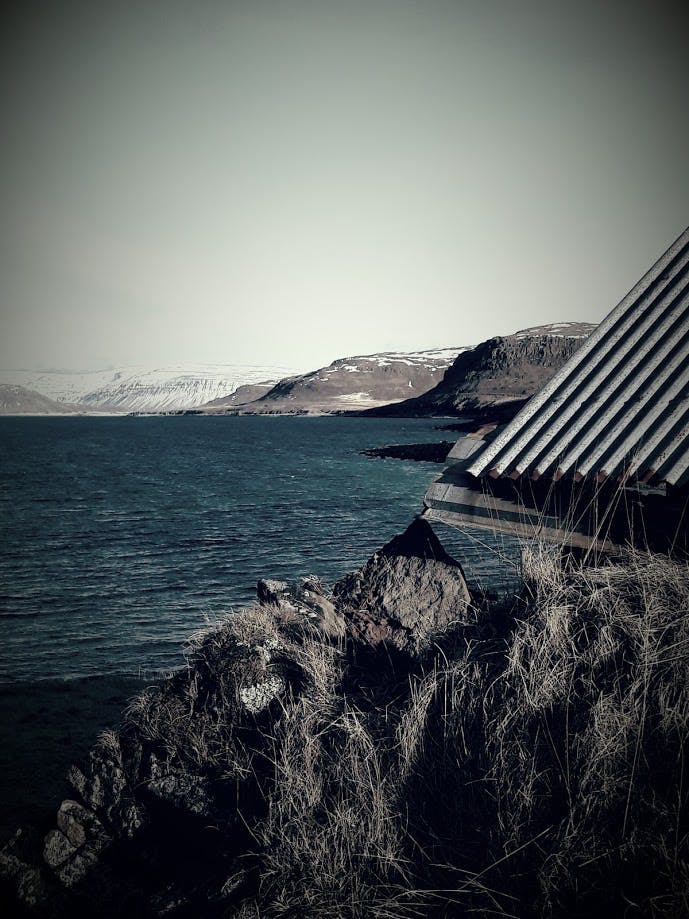 On your second day, you will head to a fjord renowned for its folklore, Arnarfjörður. It is said that many monsters lurk beneath the surface of the sea, and in the little inlets and coves, sorcerers are hiding. Seeing the site in its winter colours will leave you in very little doubt as to why it was looked at with such superstition.

You will then head to perhaps the most incredible feature of the Westfjords, Dynjandi waterfall. Dynjandi is a spectacular site; the path leading to it is home to many smaller falls, yet even so, it has no competitor in terms of scale and beauty. From a height of 100 metres, it tumbles in many steps, foaming white and caked in ice.

After walking through this otherworldly area, you will return to your super jeep, and your guides will get you to the airport in time for your flight back to Reykjavík.