Book your trip
Rent a car
Vacation packages
Explore Iceland
COVID-19 information & support
Book your trip now
Guide to IcelandConnect with localsNils JessenRingroad Selfdrive Tour - 4th Day - In 8 Days around the Island
Jump to chapter
Mobile-light-dinnerInterested in your own Ringroad-Selfdrive-Experience?!

Ringroad Selfdrive Tour - 4th Day - In 8 Days around the Island

Following route 1 – also called the ringroad – we took a car all the way around Iceland. This is Day 4.

A day without a waterfall? Not with us! Today: Dettifoss, the most powerful waterfall in Europe. You can’t really describe it – you just have to see it! 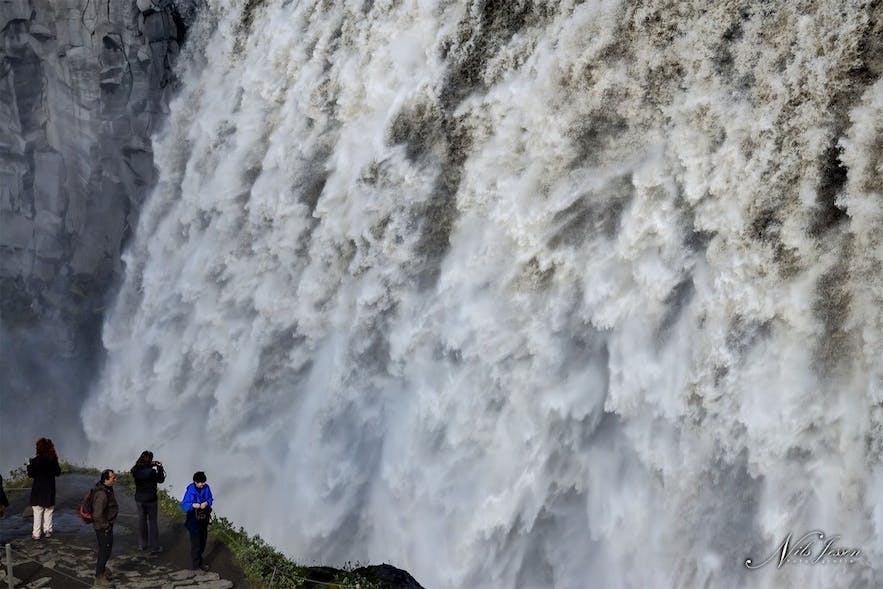 (A short comment for those of you who plan to travel there once: There are two streets leading to this waterfall, but Road 864 is not really worth the name “road” – so in any case, take Road 862! Otherwise you will definitly need an off road vehicle – and a damn good insurance!) 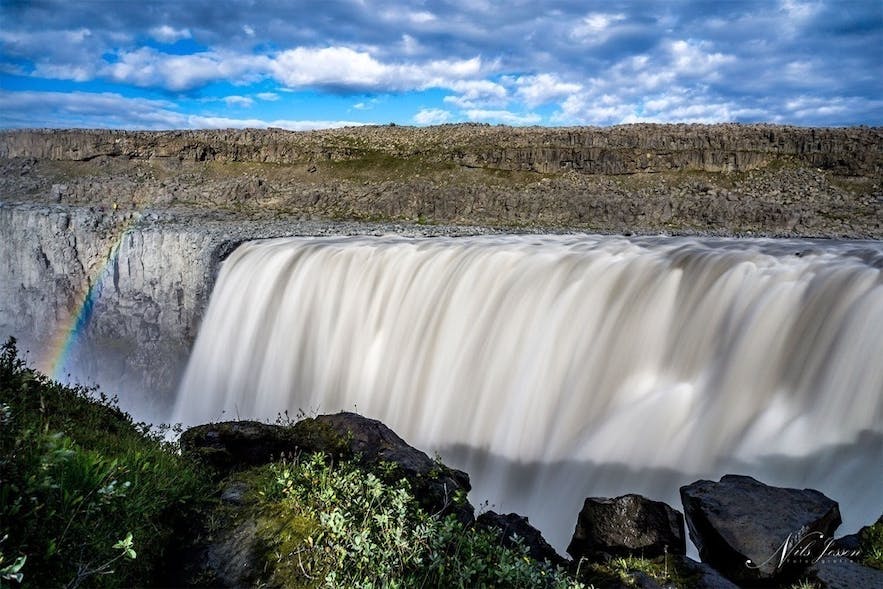 Back on the street and further through the north…

I like how that sounds, “through the north” – somehow mystical, almost magical. In fact, we found out that Northiceland was the filming spot for the sequences “north of the wall” in the Game-of-Thrones series. And allthough it was summer when we were there, we frequently felt like Tyrion Lannister, standing on the wall for the first time and looking at the other side. (Yes, just looking, not the other thing :p)

The area around Lake Myvatn is known for its high geothermal activity, which means in particular: Lots of sulfur. After having passed a laboratory class in organical chemistry, I have gained a certain prudence concerning sulfur. And while I walked over the sulfur crusted ground of Hverir, my first thought was: Oh, somebody must have done something awfully wrong. Followed by a backflash to the day, when I tried to neutralize sulfuric acid for over two hours. And THEN I started to admire the beautiful landscape. 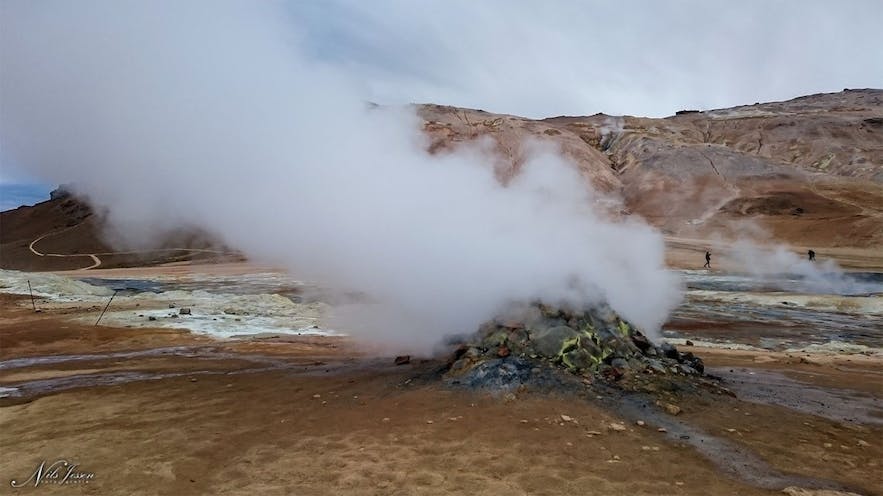 On the vulcano Krafla we set up a timelapse for a change. (I really need an emoticon that rolls its eyes! :D) To make it worth the while, we hiked around Krafla not one, but two and a half times – As a timelapse really takes its time! 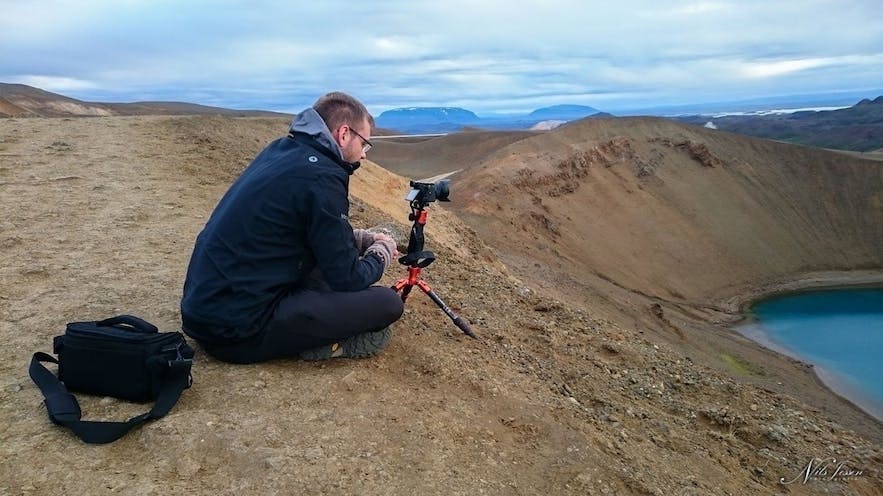 To be honest, I always pictured a vulcano totally different in my mind. For a moment, I was even disappointed to find a sea in the crater instead of hot lava – Which is kind of stupid, if you think about it, I know.

Apart from this, the fossilized and ragged landscape is really fascinating! And everywhere you find small white flowers beneath the rocks and the sulfates… 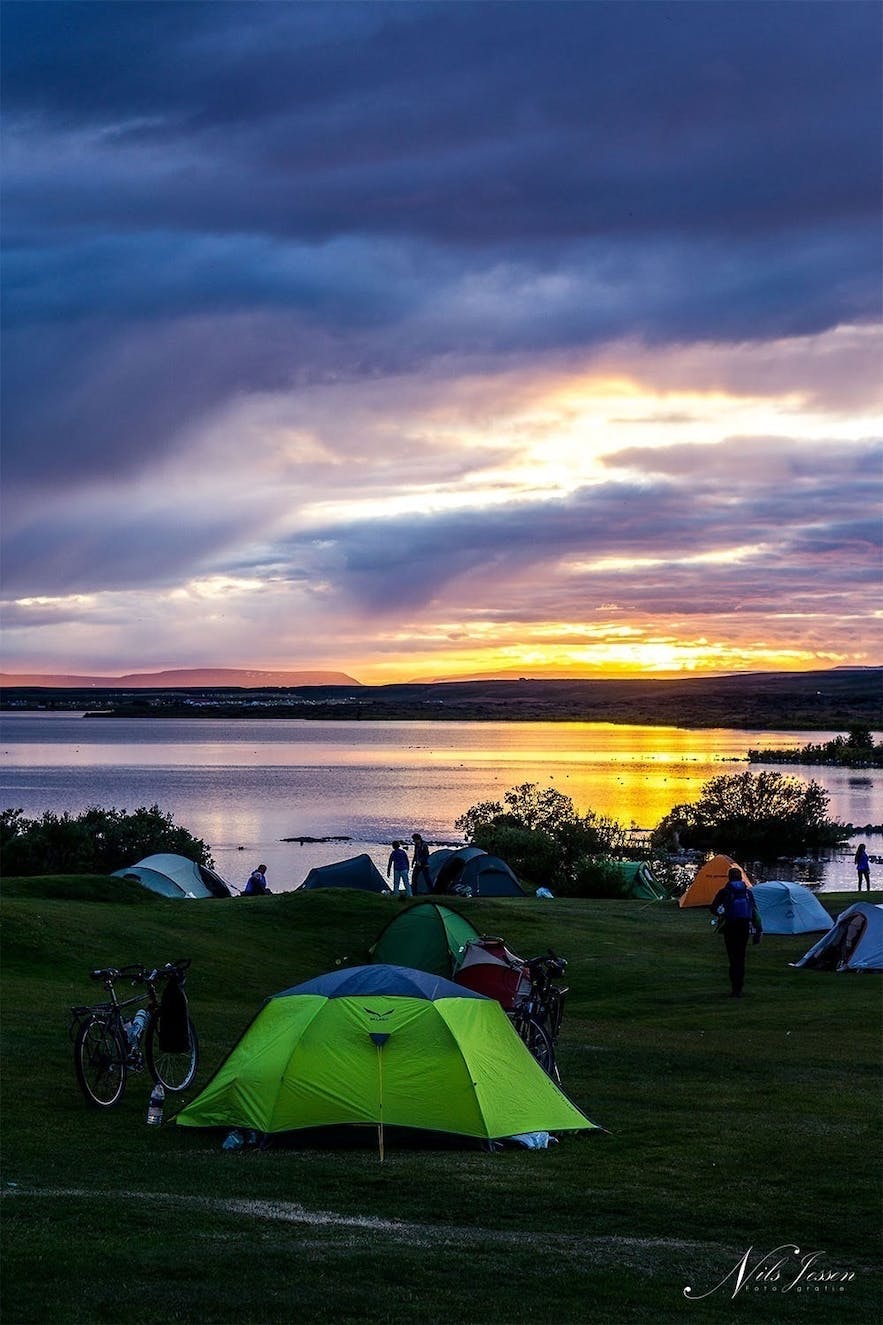 After having witnessed a beautiful sunset above Lake Myvatn we headed off to Myvatn Nature Bath. The water comes from a geothermal power plant and still has about 36°-40°C. Outside of the water, there were definitly not 30° but rather 3° (I almost died on my way from the showers to the basin!)

It was already dark when we reached the bath and everywhere around the pool’s edges they had lit small laterns. And so we could slide through the opaque water in a mysterious light, feeling like a mystic creature…

After this bath, we felt really warm for the first time on this trip! We returned to the camping ground – and Nils was hungry. So we searched for a kitchen, only to find out that

a: The kitchen should not be used after midnight and

b: Even if you decide not to follow this instructions – there is no light in the kitchen.

But why do we have cellphones if not to lighten our food with the flashlight app?! So I suceeded to the honorably task to sit down and hold my cellphone to lighten Nils’ hands while he was cooking. By the time all the warmth of the bath was gone, BUT the dinner was ready so we created a lamp out of my cellphone and a piece of kitchen paper and enjoyed our sausages with beans in the shine of romantic mobile-light.

Ringroad Selfdrive Tour - Day 3 - In 8 Days around the Island

Ringroad Selfdrive Tour - Day 5 - In 8 Days around the Island

Here you can find a map that shows our route on Day 4: https://goo.gl/maps/6kwJnGLS4AH2 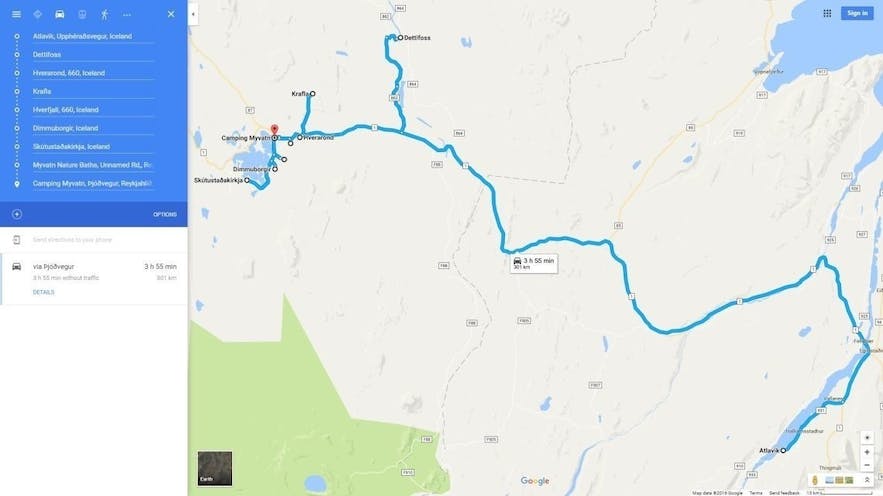