Book your trip
Rent a car
Vacation packages
Explore Iceland
COVID-19 information & support
Book your trip now
Guide to IcelandConnect with localsNils JessenRingroad Selfdrive Tour - 5th Day - In 8 Days around the Island
Jump to chapter
There and back again – The story of my complete obliviousnessInterested in your own Ringroad-Selfdrive-Experience?!

Ringroad Selfdrive Tour - 5th Day - In 8 Days around the Island

Following route 1 – also called the ringroad – we took a car all the way around Iceland. This is Day 5.

The alarm clock went off at 6am this morning. First thought: I gonna kill my cellphone. But then I remembered why we decided to get up that early – and all the sudden I was so excited that I couldn’t stay in the tent for any longer.
It was 8:30 when we arrived in Húsavik, a small town famous for the most successful Whale Watching Tours in Iceland. Yes, that was the plan for today!!!

Wrapped up in five different layers of sweaters and jackets we also benefitted from the cooperation between our Whale-Watching-Organisation and the outdoor shop nearby and bought some new warm gloves for me and a beanie for Nils.
On the boat that was meant to bring us to the whales we got an additional padded and weatherproofed overall – Nils comment: “Darling, you´re looking fat!” 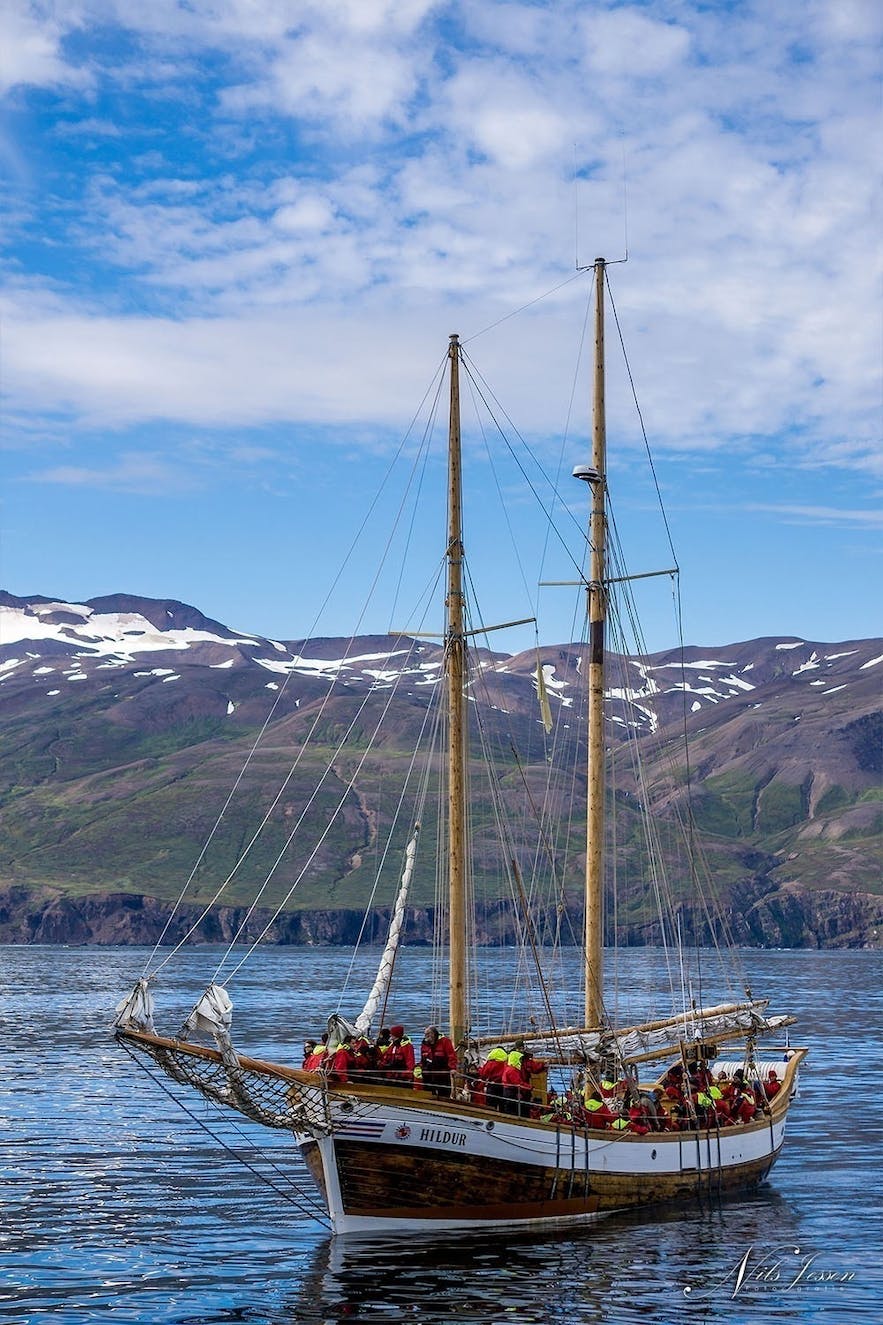 Our guide was German too and every now and then he came over to us to chat a bit. While we left the port further and further behind us, leaning over the railing in a mix of anticipatory thrill and total tiredness, our guide told us a lot and then even more about the different sorts of whales, about puffins, seagulls, jellyfish…

Somehow you don’t believe that it is really going to happen – until the first screams: “9 o’clock!” and the whole crew runs to the left side to see the whale’s fin. 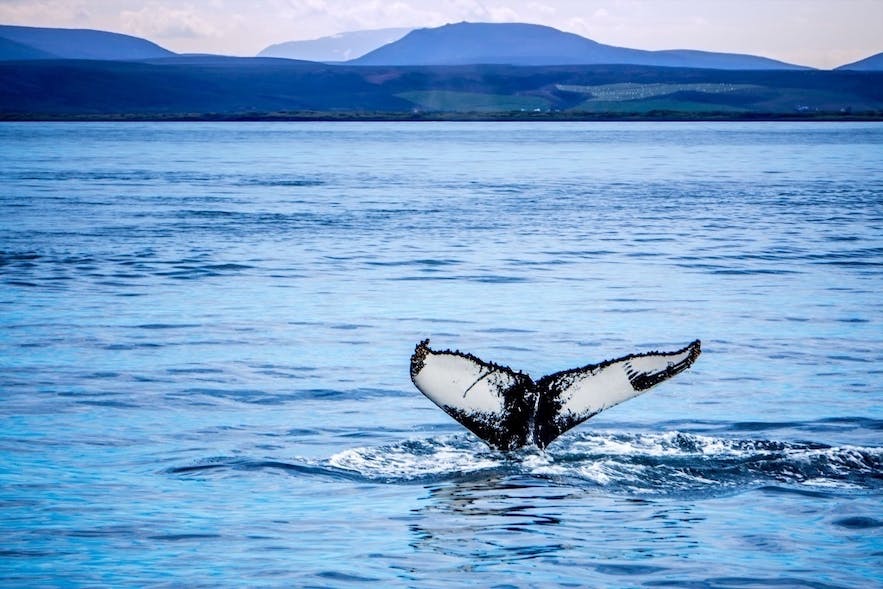 Actually we were really lucky that morning: Not only was it unusually warm and calm (how good that I bought extra gloves…), but we also caught a humpback less than ten meters from the boat. And he was loyal to us for the whole trip and emerged and submerged right beside us. So we ran from 9 o’clock to 1 o’clock to 5 o’clock…

Although I do know something about the construction of such boats, I couldn’t prevent remembering the scene from the film “Pirates of the Caribbean”, in which Captain Jack Sparrow manages to overturn the ship by chasing his crew from one side of the deck to the other…

Almost at the end of our trip another humpback whale joint our first one. You wouldn’t believe how graceful such huge animals can be, gliding through the floods in a perfect synch.

There and back again – The story of my complete obliviousness

On a pee break on our way to the Canyon Ásbyrgi I came up with the incredible smart idea to take off my hiking boots. And because the legroom of the passenger seat was always to overstuffed when I sat there, I placed them outside the car with a short memo to myself: “Don’t forget to take them back in when you’re ready.”

The break was over, we climbed back in and drove off to the canyon – where I remarked surprised that my shoes were gone. So we shortly shot some fotos and drove all the way back… Second memo to myself: “In the future, write your memos in your cellphone and install an alarm for them.”

One would think I learned from that mistake – Or not. Well, two days later… But that is another story.

Let’s just skip that and go on (before I return to my box of shame).

Later than expected (*cough*), but at least still at daylight, we arrived at Goðafoss which means something like: “Waterfall of the Gods”. It might not be as large as Skogafoss or as mighty as Dettifoss, but it’s truly a beautiful place. 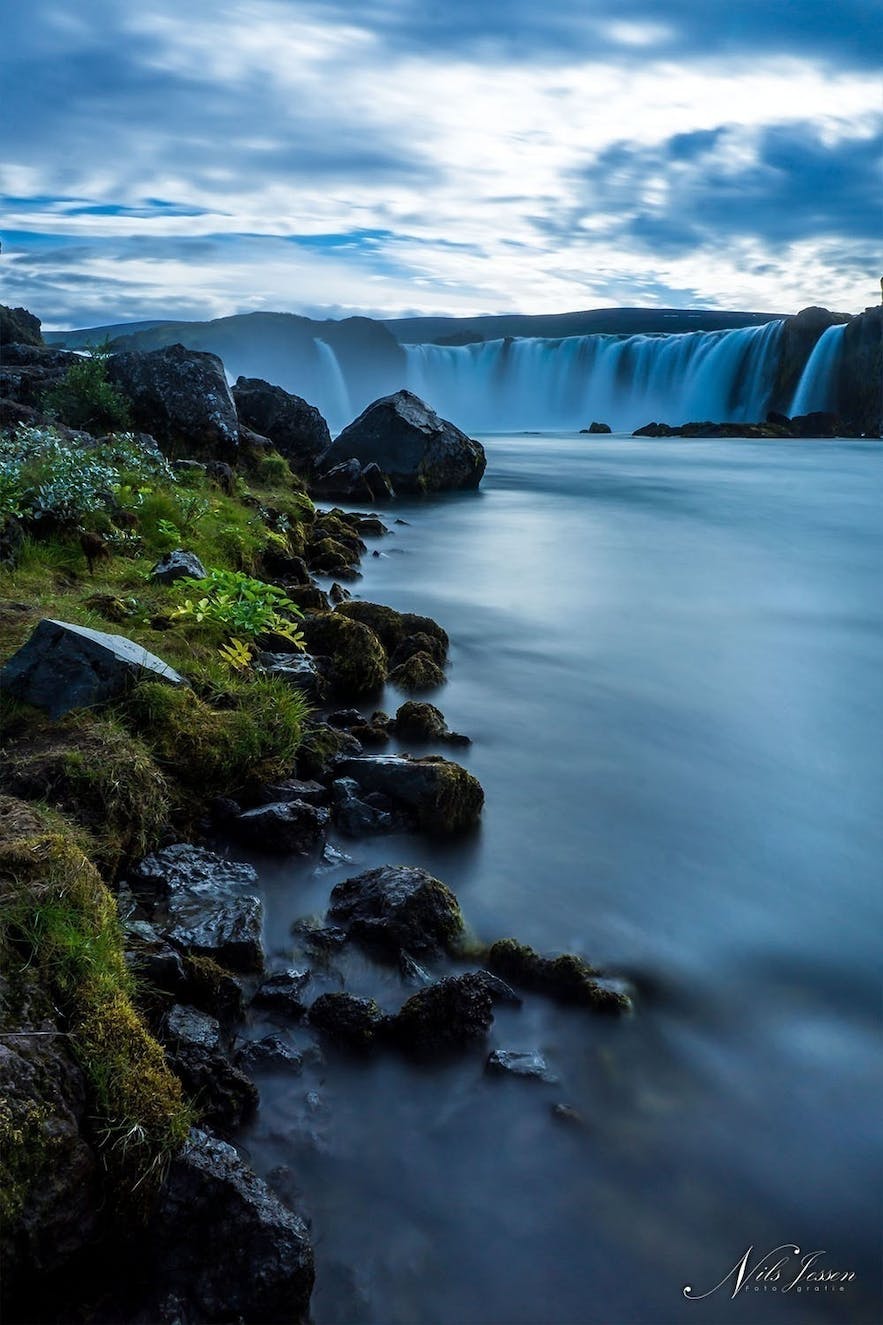 A 50 year old Briton called our attention for the spot where these photos originate from. He just stood there with a pad in his arms on literally the very last possible stone, surrounded by water, self-forgetfully drawing…
After Nils had told him about long exposure photography and its effects, he was so curious he stepped aside and let us take his position for a moment – it was the best view possible, he said.

Ringroad Selfdrive Tour - Day 4 - In 8 Days around the Island

Ringroad Selfdrive Tour - Day 6 - In 8 Days around the Island

Here you can find a map that shows our route on Day 5: https://goo.gl/maps/foNKLXgK4So 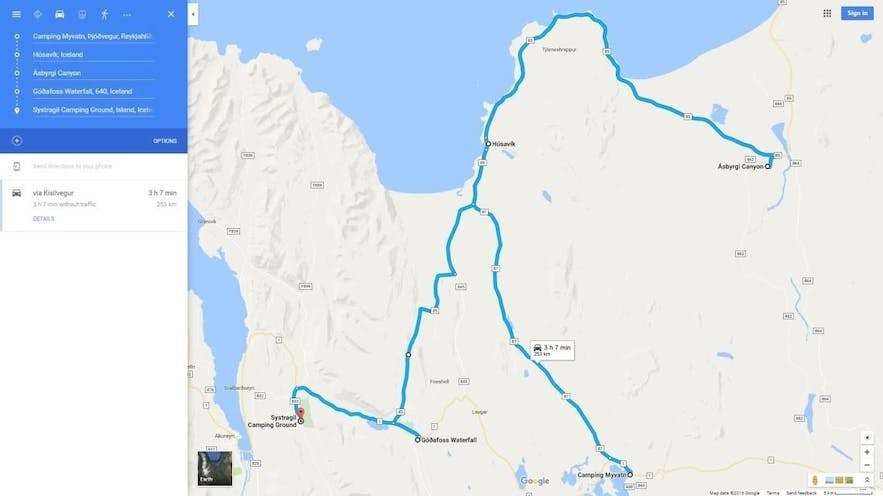