Ringroad Selfdrive Day - 6th Day - In 8 Days around the Island

Following route 1 – also called the ringroad – we took a car all the way around Iceland. This is Day 6.

After 5 days on the road our car now resembled a dumping ground rather convincingly. If one would try to find something particular – as the camera tripod or a new pair of socks – this could end in a 20 minutes excavation. So I plucked up courage and decided to tidy up our car on the camping site of Akureyri. You wouldn’t believe how much stuff you can pack in a small Suzuki Swift!
Next to the car I heaped up bags over bags, jackets over jackets, tried to sort the single socks and empty bottles and threw away all the different rubbish bags. Somehow I couldn’t loose the feeling to contribute mainly to the amusement of my surrounding… again…! 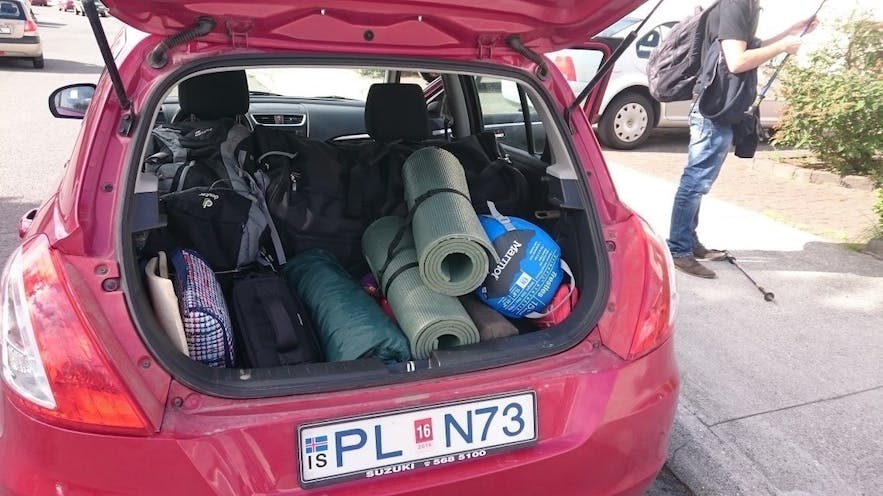 On the sixth day we left the camping site with a beautifully tidied* and systematically packed car, heading to explore Iceland’s second biggest city: Akureyri. The best word to describe this town: charming. Many little houses, small shops, wide walkways, every now and then a glimpse at the sea – despite the lots of people, the town appeared very calm…

*(At least from the inside. Back in Reykjavik, it took us hours to get rid of all the dirt on the outside…)

This morning we were totally immerged into the Icelandic culture – at least concerning the food: Hotdogs and Icecream. I know, eating icecream in such a cold place somehow seems strange. But even though your tongue is probably going to die, the Icelanders really love it.
If I think about an icecream shop, all I see is a large counter with many many different flavours of icecream. Accordingly I was very surprised when we entered the shop and couln’t see any ice at all. Instead the counter was overloaded with different sweets, toppings and fruits. The saleslady guided us through the process of ordering: First you choose a flavour of icecream (actually they had two: vanilla or chocolate). Then a topping, which is in fact melted hot chocolate in different flavours. Your icecream will be dipped in it, so it gets a thick chocolate crust. Afterwards you can add as many sweets as you wish (of course you have to pay for all of them).
Back in Germany I would have never spend so much money on an icecream… But it was acutally really fun and tasted just AMAZING! 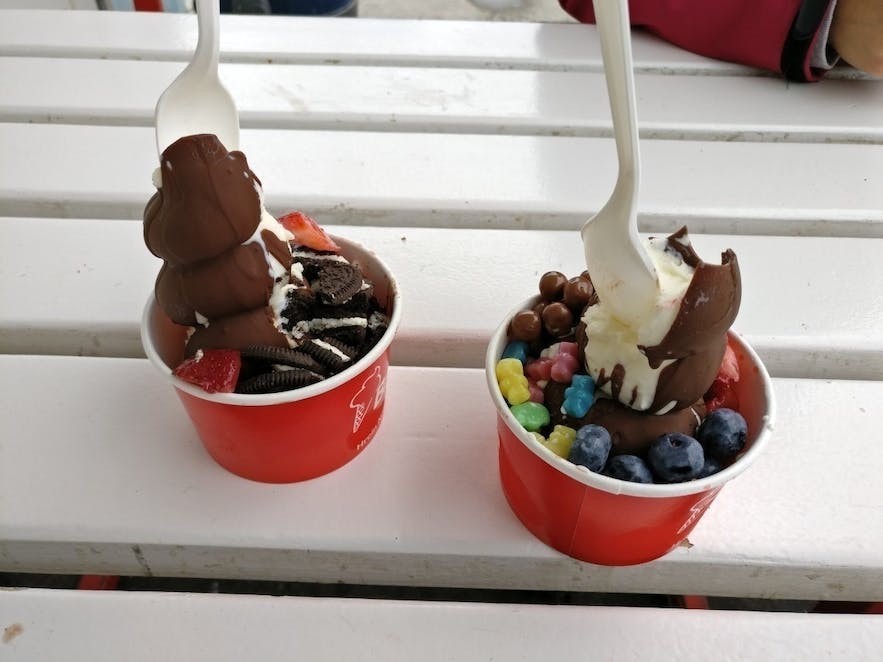 Completely bloated with food we left Akureyri and drove off alongside the northern coast. To be honest it was rather a “stop and go” than really driving… More or less every quarter of an hour Nils discovered a new spot at which we had to take a timelapse or a longexposure really badly. And so we stopped again and again, Nils put up his equipement and then we wandered around, explored the environment, picked some blueberries and passed time until the timelapse was over.

It’s no wonder that we arrived in Siglufjörður far later than expected. And so the hering museum was unfortunately already closed… I am sure we missed something really great… 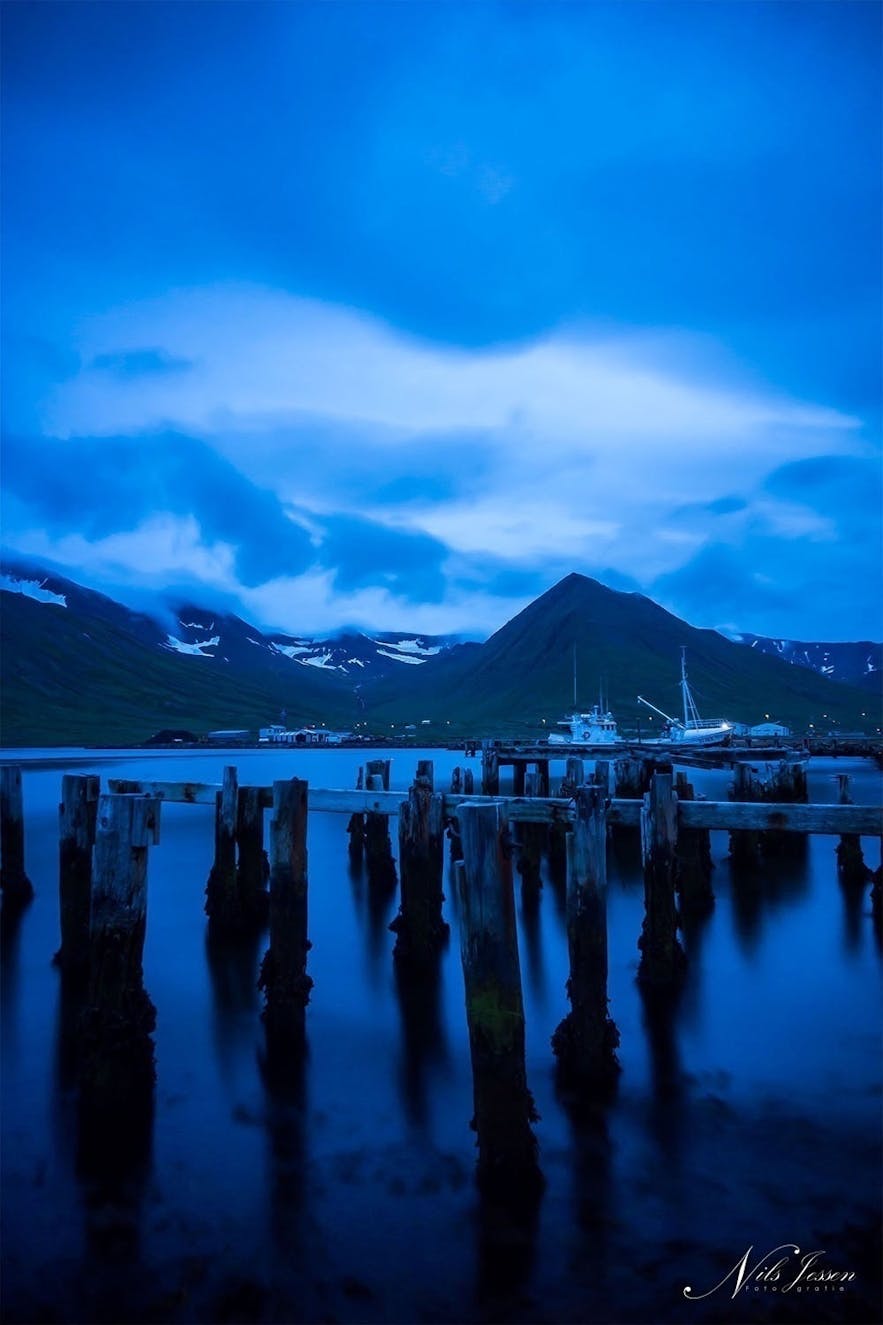 Instead we benefitted from the idyllic scenery of the little fishing town and – yes, took a timelapse. The time passed, it got darker and colder… I ran back to the car three times until we had all our warmest jackets (put over one another), gloves, beanies, scarves and a can of hot tea. Because our legs still felt like freezing just standing around and waiting, we (or rather I) decided to dance. So we turned on some music on our cellphones and waltzed across the jetty. Nils was thrilled… But at least I had fun! We were lucky that it was late enough so noone would witness us… 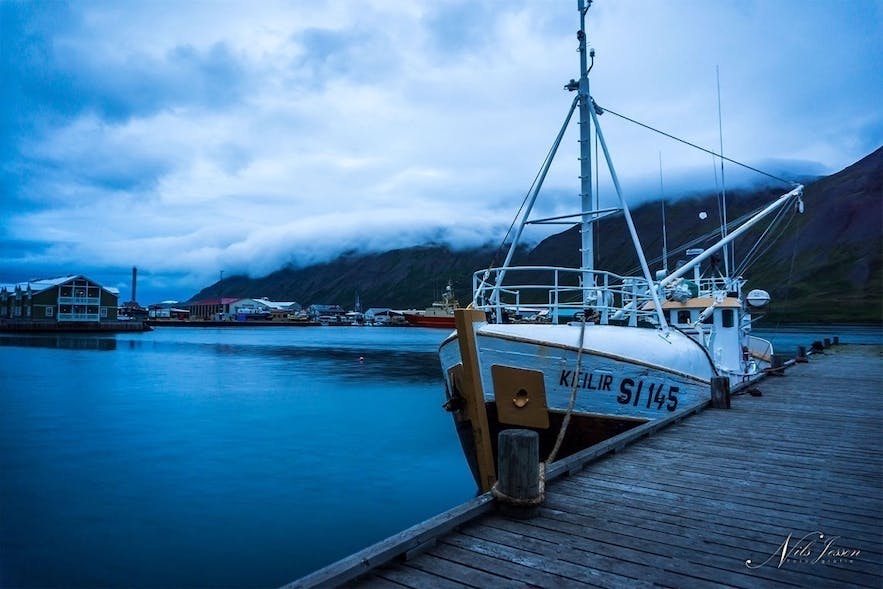 Ringroad Selfdrive Tour - Day 5 - In 8 Days around the Island

Ringroad Selfdrive Tour - Day 7 - In 8 Days around the Island

Here you can find a map that shows our route on Day 6: https://goo.gl/maps/8KSVauSGcqz 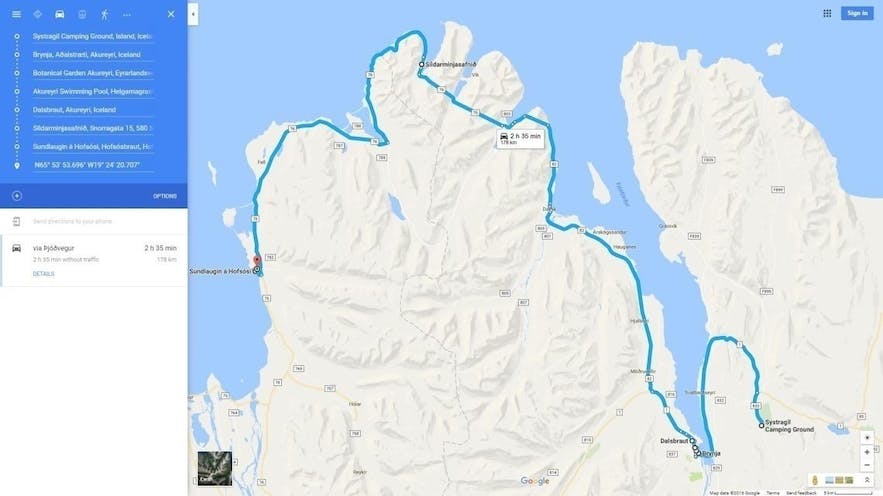