In the center of the the old fishing town of Húsavík, there's a large white and grey building that connects the main street and the harbour.

Approximately 100 thousand visitors depart to the Skjálfandi Bay every year with the goal of meeting whales in their feeding area. The building—which used to be the local slaughterhouse, until the early 70's—now hosts the Húsavík Whale Museum. 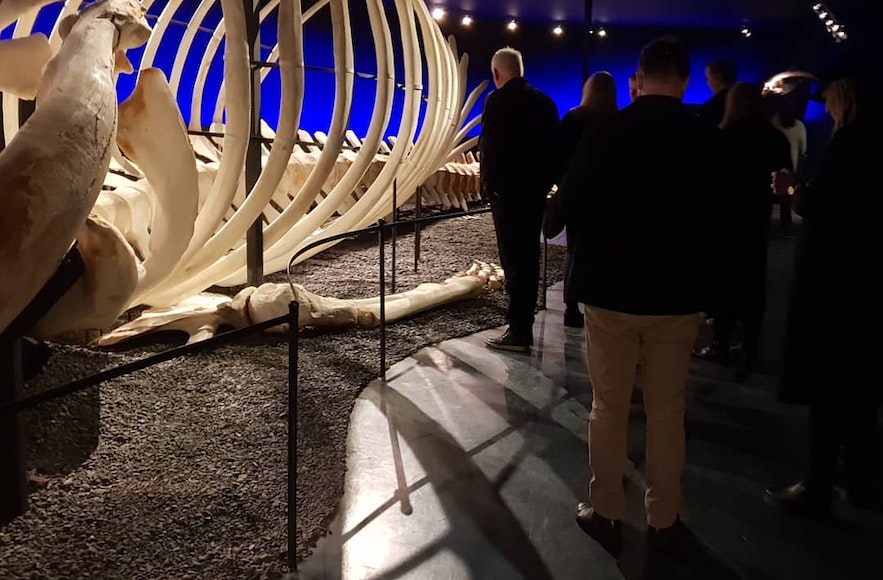 Being Iceland's only whale skeleton museum, the emphasis has always been to convey information about whales, marine ecology and the interaction of whales and humans throughout history... all with the aim of doing so in an entertaining and interesting way.

Currently there are 11 whale skeletons on display, including sperm whale, bottle nosed whale, minke whale and narwhale. The icing on the cake came in 2016 when the blue whale exhibition opened. Having the largest animal on the planet inside the building has confirmed the Húsavík Whale Museum as one of the must do's when in North Iceland.

The Whale Museum has several exhibition rooms which include the history of whaling in Iceland, whale evolution and biology, an art room dedicated to whales, documentaries and more.

You will also find a small library inside the arty looking coffee corner where guests can enjoy beverages while sitting on comfortable sofas reading interesting books, or simply chilling in the relaxing museum atmosphere.

Opening hours and other information can be found on www.whalemuseum.is