Hey, Svanhildur. Do you want to go on a scenic helicopter tour?
You mean…like…in the air…as in high up…really high up???
Yeah! It will be great! You’ll get to view the city from above and the landscape around.
Yes… in the air…UP…in the air. HIGH above… Sure, I’ll do it. That is something normal people would do right?
What?
Nevermind…

This is how I, the chicken, ended up on a helicopter tour. Being afraid of most things, I am, of course, afraid of heights, but helicopters are really cool. Like really, really cool. So, I figured I could squash my fears in favour of looking like a president or a rapper. 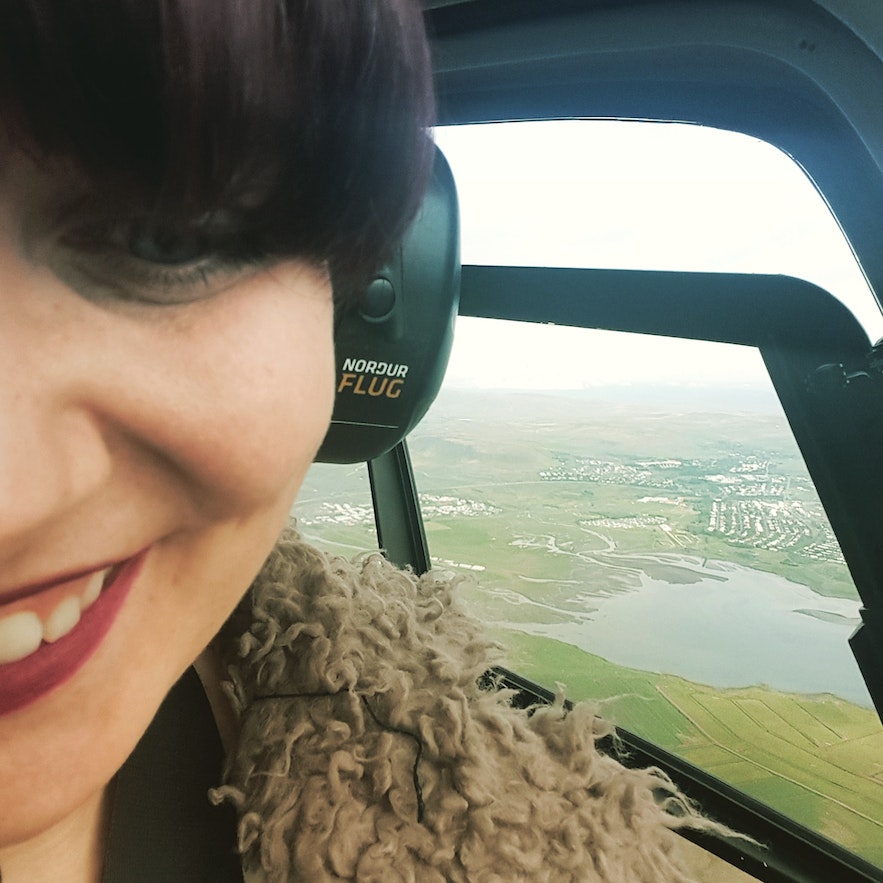 I got a call asking me if I wanted to do the tour, but I only had 30 minutes to go down to Reykjavík domestic airport and find Norðurflug, the company that handles the scenic flights. The traffic was terrible, but I made it (barely).

I was incredibly nervous. My heart was beating fast, my palms were sweaty, and my knees were weak; it was all very familiar. However, the receptionist at Norðurflug had this calming voice and such a friendly demeanour that I forgot for a moment that I was about to step inside, what I thought was a deathtrap.

Our pilot, Gunnar, took us out to the aircraft and told us to fasten our seatbelts. Gunnar was really friendly and sounded confident. Which is what you want in a pilot...and a doctor, come to think of it. 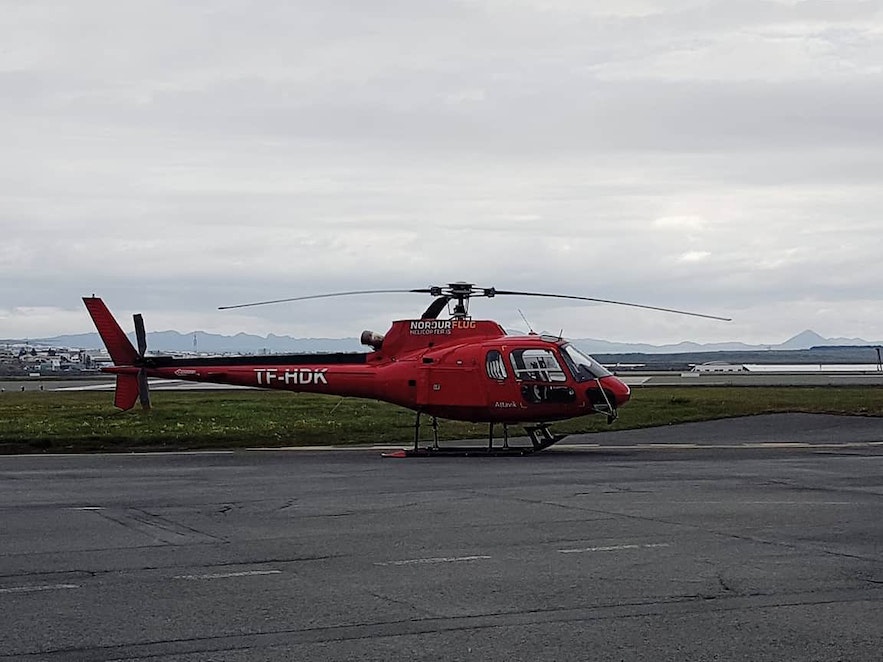 I keep thinking about the movie Predator:"Get to da CHOPPA!"

Do you know that nervous, fuzzy feeling you get in your stomach whenever you’re on a commercial plane and it is about to take off? I am pretty sure everybody gets it. It happens when the plane is vibrating, and you hear the noise amplifying, and you know you are about to take off even though you can’t see anything from the tiny window because you got stuck with the middle seat.

Well, I got that feeling times a hundred…maybe a thousand. Not only is this a much smaller aircraft, so you feel the vibration and hear the noise more, you also see the enormous blades spin faster and faster and the ground getting further away as you are lifted off into the air. 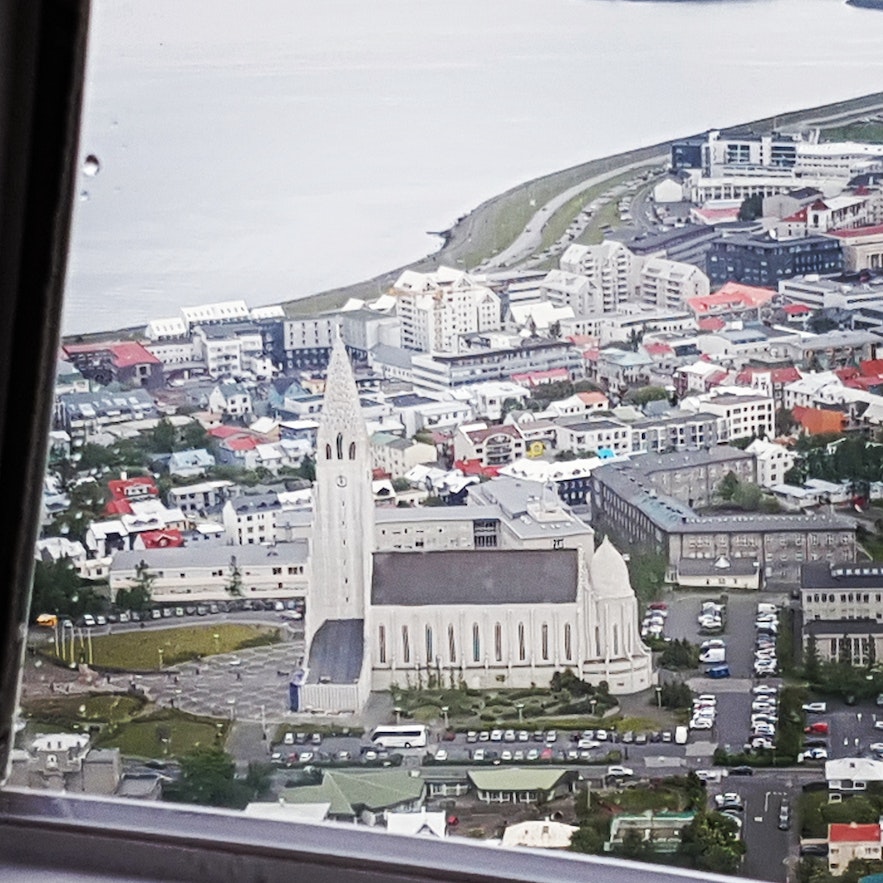 It took me a couple of minutes to realise what was actually happening. I (!) was in a helicopter flying over Reykjavík city. It was amazing. All fears melted away and I just kept staring at the view. I saw Hallgrímskirkja, Harpa concert hall and even my house! It was surreal, exciting and so much fun. 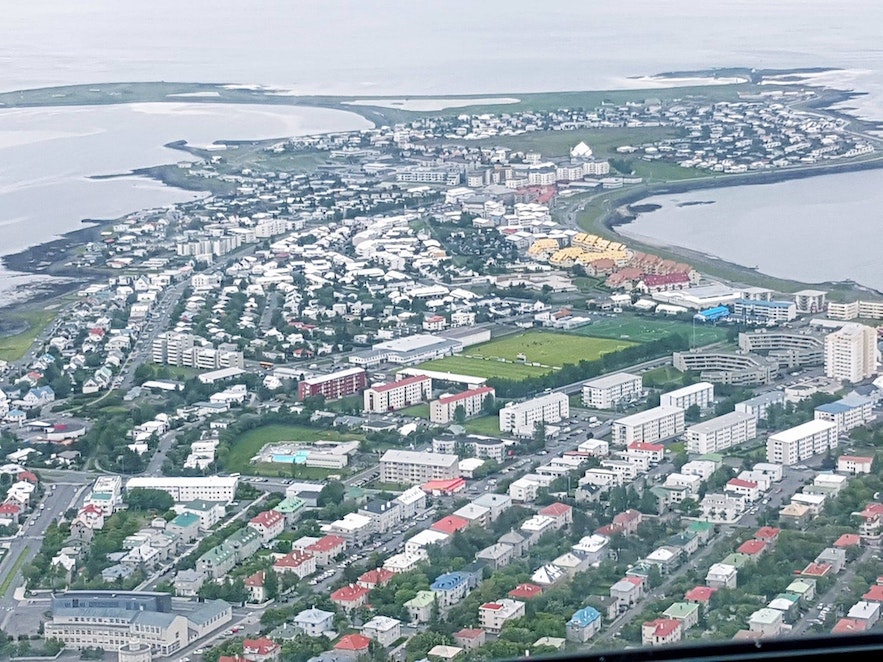 We flew over tiny cars and houses towards the mountain Esja. At the top of Esja, we landed on a cliff. I was so sure we were way too close to the edge and that the cliff would collapse under our weight. But again, Gunnar was an excellent pilot and very confident, so I figured he knew what he was doing.

We spent some time at the top. I’m really not sure how long because I was just too happy to be there. I couldn’t believe it. When I woke up in the morning, it was just a regular Tuesday; the most boring day of the week. Now. I was on top of Mount Esja. 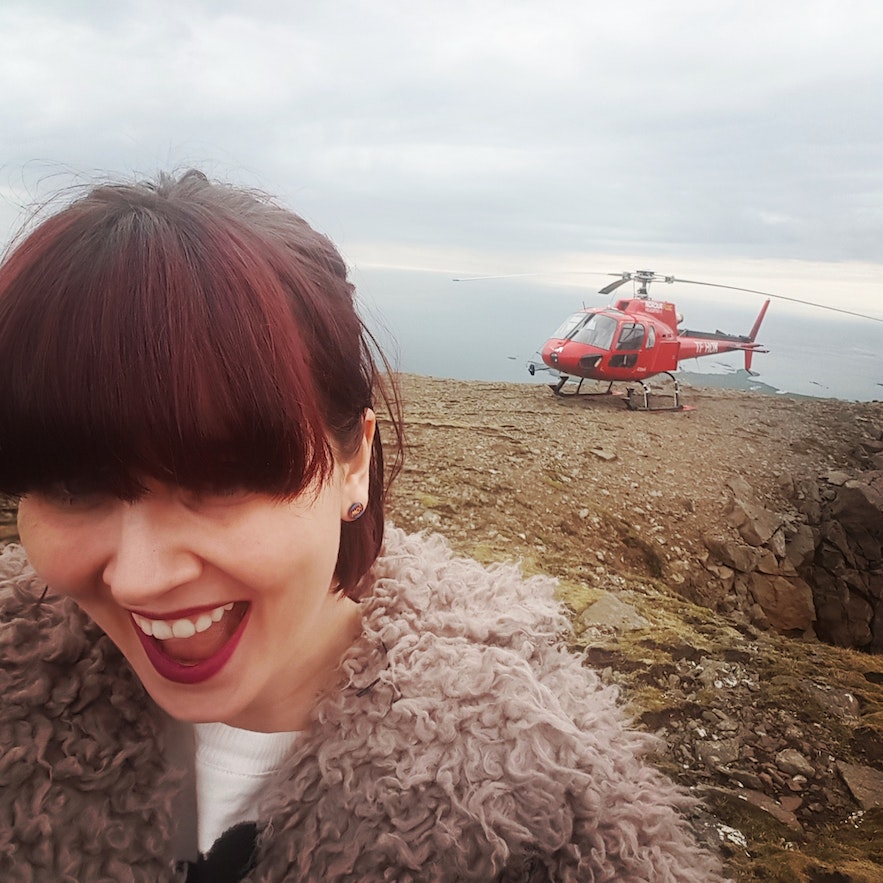 We apparently landed on a spot on which Gunnar had never landed before. So it was completely unspoilt. Looking around we saw the beautiful nature; hills, moss, birds, and looking out to the city we saw the tiny houses and moving cars. It was incredible. 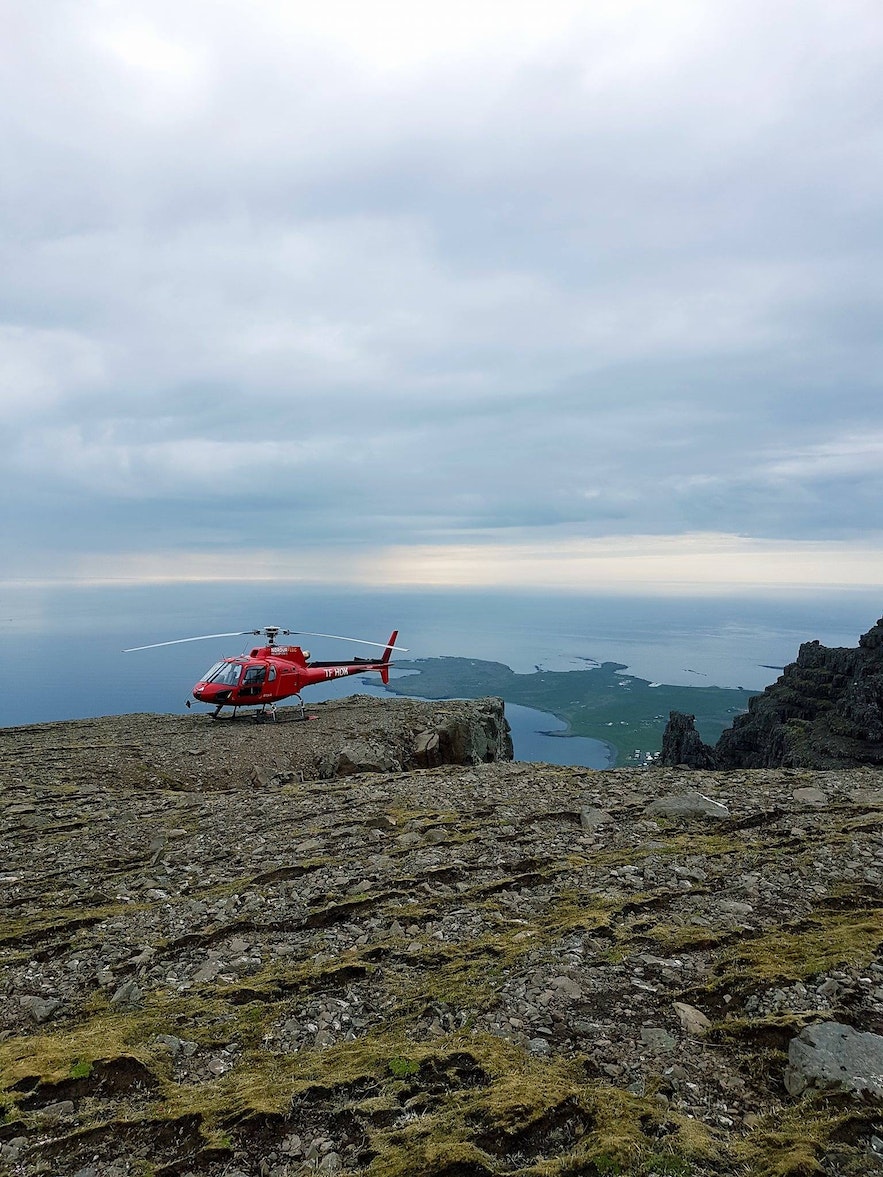 We got back into the helicopter and flew around the mountain. I’ve lived in or near Reykjavík my entire life; I grew up seeing Mount Esja out of my kitchen window. I’ve hiked to the top with my mom; it took forever because we are out of shape. I thought I knew the mountain. I didn’t.

I got a new perspective of Esja. I saw sides of it I didn’t know it had. I know I’ve used the words ‘amazing’ and ‘incredible’ a lot now, but I really don’t know what other words to use (supercalifragilisticexpialidocious maybe?). Anyway, I took a video so you can see for yourselves.

I left the helicopter noise on, but if you prefer music, turn down the volume and put on Icelandic musician Mighty Bear.

We landed, said goodbye to each other and then I went home. On the way home I just kept thinking: ‘Did that really happen?’. But I have photos and videos to prove that it wasn’t just a dream.