Hofsós, located on the banks of Skagafjörður fjord in north Iceland, is a historic trading port overlooking the stunning island of Drangey, which rises almost vertical out of the sea in the distance.  It’s a friendly little village, that comes alive in the summer with tourists, hikers and seasonal residents. Personally I think the view is reason enough to visit, but if you prefer something more hands-on, here are three more.

This wonderful museum details the mass emigration of Icelanders to North America in the late 1800s. As many readers will know, life in Iceland in centuries past was marked by extreme poverty, oppression, and natural disasters and epidemics that caused widespread famine and death. It was all pretty horrific. (You can read all about it here, plug plug.) So when the opportunity arose for Icelanders to emigrate en masse to North America in the late-1800s, many jumped at the chance.

However, this was no fail-safe solution, and the life that awaited people in the new country was sometimes just as hard as life in the old. The Icelandic Emigration Centre is bears testimony to that whole period in Icelandic history, largely through people’s individual stories, which are completely captivating. On more than one occasion I was deeply moved and awestruck when I read about the strength, diligence and fates of some of the people.

I have heard people say that they find the museum too text-based, but personally I was fascinated and could have stayed there for hours. There are also illustrations and exhibits designed to bring to life various aspects of people’s lives, both in Iceland and the new world. A great museum for anyone, and a must for anyone of Western Icelandic descent. 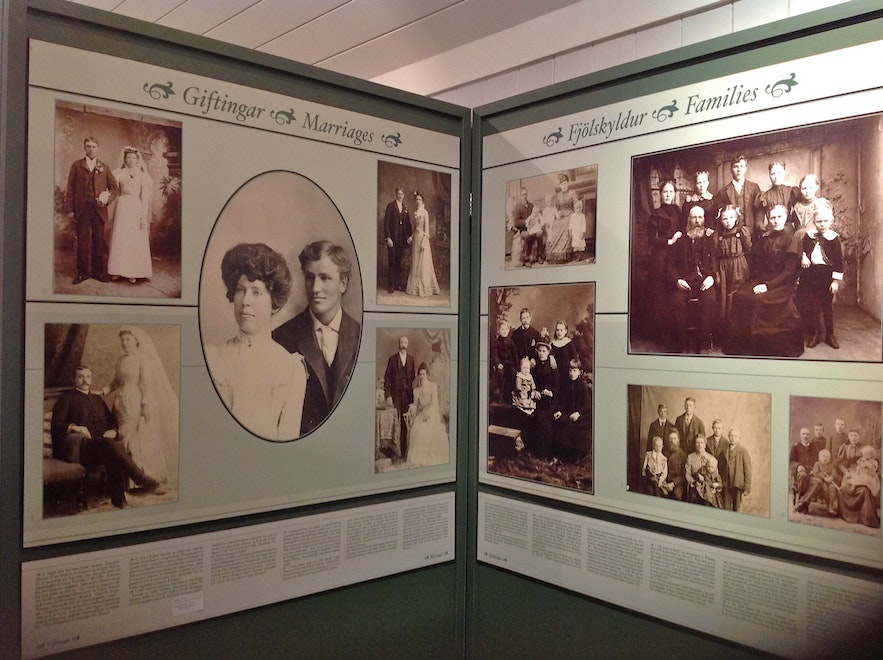 A boat cruise on Skagafjörður

Near Hofsós there are amazing geological formations that can only seen from the sea. Most of them are on the sea side of the Þórðarhöfði promontory that juts out into the sea with a sheer drop at the end down to the water. Here's a view of Þórðarhöfði from Kolkuós, where we stayed: 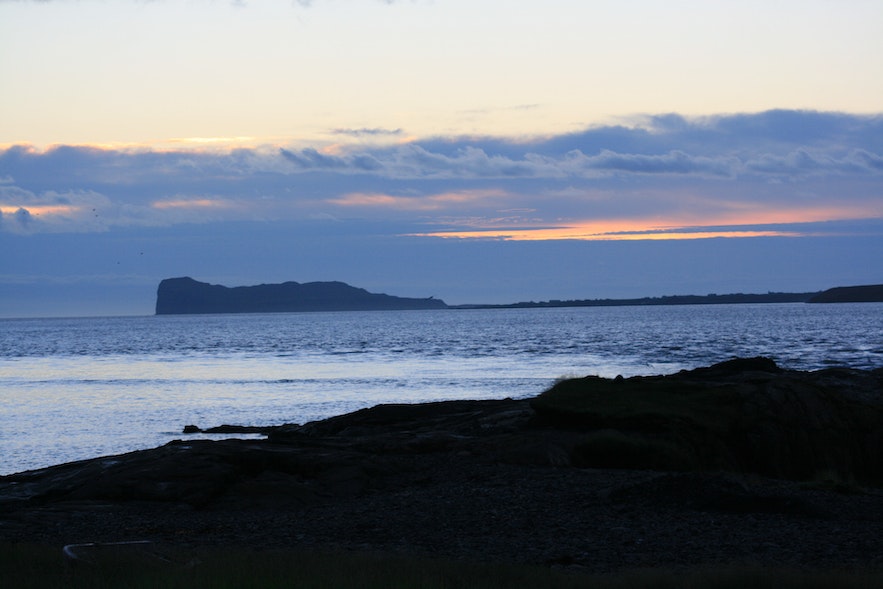 We went with a company called Haf og land, run by Ingvar Daði Jóhannesson and his Austrian wife Barbara Wenzl, that operates out of Hofsós. After cruising slowly past the gorgeous formations near the promontory we headed out to the island of Málmey (Mineral Island) to view the puffins from the sea (Málmey is home to one of the largest puffin colonies in Iceland). Here are some of the formations we saw en route (sadly the photos don't capture all the nuances, so you may have to lean in close): 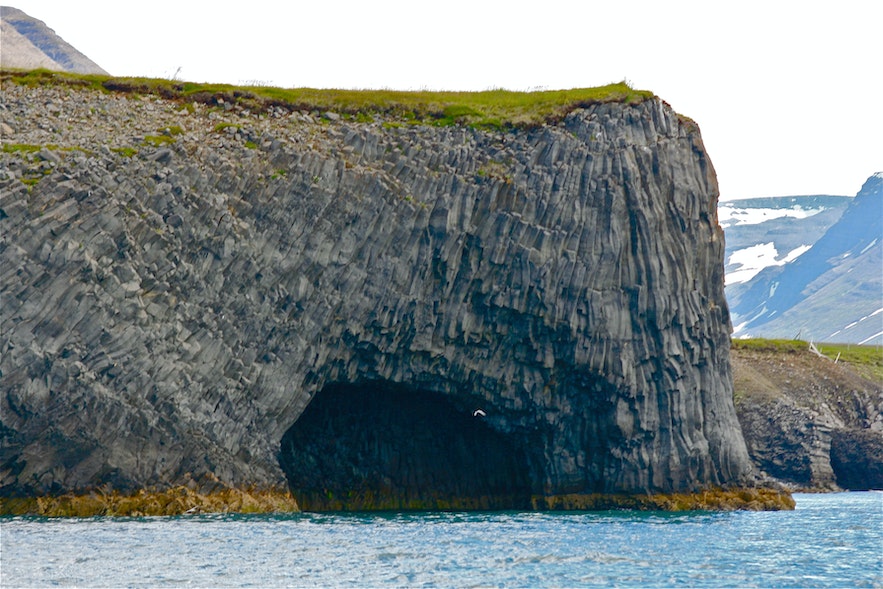 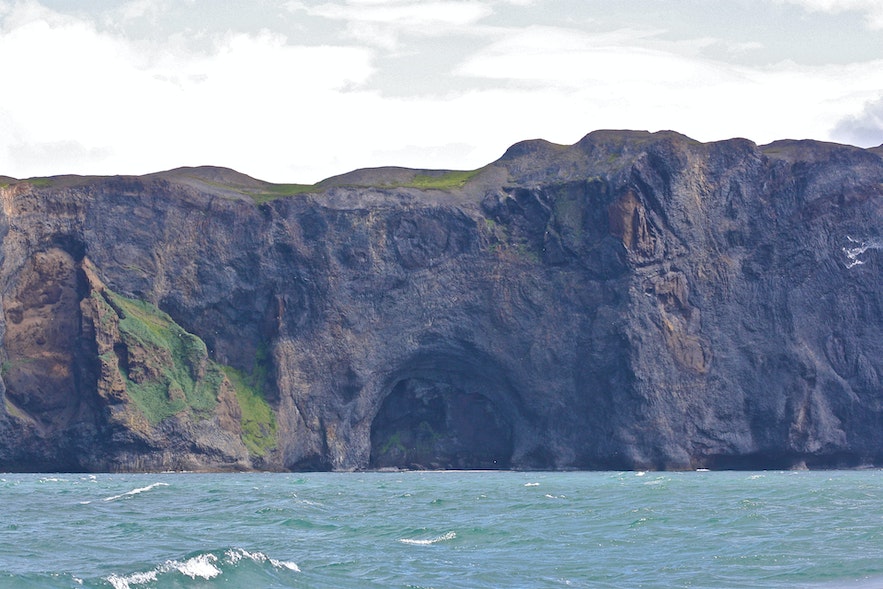 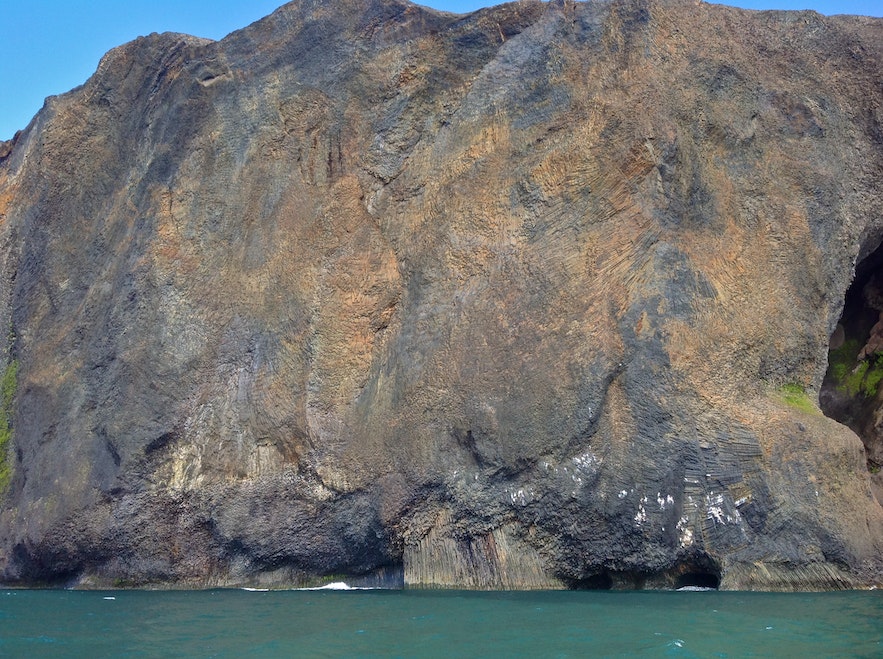 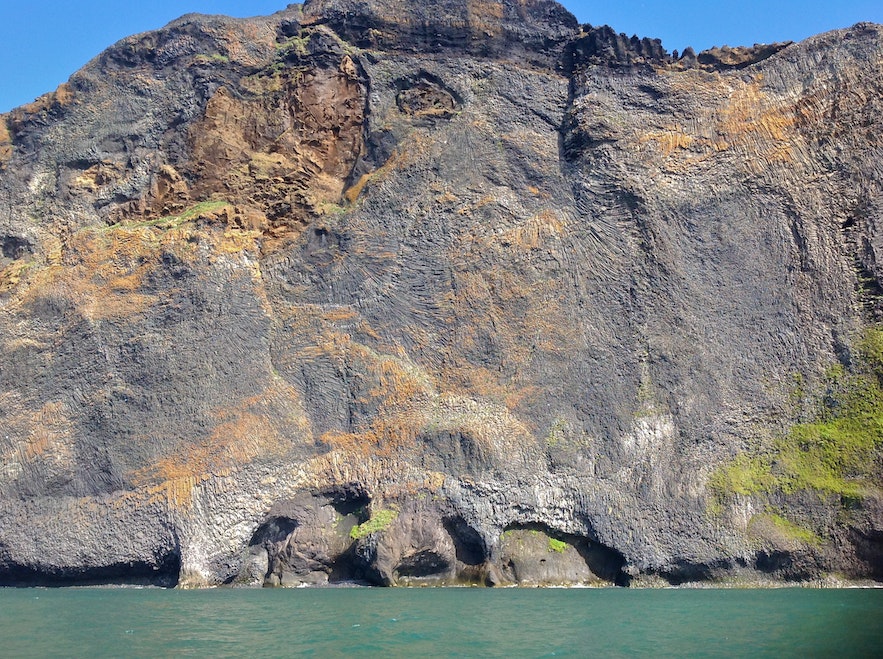 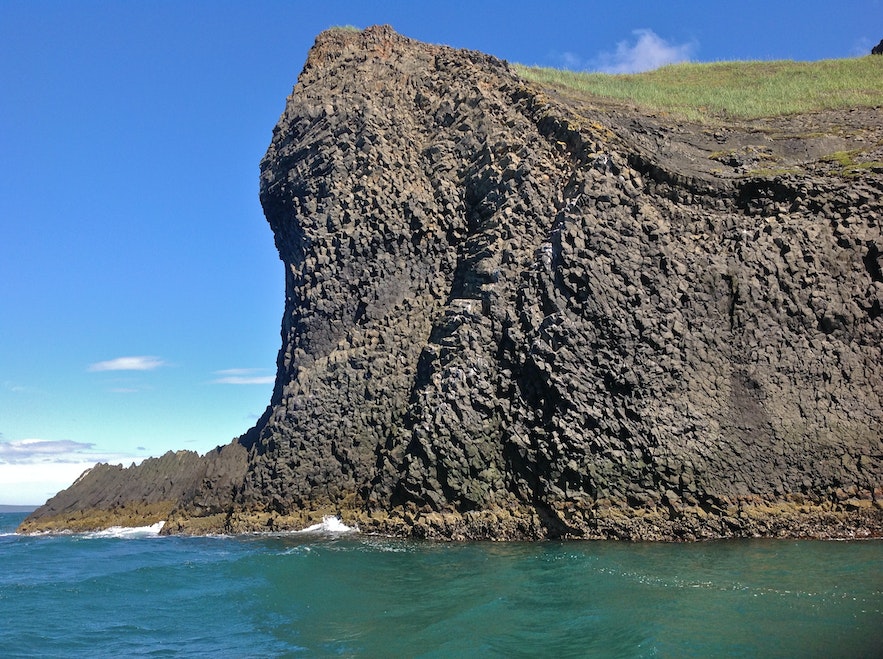 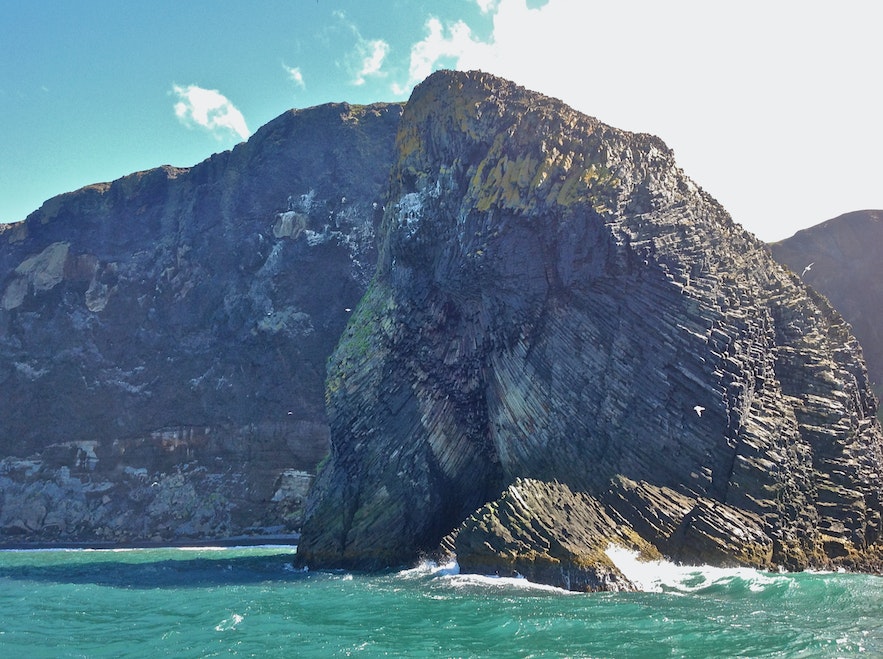 Then, on the way back, it was time for the real fun - sea angling, aka “catch your own dinner”. Believe me, that sea is teeming with fish. One of the women in our group caught two big codfish on one line less than five minutes after casting it out, and she just kept hauling them in after that. Aldís and I managed to catch a three cod between us, and when we got back to shore, Ingvar Daði’s father Jóhann gutted and fileted them for us. Such a great day, with great people. 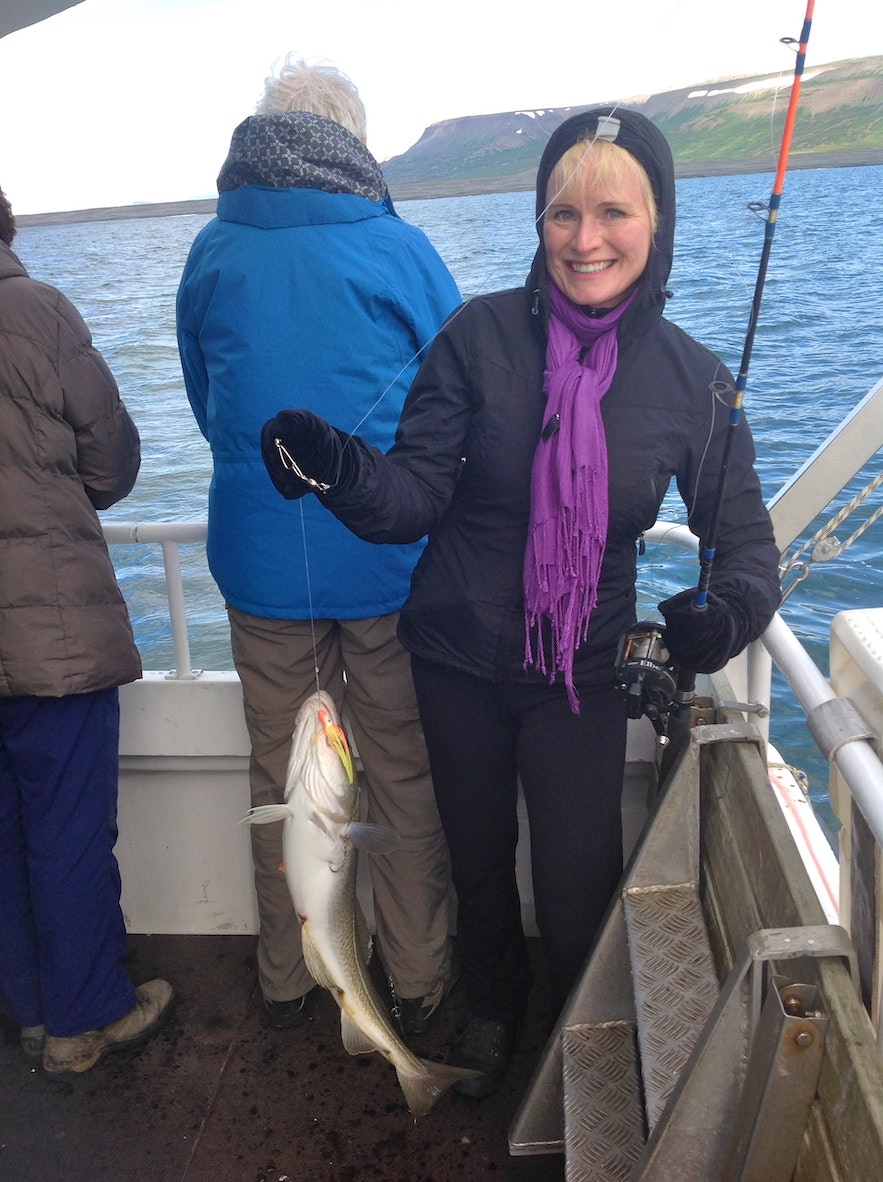 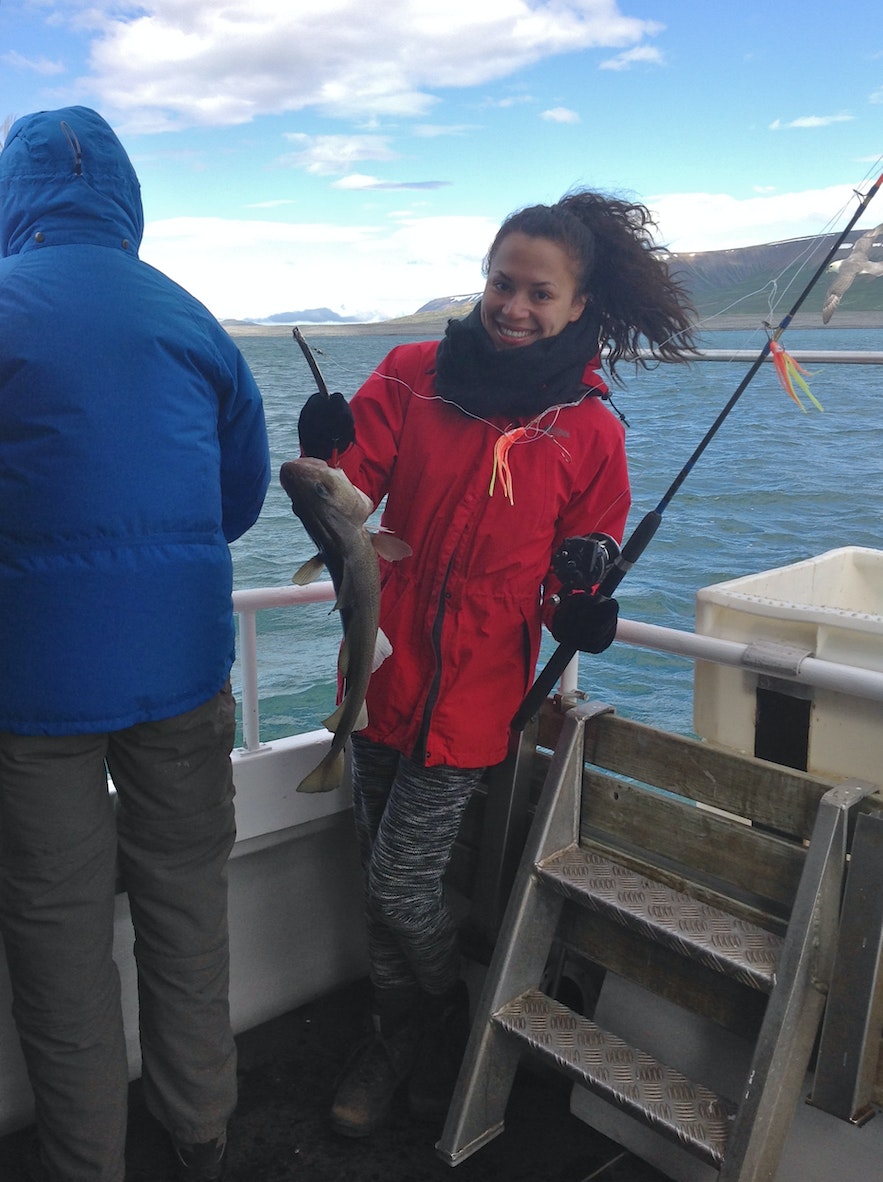 Incidentally, a couple of days prior to our trip, one of their guests took this video, showing a humpback whale doing jumps and generally frolicking in the fjord. We were hoping he would make a comeback when we were there, but alas he did not. Still, I’m told it’s not an uncommon occurrence, and that whales can even be seen from my next great Hofsós location, which is ...

This gorgeous pool, which opened a couple of years ago, was a gift to the town by two heiresses who live in the area - of the Hagkaup and BYKO fortunes, respectively (if that tells you anything). Rather than building private pools at their own residences they decided to finance the construction of a pool in the town, for everyone to enjoy (and to frequent it themselves). The design is magnificent - it’s an infinity pool, meaning that while you are swimming you have the impression of it stretching on into the ocean beyond. Definitely worth a visit. 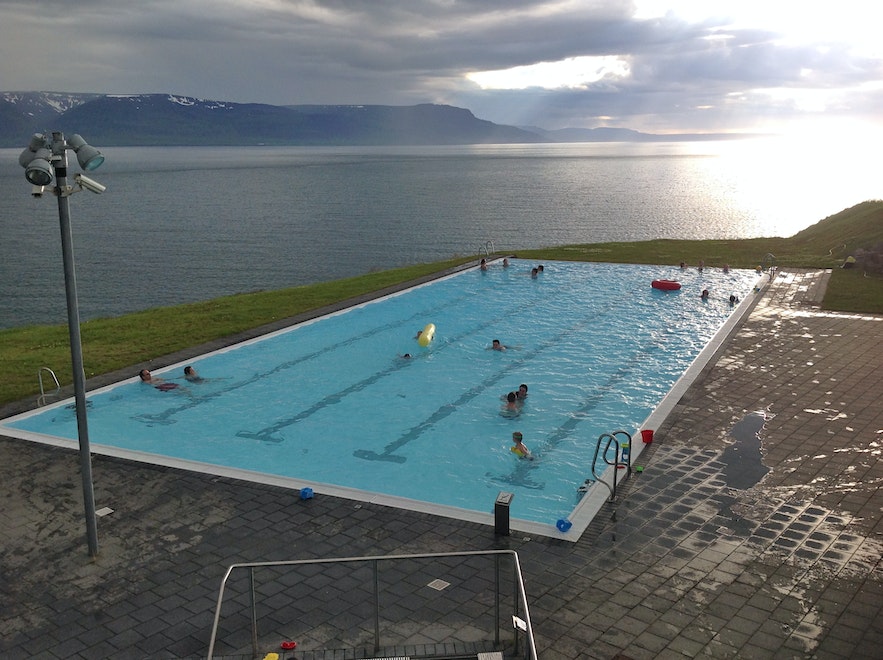 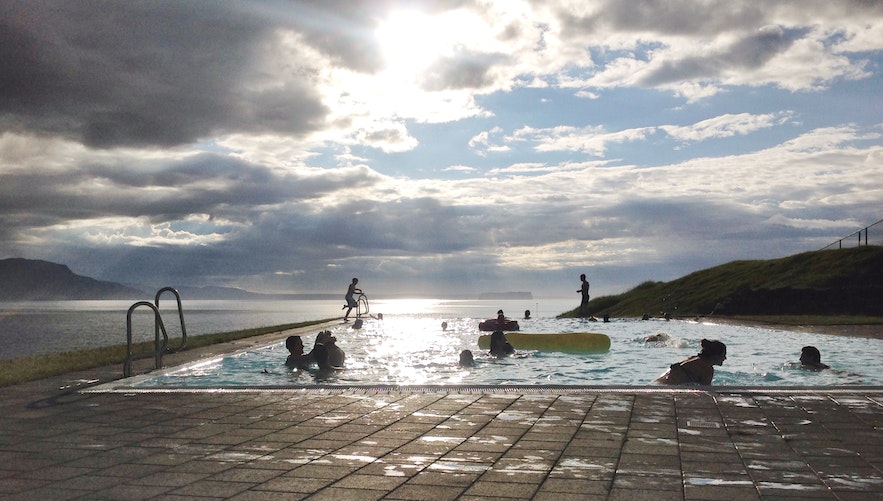 Our lodgings should really make up the fourth great reason to visit Hofsós. We stayed at Kolkuós a historic trading port with a natural harbour. In the past it was the site of much vibrant activity, but today it is an incredibly secluded, tranquil place (barring the very active bird life). Its history is incredible and too lengthy to relate here, but I will say that the house in which we stayed was due for demolition and the entire site was supposed to be turned into a garbage dump for north Iceland.

Through the efforts of the current owners, however, the house - which in the past was owned by a couple who were known to take in terminally ill persons to allow them to die with dignity - has been turned into very luxurious accommodation, with four absolutely beautiful rooms, all with en suite bath. It has just opened, and the owners have wonderful plans for the area, foreseeing to create custom experiences for groups, including horse riding (Skagafjörður is renowned for its horses), cultural readings or presentations, healing spa programs, yoga retreats, or whatever.

It is a completely inspirational place with a rich sense of the past, recommended for anyone who wants something exclusive and tailor-made to their own interests and desires.

For more information, contact the owners of Kolkuós, and be sure to check out their website for pictures. And because I can't help myself, here is one of my own, taken from the house just before midnight on the night we were there: 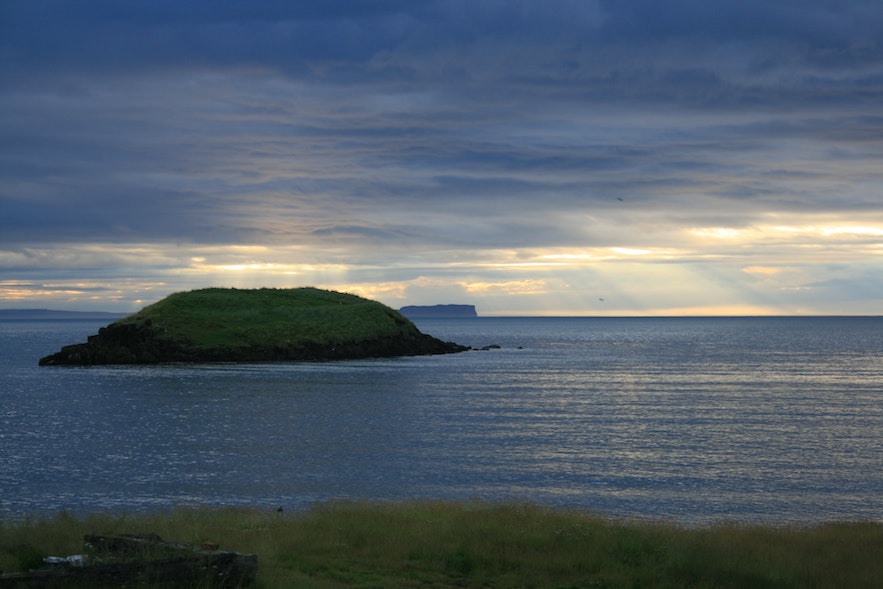