The coldest months of Icelandic winter can easily be the most depressing ones. There's hardly any sun and the icy wind will chill you to the bone. Luckily we have Bolludagur, Sprengidagur and Öskudagur. Incidentally Valentine's day was the day after Öskudagur so it's been an eventful week! Here's the "lowdown".

On Bolludagur we eat these light, fluffy buns. Traditionally they're with cream and jam in the middle and chocolate on top. But nowadays you can get them in all different kinds and for myself... Well... I'm an Irish Cream fan. Hardcore. But you can get them with strawberry, caramel, daim or whatever you like for the most part. And you can also make them yourself! 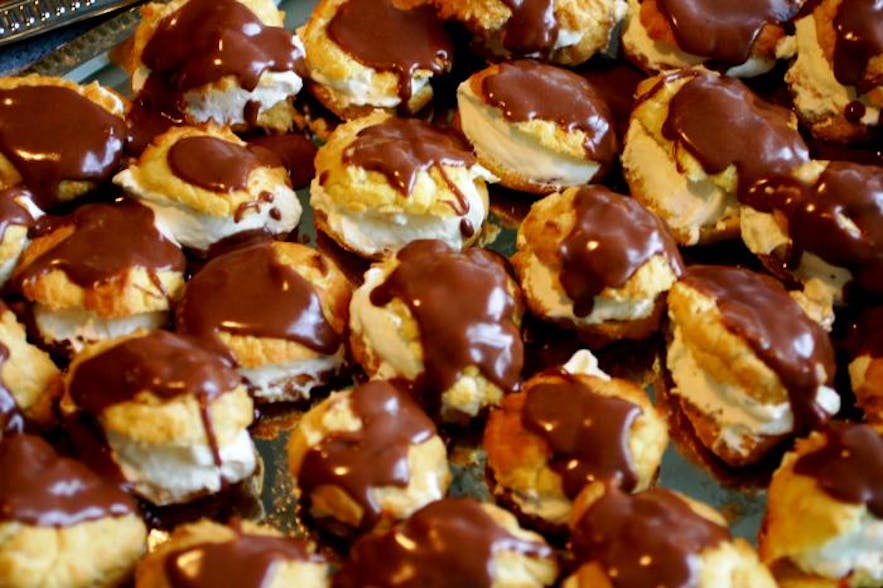 Usually, kids make "wands" during the day and then're supposed to slap the grown ups (where else than on the butt). The number of slaps equals the number of buns. 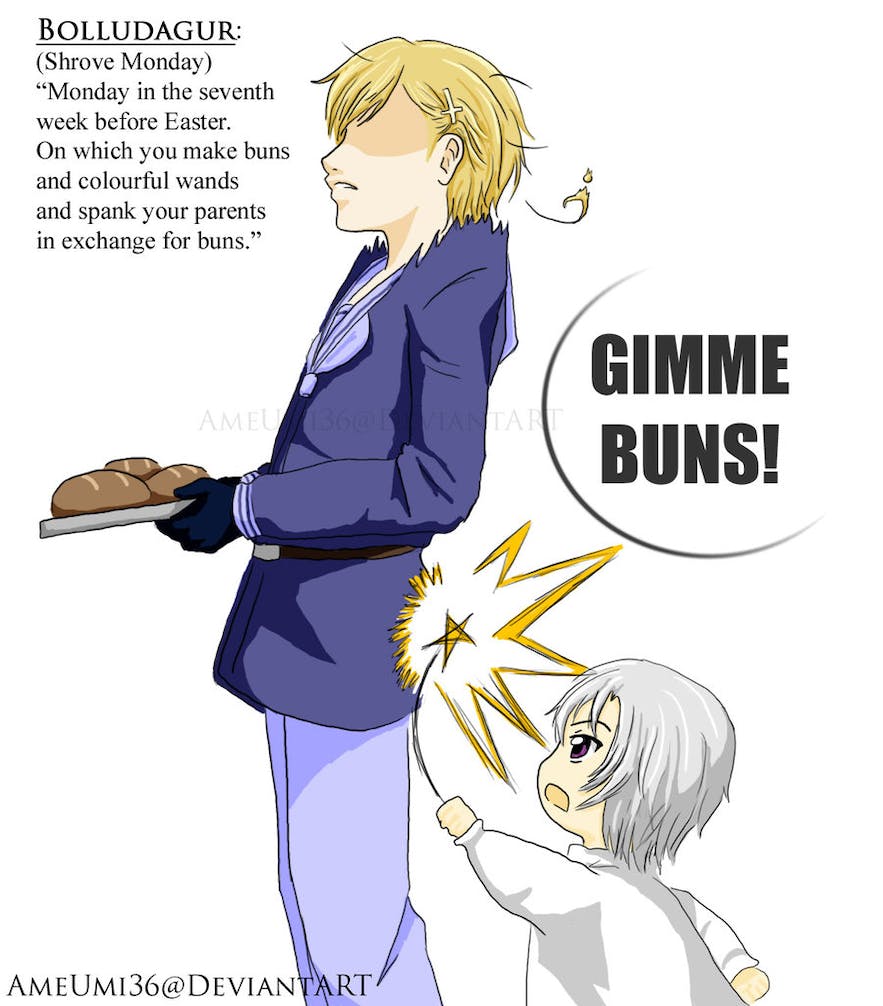 Recent study shows that in our country of approx. 300.000 people we eat about 1million buns on Bolludagur hahah! Bear in mind, there are people that don't eat sugar/milk/wheat and young children as well, so I think that probably puts the average to 5 buns per person. And that's no small feat! These buns are so sweet you can hardly eat a whole one at a time. But you can't store them for more than a day or two at most. So yeah... Then we ask ourselves why we're getting fatter eh?

The day after Bolludagur is Sprengidagur. Then we have salted lamb and beans (saltkjöt og baunir). I'm not a big fan but most people are. And you'll pay for it later as your body blows out due to the salt. So remove all rings before you begin, there is no later! 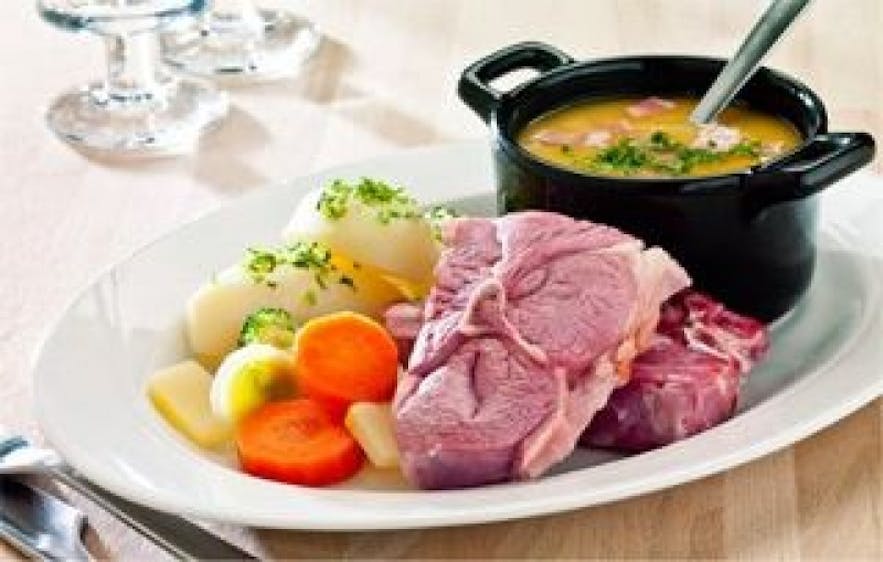 If only it always looked this good.

Btw this is one of the very few Icelandic cuisine dishes we have. Back in the day we were so poor that there was no room for fine cuisine like most cultures have. So it's always a bit sad when foreigners come here all excited to eat like a true Icelander and are then let down... But do enjoy if you're staying in february!

Öskudagur (Ashday) is the Icelandic equivalent of Halloween. During the day kids dress up in costumes and go from store to store singing and receive candy! I like the fact that they have to work for it and the singing usually puts a smile on people's faces. It's an adorable day for the most part.

All in all these three days have been mixed and molded throughout the years and what rituals were done on one day have been moved to another and so on. Originally they were created as a pick-me-up right before the great fasting began before easter (Catholic tradition). Here are some interesting tid-bits curtesy of icelandic wikipedia:

*The wands kids use on bolludagur were (most likely) originally used by "sinners" to punish themselves. Warm thoughts...

*On old-Ashday people used to hang small bags filled with ash or stone on each other without the hanged noticing (kind of like the post-its some jokesters hang on others, hipster Iceland)

*Also on old-Ashday, kids walked in circles around a barrel and hit it, kind of like a pinata but instead of candy coming out there was a cat in the barrel... And kids would hit the barrel until it came out. Hopefully alive?

*Sprengidagur (Blow-up-day) gets it's meaning from people eating so much they "blow up". So it's not just the immense amount of salt, it's also overeating.

I personally like these days. They make the long month of february a bit more enjoyable. Which is necessary during these gray days. But today it was sunny and the air was fresh and crispy. So all was well!

Here's a beautiful panorama picture of Harpan I took on Valentine's day.

My mother, BF and friends joined hundreds of Icelanders in Harpan to dance away violence against women. It was amazing and so much fun! Hope you did too wherever you were!

(Scuse the messy black spots... I'm no pro and my phone didn't have steady hands to work with)

Oh and also, the northern lights have been fantastic this week. Hope you saw it if you were here!

On my search for turf houses around Iceland, I visited Sænautasel hypothetical turf house on Jökuldalsheiði heath in the highlands of Iceland. It is, …
Read more
Guide to Iceland
Connect with locals
Aldís Amah Hamilton
An eventful week