Askja, between the moon and mars, floating in space!

Since a long time, I wanted to explore the remote places of the highlands and especially Askja. As many of the sites in the Highlands, Asjka can only be reach by a 4x4 and I must say, after being on the road, that you cannot by the smallest 4x4 you can rent! They are a few rivers to cross and one is quite deep and subject to quick level changes as it's a glacial river.

I decided to book a day tour to Askja, as I was in Myvatn on holidays for few days. Myvatn is accessible by the ring road : 6h from Reykjavik, 1h20 from Akureyri, 2h10 from Egillstadir. If you are in the north of Iceland, it's a really nice tour to do!

When I arrived at the rendez-vous at 8 am by the supermarket of Reykjahlíð (just 3 minutes by foot from the campsite), I felt already in the mood of the trip by discovering the big 4x4 bus we had for the day.

The 23 other tourists and I were welcomed by the driver and our guide for the day Kristin, from Myvatn tours. Kristin explained the program of the day and warn us about the fact that it will be a long day since we will be back in Myvatn around 8pm. Many stops will be made during the trip to Askja of course!

We left Myvatn and went to the east through Myvatn area, leaving beind us the geothermal area and driving through the lava field called hraun (which means "lava" in Icelandic). We then turned by the road F88. In few minutes, we've been instantly transported in an other world with a landscape that had nothing but black sand. We then drove by the biggest craters line in Iceland.

During the drive, the guide told us stories and if I can mention one, it would be this funny fact. He told us that the area of Askja is a kind of dry area as the glacier Vatnajökull is stopping the clouds from the south so all the rain just falls on the glacier and the clouds are "empty" when arriving by Askja. Of course, it's not the same with clouds coming from the north... and during the trip, it was the second case ;) If it's not funny to travel with rain but I must say that Iceland is really a great country to experiment incredible skies, that change everytime and making your pictures even more beautiful.

During this trip, I was, like everytime, looking by the window, staring at the view so as to miss nothing of the landscapes. I really like driving through Iceland and I'm always amazed by all this pure beauty and the raw nature.

On the way, we stopped many times. The first stop was after we passed by the river Jökulsá á Fjöllum, the river of dettifoss waterfall, a powerful stunning waterfall. The stop was just after we crossed a small river easily. We stopped only 10 minutes and Kristin told us that we could fill our bottles with fresh water and take some pictures of the small waterfall and the surroundings - meaning nothing but sand. 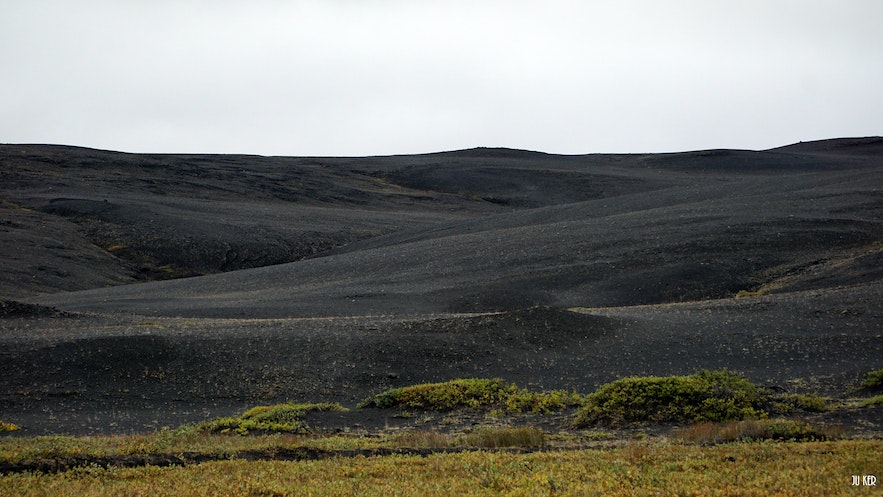 The drive continued and impossible to me not to spot the strange things in the black sandy landscape : we spotted a rescue emergency area delimited by stone painted in orange, funny but really useful especially in the middle of nowhere.

Through the lava field, we saw the queen of the mountain of Iceland, Herðubreið, with a shape of a shoulder and a flat top, as there were a glacier on top a long time ago. Kristin told us a bit more about the lava field we were driving through, Lindahraun. The eruption of the lava is believed to have occurred just before the Settlement of Iceland, or approximately 1300 years ago. As this lava field is higher in altitude and receives quite no rain, there is no moss and only some lichen that grows - this lava field is totally different from the lava field we crossed before when we left Myvatn, even if it has the same age!

We were so driving on the lava field and I can tell why the tour is long : the road on the lava field is bumpy and narrow! We saw almost no cars for now and I was pretty glad as there was no space for two... :) We also crossed a massive river, quite deep, I was really happy not driving!

We made a second stop by the cabins in middle of nowhere, with the view on Herðubreið. Kristin told us about a hole where an icelandic guy used to live - we had time to take pictures and walk around. 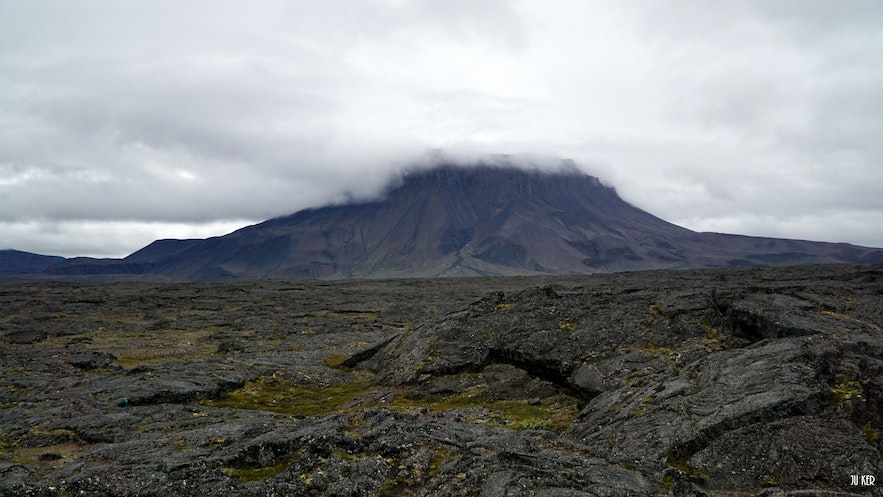 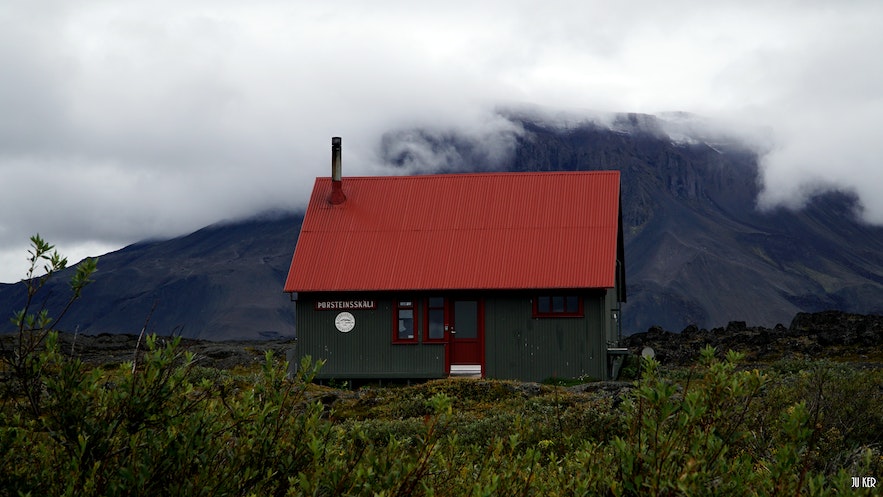 We passed also by the small lake called the "swan lake" by the road where the same couple of swans nest every year. It's funny to find some "life" on such an unhospitable place. Third stop was again by the river Jökulsá á Fjöllum, dettifoss river. There are massive waterfalls and as Jökulsá á Fjöllum is a glacier river, the water level changes constantly. Kristin wasn't sure we could get closer. There was too much water to cross. It was so powerful! By the way, Kristin told us an interesting fact to spot the glacial river : if the water is creamy and seems like full of dust, it's surely a river coming from a glacier.

We then arrived really on the moon.... the black sand was mixed with big rocks and yellow sand and gravels. This colour is due to one of the Askja eruption! The bus driver stopped just to make few pictures. 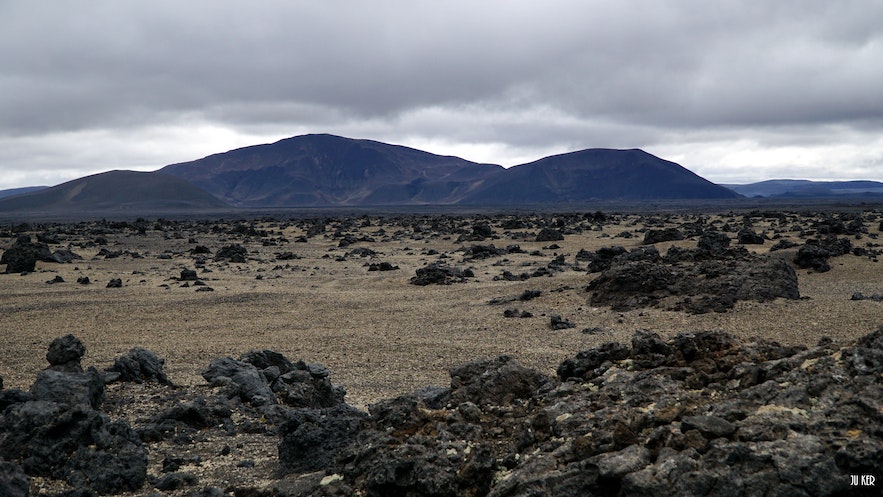 We were then driving through the Askja new type of lava field called "Aha" (a name that is the sound you make when walking barefoot on it :) ), a massive lava field from 1961, the most powerful eruption of the volcanoe. We finally arrived at our last stop, where we then walked until lake "Viti", a lake inside a volcanoe. Remember to take your swimsuit! :)

Few (a lot!) of pictures below! 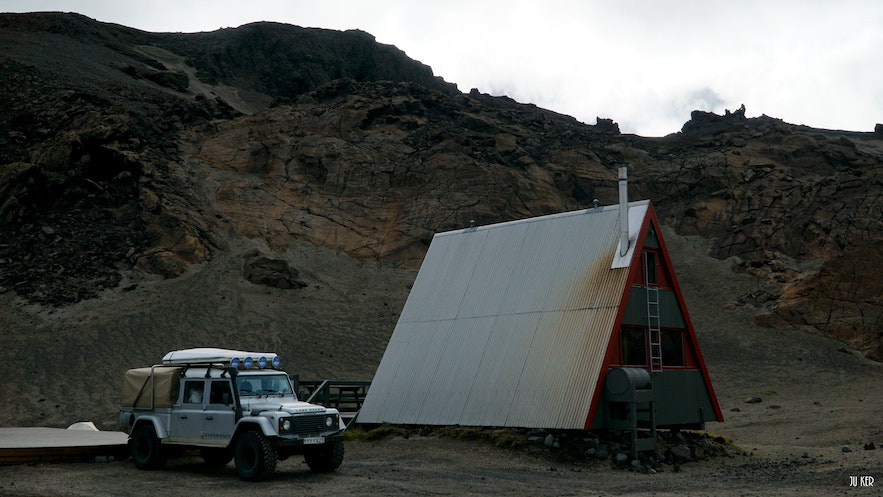 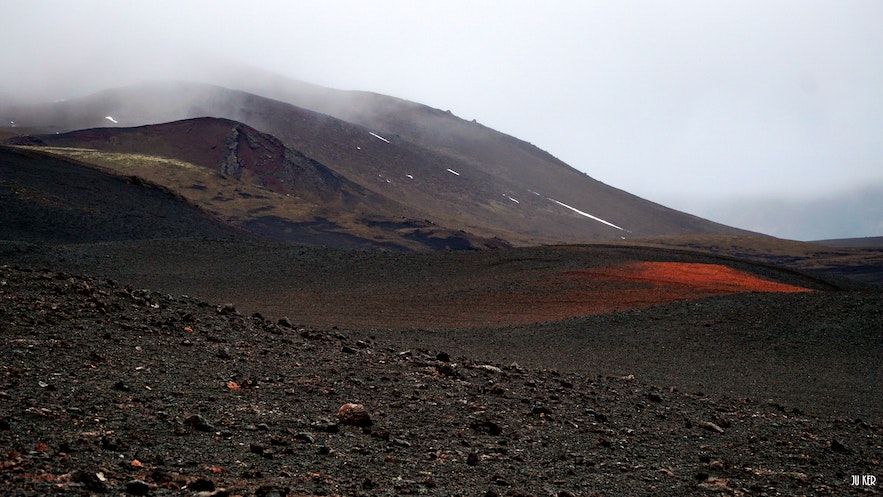 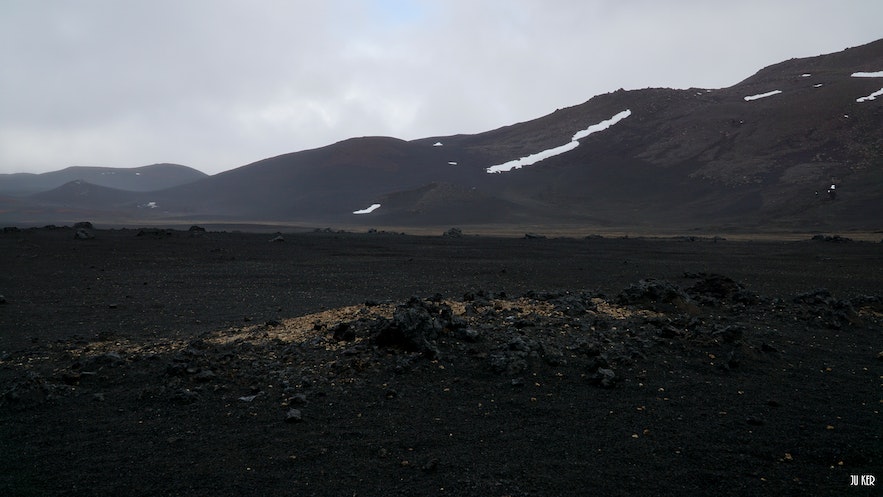 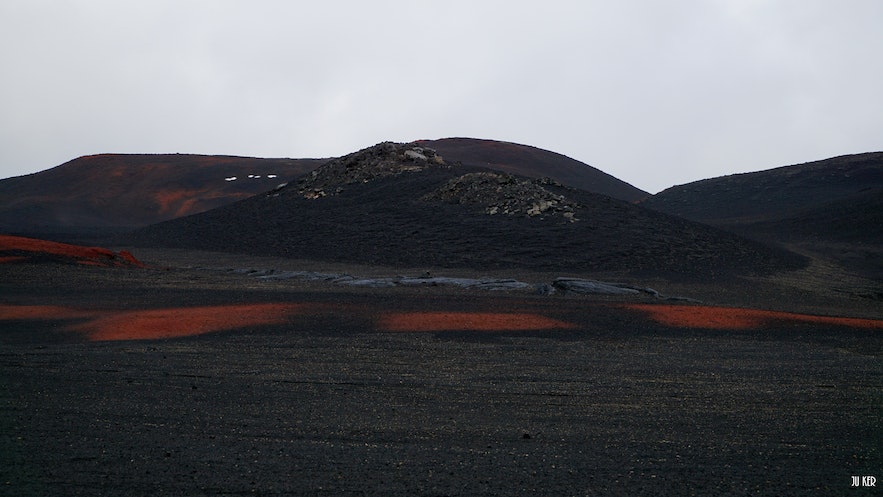 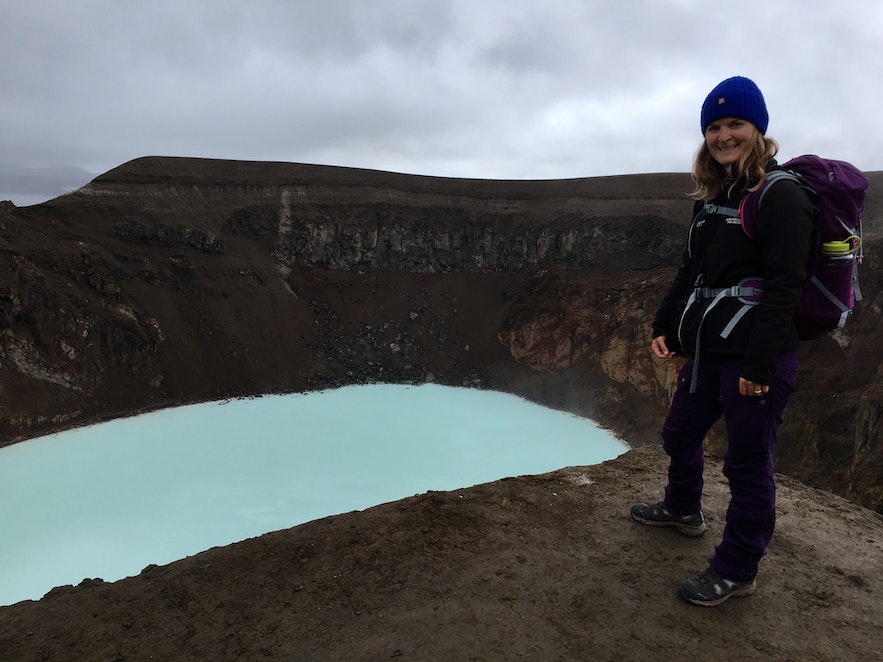 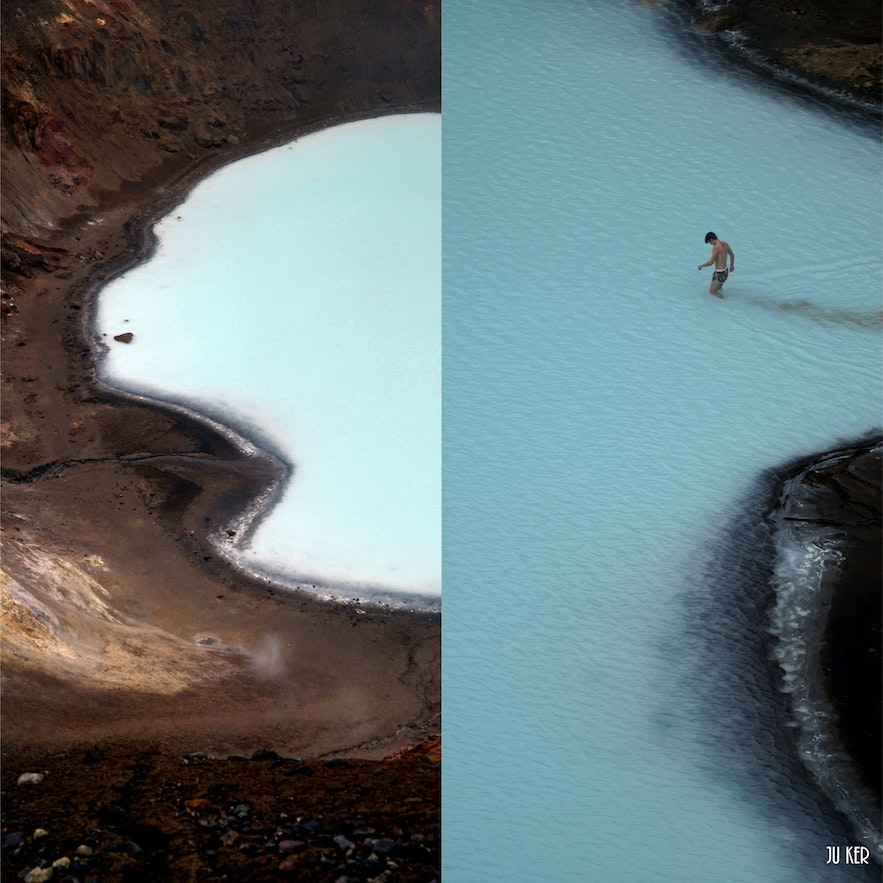 Just remember that Askja is only accessible when the road is opened... these tours are only available from the end of june to the beggining of september.

Find all the activities in Iceland during summer here.

Have a nice trip! Góð ferð!