Today is the date when Iceland became great again. Bjórdagurinn is celebrated every year on March 1, honoring the elimination of the 74-year prohibition of beer. Prohibition lasted from 1915 to March 1, 1989.

Just imagine an island far far on North where people have no joy to drink beer and you will realize how tough their Fridays was. Light has come and the darkness has been defeated!

People of Iceland went crazy on 1 March 1989. Beer was sold out very quickly. Emotions were so great! In 1989 I didn't even know about Iceland. I didn't even know about a beer and alcohol as well. I was a kid in the late Soviet Union where alcohol prohibition was even stronger than in Iceland. Well, it's enough to leaf over Icelandic newspapers of March 1989 to realize how great this event was. Take a look at a few images and join Reykjavik Beer Tour. Fortunately, there is plenty bars in Reykjavik with a lot of delicious local beer. 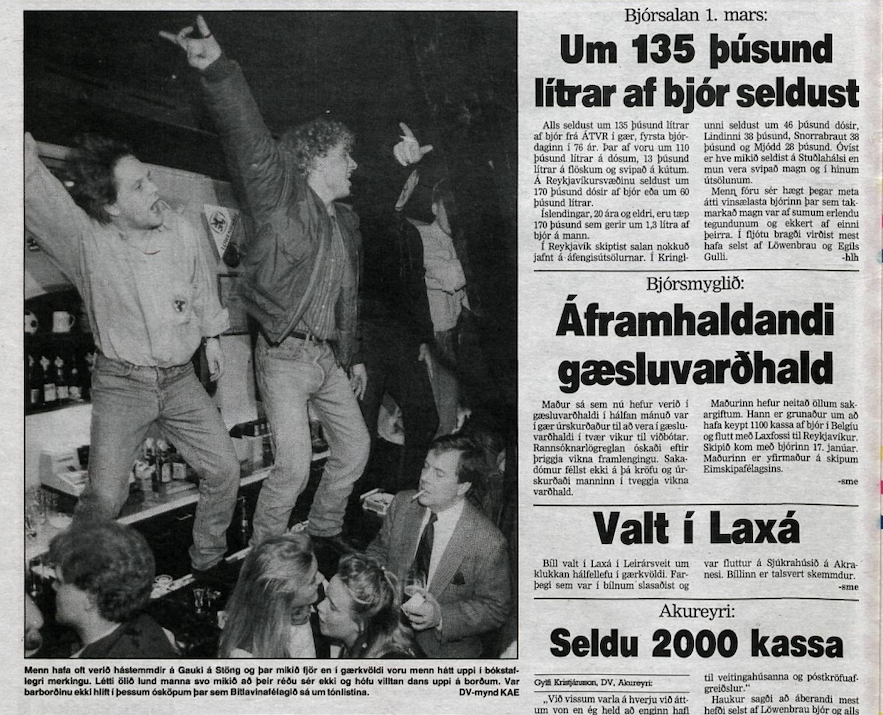 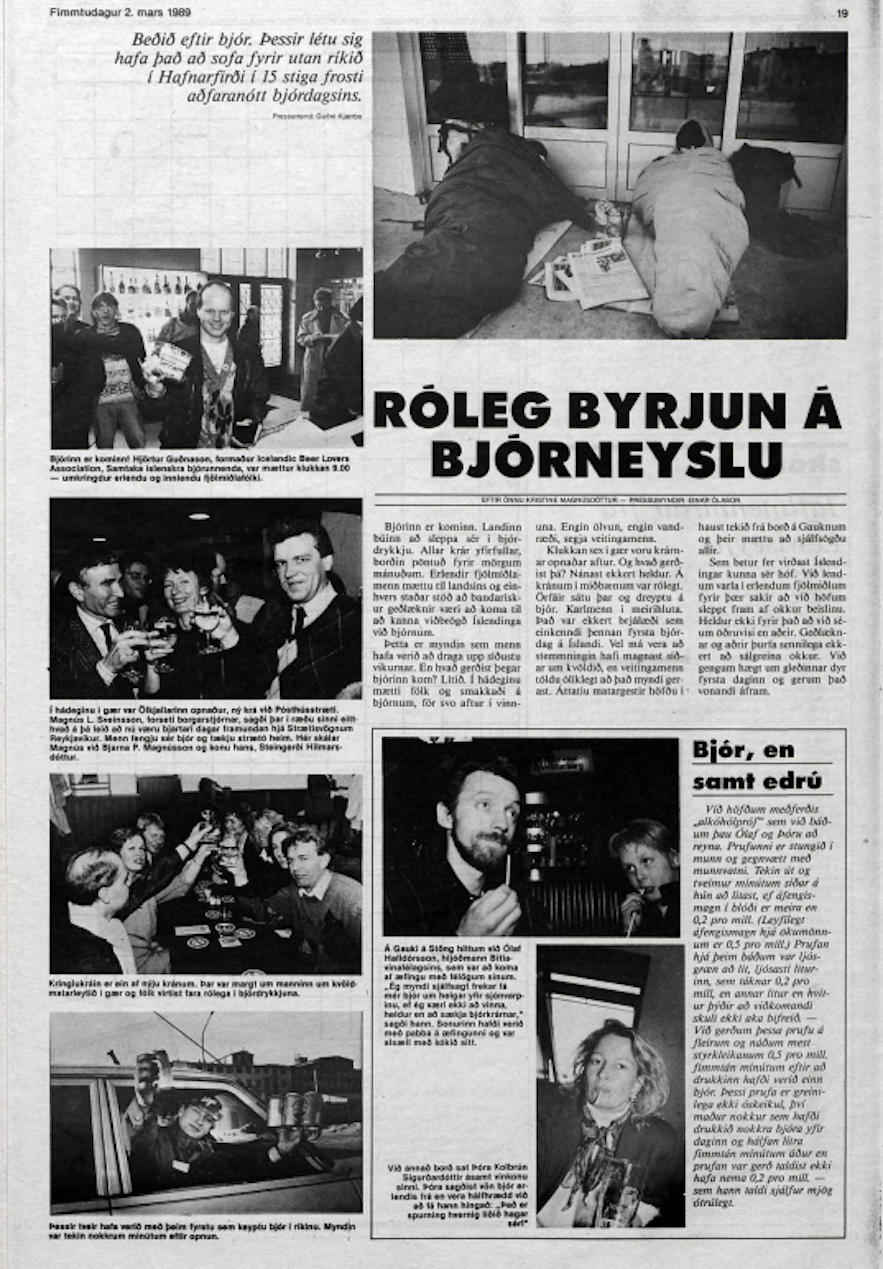 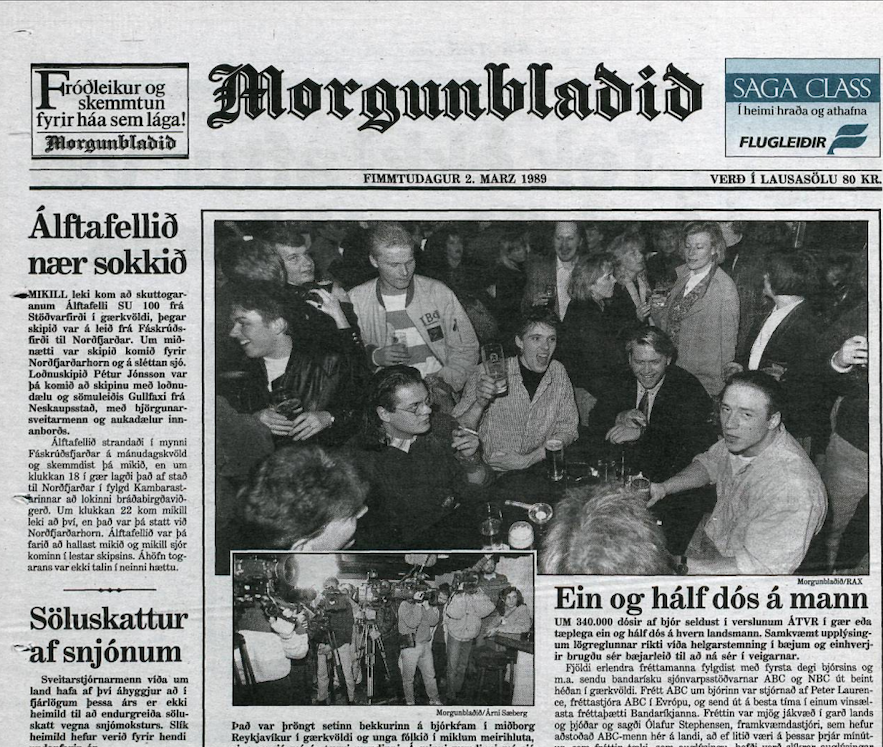 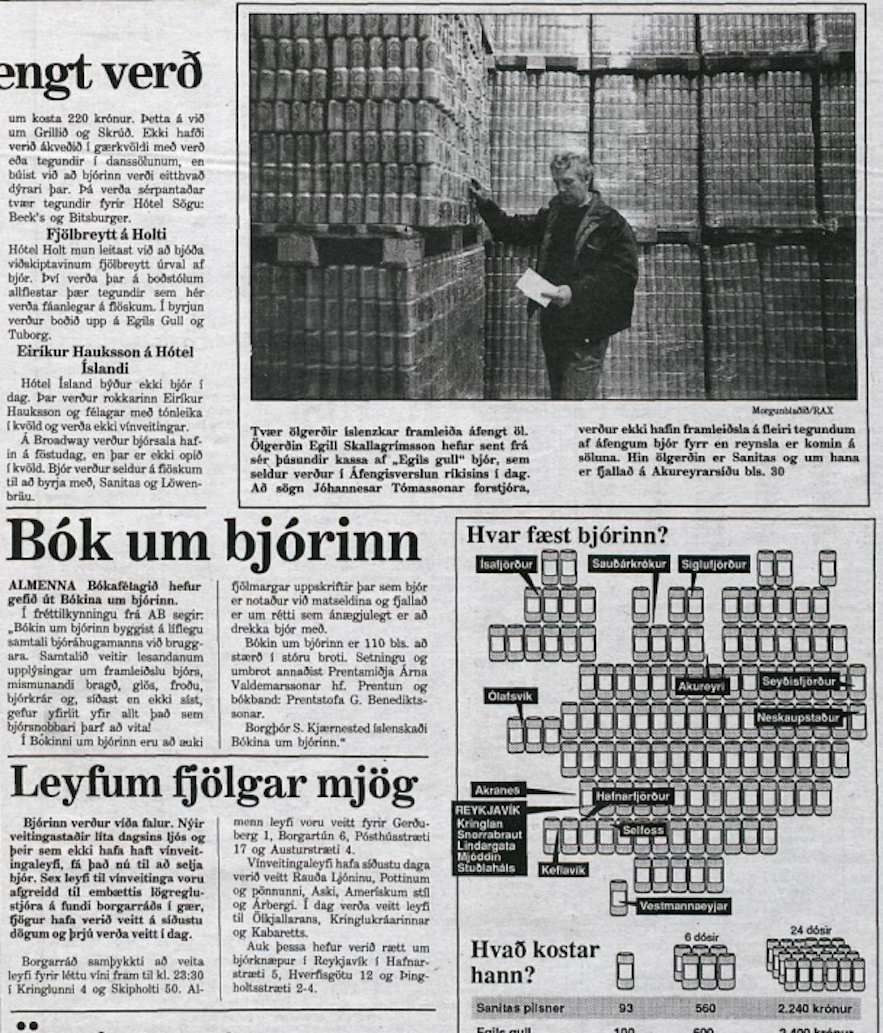 But even at that joyful moment, people didn't forget about responsible drinking. 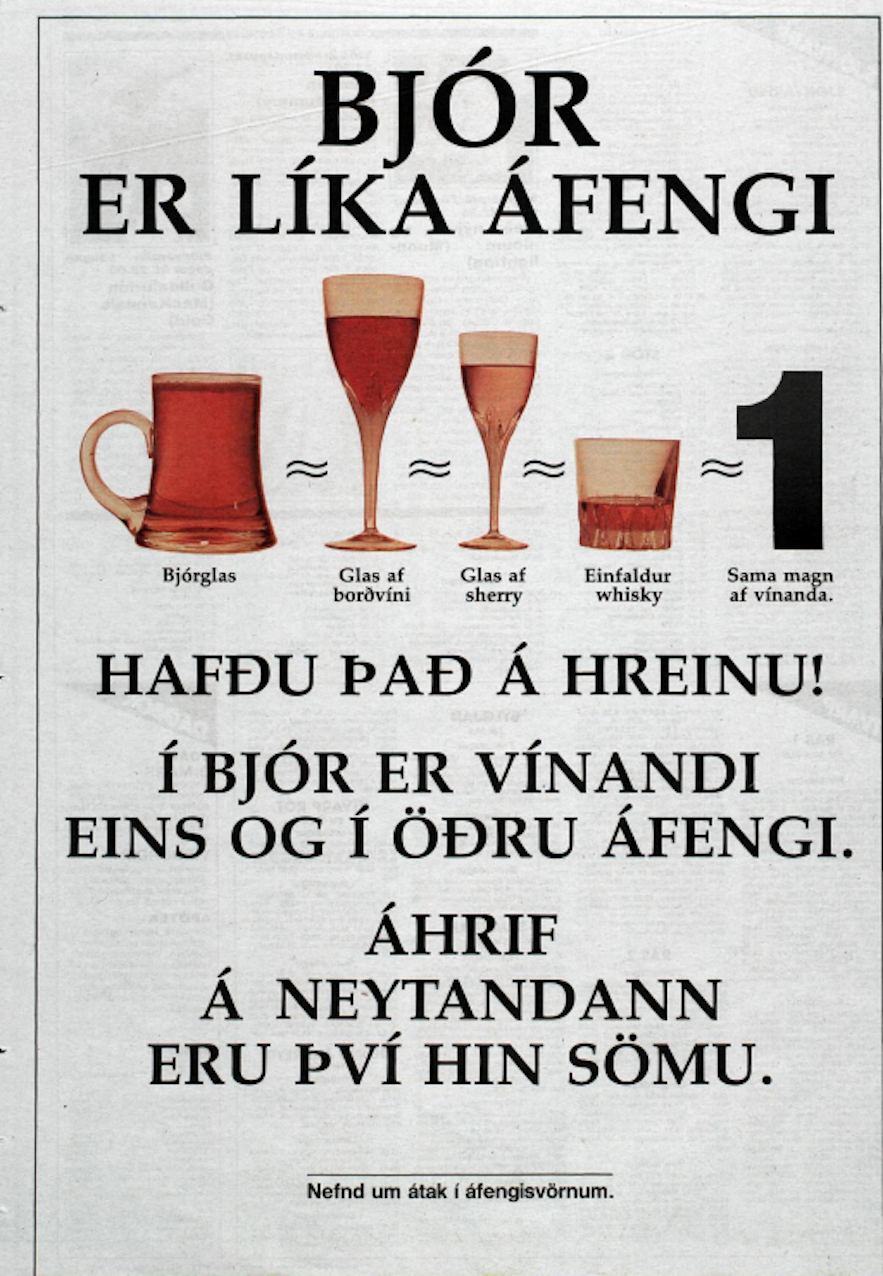