I just watched a great film about photography in Iceland. It's called Light Hunter, by the well known Switz photographer Stefan Forster.

You'll see some gorgeous scenery from Iceland as Stefan goes on his search for the perfect light in Iceland. He's fallen in love with the country, that's evident from how he speaks about it and from all the effort he puts into getting the perfect shot. The results are both gorgeous still images as well as great moving images of the country's nature.

Stefan now spends 3 months a year in Iceland and has gotten to know the country well, which is also evident since this film is full of interesting facts about Iceland's nature, wildlife, weather and even history.

Stefan focuses on the south part of Iceland in his film, taking in the black sands of the south coast, glacier lagoons, Svínafellsjökull glacier, the DC wreck on Sólheimasandur, Skógafoss waterfall - and there's also a dash of the Northern Lights.

Personally, I've grown a bit tired of always seeing the same pictures and videos of the south of Iceland, I feel as if no-one ever travels in the rest of the country (that's equally beautiful!) and you end up seeing the same pictures over and over again. Fortunately though, Stefan doesn't only focus on the most 'touristic locations' but also ventures a little into the highlands - and goes above and beyond to get a great shot of each place.

My favourite bit about the film is that it doesn't only show Iceland in blue sky and sunshine, which is a bit unrealistic as Iceland's weather can be a bit quirky. Instead of those glossy images of gorgeous weather, Stefan embraces the beauty of the wind, rain and snow - that's captured in stunning photographs. There are also some great shots of the Icelandic wildlife - beautiful birds and some playful seals.

If you want to try your hand at catching some pictures like this yourself - I'd recommend driving around the country yourself, such as on this 3 day winter self drive tour of Iceland's south coast. Or you could be different and explore the other parts of the country - I hope Stefan's next film will be of the Icelandic highlands, the North, the East or the Westfjords!

You might also want to check out this winter photography tour in Iceland.

Since Stefan is from Switzerland, he speaks in German - but you can watch the film with English, French or even German subtitles.

I'll end with an example of Stefan's pictures - who wouldn't want to go and see an ice cave like this?! 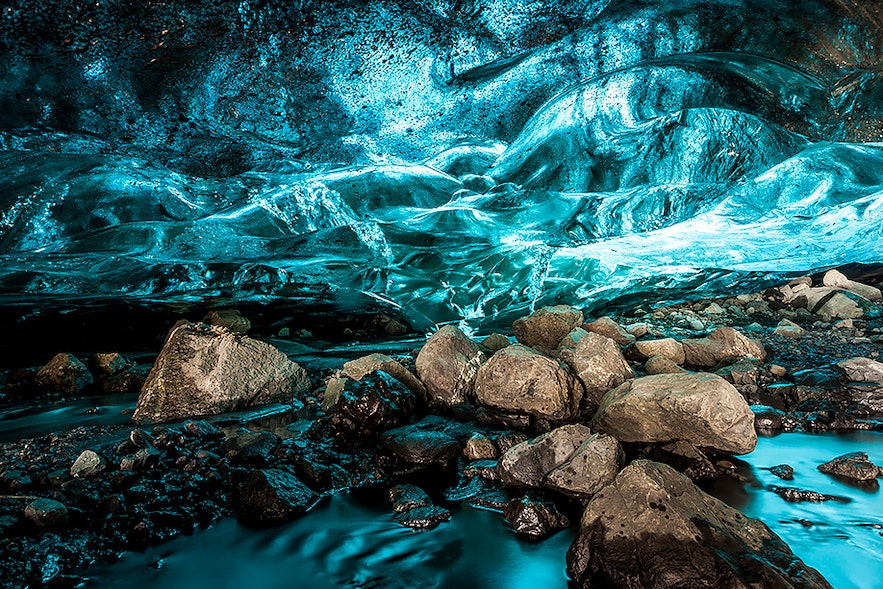