Icelanders really go all out in Christmas celebrations. Most people start preparing and celebrating on the first day of Advent, 4 Sundays before Christmas Eve. Of course, preparations vary from one household to another, and people celebrate differently - so excuse me for any generalisations!

Some people buy the Christmas tree early in December, while others make a tradition of buying it on the 23rd of December (Þorláksmessa). Some people clean every single corner of their house before each Christmas, while others prefer to leave it just somewhat tidy and spend more time hanging out with loved ones instead of cleaning.

The main Christmas days in Iceland are the 23rd, 24th, 25th and 26th of December. However the first of Advent might take place in late November, and people start opening their Christmas calendars on the 1st of December - and santa clauses start coming to town on the 11th of December. So it's safe to say that the whole month of December is taken over with festive spirits in Iceland.

During this time there are a few common traditions that most people adhere to, so I'll go over the main ones.

Things to Do During Advent in Iceland

During Advent there are several entertainment options in Iceland. First of all there are the dozens of Christmas concerts taking place, all over the country throughout the whole month of December. The country's best musicians and singers will get together and make a Christmas program, and many of Iceland's multiple choirs will do the same.

Perhaps the most known one is Jólagestir Björgvins, where some of the country's finest musicians all come together in one spectacular show with multiple singers, choirs and talented instrumentalists in Harpa Concert Hall in central Reykjavík.

Most of these concerts charge a fee for entry, and the price can vary greatly from a grand show like Jólagestir to a small and intimate show of 1-2 people in a more modest location.

However, there are also several free entry concerts, often to be found in smaller venues, bars or churches. Kex Hostel for example has an extensive program throughout December, with free entry to all performances. Dómkirkjan church also has a choir Christmas recital with free entry, as well as other music venues around town. The concerts around town are often advertised on facebook, where you can look up upcoming events to see what's on each year.

There are also several Christmas markets to be found within town, many of which offer free concerts as well.

Finally, there are all the Christmas buffets around town, when several restaurants and hotels offer a decadent buffet of all sorts of Icelandic traditional Christmas food, including for example smoked lamb, gravlax, smoked salmon, herring, leaf bread, rye bread, turkey, goose, ptarmigan, reindeer or other exquisite delicacies. 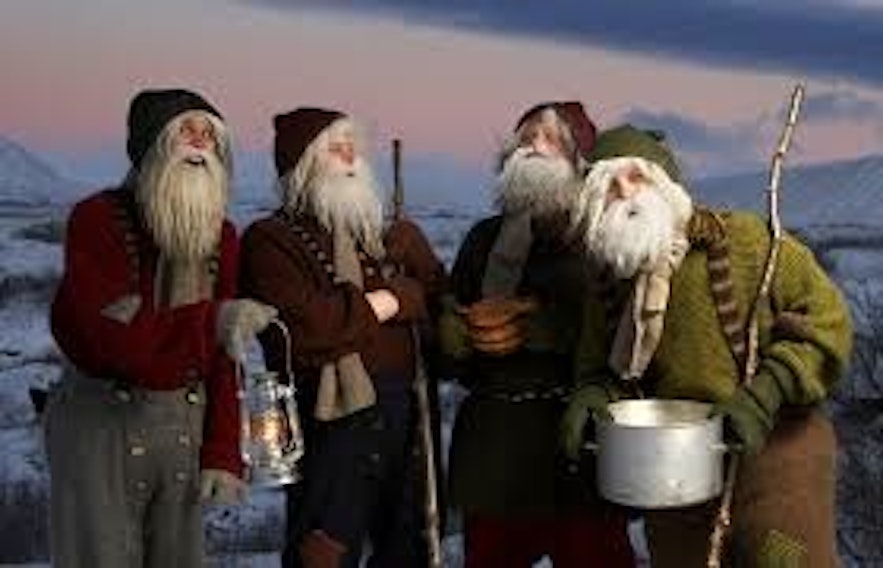 Perhaps the most famous tradition is to do with the Icelandic Santa Clauses. There are 13 of them in total, all bearing a name that describes their features or characteristics. Each one is a little naughty, and they like to slam doors (Doorslammer), steal candles (Candlesnatcher), peek through windows (Windowpeeker) and steal sausages (Sausagefetcher) for example.

However, they also leave presents in people's shoes if you leave your shoe in your windowsill at night. If you behave badly, you might just get an old potato in your shoe - but if you behave well then it's more likely you'll get something sweet, some item of clothing (such as socks) or something to play with.

You should hope that the Yule Lads give you at least one pair of socks before Christmas, because if you don't get any new clothes, you'll get eaten by the Christmas Cat!

The first Santa Claus, or Yule Lad, arrives 13 days before Christmas. That is to say, on the night of the 11th of December.

What do Icelanders Bake Before Christmas? 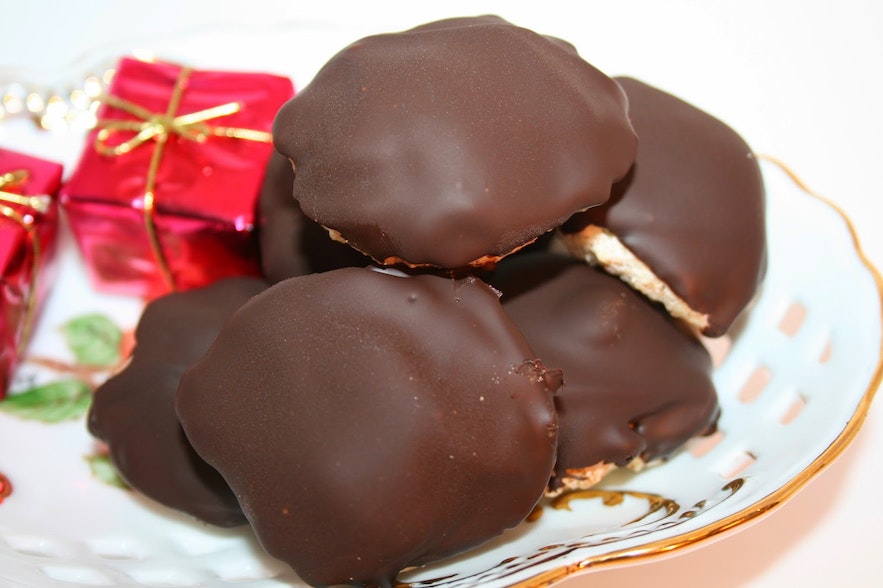 Sara is a common sweet treat during Christmas, originally Danish. Picture by Dísukökur.

Many Icelanders feel that Christmas celebrations mainly revolve around family - and food.

Therefore it should come as no surprise that most households do some sort of baking before Christmas. Be it gingerbread cookies, gingerbread houses, various confectionary or different types of cookies. Perhaps the most traditional Icelandic things to bake are 'Sara' or cutting out and frying 'laufabrauð' (e. Leaf Bread).

'Sara' is the name of meringue/macaroon based, chocolate-cream filled and chocolate coated sweets that are commonly baked in many households, but also available in almost all bakeries and cafés in town. They're best served slightly frozen in my opinion.

I myself have a habit of making these each year with my sister. This year we made an exceptionally large recipe and ended up with 250 cookies! I give many of them away, which is probably for the best because we could never finish all of these. 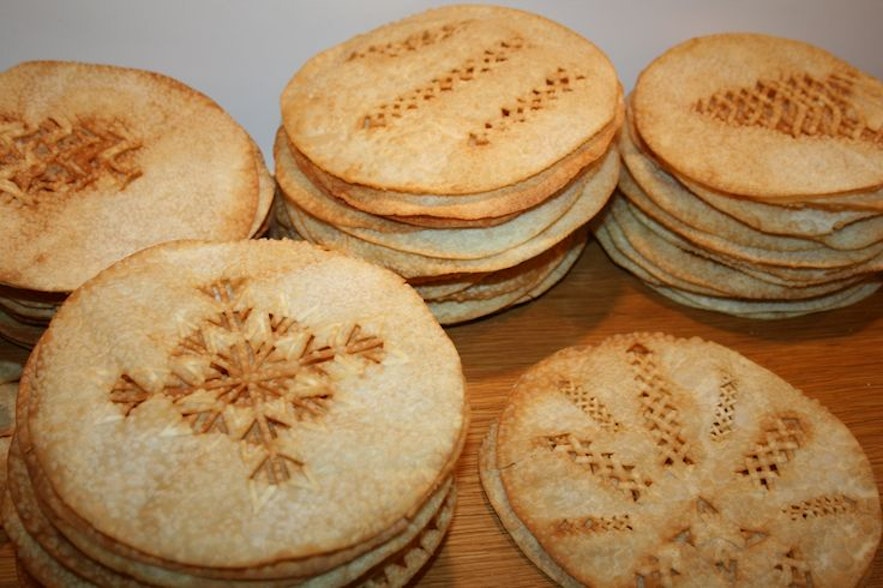 Laufabrauð is another common thing to bake, and we talk about baking them even though they are actually deep-fried. This is a thin circular piece of dough, that people sit down and cut patterns into. When it's fried it has a similar texture to an Indian papadum and is consumed with butter - normally as one of the side dishes with smoked lamb during the holiday season.

Baking may start as early as the first Sunday of Advent (so the family has enough goodies to munch on during the whole month of December), but very often it takes place on one of the Sundays during Advent.

Christmas Celebrations on the 23rd of December
- Thorlak's Mass | Þorláksmessa

Although Christmas celebrations sort of begin on the first Sunday in Advent, or the 1st of December - or even on the 11th of December when first Santa comes to town - then they really are in full swing by the 23rd of December.

Icelanders celebrate official Christmas at 6pm on Christmas Eve, the 24th of December. That means that the 23rd of December takes over as Christmas Eve - the last night before Christmas when everyone is buying their last present, and having a few drinks with their friends.

This day is called Thorlak's Mass - or Þorláksmessa. Downtown Reykjavík is filled with hustle and bustle, people donning their best coats, rushing to buy a loved one the last gift - but also taking the time to meet up with friends and family for a drink or two at one of the city's many bars.

Personally, this is my favourite evening of all of Christmas. There's so much anticipation in the air, I meet up with many friends for a drink downtown and I always end up staying up late decorating a Christmas tree.

However, there's also a tradition to eat a specific fish dish this evening, called Skate. Many Icelanders feel that Christmas doesn't truly come until you've had a Skate dinner. Unfortunately though, this fish has a really strong stench - one that sets into your clothes and fills up your house. So people that have Skate for dinner tend to dress up in their worst clothes during dinner, and then change into their finest clothes before going out. And those hosting a Skate dinner will open up all windows to get the stench out before Christmas Eve.

There may still be some Skate stench in the air, so if you smell something funny - the Skate is a likely culprit!

Christmas Celebrations on the 24th of December
- Christmas Eve | Aðfangadagur 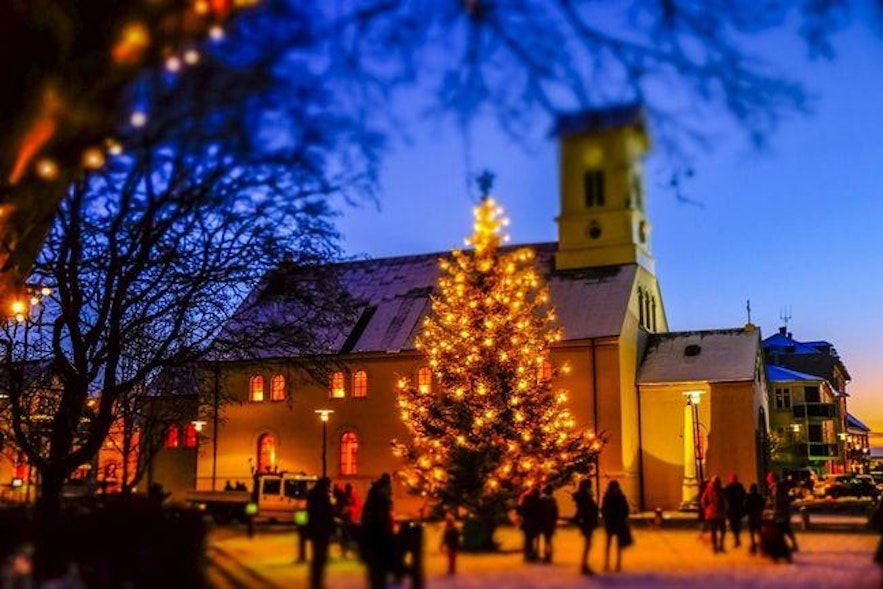 This is the main day. When the clock strikes at 18:00, that's when Icelanders ring in Christmas. Before 18:00, most of the day is spent delivering presents (perhaps even wrapping some last minute), bathing, cooking, laying the table, welcoming family over, nibbling on chocolates and sweets - kids often watching a film while the grown-ups get the dinner ready.

Traditions vary from one household to another. My family always gets together at noon to have Ris A L'Amande - a rice pudding with one almond in it. Whoever gets the almond wins a price, but you can't show the almond until the pudding is finished. I then have my own tradition of going round my friend's houses with a red Santa hat delivering presents.

At 18:00 however, that's when dinner takes place. What is for dinner varies from family to family, many opting for smoked lamb, glazed rack of ham, reindeer or ptarmigan, often with a salmon or seafood starter. Presents are opened after dinner. 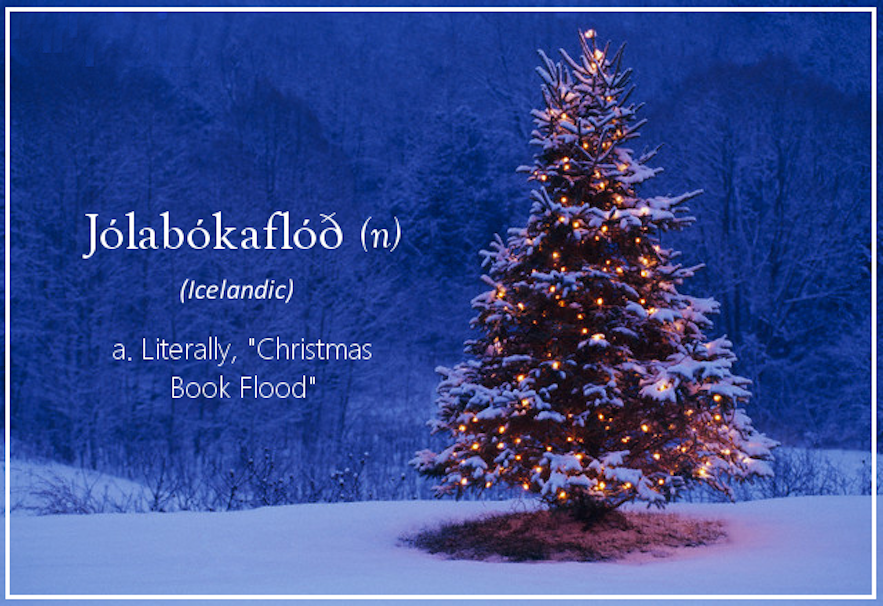 That could include reading a book, playing a video game or playing a board game - whatever it was you got given. Books are a common Christmas gift in Iceland, with dozens of new literature being published before each Christmas. There are so many books published before Christmas in Iceland, that it's called a Christmas Book Flood. To make the most of this many people enjoy relaxing in the sofa with a full stomach of tasty dinner and reading.

It's worth noting, that for those without families to celebrate with or with low-income, there is a free Christmas dinner on offer in the City Hall, where a few hundred people come together to celebrate Christmas. 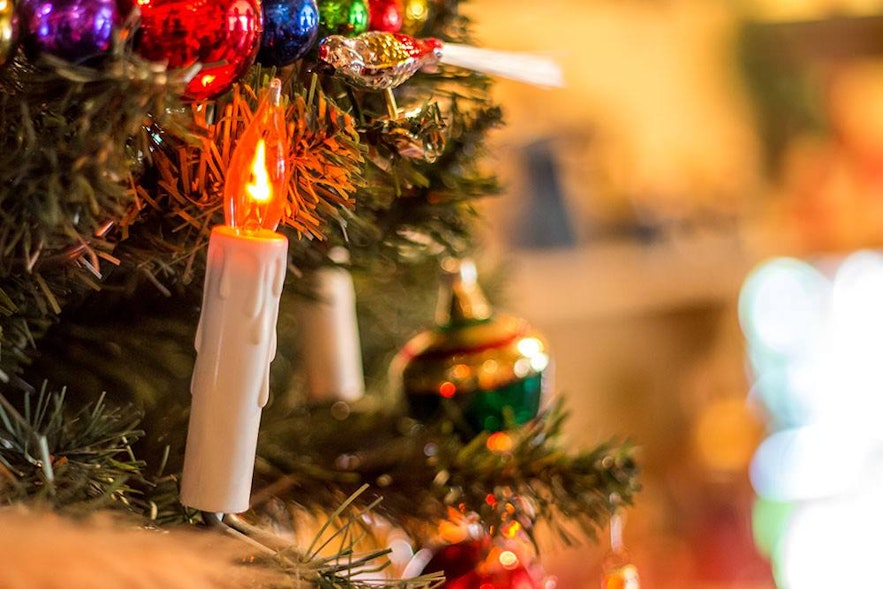 On Christmas Day and Boxing Day Icelanders tend to either meet up with extended families for a family party, or relax and do hardly anything at all.

Personally I only have an extended family meet-up party on Boxing Day, so Christmas day normally is spent playing boardgames, watching films, reading books and eating good food. On Boxing Day however, the entire family on my dad's side will meet up, around 50 people in total, and we'll cook dinner together and play games.

Some people meet up with their extended families on Christmas Day - and some will meet one side of the family on Christmas Day and the other on Boxing Day. It's also common to visit cemeteries where loved ones may be resting and bring a wreath, candles or lights. As a result, Icelandic cemeteries are beautifully lit up during the Christmas Holidays.

Boxing Day is also known to be a good day to go out partying downtown, after midnight. But if it's partying you're after, then be sure to stick around for New Year's Eve!

Merry Christmas and a happy new year, or as we say in Icelandic: Gleðileg jól og farsælt komandi ár!