The Icelandic Gay Pride Weekend is the second weekend of August every year. In fact, Reykjavík Pride started yesterday (Tuesday the 4th of August) and ends this Sunday - so the weekend has been extended! It's running from the 4th of August until the 9th of August 2015.

You can find the schedule for Reykjavík Pride here.

Perhaps the most noticeable thing that happened on the first day of Reykjavík Pride was that the citizens of Reykjavík painted one of the main streets downtown, Skólavörðustígur, in the colours of the rainbow. It even made the BBC news! This is the street that's right in front of Hallgrímskirkja church. Doesn't it look great? 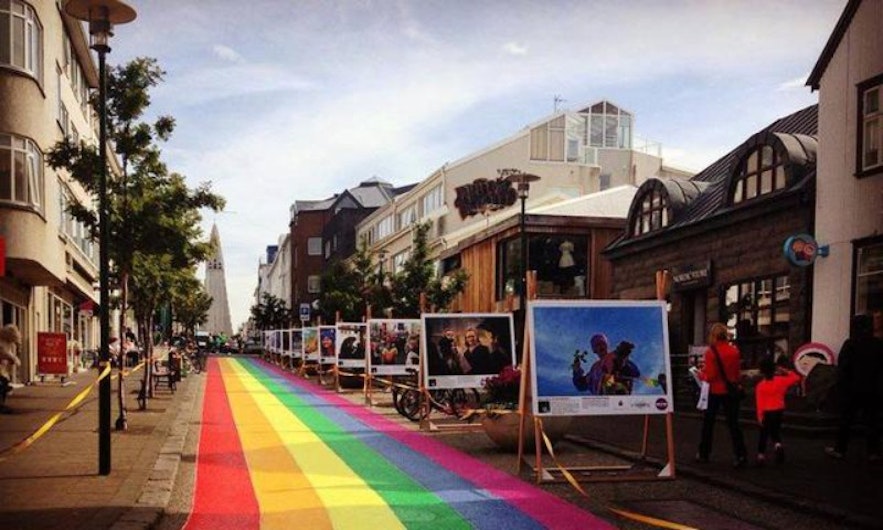 The main festivities will be taking place this Saturday though, with the Gay Pride parade. This will be the 17th time the parade is held in Reykjavík (one of Europe's oldest LGBT prides!)

Thousands of people attend, this has actually become the second biggest celebration in the country, after Reykjavík Culture Night. You can expect to see crowds of up to 100 thousand people, almost a third of the country's population!

Iceland is one of the most gay friendly countries in the world.

Over the last few years, Jón Gnarr, the former mayor of Reykjavík, made headlines around the world for joining in on the fun - in full drag. It will be interesting to see if the current mayor, Dagur B Eggertsson, will follow suit. Here's a picture of Jón Gnarr (who, by the way, is not gay) from Gay Pride 2011: 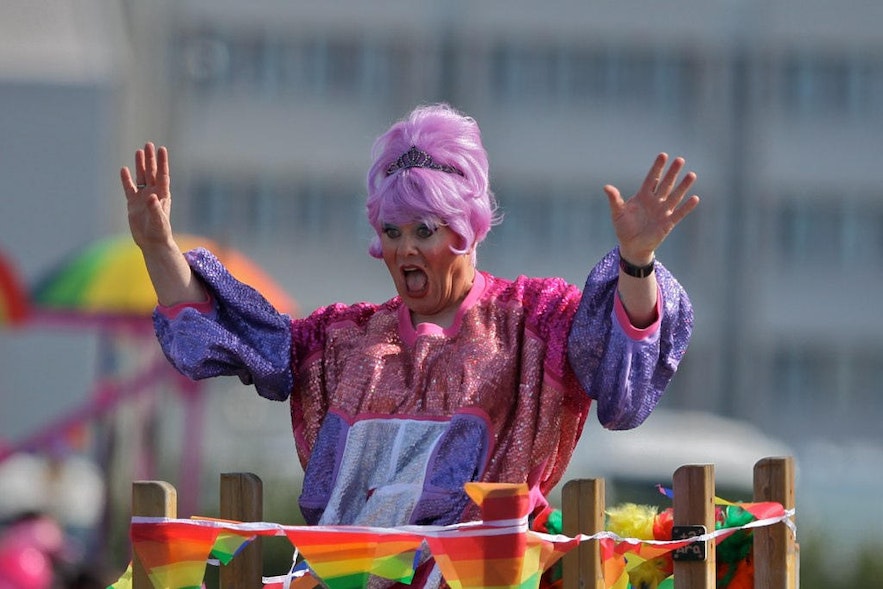 The Gay Pride celebrations in Iceland are very family friendly - and indeed, just very friendly! So get your glitter on, grab your friends, family or kids and join the celebrations :)