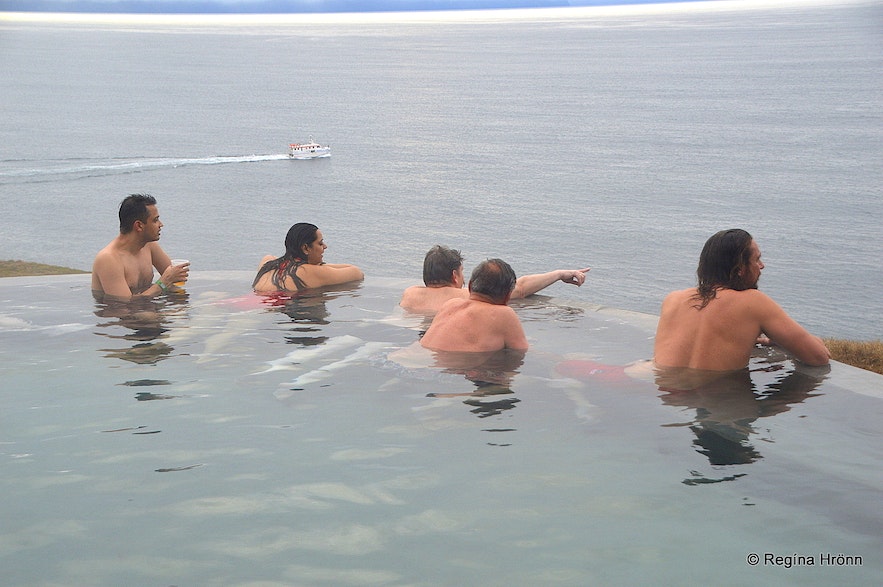 You might even spot a whale yourself while soaking in the sea baths. We did and after a short while, everybody visiting the sea baths had started whale watching - with a great balcony view of the bay.

You can see the whale-watching boat heading in the direction of the whale we had spotted. 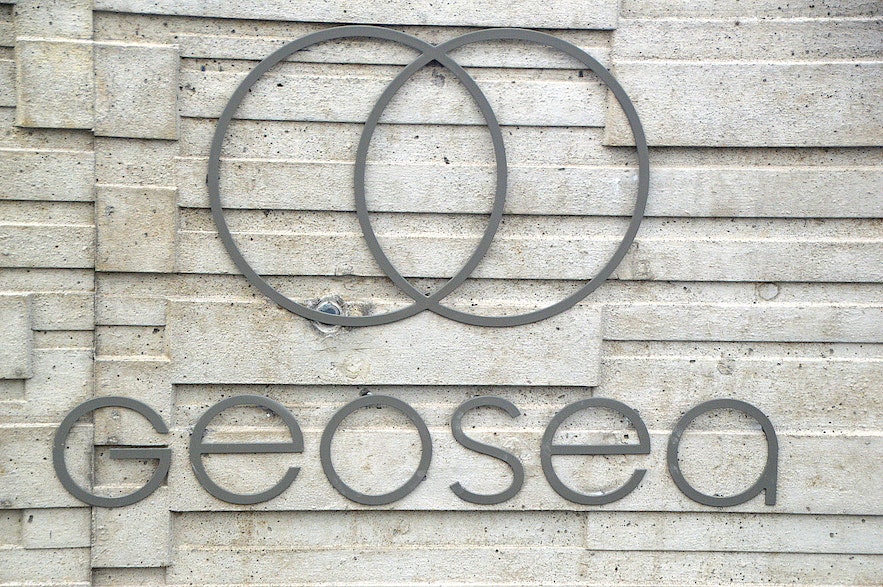 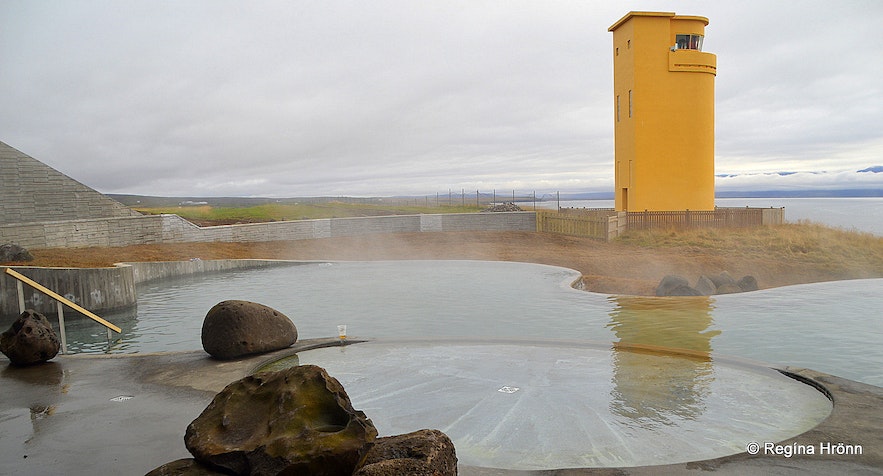 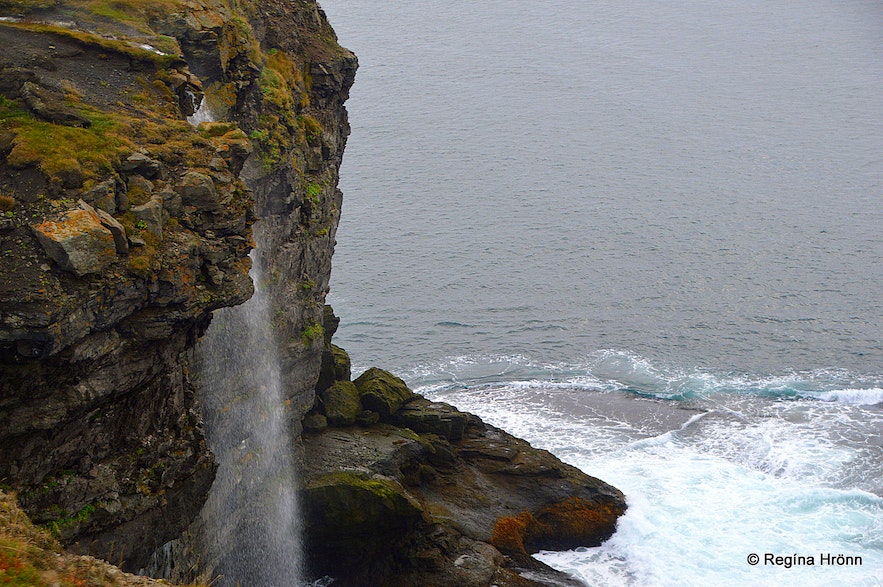 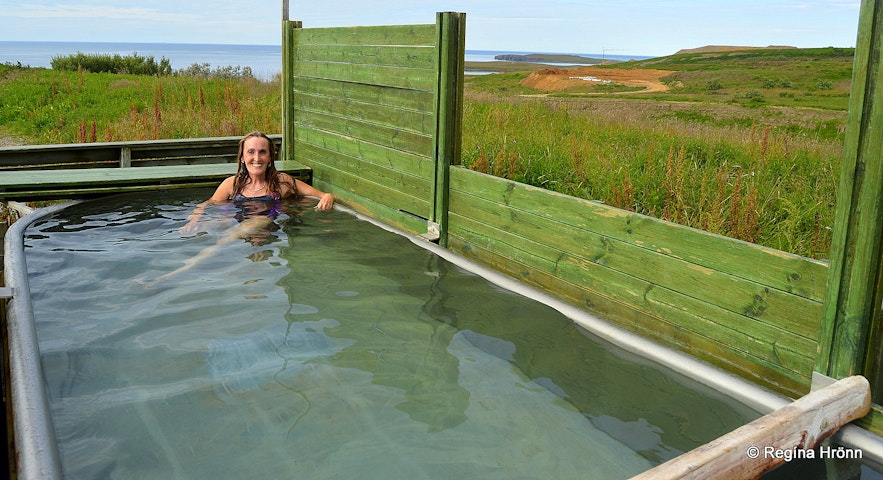 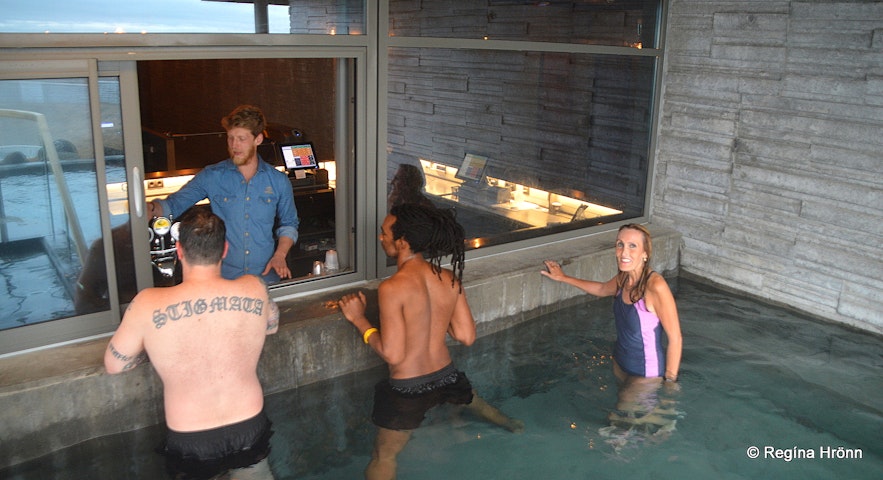 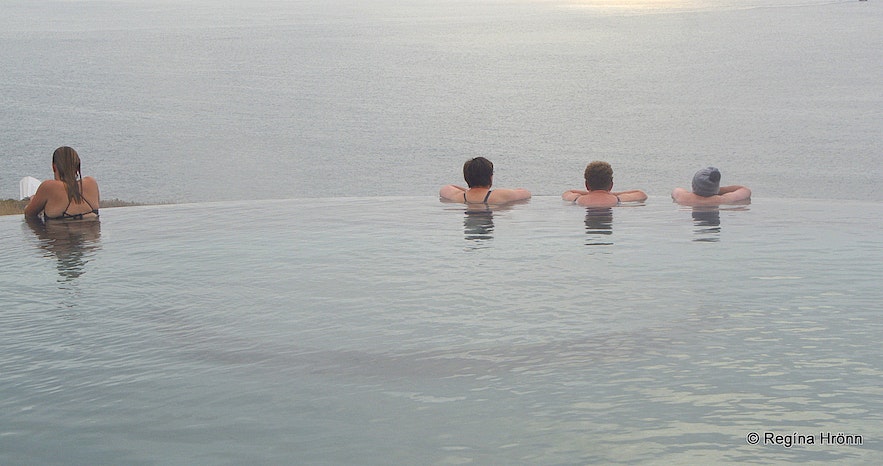 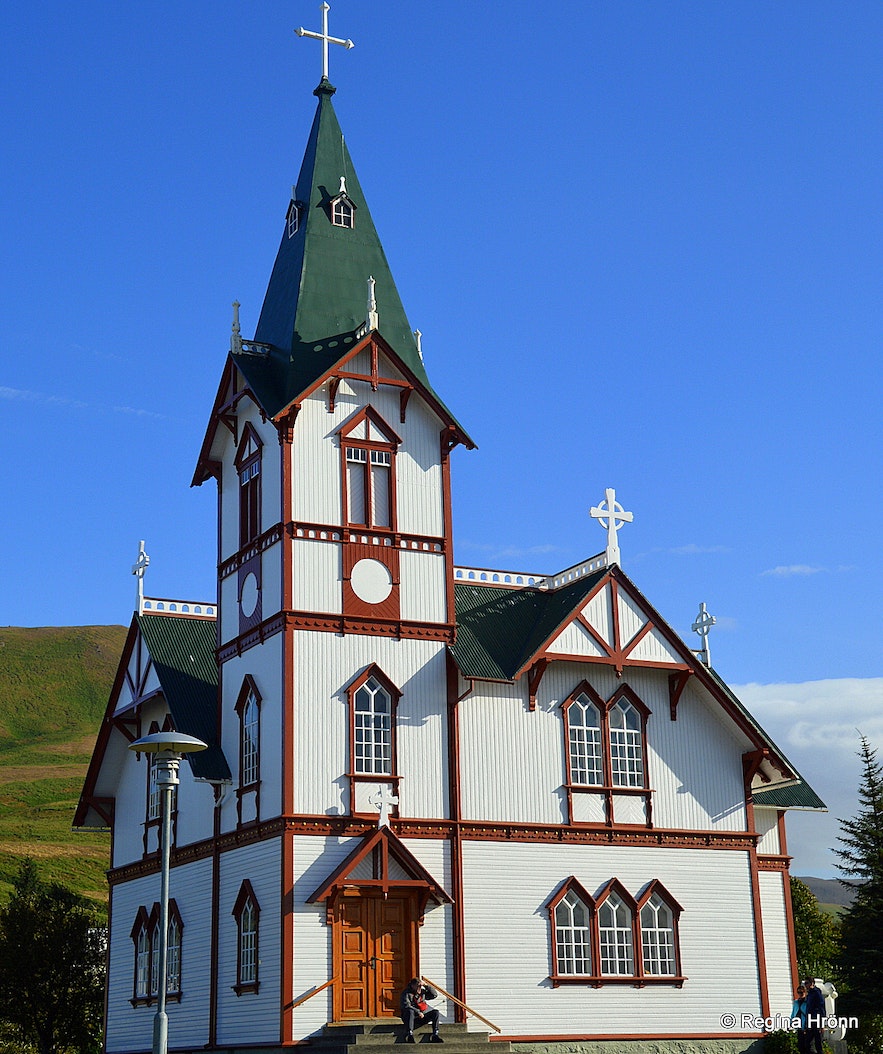 My grandmother and her 14 siblings were born in Bjarnahús house, a house which my great-grandfather built with his father next to Húsavíkurkirkja church, after having moved here from Grenjaðarstaður. Being a 1/4 Húsvíkingur means that I have a special bond to this beautiful town and I am always happy to see new additions to Húsavík :) 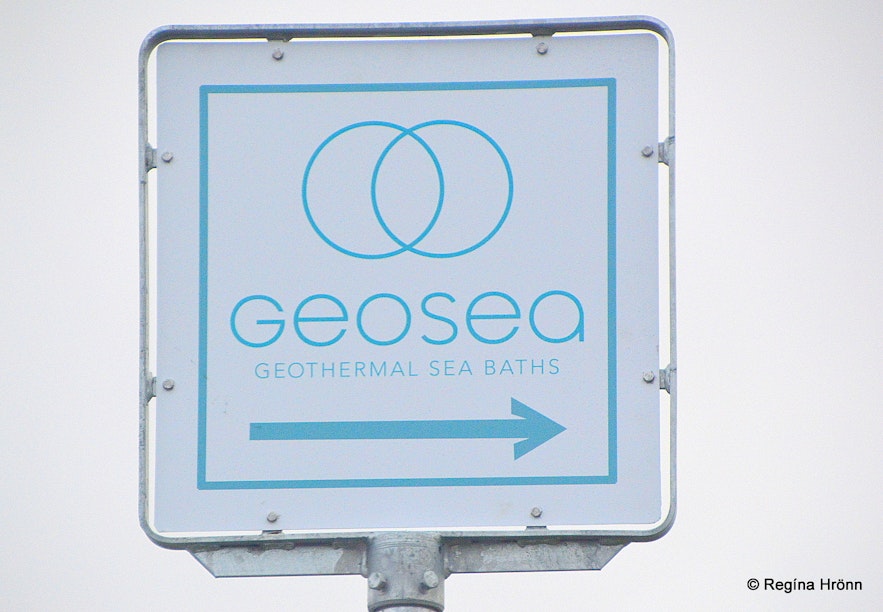 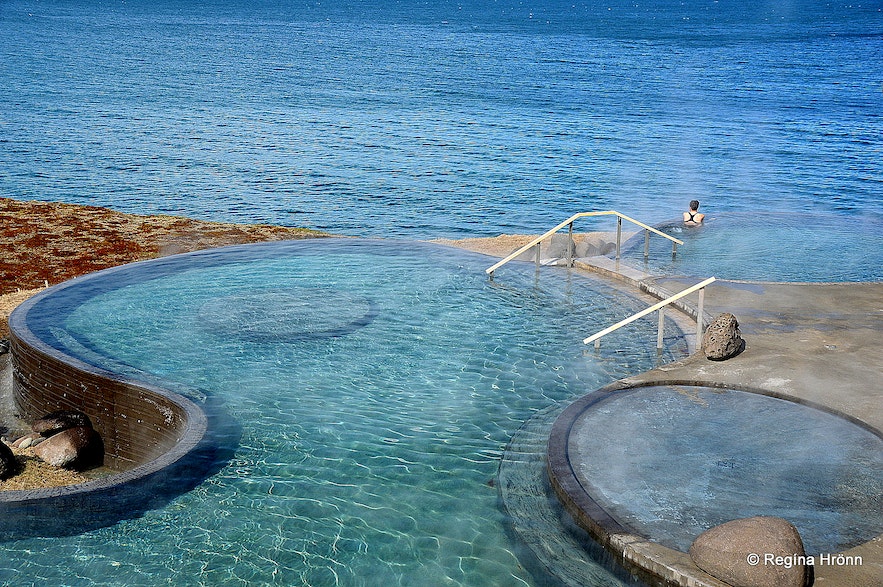