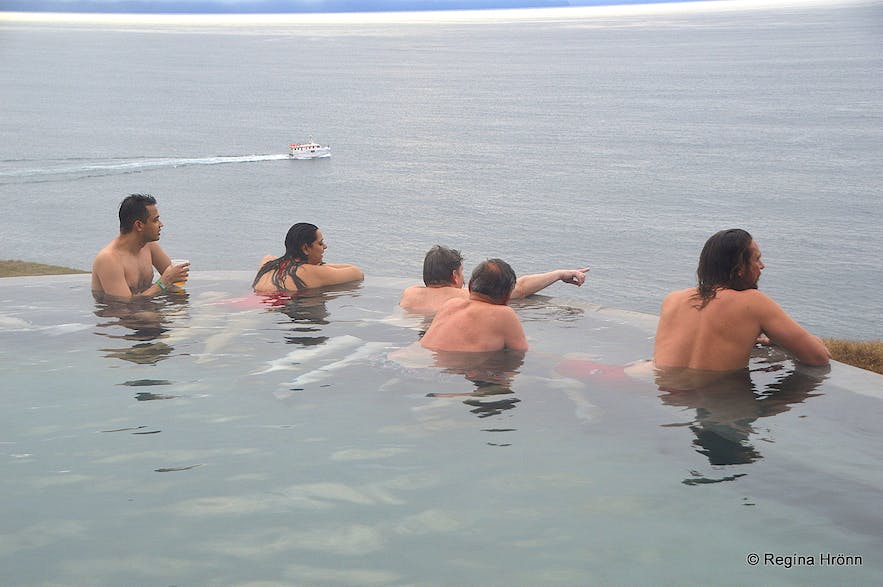 You might even spot a whale yourself while soaking in the sea baths. We did and after a short while, everybody visiting the sea baths had started whale watching - with a great balcony view of the bay. You can see the whale-watching boat heading in the direction of the whale we had spotted. 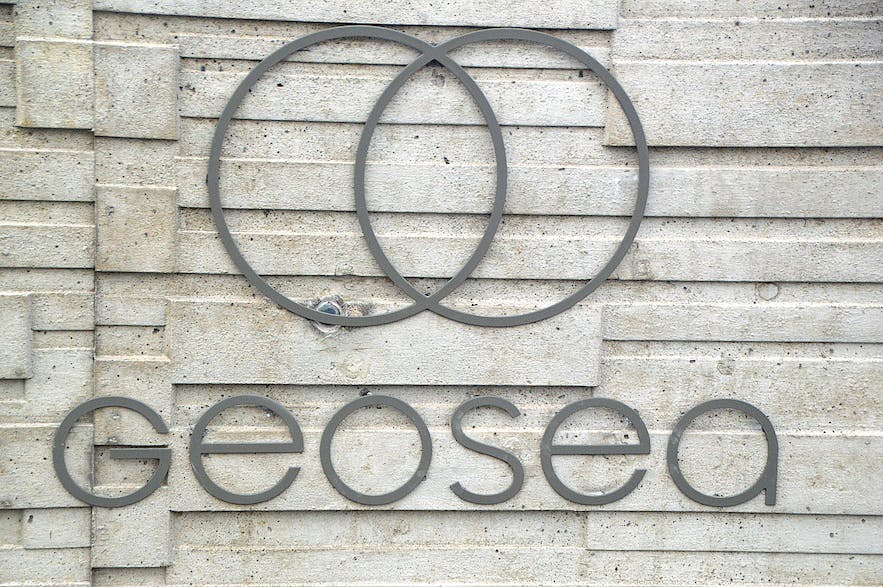 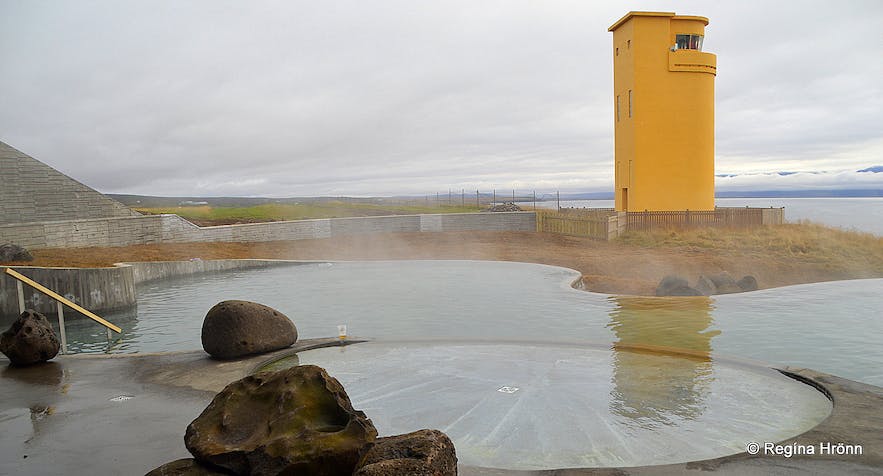 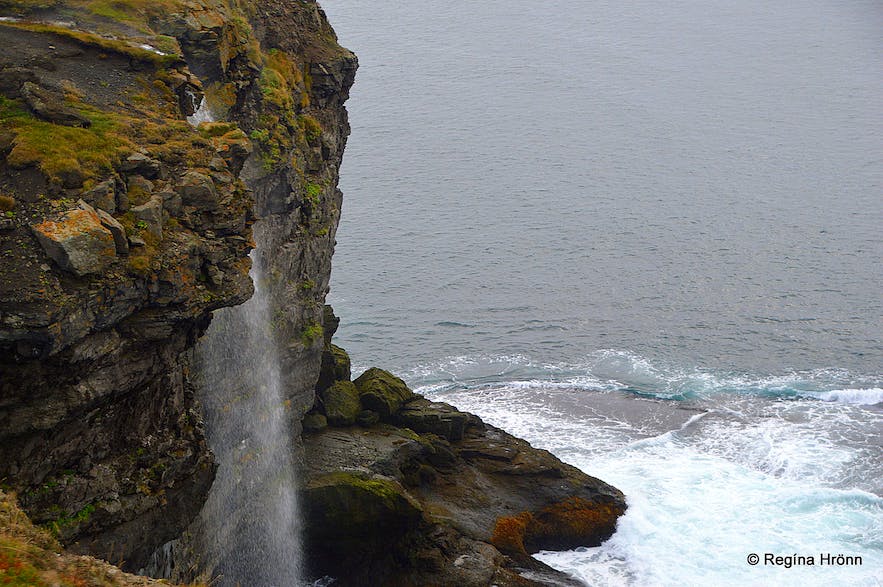 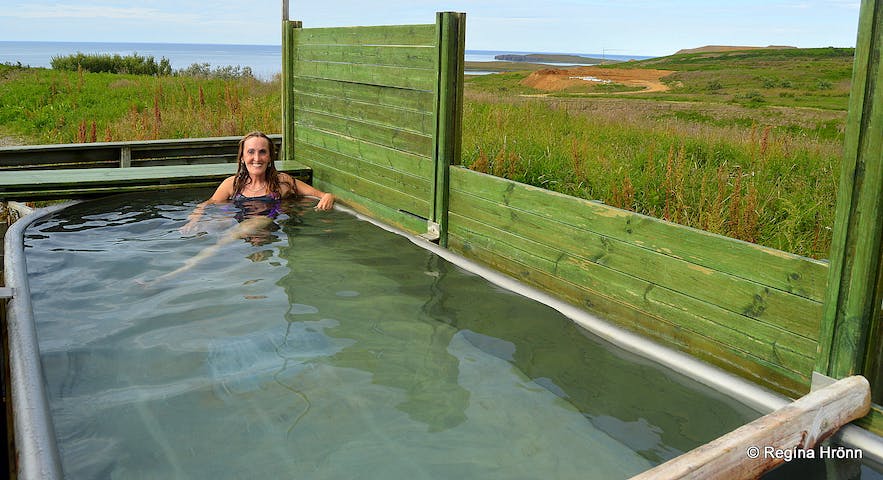 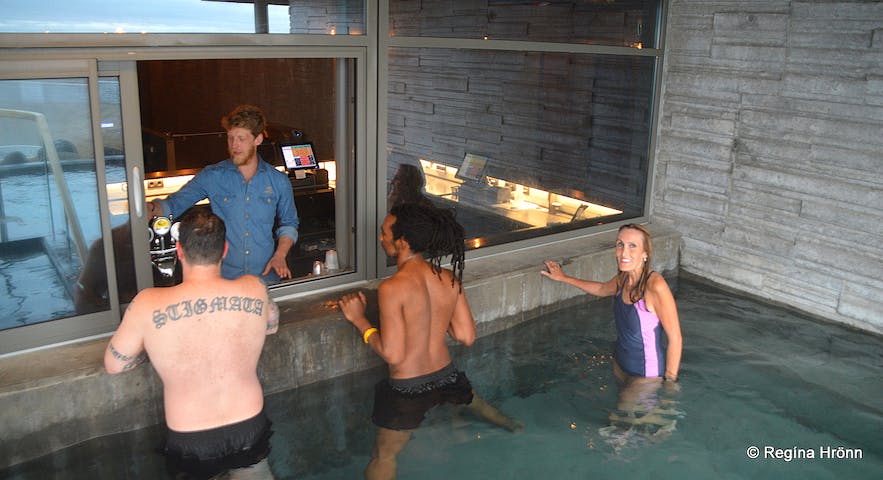 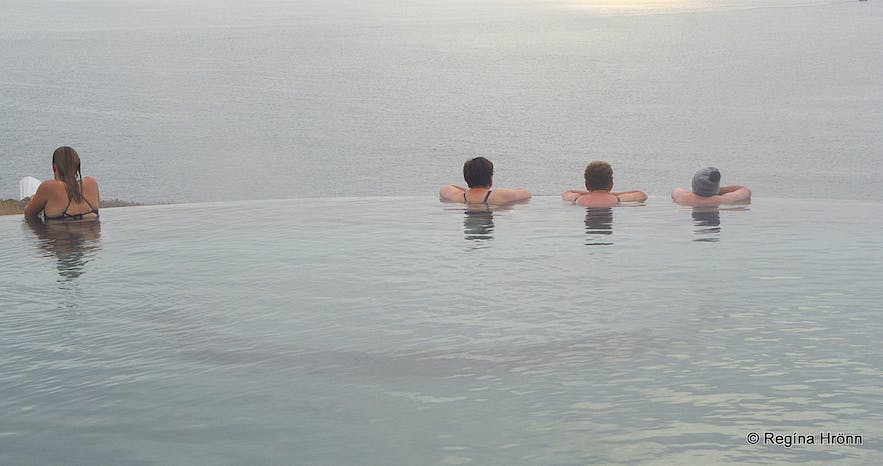 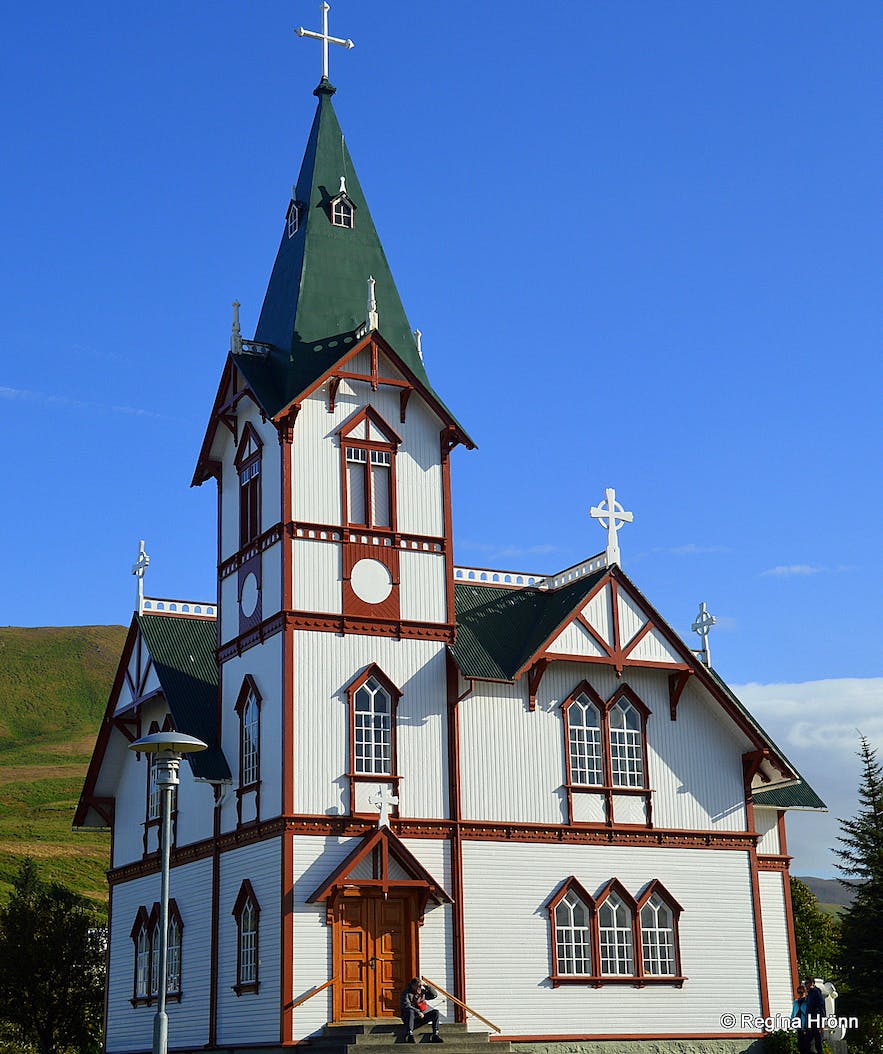 My grandmother and her 14 siblings were born in Bjarnahús house, a house which my great-grandfather built next to Húsavíkurkirkja church, after having moved here from Grenjaðarstaður turf house. Being a 1/4 Húsvíkingur means that I have a special bond to this beautiful town and I am always happy to see new additions to Húsavík :) 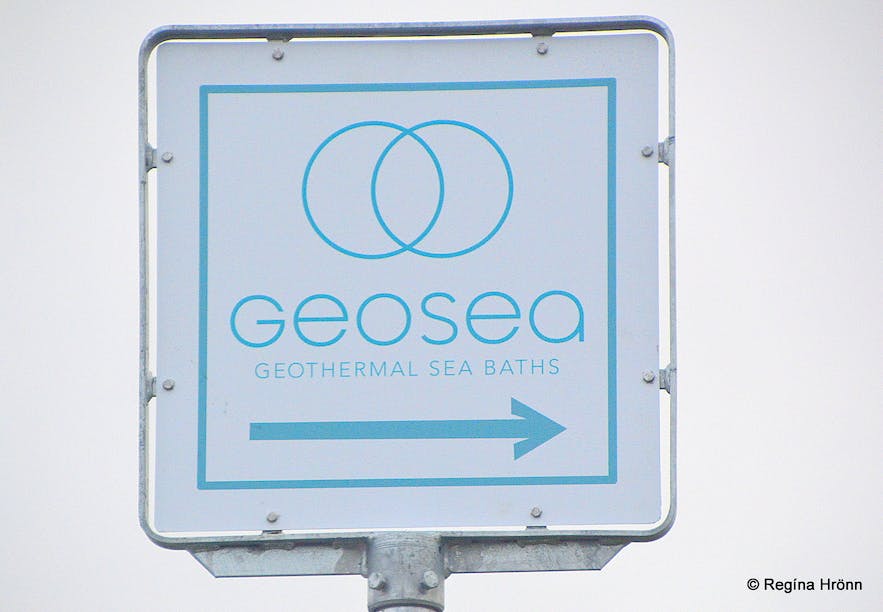 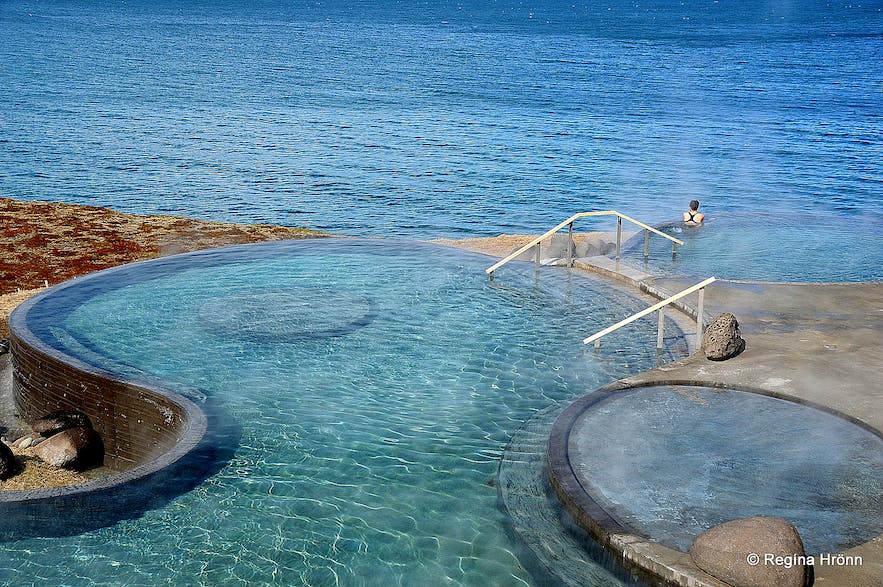 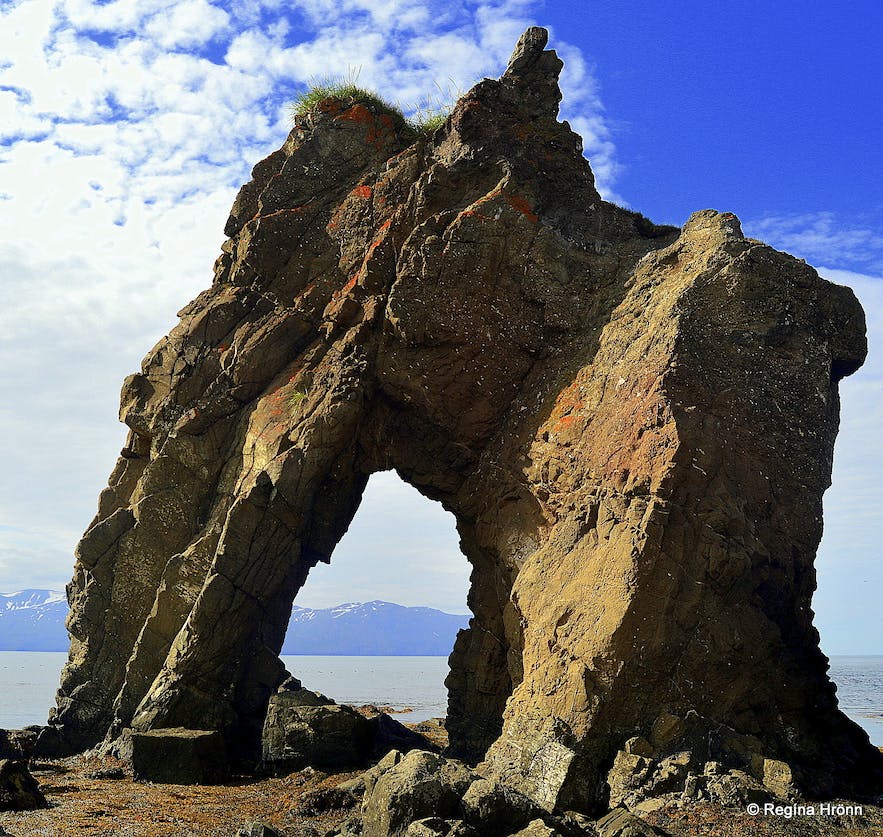 Once in Húsavík, I would recommend that you drive around the Tjörnes peninsula - close by is Gatanöf - the Distinctive Arch-Rock on Bakkahöfði Cape in North-Iceland.

And the pearl of Tjörnes peninsula, the beautiful Skeifárfoss waterfall. 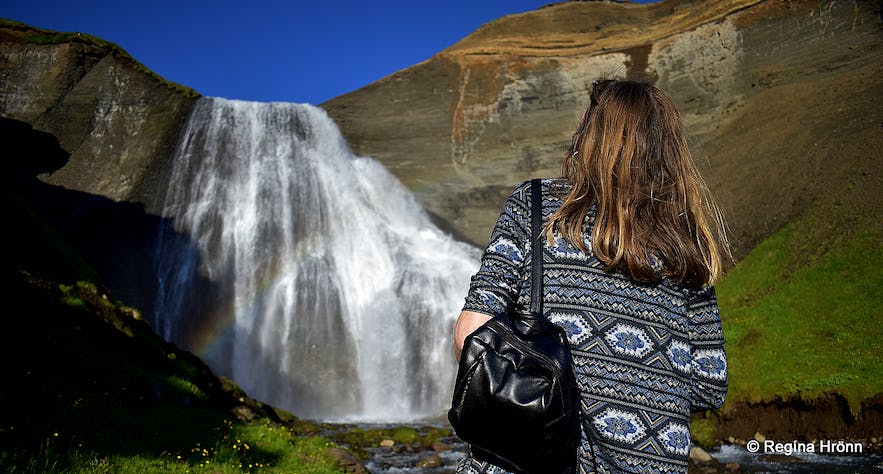 Drive further and visit Ásbyrgi, which is my all-time favourite place in Iceland.

From there you can drive into the ruggedly beautiful Jökulsárgljúfur canyon with its many splendid waterfalls, one of which is the most powerful waterfall in Iceland, the spectacular Dettifoss.

And least I forget the popular Mývatn area with its many natural wonders. This circle in North Iceland is often referred to as the Diamond Circle of Iceland.