In this travel-blog I am going to show you Grafarkirkja turf church - the Chapel at Gröf in Höfðaströnd in North Iceland which is Iceland's oldest turf church. Parts of the current turf church date back to the 17th century.

Back in the olden days, Icelanders used to live in turf houses and the churches were made of turf. Now only a handful of turf churches remain in Iceland. 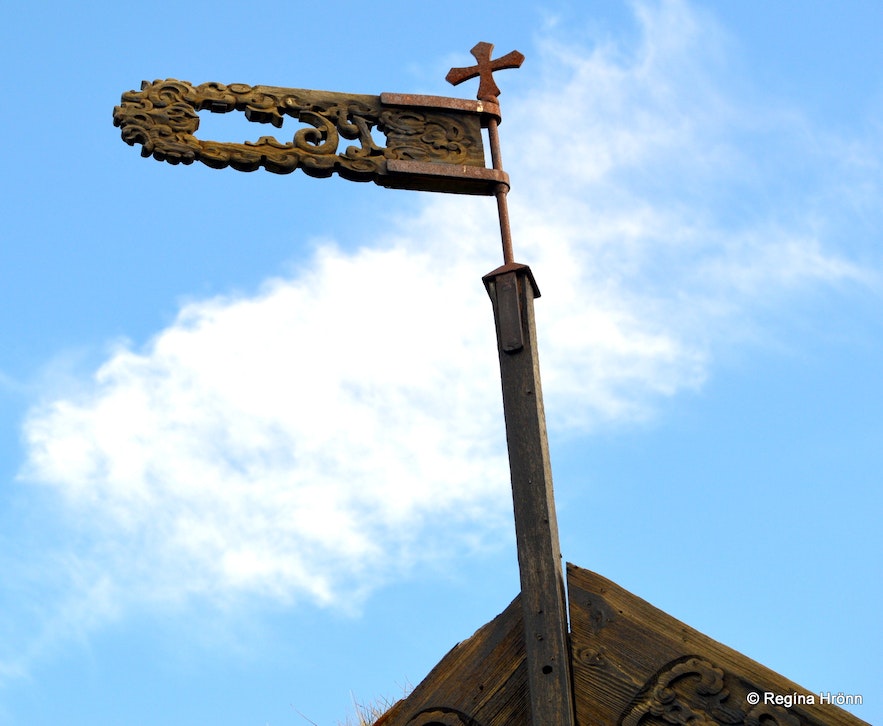 There is a weather vane on top of the church with the letters 167_ with the last symbol missing.

The oldest account on Gröf is from around 1240 and can be found in Sturlunga Saga, which is a collection of Icelandic Sagas from the 12th and 13th centuries.

Grafarkirkja church used to be open but is now closed to the public for its preservation. The turf churches are very delicate and need constant maintenance and too much traffic can destroy them, but you can walk up to Grafarkirkja church and have a look at it from the outside.

A circular graveyard like this one, a little bit bigger though, can also be seen at Geirsstaðakirkja turf church in East Iceland, but that church is a hypothesis church built in the liking of an ancient turf church found in an archaeological dig.

Probably most churches in Iceland were similar to the Grafarkirkja turf church in olden times. It must have been such a lovely sight, seeing all these little turf churches all around Iceland!

It is hard to believe when visiting this beautiful little church now that it was deconsecrated in 1765 by a royal order from the King, and used as a storeroom by the farmers at Gröf.

Almost 2 centuries passed until the turf church was reconsecrated by the Bishop of Iceland in 1953 after being totally rebuilt in its original form by Þjóðminjasafn Íslands - the National Museum of Iceland. Again repairs were carried out in 2011. 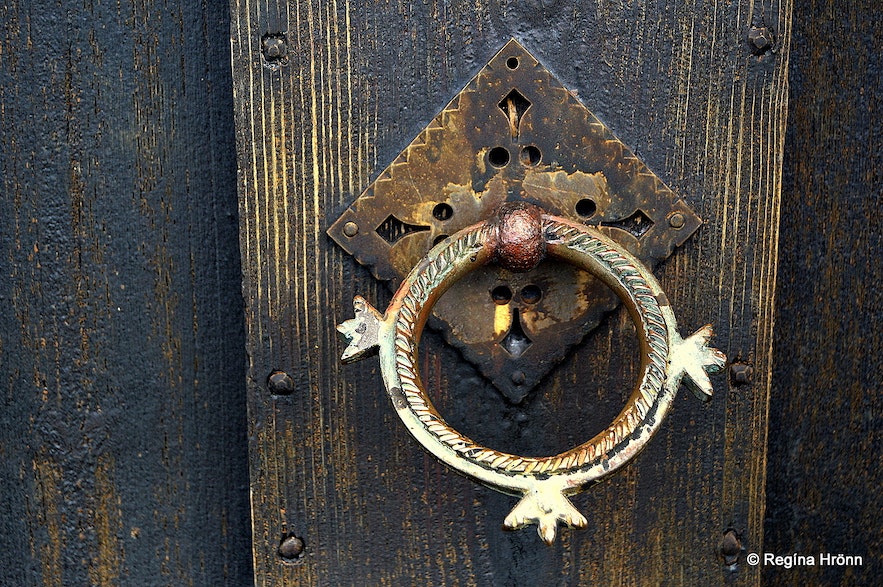 Grafarkirkja church is 6.25 m long and 3.20 wide (ref. Hundrað ár á Þjóðminjasafni, Kristján Eldjárn). It is small but can seat around 30.

It is believed that the Bishops of Hólar Þorlákur Skúlason and his son Gísli Þorláksson (1631-1684) rebuilt Grafarkirkja church, but there is not enough evidence to confirm it. They owned the land Gröf in the late 17th century. A house of prayer had been at Gröf earlier on but it was in a state of neglect according to Kristján Eldjárn's abovementioned book.

Grafarkirkja was most likely built by Guðmundur Guðmundsson from Bjarnastaðahlíð, but he was one of the best-known wood-workers in Iceland in the 17th century. The wooden roof trims on the church itself have got beautiful baroque-style carvings. 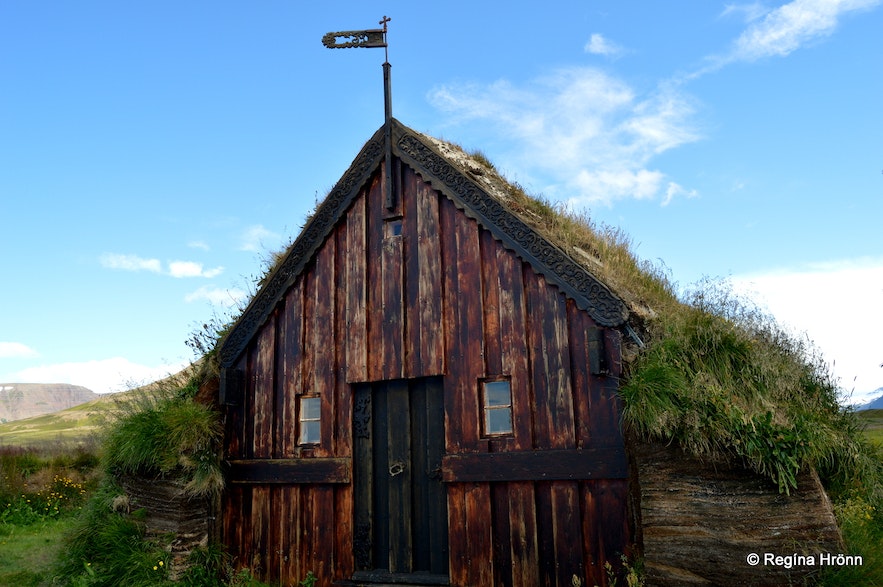 ​The altarpiece in Grafarkirkja is a reprint of the old baroque-style altarpiece from 1680. The Crucifixion and the Last Supper are depicted on the central panel and on the side panels the Apostles Andrew and Thomas are depicted. 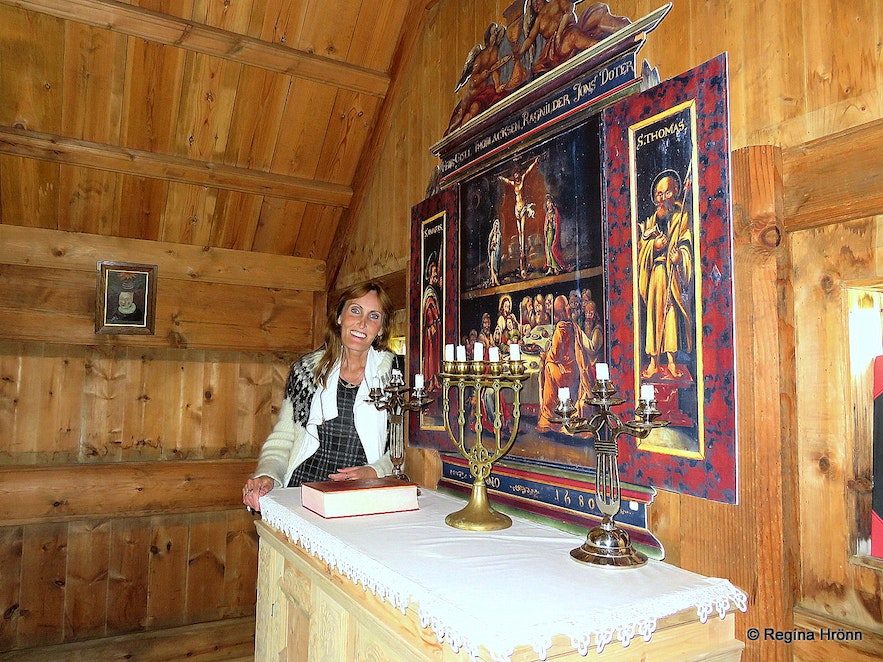 And if I remember correctly then Helgi at Fornverkaskólinn told me some years ago that he was asked to remove either the altar or the altarpiece for preservation and put in replicas instead. 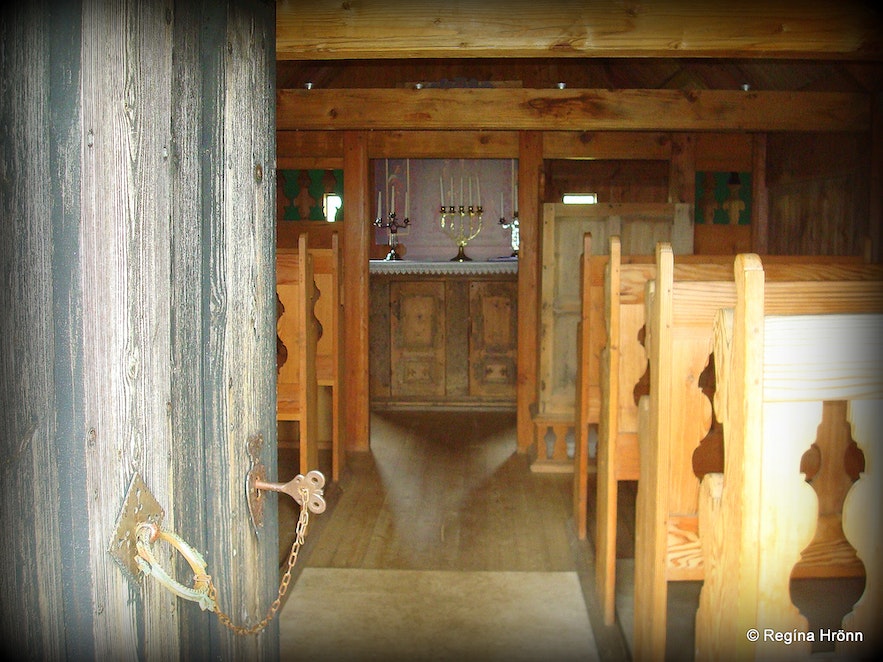 These little gems cannot withstand too much traffic so we must preserve them the best we can. My photos of the inside of the church are taken some years ago when it was still open.

Our beloved clergyman, poet, and hymnist Hallgrímur Pétursson (1614-1674) was most likely born at the farm Gröf, but he grew up at Hólar in Hjaltadalur. The biggest church in Iceland, Hallgrímskirkja church in Reykjavík is named after him. 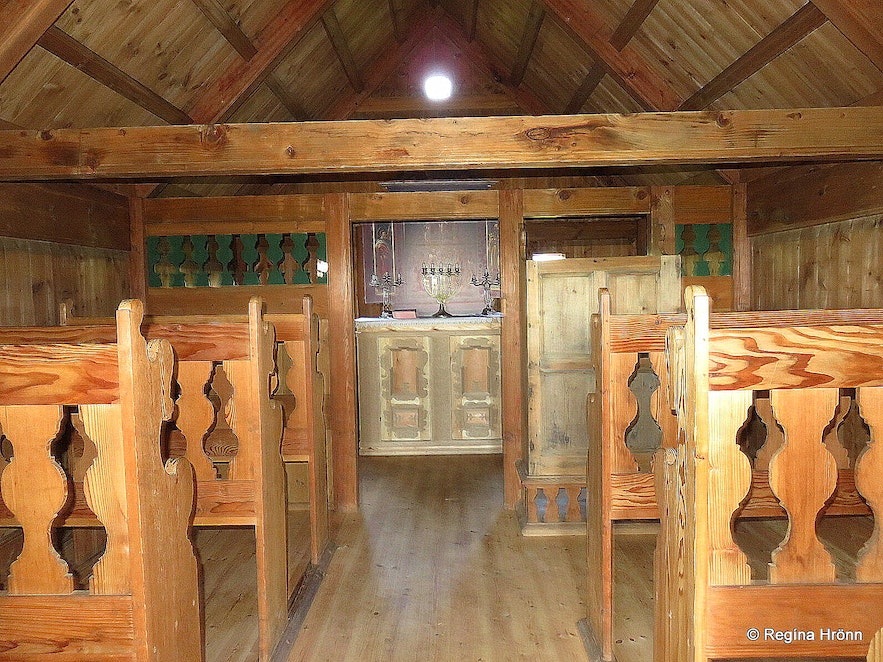 Inside Grafarkirkja church back in 2010

Ragnheiður got permission from the King to have mass in Grafarkirkja every third holy day. In 1696 Ragnheiður Jónsdóttir married another bishop at Hólar, Einar Þorsteinsson.

Einar died shortly after and Ragnheiður, now twice a widow, moved back to Gröf and lived there until she died in 1715. Ragnheiður had no children of her own, but she had fostered two of her nieces, who inherited Gröf. After Ragnheiður's death, the heyday of Grafarkirkja regressed until the church was deconsecrated in 1765.

When I leave this beautiful turf church I cannot stop looking back at it - and I feel like I am looking back in time, it is so moving somehow. A path leads to the church and it takes only some 5 minutes to reach the church from the parking lot. 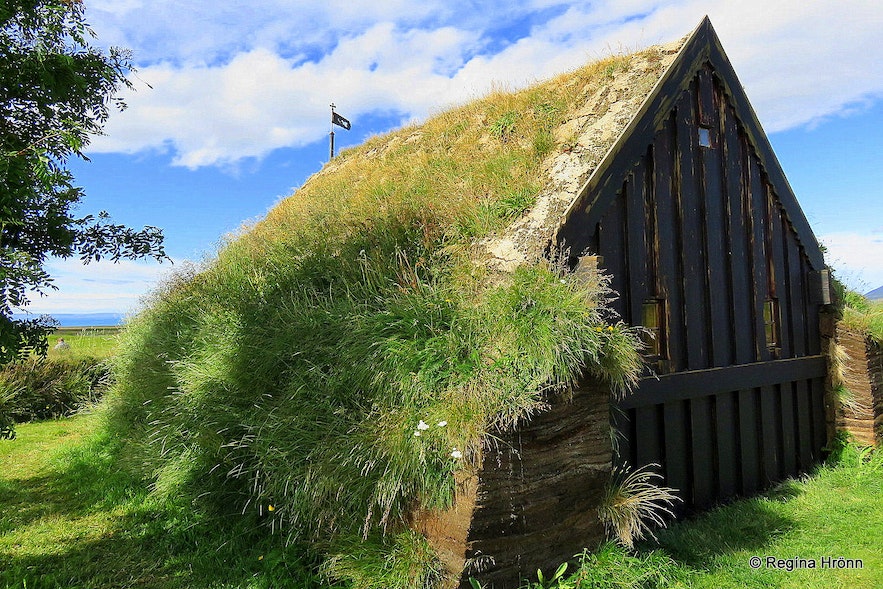 I adore these beautiful turf churches and am so glad that some of them have been preserved as historical monuments. Let's respect them as such and tread lightly when visiting them.

These turf churches and turf houses left in Iceland are so delicate that they cannot withstand too much traffic, as I told you earlier in this travel-blog. 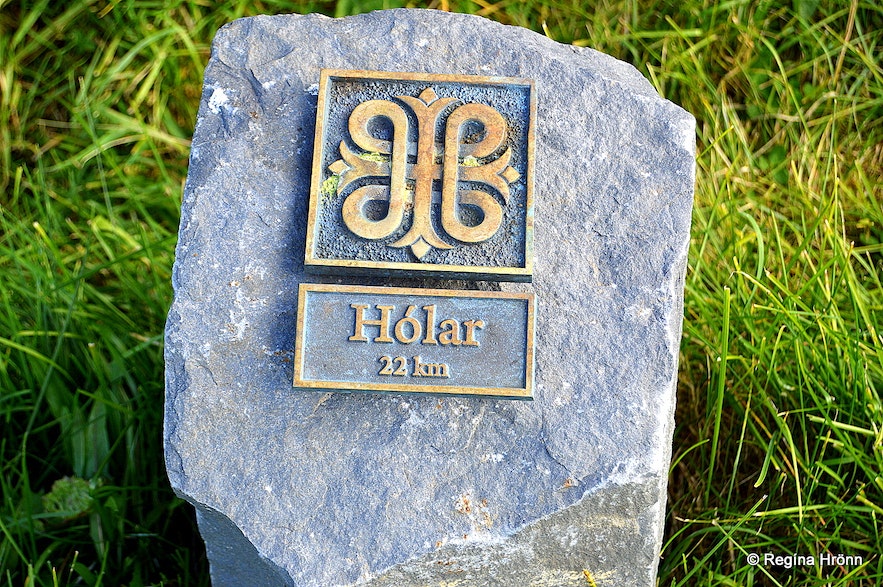 ​Grafarkirkja church is by road 76 some 4 km south of the village of Hofsós in North Iceland. It is written on the rock by Grafarkirkja that Hólar in Hjaltadalur is 22 km away.

See also my travel-blog about the historical Hólar in Hjaltadalur valley.

If you want to have a look at more turf houses in Iceland then I have written a long travel-blog about the remaining turf houses:

Have a lovely time in North Iceland :)