In the innermost part of Iceland's longest fjord, Eyjafjörður fjord in North-Iceland, a true gem can be found - the beautiful Saurbæjarkirkja turf church. It is one of only 6 turf churches left in Iceland and the largest one of the original turf churches.

This lovely turf church, which was erected in 1858 by Rev. Einar Thorlacius (1790-1870) and the noted carpenter Ólafur Briem, can fit around 60 people. 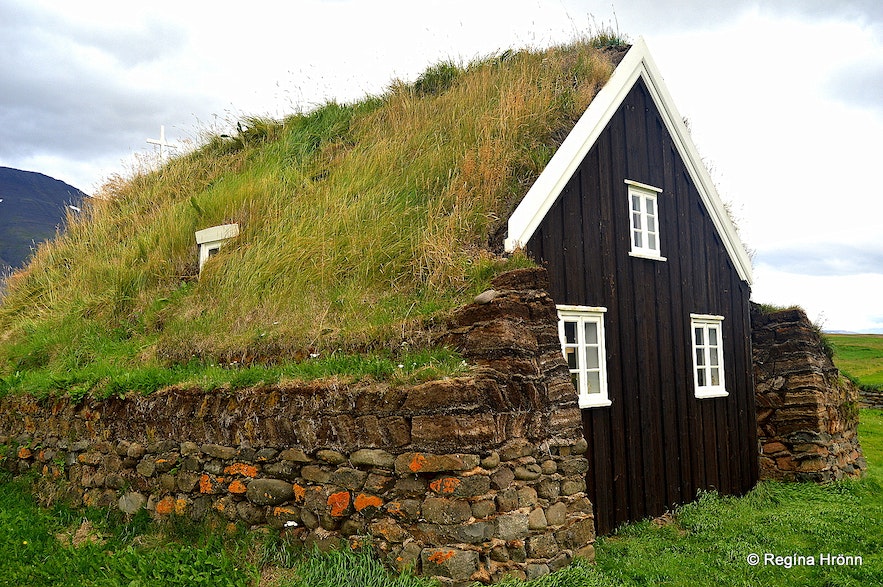 Saurbæjarkirkja is made of turf, rock, and wood. The walls are very thick and the roof is covered with turf. But as you enter the church you think you are in a timber church. Very well made!

All the Icelandic churches used to be turf churches until the mid 19th century when wood took over as the building material, and later cement churches were built.

A concrete cellar was made in Saurbæjarkirkja in 1960 and in 2003 the turf church was reconstructed. 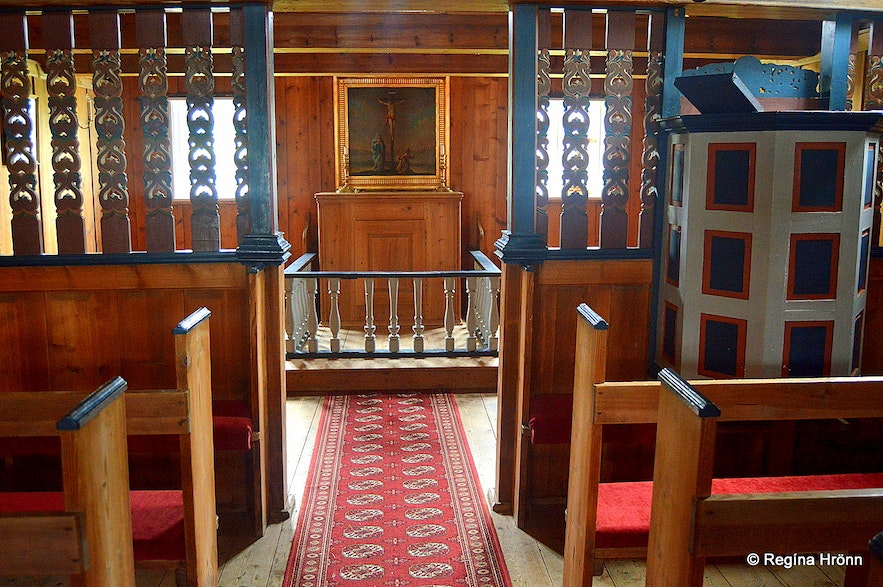 It is a pity that so few of these beautiful turf churches have remained. In my eyes, they are a national treasure and should be treated with the respect and care that such treasures deserve.

So let's tread lightly when visiting these turf churches. Many of these old delicate churches have been closed to visitors by now as they have to be preserved. 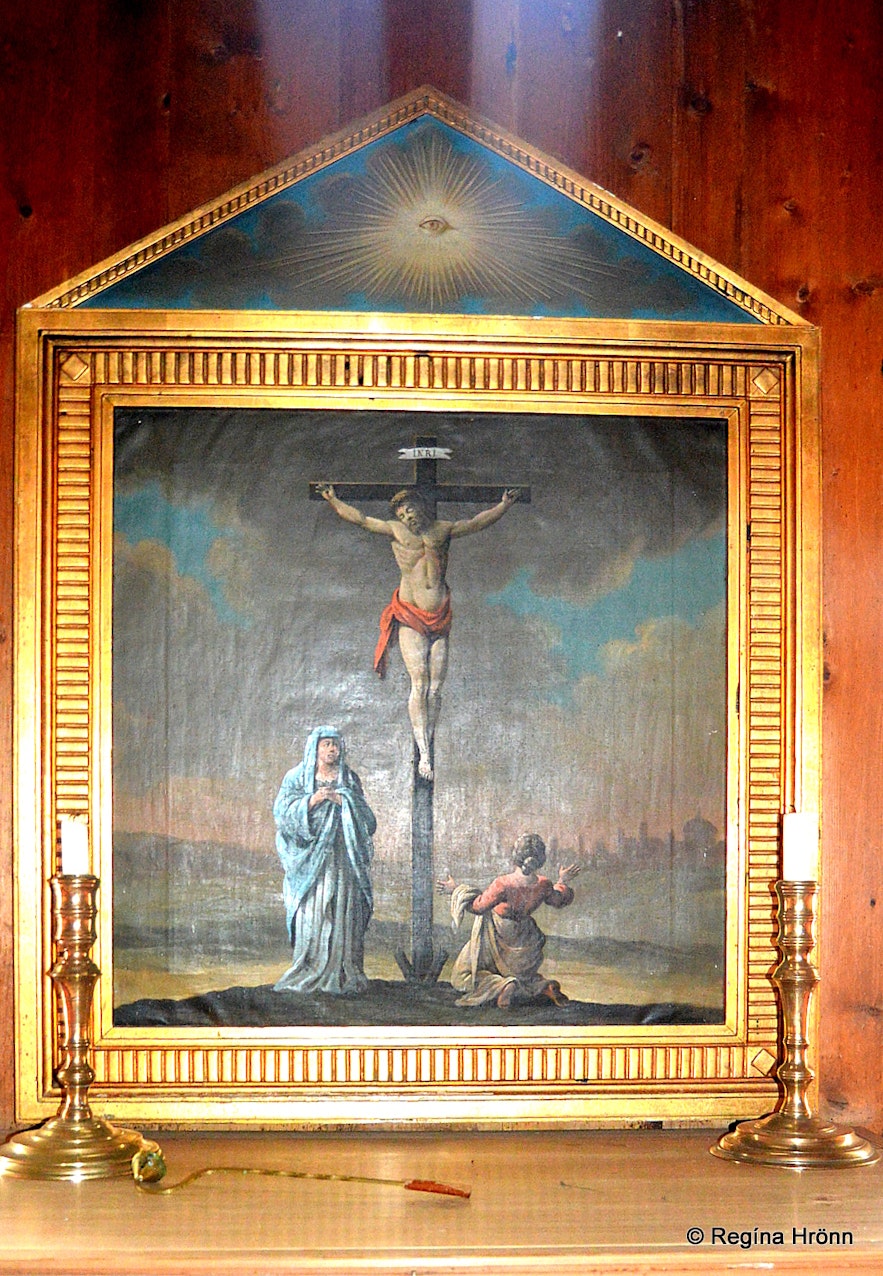 The altarpiece in Saurbæjarkirkja turf church

There have been churches on this spot since the early days of Iceland, and a convent was founded here around the year 1200. Unfortunately, there are limited sources available on that old convent.

The churches here on this spot were dedicated to St. Nicolas and St. Cecilia. 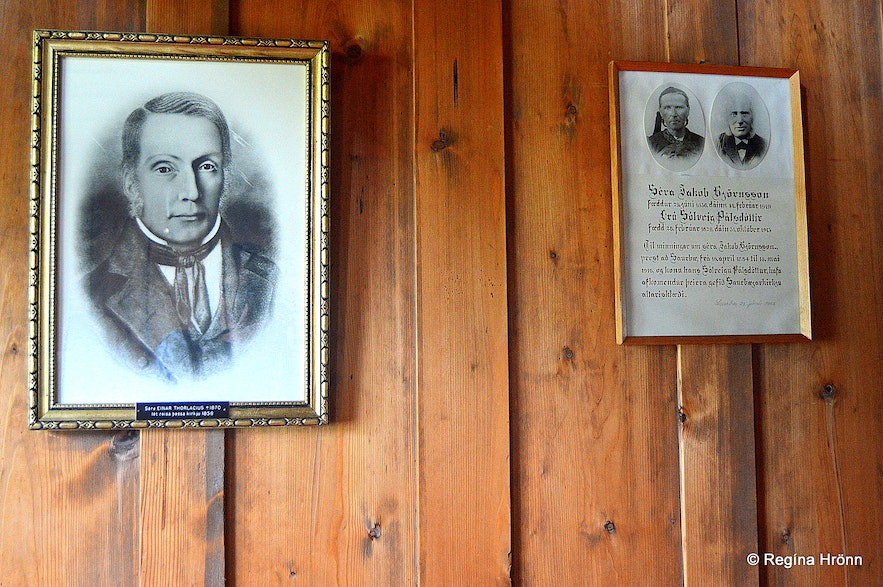 Most of the churches in Iceland are closed, but the key can usually be acquired from the farmer or there is a phone number with information in the window.

The key for Saurbærjarkirkja can be acquired in the summertime at the Smánunasafnið Museum below the church. Or at least that was the case when I visited it. It might be closed by now.

Smámunasafnið Museum is also well worth a visit with its myriad of things on display. 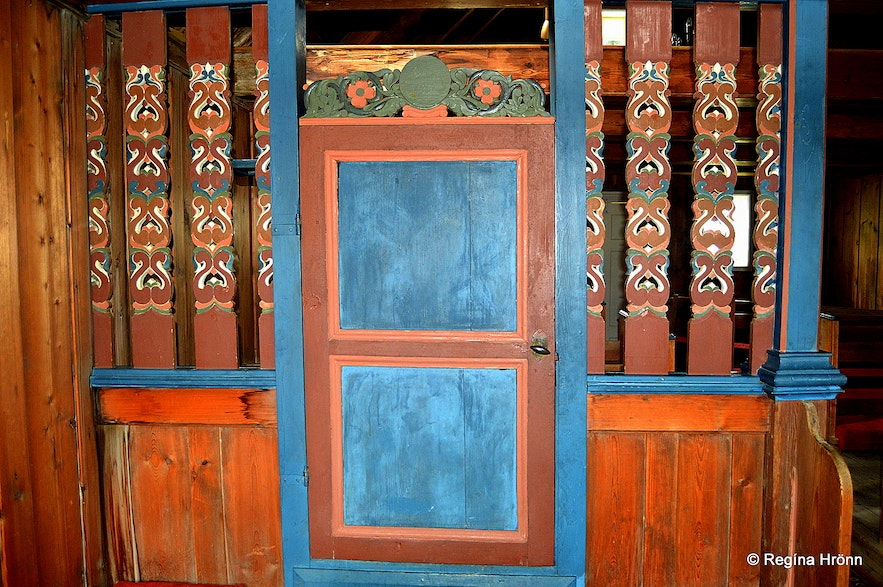 Saurbæjarkirkja has belonged to the National Museum of Iceland since 1962 and is declared as protected.

Víðimýrarkirkja is a museum in the summertime, but most of the other churches can no longer be visited, i.e. inside. 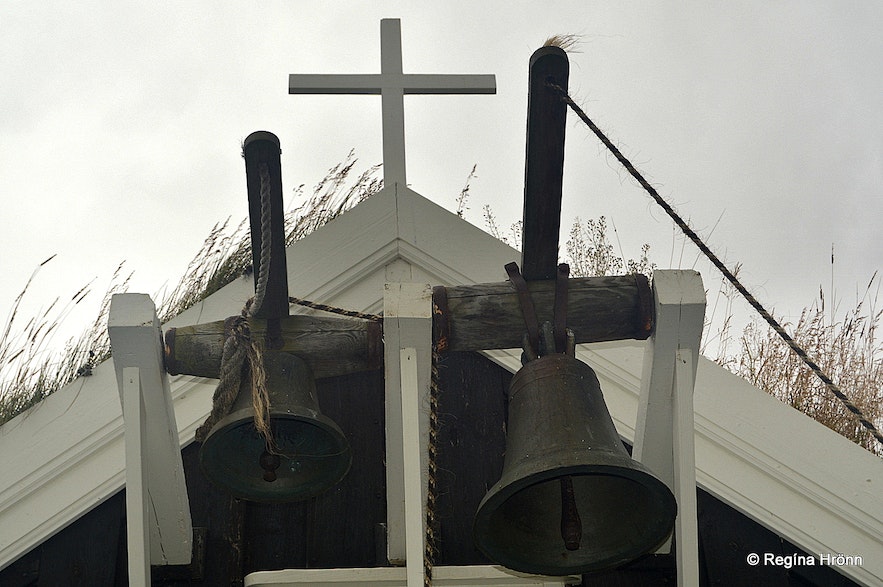 There is a 6th turf church, Árbæjarkirkja turf church, at Árbæjarsafn Museum in Reykjavík, but that turf church was reconstructed from an old church at Silfrastaðir in North-Iceland. I have written a travel blog about most of these turf churches, seeing that I am extremely interested in turf houses and turf churches in my country.

It is well worth going almost to the end of Eyjafjörður valley to see this biggest turf-church in Iceland. And if you are interested in beautiful churches like I am, then there are many more churches to visit in the mouth of Eyjafjörður: 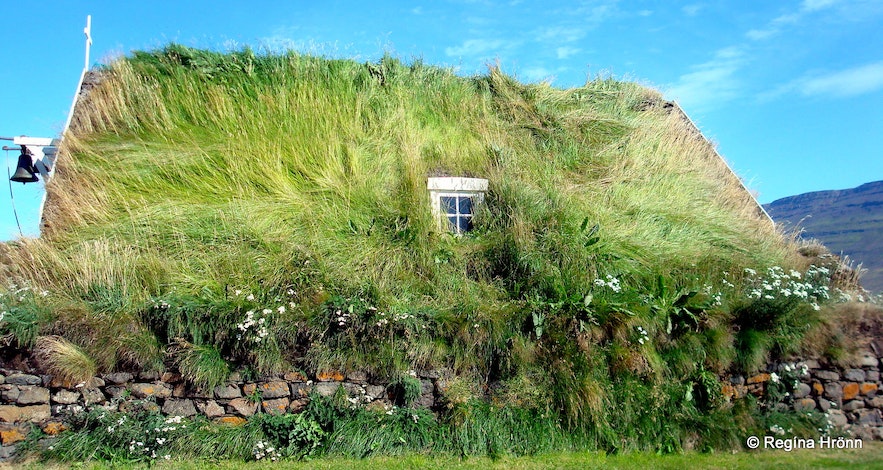 Saurbæjarkirkja turf church is located some 409 km away from Reykjavík, Iceland's capital city, and some 30 km south of Akureyri, the capital city of North-Iceland.

The church is located on the right-hand side of road 821 close to the historic Grundarkirkja church (which is by road 829).

You can either rent a car in Reykjavík and drive up north to visit Saurbæjarkirkja and Eyjafjörður fjord. Or fly up to Akureyri and rent a car up north.

Have a lovely time in Eyjafjörður up north :)