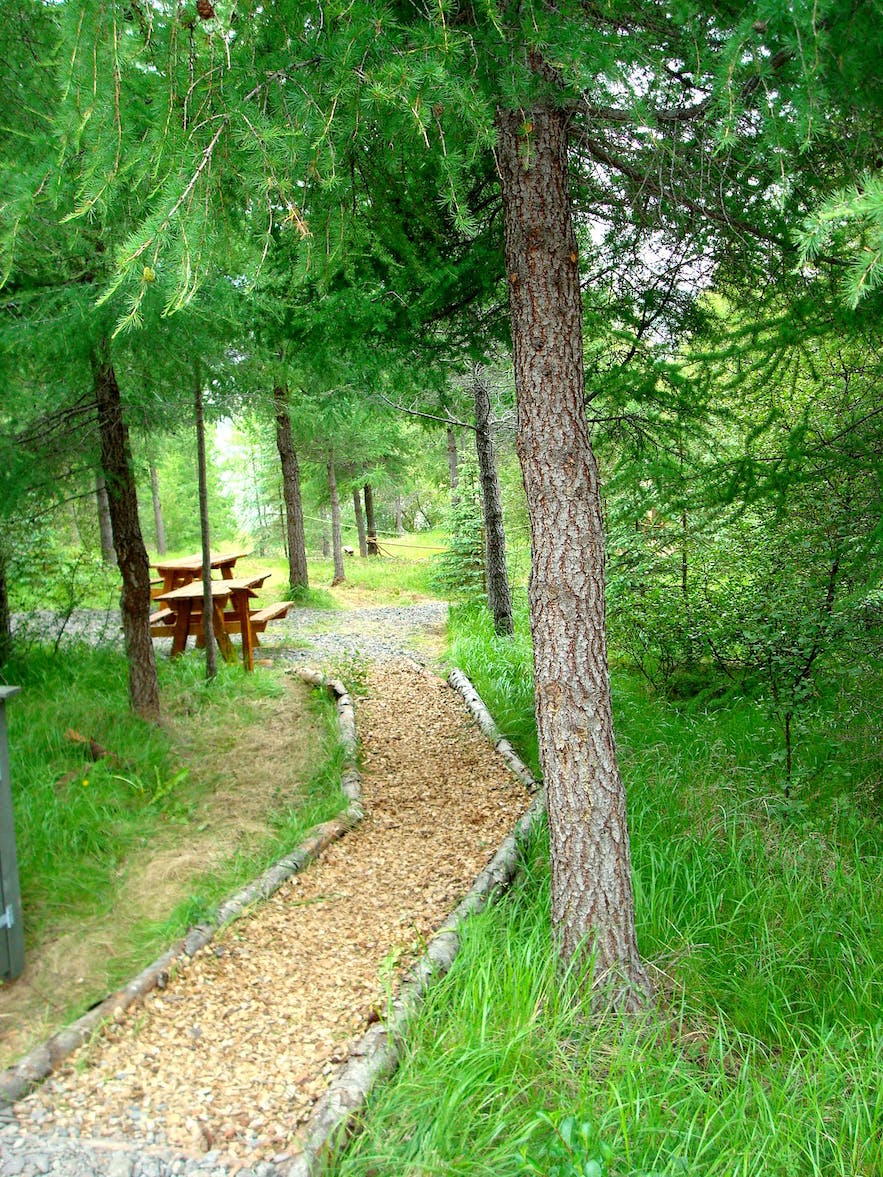 Hallormsstaðaskógur national forest in East-Iceland is Iceland's leading woodland. It is Iceland's first national forest and has been preserved since 1905. It is a natural birch forest, but a nursing station was established in 1903 and experiments were made with the planting of foreign tree species.

The oldest larch grove in Hallormsstaðaskógur forest, Guttormslundur grove, dates back to 1938 and is named after Guttormur Pálsson, ranger. This is my travel-blog in a series I wrote about my travels in East-Iceland.

Hallormsstaðaskógur forest has a unique arboretum with some 67 foreign tree species. And here the Icelandic joke: "What should you do when you get lost in an Icelandic forest?". The answer being: "Stand up!" doesn't apply - as some of the trees are quite tall.

Iceland is among the least forested countries in Europe, with forest land covering around only 2% of the country. The Vikings cut down much of the forest when they settled Iceland, both for building houses and for firing, but also for creating grazing areas for their cattle. We, locals, are now regaining the forests by forestation. I worked for a couple of summers planting trees when I was a teenager. In Hallormsstaðaskógur forest you can find great hiking trails, one of which leads you to the beautiful waterfall Ljósárfoss - also called Selfoss in Ljósá river. I got a map of the main hiking trails at the information centre. There is a 3 meter's high small waterfall a little bit below Ljósárfoss. On your way to the waterfall, you walk through the forest and you can see trees planted in 1965-67 from Siberia and Alaska.

Atlavík used to be a popular meeting place for the locals and visitors when the big Atlavíkurhátið festivals were held here. In 1985 the Beatle Ringo Starr performed here with the popular Icelandic band Stuðmenn. These festivals, which were really big and popular, were held for the last time in the last decade of the last century. A folklore is linked to that rock arch:

"It so happened in Hallormsstað a long time ago that a bull was killed here. The men ran inside to make the so-called "skyndilifur", which is blood from the bull, which is solidified, cut into pieces, boiled quickly and pickled!!

(Roughly translated into English from the Folklore of Jón Árnason). 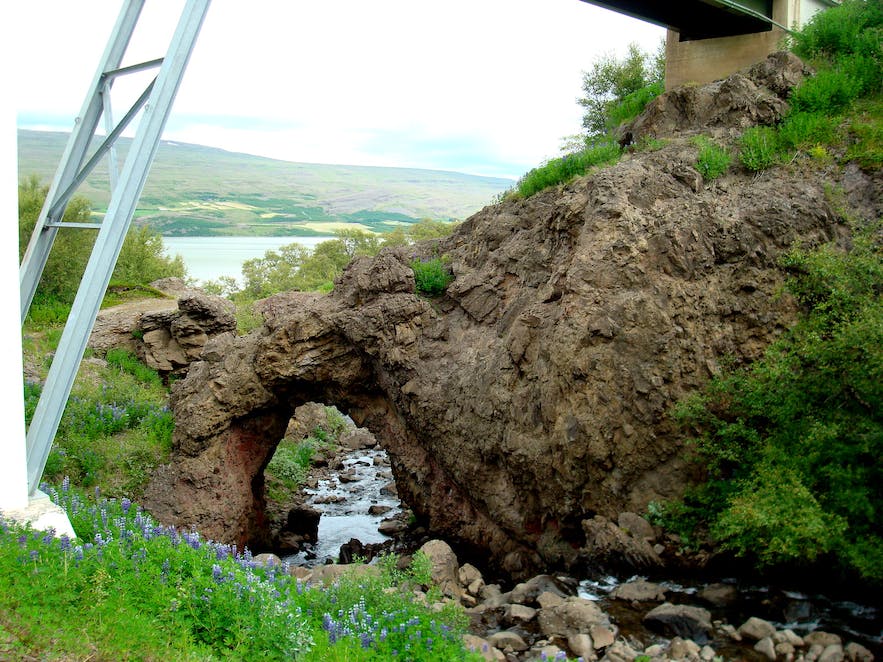 I have walked down to the rock arch several times and have fortunately never seen this bull, but I love legends which are connected to the places I visit, and have written several travel-blogs where I include the legends. 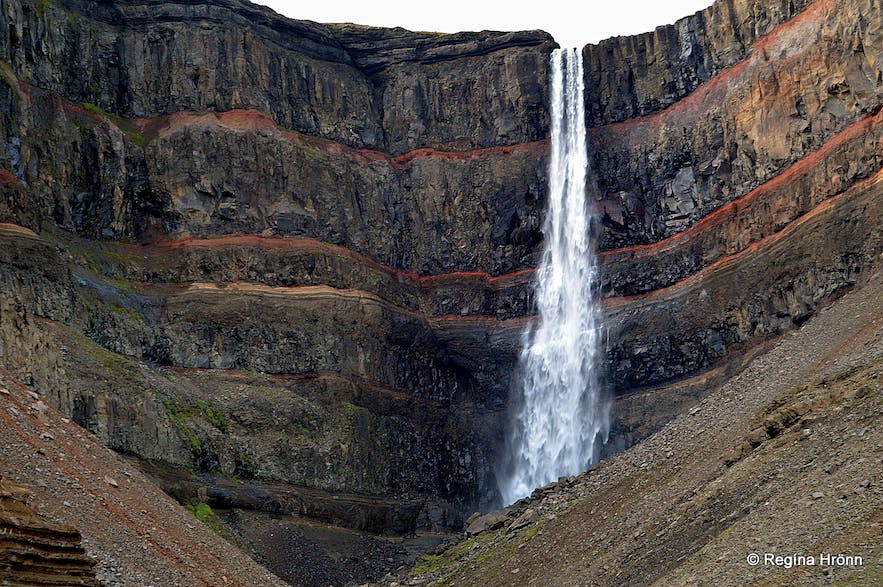 I would advise you to drive around the lake and hike up to Hengifoss waterfall, Iceland's second largest waterfall, but the return hike takes around 2 hours. And drop in at Skriðuklaustur as well: 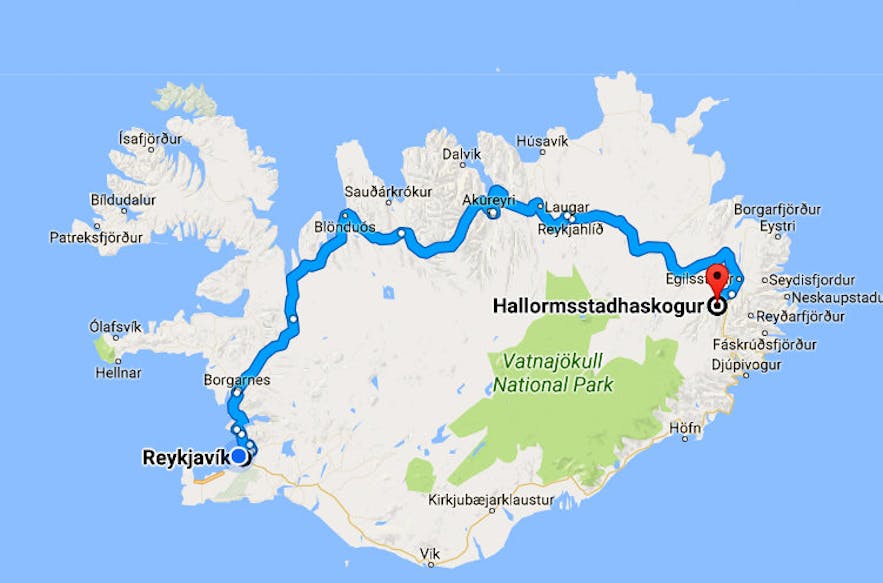 There are several interesting tours and hikes available from Egilsstaðir town, many of which I would like to join in the near future:

To reach Hallormsstaðaskógur in East-Iceland you can rent a car in Reykjavík  and drive from Reykjavík on ring-road 1 for a couple of days, either clockwise or anti-clockwise. We also have several self-drive tours around Iceland with a car, accommodation and a detailed itinerary included in the tours.