Have you ever heard about the notorious murderer Axlar-Björn - Iceland's only serial killer?

In this travel-blog I am going to tell you about this mad person who murdered around 9-18 people, that we know of, especially wanderers and people travelling in the vicinity of his farm, Öxl on the south-side of the Snæfellsnes peninsula in West-Iceland, and robbed them of their possessions. He then threw the bodies into a pond, Íglutjörn, close by.

More human remains were found in the lava, but Axlar-Björn apparently claimed that he had found them dead on his land.

According to Þjóðsögur Jóns Árnasonar - the Collection of Folklore of Jón Árnason then Axlar-Björn killed many of his victims with an axe which he had found under a rock on Mt. Axlarhyrna above his farm.

He had had a dream about the location of this axe when a stranger appeared to him in his dream and told him to fetch this axe, which would make him noted (it sure made him infamous, so the dream came true - RHR).  The axe apparently was of the nature that when holding it Axlar-Björn went into a killer mode.

The stranger in the dream had also offered Axlar-Björn cut up meat on a plate.  Axlar-Björn ate 18 pieces of meat and thought that one was more delicious than the other, but he got nauseous at the sight of the 19th piece and stopped eating. This was a foretoken of the 18 people Axlar-Björn was later to kill. 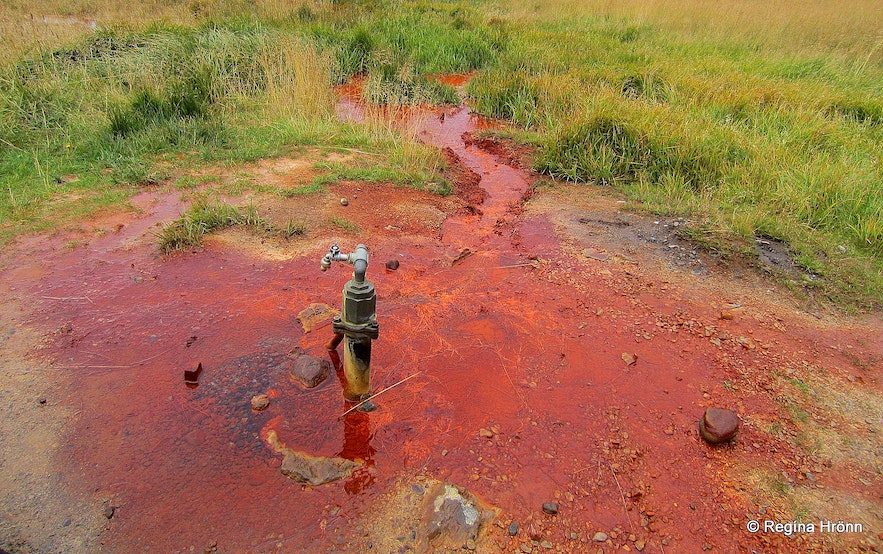 This is not blood, but iron-rich mineral water at Ölkelda on the Snæfellsnes peninsula. I found it to be fitting for this travel-blog

His real name was Björn Pétursson, but he got the nickname Axlar-Björn from his farm at Öxl, which in the genitive case is Axlar. Öxl forna, the old farm, is located in Breiðuvík below Mt. Axlarhyrna and above Búðahraun lava field.

There are different stories about how this serial killer was found out, some say that people were wondering about the increasing number of horses on his farm, others say that 2 siblings had arrived at his farm and the brother was able to hide when Axlar-Björn murdered his sister.

Another story tells of Axlar-Björn wearing the clothes of one of his victims (at least), which finally lead to his apprehension and he was sentenced to a horrible death, maybe fitting to his crimes, but a very cruel death all the same. His story is very bloody and horrific and gives me the creeps. 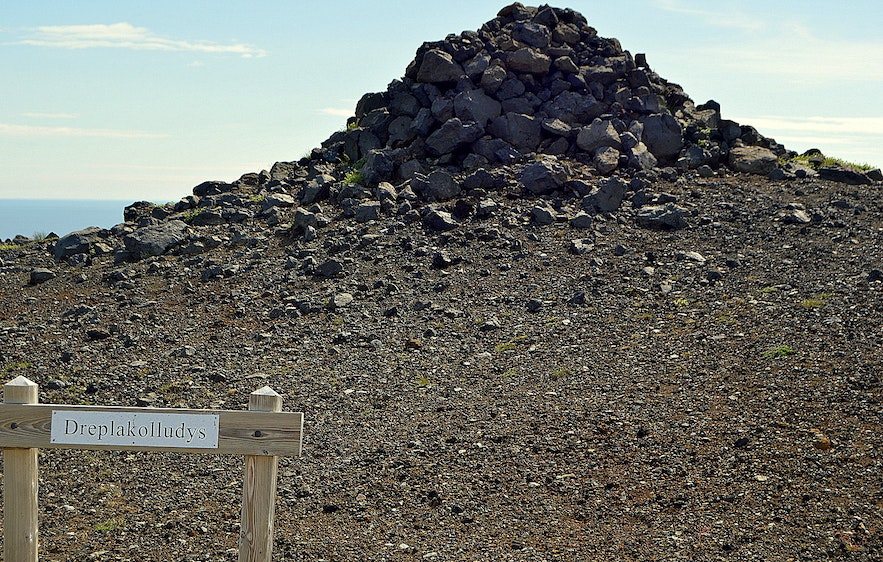 Axlar-Björn was executed in 1596 at Laugarbrekka, which is west of Hellnar. All of his limbs were broken with a sledgehammer while he was still alive and then he was beheaded. He was such a horribly dangerous person that people were afraid that he would return as a ghost and hunt them, so his body was cut into pieces and put in 3 cairns to prevent him from returning as a ghost.

You will notice a cairn (stone pile) and parking by Hellnavegur road. Customary cairns were stacked to show the way here in Iceland, but this cairn is actually one of the burial spots of the most notorious serial killer in the history of Iceland.

The 3 cairns were located on Laugarholt by the parking, but there is only one left - Dreplakolludys cairn, the others seem to have been destroyed during road construction and quarrying. It is a pity as this is a part of our Icelandic history. The last cairn of Axlar-Björn has now been declared as protected.

A road map of Snæfellsnes peninsula

The wife of Axlar-Björn, Þórunn, (the Folklore of Jón Árnason call her Steinunn), was believed to have been his accomplice, but she was not executed as she was pregnant at the time. Their son, Sveinn skotti, who was born after the execution of Axlar-Björn, seemed to have the same evil blood as his father and was hanged in 1648 after an attempted rape.

I have read the story of Axlar-Björn in Þjóðsögur Jóns Árnasonar - the Collection of Folklore of Jón Árnason, but I will spare you the horrific details, it is such a bloody and sad story. I will only tell you that his mother is said to have craved human blood while she was pregnant with him.

Here is the exact location on the map. 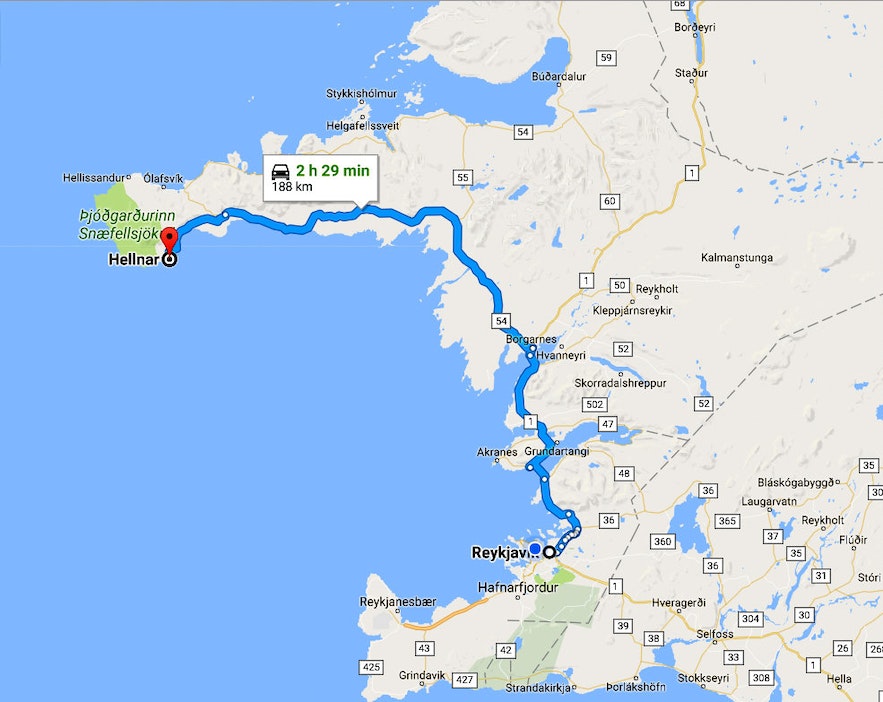 You will find this cairn on the south side of the Snæfellsnes peninsula. It is best to rent a car in Reykjavík and drive up to Snæfellsnes. From Útnesvegur road number 574 turn on Hellnavegur road leading towards Hellnar, and you will find the cairn on your right-hand side by the road.

I have written a 5-part detailed travel-guide of the Snæfellsnes peninsula if you want to know where to stop while visiting this beautiful part of West-Iceland.

Have a lovely time visiting the Snæfellsnes peninsula and sorry about telling you such a horrible story.