Skessugarður - the Rampart of the Giantess is a natural phenomenon in East-Iceland, which has been called one of the most amazing natural formations in Iceland. It consists of massive boulders (porphyritic basalt) making up a 300-meter long and 5-meter high natural wall.

Skessugarður is a geological phenomenon as it was formed by an ice-age glacier, Brúarjökull glacier. Which was then followed by a flood, which washed this area clean of smaller rock leaving behind the big ones.

But I would much rather believe the troll story connected to this area. The story goes that two giantesses built their landmark here as they wanted to split the fishing on the heath between them, but one end of the rampart is in the lake.

I found their story in Þjóðsögur Jóns Árnasonar - the Collection of Folklore of Jón Árnason, which I often refer to in my travel-blog:

"A long time ago, maybe before the settlement of Iceland, two giantesses lived in East-Iceland; one of them lived by the sea, but the other one by the glacier. At one time they met. They started quarreling about the land and both of them wanted to own half of the land. 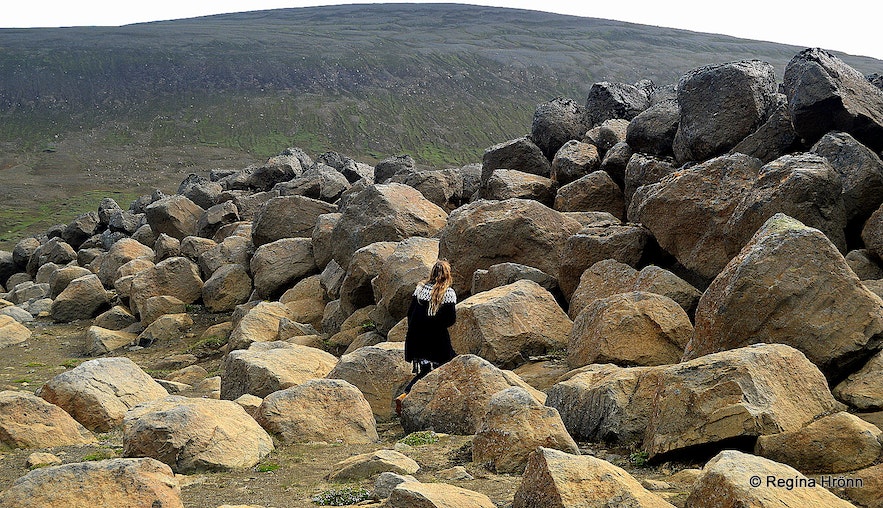 Checking out Skessugarður - the Rampart of the two Giantesses

But now they had to find the middle of the land. As they parted they made an agreement, that both of them should start their walk at the same time of the day - one of them by the sea, but the other one by the glacier - and that they should stalk and at the spot where they would meet they should make a marking of some sort.

They met on a certain hill in south-east Möðrudalsland land, which since has been called Grjótgarðsháls or the Stone Wall hill, and stacked a huge stone wall, much of which is still standing today and is quite a phenomenon was it erected by humans.

This stone wall is one mile long and is partly buried in the sand, but it is still four to five fathoms high and the cliffs are so huge that they are two and up to three fathoms in the perimeter in many places."

(Translated into English from Þjóðsögur Jóns Árnasonar - the Collection of Folklore of Jón Árnason - RHR). 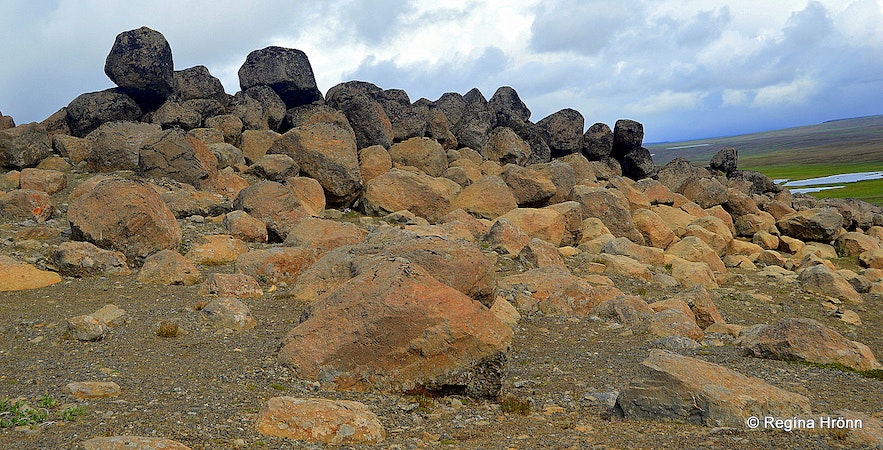 It is amazing really visiting Skessugarður. There are huge boulders all over the place, some of them forming this massive wall, just like they have been stacked there by trolls.

We have many troll stories in Iceland and we are raised on these stories, which kind of has given me the fear of trolls!

If you go there in the mindset that these boulders have actually been stacked by trolls, then the experience becomes more dramatic! Here you are alone in the wilderness in the middle of nowhere - nobody around - only these huge boulders - what if the trolls were to return...

! It felt like we were alone in the world and it became quite eerie.

I recommend that you watch the Norwegian film Troll Hunter before you visit this place. I had just watched it and the fear of trolls was still in my heart ;)

Skessugarður is located by lake Grjótgarðsvatn west of Sænautasel turf house on the other side of Mt. Sænautafell. Turn left onto the old ring-road (number 907, a gravel road) after you leave Sænautasel and drive for a couple of km. Then turn left onto a dirt road, which turns into a track until you reach Skessugarður after 2 km. 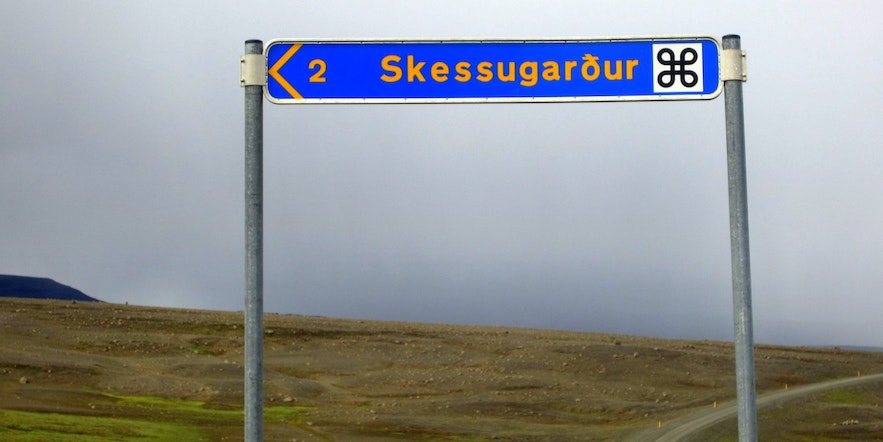 I know that many people drive by without knowing about this special place in Iceland. To visit this place you can rent a car in Reykjavík and drive the ring road of Iceland.

It is not marked on Google Maps, but I include the map for Sænautasel. This is a summer location only though.

If you want to find out more about the Icelandic trolls, then I have written a couple of other travel-blogs about them: