Grænavatn is a settlement farm, so there might have been a turf house in this same location since the Vikings settled in Iceland. 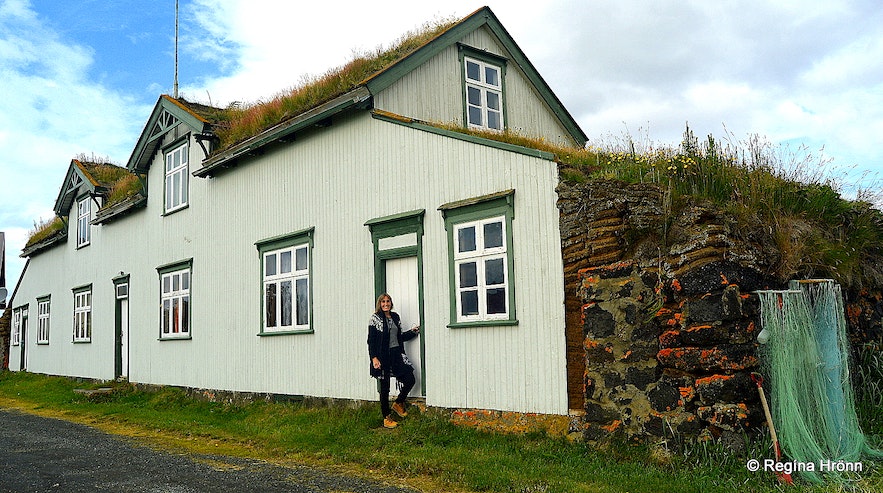 Here is the description on the UNESCO website on Grænavatn turf house: "The timber front house is original and its form has been preserved. The layout of the turf-house ruin is intact and clearly visible.

Some restoration work has been carried out, although renewal of materials has been minimal. Only the central house is present, as well as some of the outhouses. The agricultural landscape is still prominent". 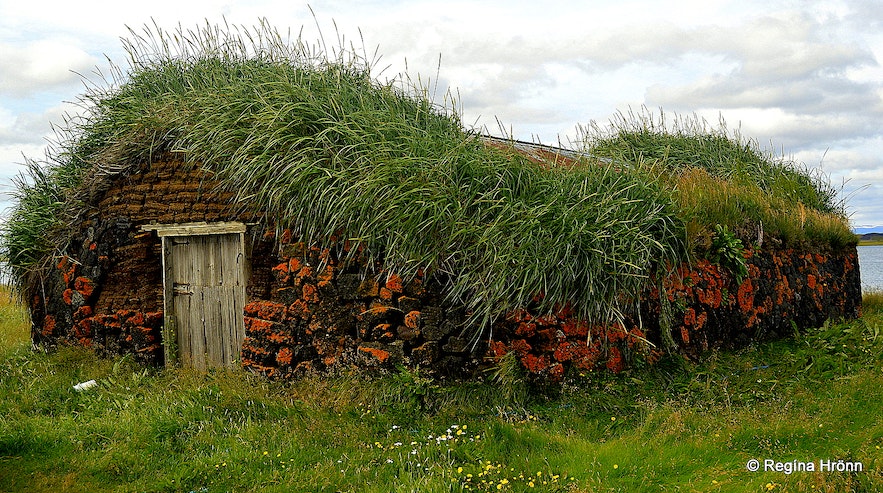 An old turf outhouse at Grænavatn

​As this turf farm isn't a museum and is mainly used as storage, we didn't get to visit the inside. We only examined it from the outside and walked around it to have a closer look.

The structure in the photo above is an outhouse, a cowshed. This cowshed is around 160 years old, it might even be older. 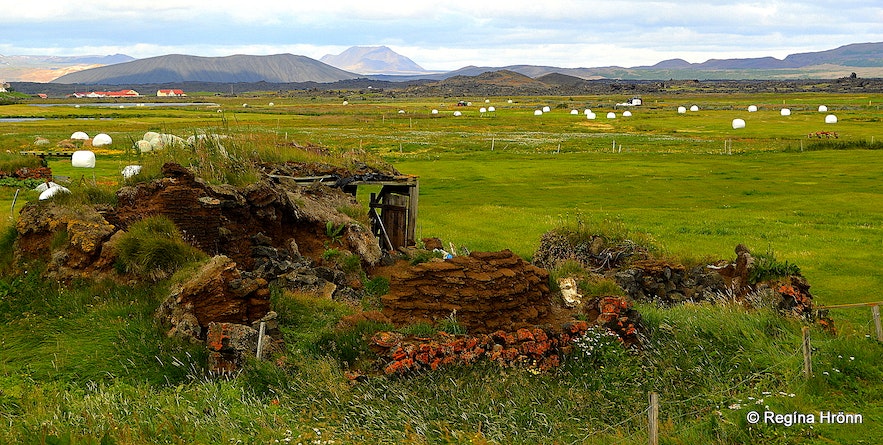 The main house at Grænavatn was built in 1913. It is a two-storey timber house with a turf roof and the walls turning north and south are made from lava rocks (slates). It is divided in two, as it was built for two families, and two carpenters built each part of the house. 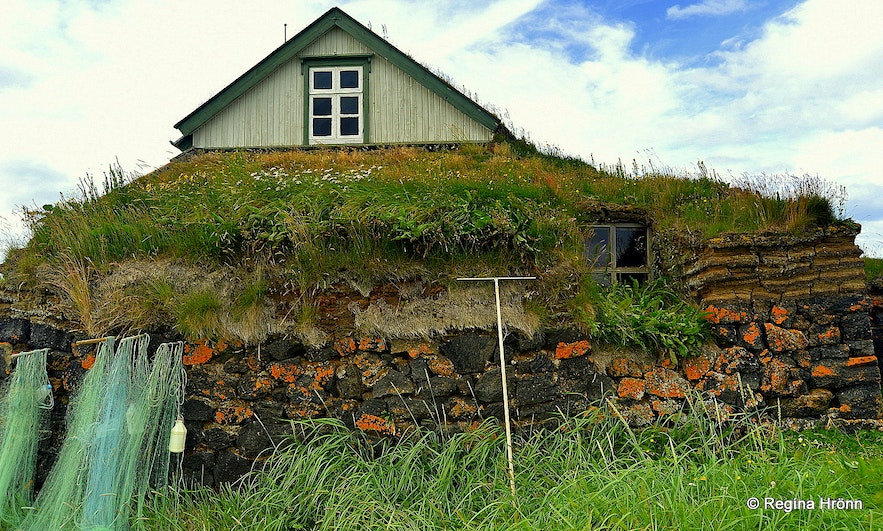 ​Turf houses in Iceland differ according to the material common to that area. And seeing that Mývatn is a lava area, then lava was used for the building of the outer walls.

People lived in these turf houses until the mid 20th century and Grænavatn has been part of the National Museum's Historic Buildings Collection since the year 2000, although I cannot see it on their webpage? 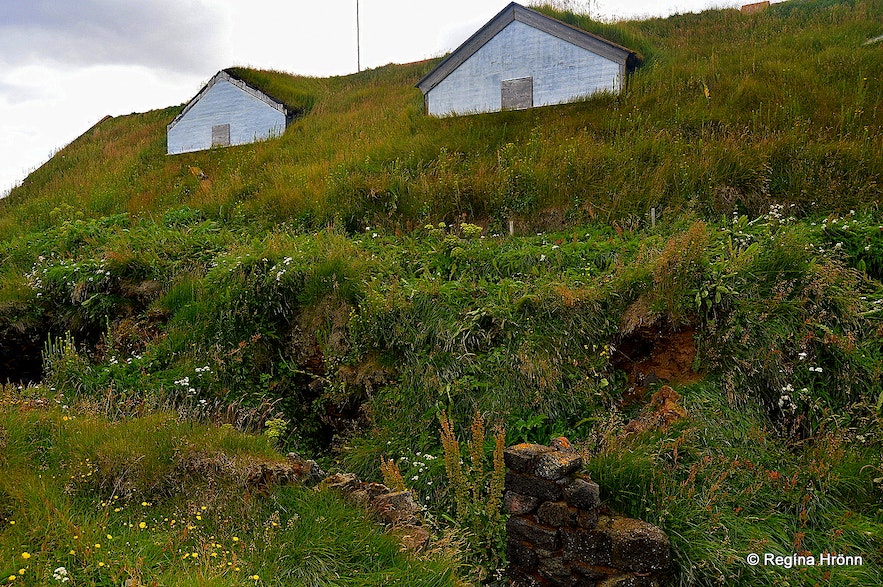 The Grænavatn turf house cannot be seen from the main road at Mývatn, but it is located off ring-road 1 midway between Skútustaðir pseudocraters and Dimmuborgir lava formations and pillars. It is located on the land of the farmer at Grænavatn, so let's be respectful while having a look at this beautiful turf house.

To reach Mývatn you can rent a car in Reykjavík and drive up north in a couple of days. 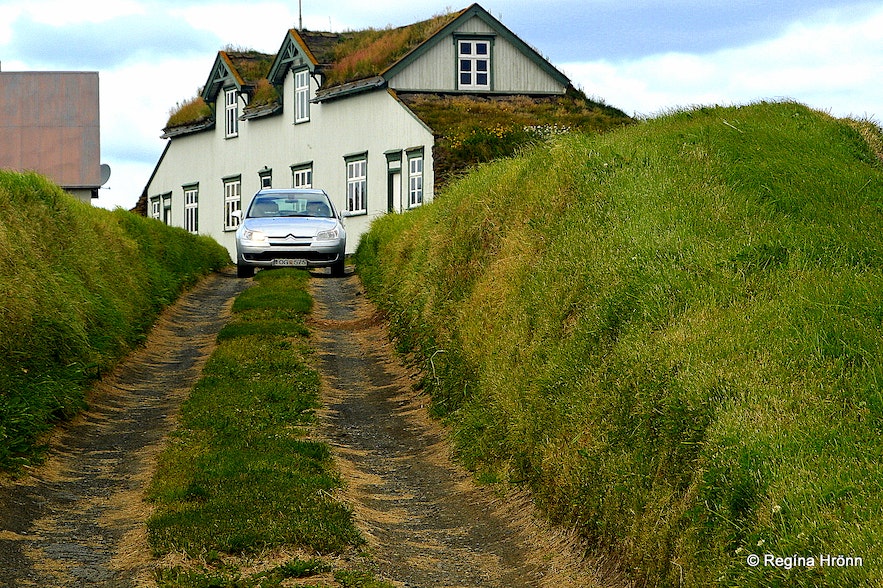 Here are some of the other turf houses in Iceland I have visited and written about:

A List of the Icelandic Turf Houses, which I have visited on my Travels in Iceland

Visiting these turf houses is a passion of mine and I hope you enjoy reading about them as much as I enjoy visiting them :) 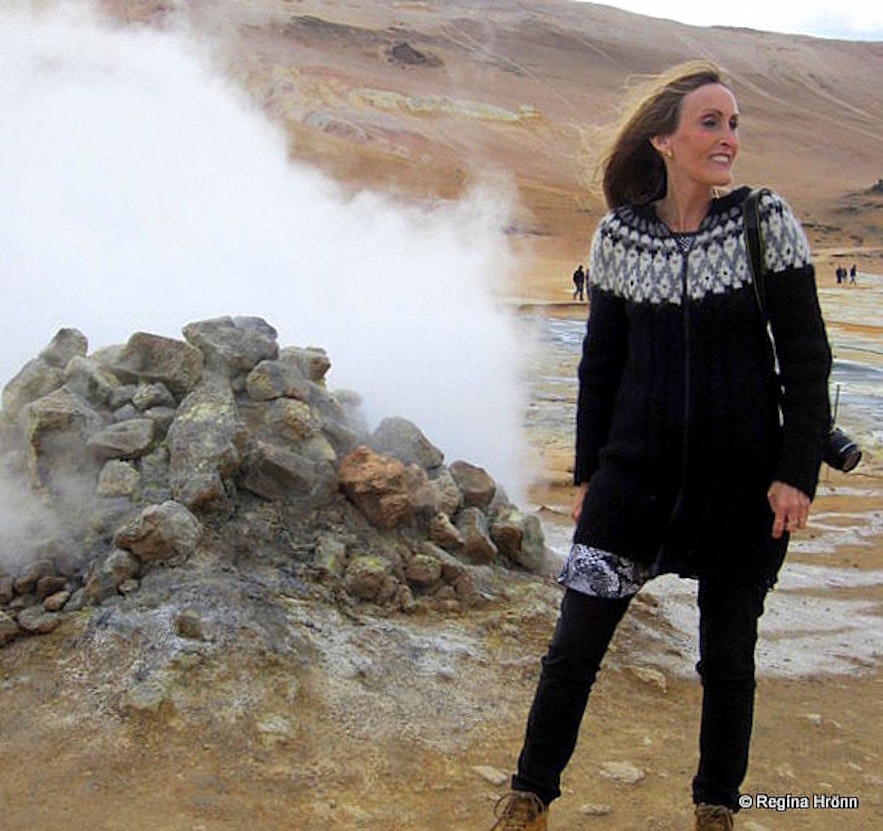 I have also written many travel-blogs about Mývatn and summed it all up in The amazing Mývatn & Krafla Area in North-Iceland - a Compilation of the wonderful Sights.