The Peculiar Rock, Steðji-Staupasteinn, in Hvalfjörður in Southwest Iceland

In the beautiful Hvalfjörður fjord in SW-Iceland, you will find a very peculiar almost 3 meters high rock called Steðji.

This rock is in the shape of a goblet and the hermit living in it is the Protector of the Hvalfjarðargöng tunnel. 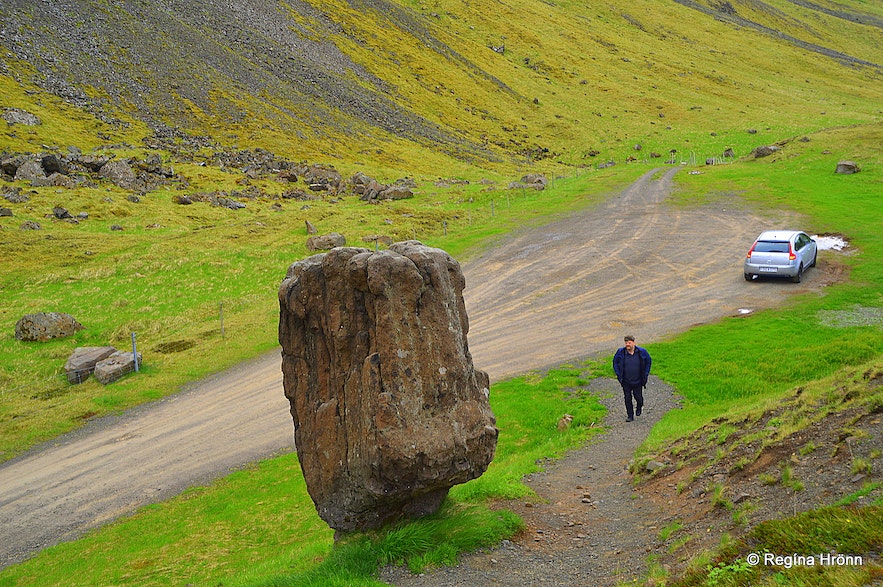 Staupasteinn and the parking space - the road is closed further on so you have to turn around.

Before the Hvalfjarðargöng tunnel was opened in 1998 the road via Hvalfjörður was on the ring-road one route, and everybody travelling the ring-road had to pass through it.

Nowadays most people take the 5,770 meters long Hvalfjarðargöng tunnel and skip the beautiful Hvalfjörður as it shortens the route by 45 kilometres. Hvalfjarðarvegur road has now got road number 47.

My family, on the other hand, loves to drive through Hvalfjörður and we often make a stop by Staupasteinn on the south side of Hvalfjörður bay, to greet it. 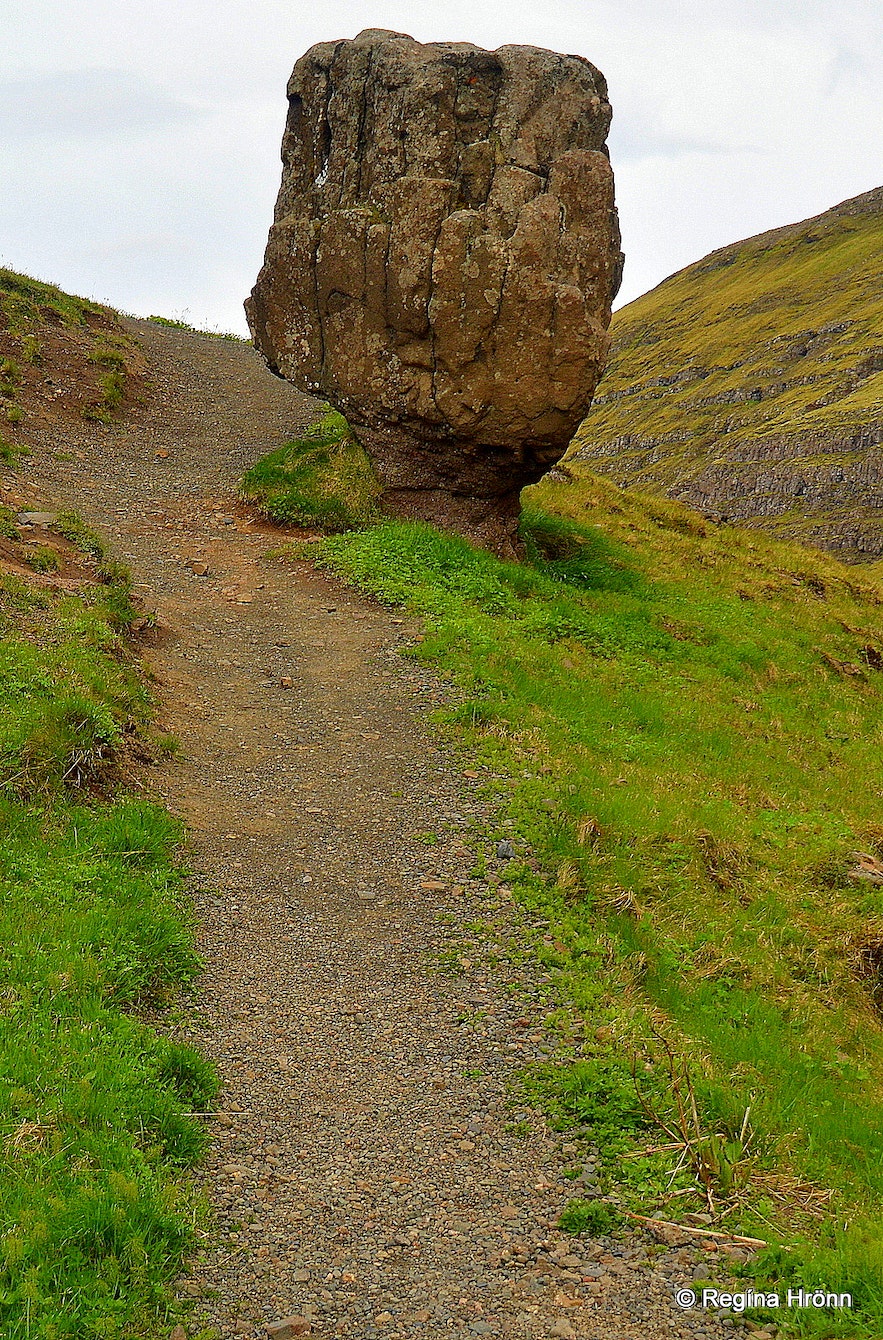 We always refer to it as Staupasteinn in my family, and that name seems to have been used for the longest time as my great-grandmother referred to Steðji as Staupasteinn.

It is a common belief that an Einbúi - a hermit lives in the rock and that his name is Staupa-Steinn like his habitation. As I have told you in many of my travel-blogs then the hidden people - the elves live in many, many rocks in Iceland and our folklore is filled with stories of the elves of Iceland.

See other elf-rocks, for example:

According to the late seer Erla Stefánsdóttir, the hermit in Staupasteinn/Steðji has been described as being a bearded, kindly man with long hair. He loves children and is humorous and kind. 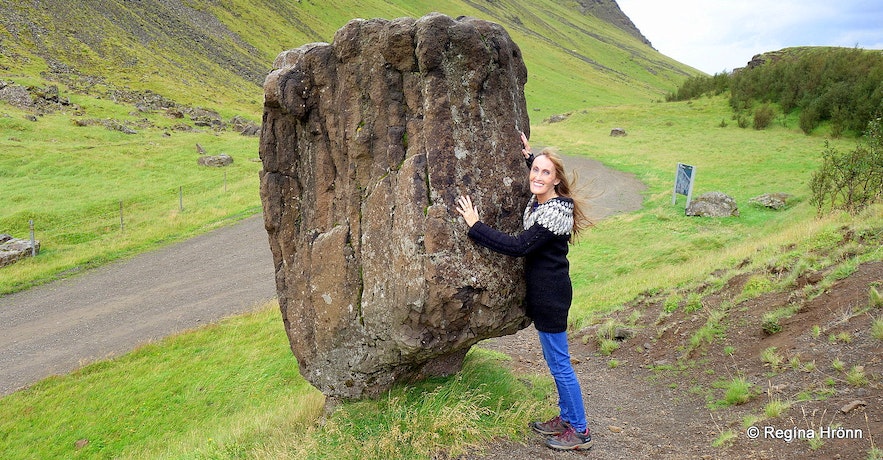 Greeting Staupasteinn in the fall of 2021

He loves visitors, especially children with balls and he loves to play with the children :)

Let us hope that this is true and that we are not disturbing him as there are many stories of the revenge of the elves when you are loud or disrespectful by their habitation. But seeing that the hermit lives alone then it sounds about right.

Let's always be respectful, though, and there is no climbing on Staupasteinn/Steðji. 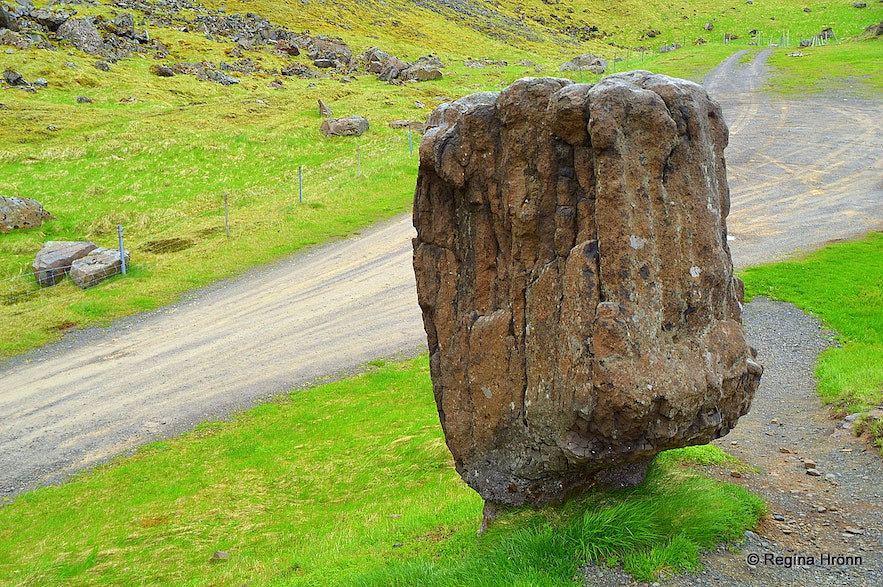 When the company Spölur was building Hvalfjarðargöng - the Whalebay Tunnel, they wanted to use the hermit in Staupasteinn as their protector in their promotional material. So back in 1997 Erla was asked to go to Hvalfjörður to talk to the hermit. The hermit was according to Erla flattered and agreed to be the protector of the tunnel :)

You will see many other smaller rocks that have come tumbling down the mountain. 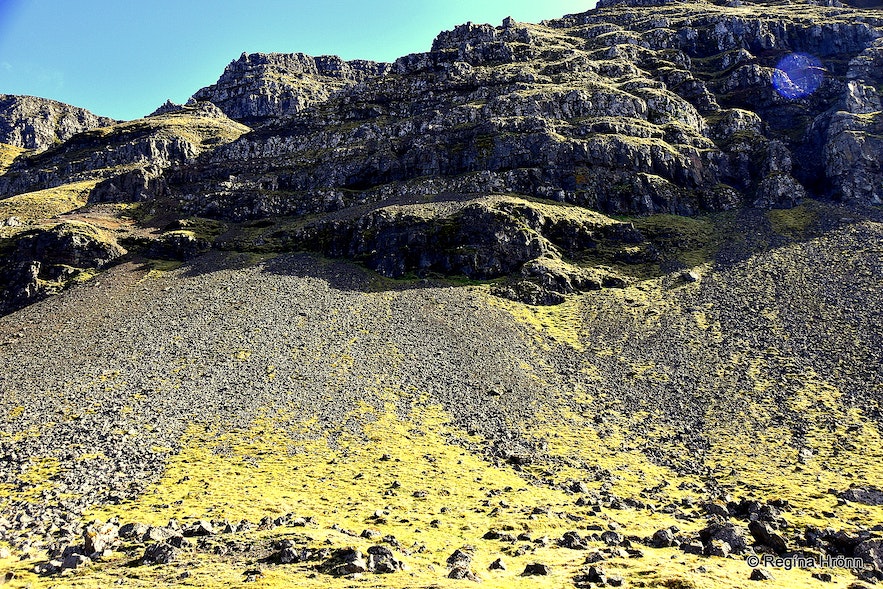 The shape of the rock is that of a chalice or hands praying. Some even see a baseball glove. It is truly a sight to behold.

The name Staupasteinn means Chalice Rock as it is in the shape of a goblet/chalice or stem glass.

We are lucky that Staupasteinn/Steðji still stands tall as my mother told me that the American soldiers wanted to remove it as they thought it would collapse onto ongoing traffic! They did not know about its history and the man living in it. 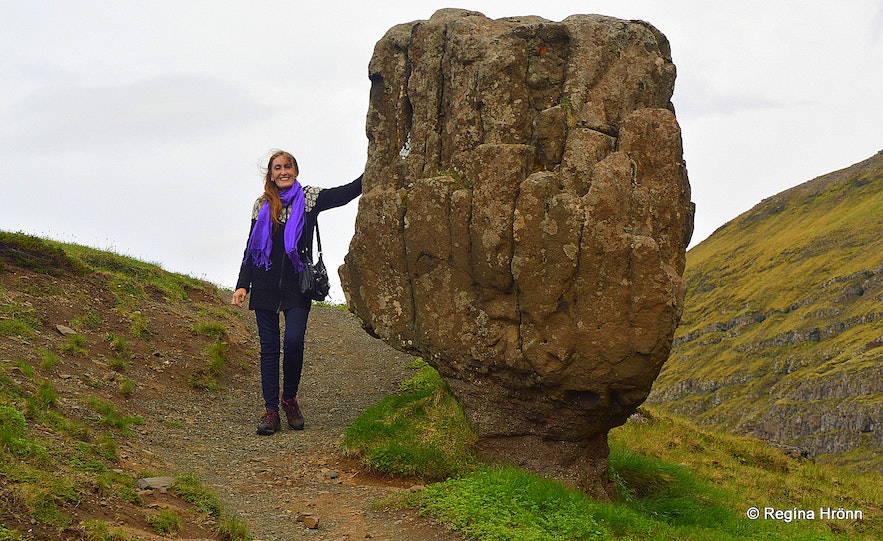 Greeting the hermit in Staupasteinn rock

The rock and an area of 3.2 ha around it were preserved in 1974 as a natural monument, and should not be tampered with.

The old Hvalfjarðarvegur road used to pass by Staupasteinn/Steðji, but was moved around the year 1970 further down by the sea, so Staupasteinn/Steðji is hidden from sight and not by the road like it used to be when I was a little girl.

The road is closed so you will have to turn around after visiting Staupasteinn/Steðji.

This is a lovely location to stop and have a picnic :) Let's, as always, leave no trace and only take photos. Umhverfisstofnun - the Icelandic Environmental Agency also wants to reiterate that there is no camping by the rock. 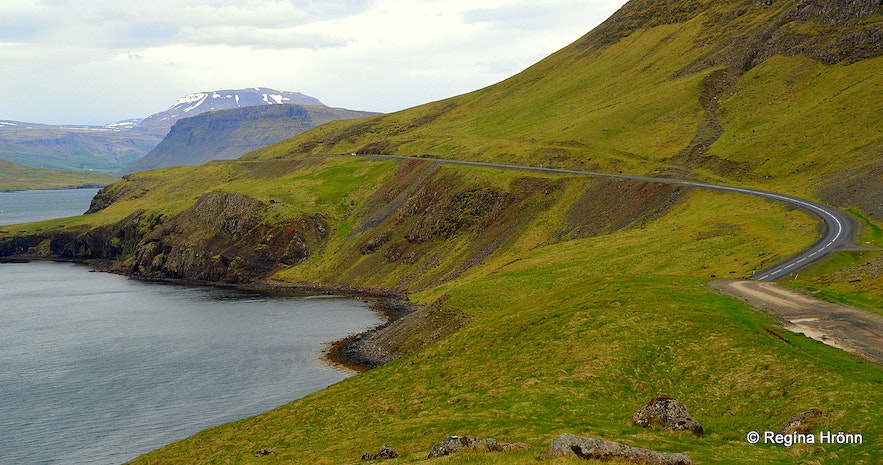 There is an excellent view from Skeiðhóll of Hvalfjörður and Hvammsvík cove. Down by Skeiðhóll and towards the sea, you will find Skeiðarhólsflöt.

According to folklore, this green area should never be mowed. At one point the farmer of Hvammur farm harvested this area and lost his cow the following winter. Source: Fornleifaskráning í Kjósarhreppi.

There are many such "álagablettir" - enchanted spots in Icelandic folklore, which should never be mowed or misfortune will happen. And very often you would lose your cow if you disobeyed. Or another disaster would happen. 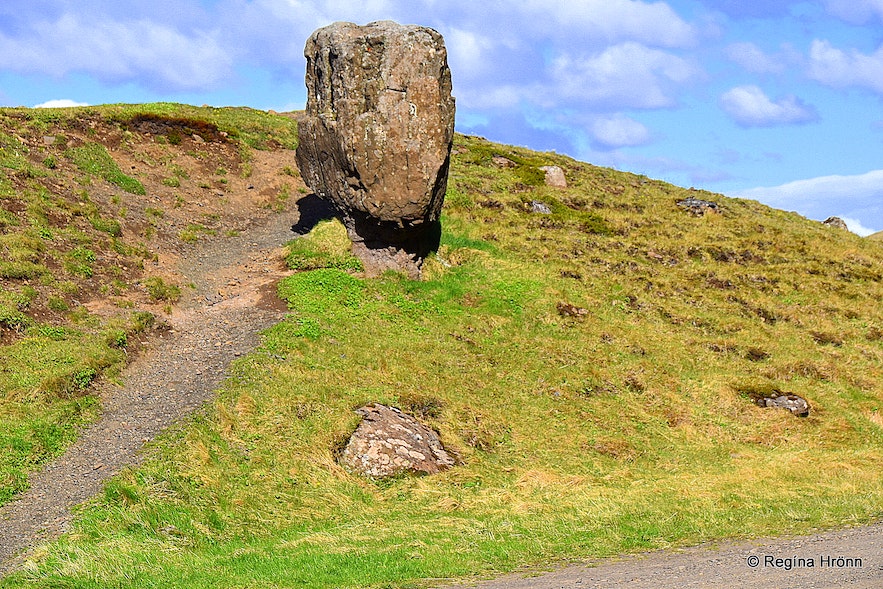 All around Iceland, you can find areas where the grass has never been mowed. They are either elf locations or there could even have been burial mounds there which should never be tampered with.

See also my travel-blog: A Compilation of the Viking Ruins & Pagan Burial Mounds I have visited on my Travels around Iceland.

To visit this area you can rent a car in Reykjavík - Hvalfjörður is a beautiful fjord to visit. Have a lovely time!

Umhverfisstofnun - the Environmental Agency of Iceland