5 Reasons to Hate Summer in Iceland

June has come and gone, so Iceland is officially in what it’s idea of summer is. After a long and brutal winter, in which my Vitamin D reached the levels of what my doctor described as ‘like a very sickly child’, you think I’d be happy. Then again, you don’t know me.

The only thing in the world worse than an Icelandic winter is an Icelandic summer. Yes, we can say goodbye to 20 hours of darkness a day, to the endless storms, and the general sense of all-pervading misery, but what are we exchanging them for? Is it even worth it?

Read ahead to discover the five worst things about Iceland’s summer.

The Smiles on the Locals’ Faces 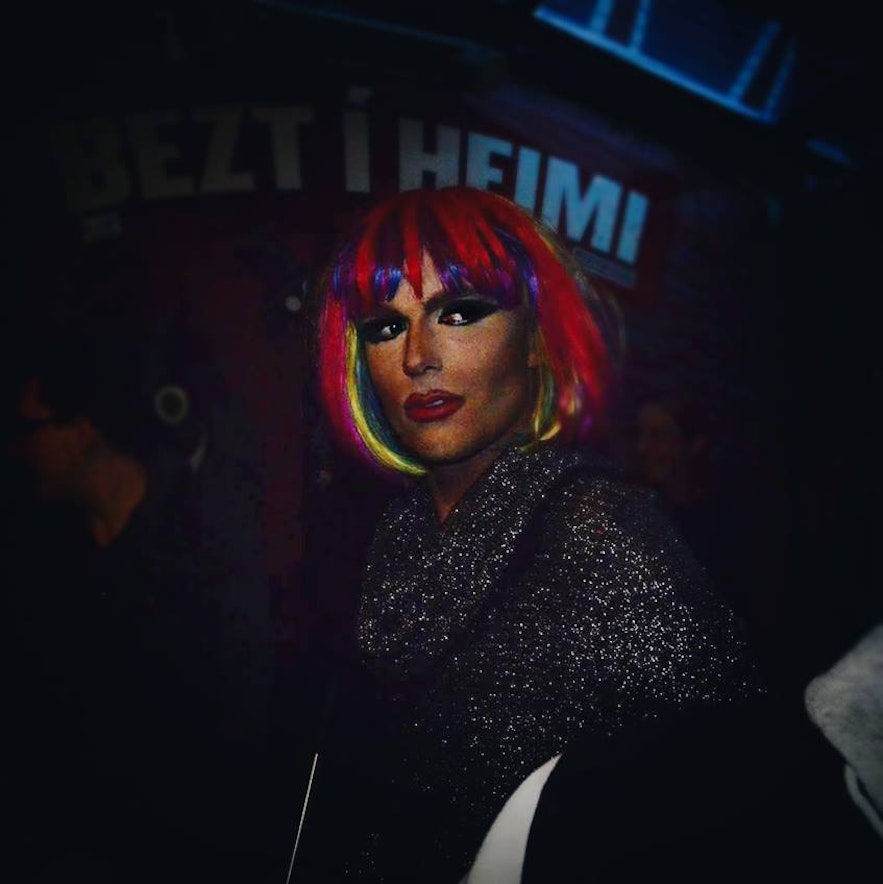 Not smiling. Photo by junialif.photography

As the days get longer and the weather gets warmer (although I’m hardly sunbathing topless in today’s 10-degree heatwave), Icelanders start to retreat out of their huts and caves to take in the ‘heat’. Having no experience of the wider world, they genuinely believe they are blessed that the seasons have changed, and their resulting pleasure is sickening.

You can’t go anywhere without an old crone or ramshackle fisherman giving you a toothless smile that will be etched into your nightmares for life. The grubby children start to run across the barren, lifeless parks of Reykjavík, screaming with pleasure as they throw fishbones and sheep skulls at each other, the nation’s two most popular sports. And the everyday commoner heads to what they think a beach is, to sprawl their pallid, gaunt bodies across the sand in hopes of catching a little tan. 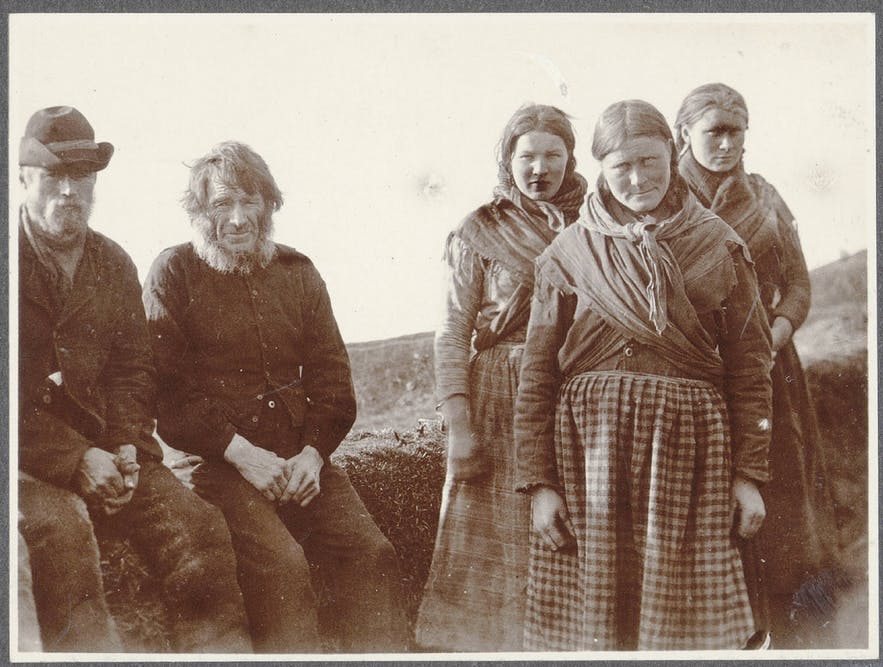 Their joy is as nauseating as it is undeserved. As discussed in previous blogs and confirmed by science, Icelanders are a subhuman race designed by God to be an irredeemable villain you can only wish hardship upon. Think of them like a real world version of the zombies in apocalypse movies, orcs in Lord of the Rings, and those pink-hatted women that the liberal media photoshop into so-called ‘Women’s Marches’. It’s just impossible to feel any empathy for any of them, and Icelanders, due to their actual existence, are far worse than the rest. 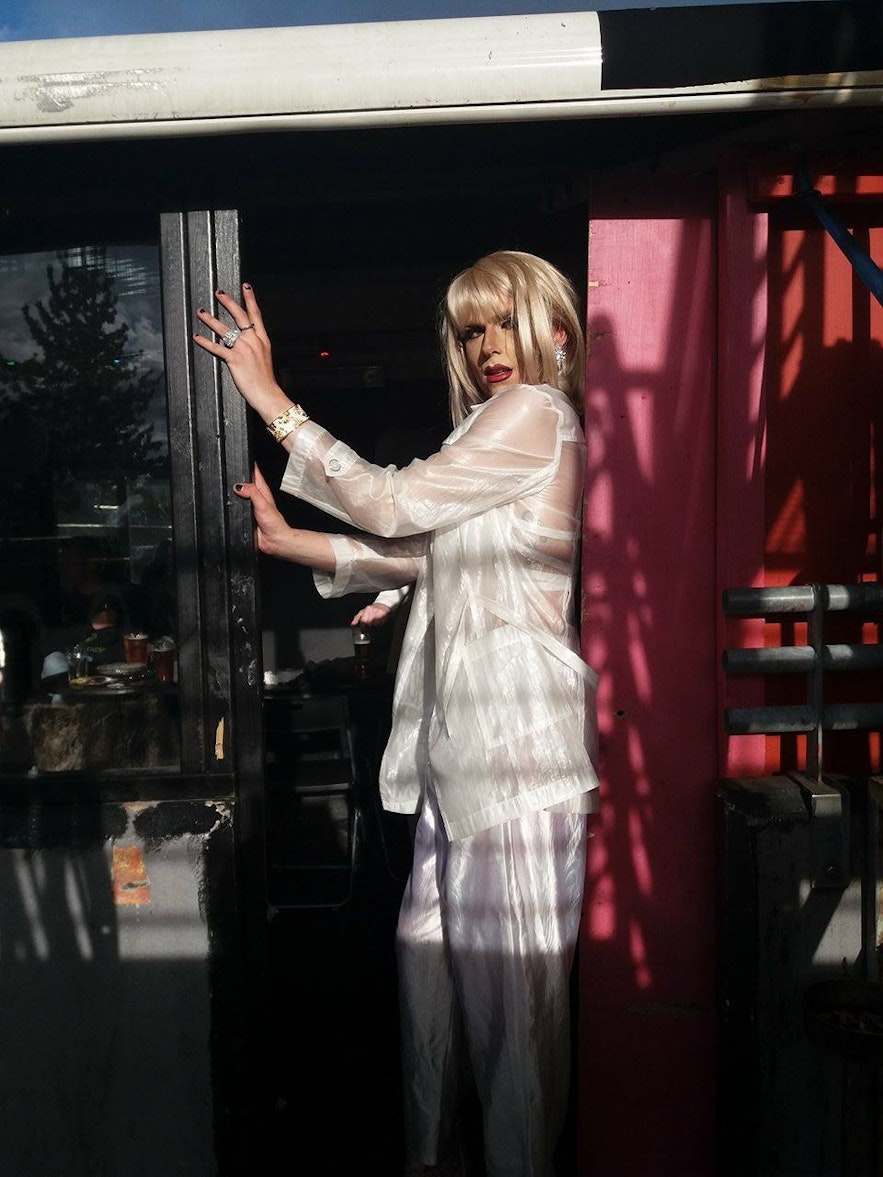 In the Icelandic winter, you get the glimpse of daylight, enveloped by total darkness. In summer, however, you don’t get a second of night. The sun spins in a great circle in the sky, never relenting, and the results are horrible.

Firstly, the constant light puts all of Reykjavík’s foul architecture, and Iceland’s disgusting natural sites, on constant display; the entire country is much prettier behind a veil of total blackness. Second, it makes the aforementioned smiles much more obvious. Thirdly and finally, it makes sleep an absolute impossibility.

While in winter, you are deprived of essential vitamins and forced to curl in bed for every waking hour, in summer you are in a constant state of alertness. I call the effect ‘Summer Madness’ and use it to fully justify all of my horrible behaviour. It’s the same as being on a never-ending cocaine bender, without all the fun times and great memories. In my case, it’s exactly the same. 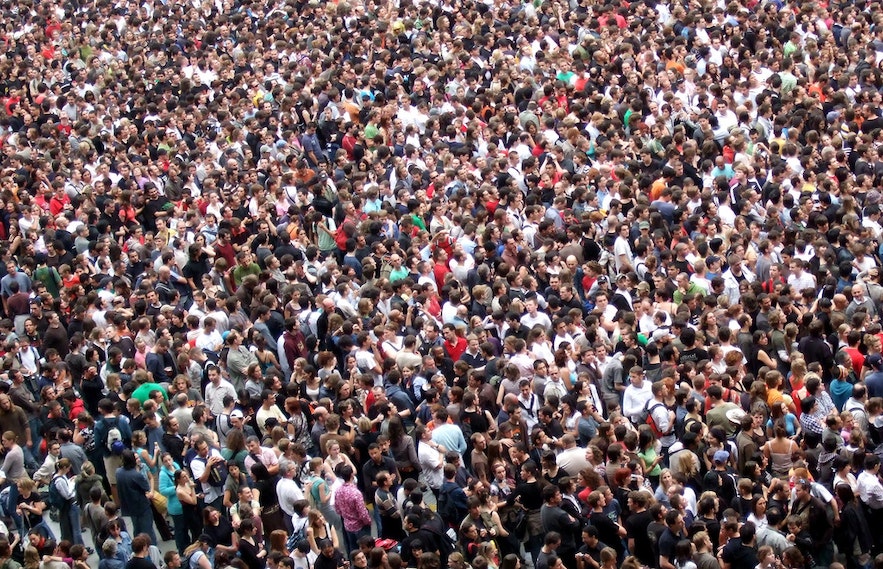 A picture of Gullfoss Waterfall in summer. Photo by James Crindland

As if dealing with joyful Icelanders isn’t enough, summer brings the only group of people I detest more than them: foreigners.

Americans. Frenchies. Germans. The Dutch. They swarm from their homelands and pack the streets, filling the constant buzz of nonsense with even more nonsense. You can’t walk a metre down a city street without being stopped by someone asking where their tour bus is, or if you’re Björk.

During 2014 it was fine, because I could just point them in the direction of the erupting volcano Holuhraun and let the lava and toxic gases do their work. Iceland’s volcanoes only go off when it’s inconvenient to everyone else, however, so I’m sad to say that I don’t think that’ll be an option this year. Typical.

The Pressure to go Outside 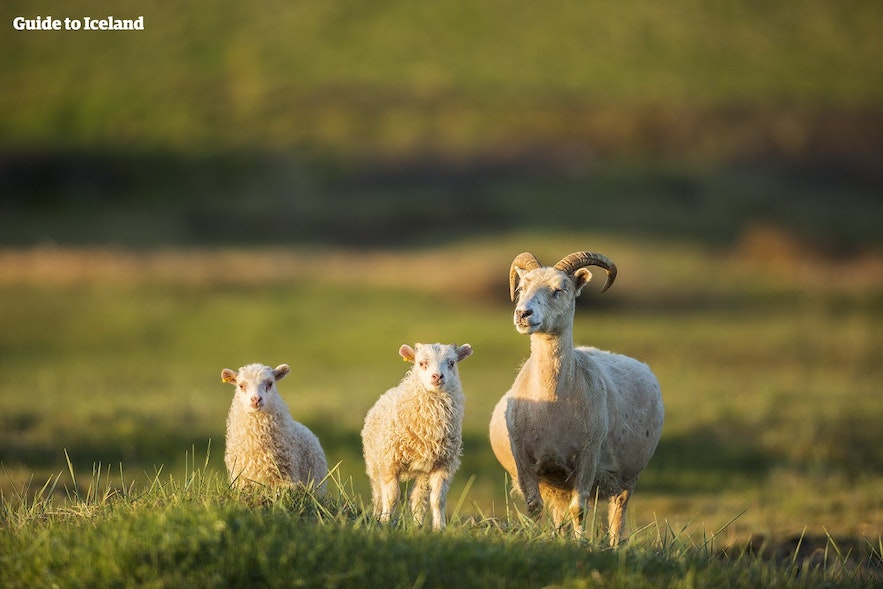 The outdoors of Iceland are filled with terrifying horned beasts you would think only exist in legends, like whatever these creatures are.

In winter, you cannot do anything outside, which is wonderful. My favourite hobbies in life are lying down and drinking while lying down, which are perfectly acceptable pastimes in this season. In summer, however, the pressure comes from every angle to do terribly boring and exhausting things, like standing, and even walking.

People celebrate it. Every acquaintance I have made is inviting me on camping trips, on glacier hikes, to go river rafting in some filthy glacier river. It’s constant and frustrating, and I hate how rude I am perceived when I tell them where they can shove their ridiculous invitation. I don’t want to seem like I’m trying to judge them for their over-enthusiastic amounts of energy, because it’s really no effort. 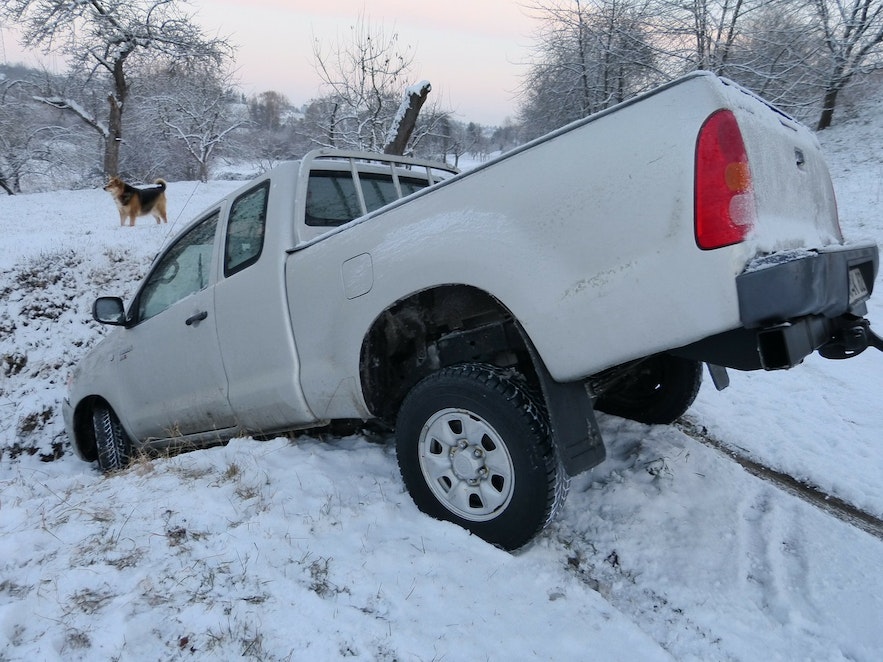 Hilarious accidents like this happen every day in winter - although this maybe isn't the best example as there were no injuries.

In winter, death hovers like a spectre over all of Iceland. Every car journey could end with someone careening off the road and into a frozen river; every small settlement near a mountain is at risk of being crushed beneath an avalanche; and hypothermia and pneumonia lurk in wait for anyone who stays outside for more than a minute.

It is thus incredibly boring that in the transition to summer, these threats cease to exist. The warmer the weather gets, the fewer tragedies occur, and the duller the news becomes. Rather than a gripping, exciting story like ‘Family of four found in car beneath pile of snow, conditions critical’, the headline on one institution today was ‘Football Player’s Viking Beard used to make Fishing Fly’.

Literally, that was the entire country’s number one story. I was planning on making one up to illustrate the point, but it writes itself. The news media should be a vessel of low-brow, salacious entertainment that intrudes on the privacy of others, not a place to update a country on the beard status of one of its sportsman. If they are that desperate for a scoop, I am more than happy to create one. 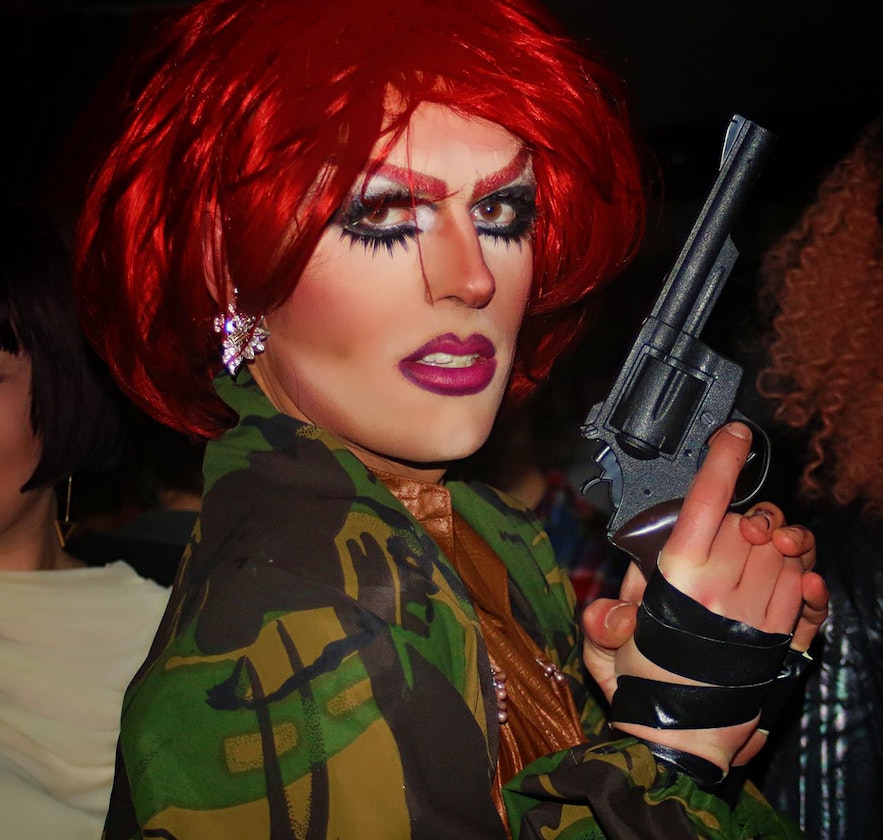 I'll give you a story. Photo by Kaspars Bekeris

I know that many ungrateful readers think that I spew all this negativity out for the sake of it. They think I take pleasure in revelling in what an underdeveloped, barren and irredeemable place this silly excuse for a country is. People think when I say that it’s literally worse than hell and its inhabitants are savage barbarians that I’m being a little hyperbolic and using unnecessarily aggressive language.

Those people are animals, and I will burn all their houses to the ground. However, just to keep such nasty rumours at bay, I will concede that summer in Iceland has one appealing quality. Just one. You see, from June to August, the bird cliffs all around the country start to fill with adorable and elusive puffins.

You can go to places like, say, Látrabjarg in the Westfjords, and see them in their thousands. They nest near the top of the cliffs, have no fear of people, and it’s incredible how close they will let you get. You can get within arm’s reach without them flinching. Therefore, with no effort, you are in easy striking distance. 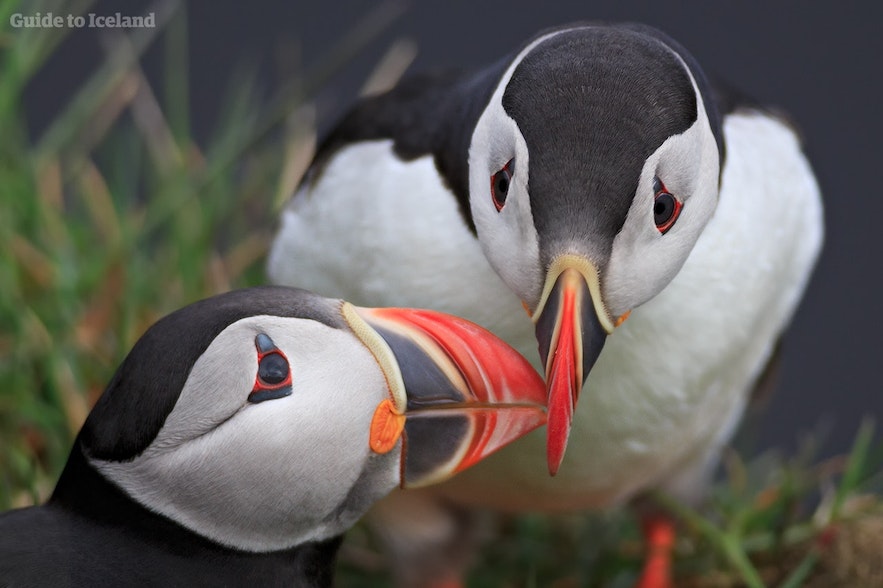 Puffins nest in pairs, meaning you can have lunch and dinner.

The puffins provide an annual feast if you know how to turn this phenomenon into one. Some people like to use a net and a club, the more experienced prefer a hammer, but now I just look into the puffin’s dumb, tasty little eyes, and perform a quick grab and snap motion. The trick is to move slowly, maintain eye contact, and ignore the screams and tears of the tourists around you. They’re just jealous that you got yourself a free dinner in Iceland, and they’re facing selling an organ or child just to afford a supermarket sandwich. 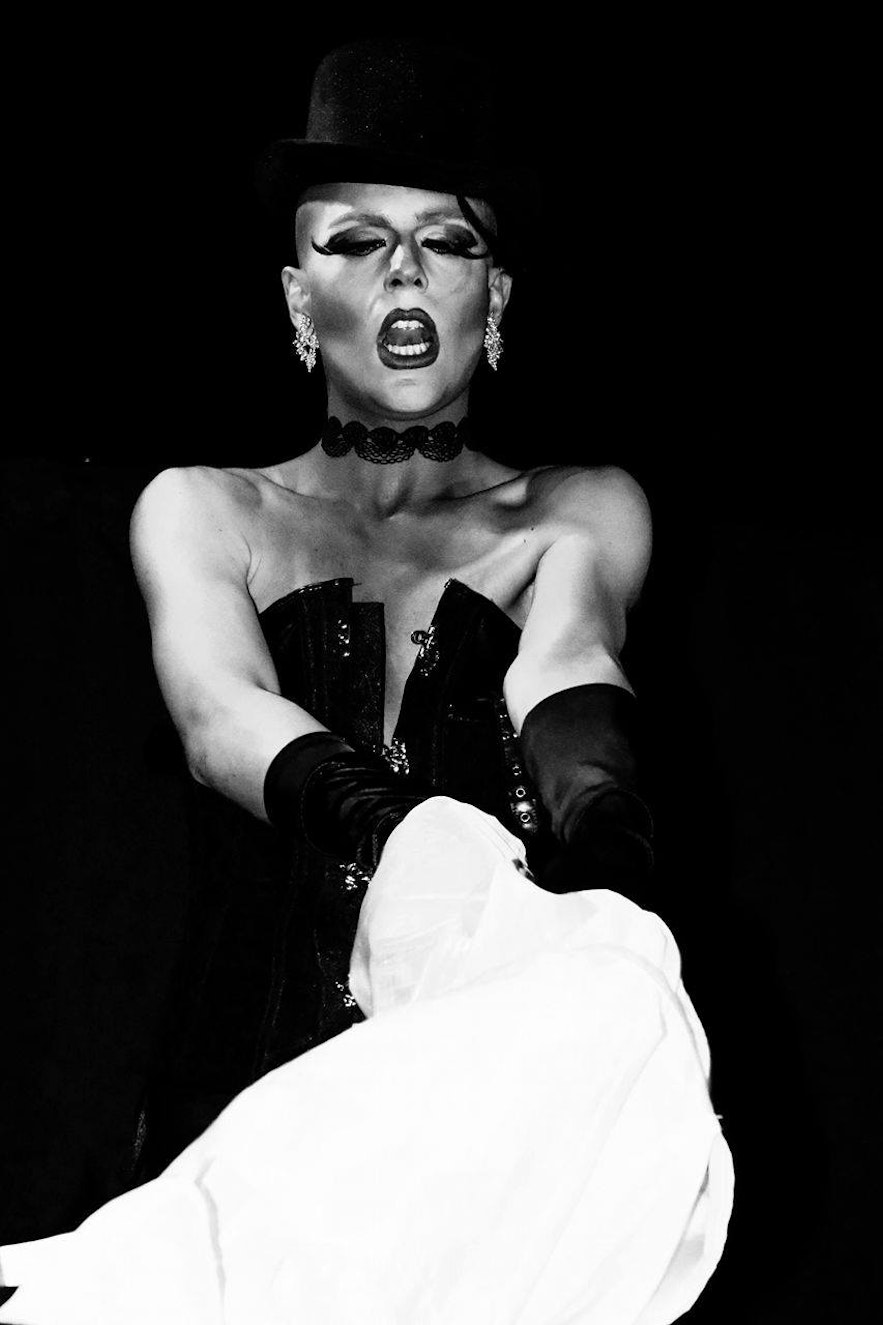