The Revolting Cuisine of Iceland

There are many cultures that have cuisines so delicious, unique and fascinating, they draw visitors from around the world.

In the city of Yulin, an annual festival involves the killing and roasting of up to 15,000 dogs, and I cannot recommend the lab-kebab enough. The Korowai People of Papua New Guinea are the world’s last remaining cannibal tribe, and their honey-roasted rib cage is to die for; it literally cannot be recreated. Even in the UK, we congeal the blood and fat of pigs and have the hardened result as part a hearty breakfast, just one part of our international reputation for á la carte dining (a term we coined). 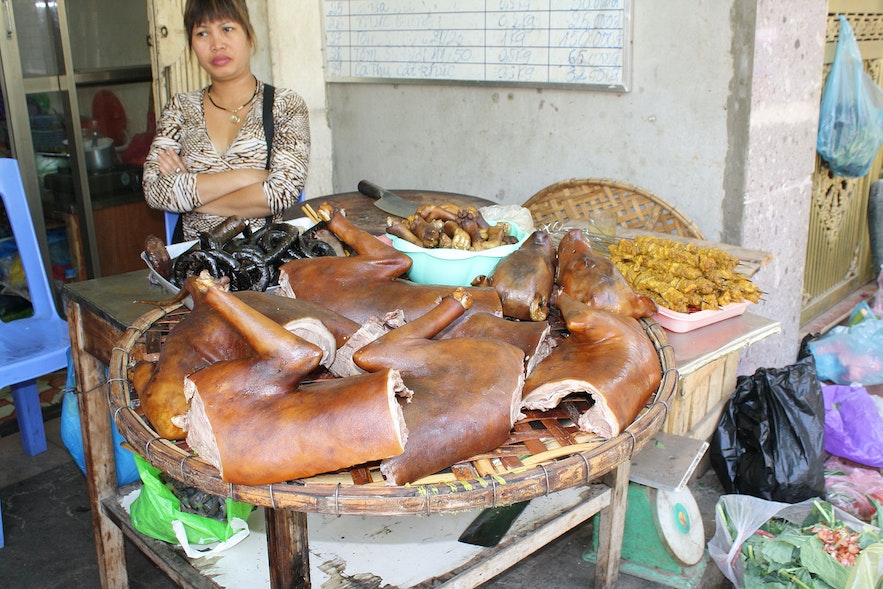 Yulin is not the only city in the world where dogs are killed for meat, but it is the best.

The cuisine of Iceland, however, repels more people from the country than it attracts. Their culinary skills are at the same level of a vulture’s, and their palette is about as refined as a conversation between Donald Trump and Billy Bush.

Icelandic food is bad from the beginning, even in its ingredients. The sparse vegetables and fruit in the supermarket sit rotten on arrival; dairy products come in powder form only; and the two seasonings are cumin and liquorice. The only thing that is ever properly stocked is the meat section, which has so much variety that feels like the graveyard of a David Attenborough documentary. 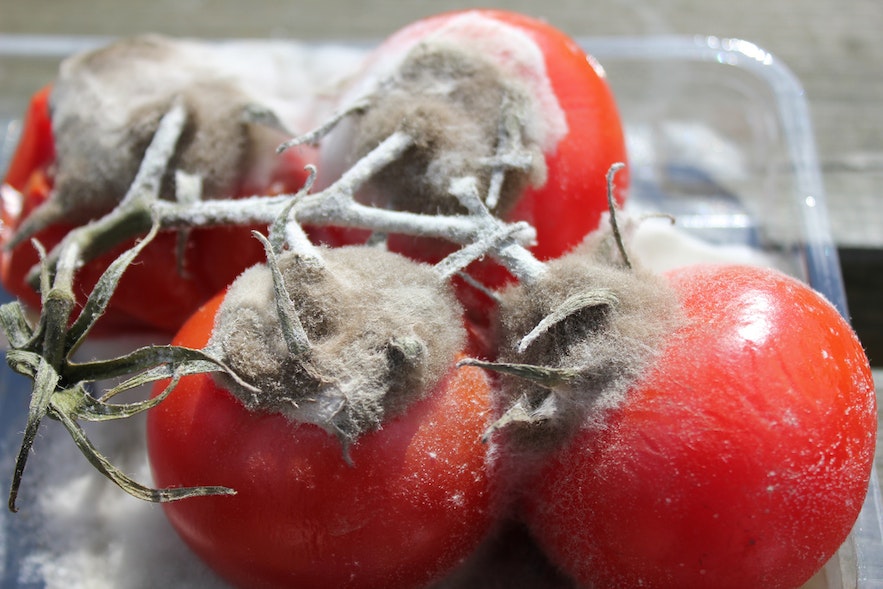 Icelandic tomatoes fresh from the vine.

As delicious as that sounds, it is disgustingly prepared. Sheep have the ugliest faces of any animal, so why on earth would someone want to pick at its cheeks? Puffins, meanwhile, have adorable faces, so why does it come in red lumps that could be anything? Shark is delicious in the form of illegal fin soup, but when rotted beneath the earth for months, it completely loses its flavour.

The restaurant scene is thusly dire. Most places have signs hanging out their windows that say ‘All Local Ingredients’, which rather than being self flattery, is a warning that the food has unchartable levels of sulphur from the volcanic eruptions and geothermal greenhouses. The one thing not imbued with the poisons of the earth is fish, but Icelanders like to serve this dried, in the form all people outside of Iceland would call cat-food. 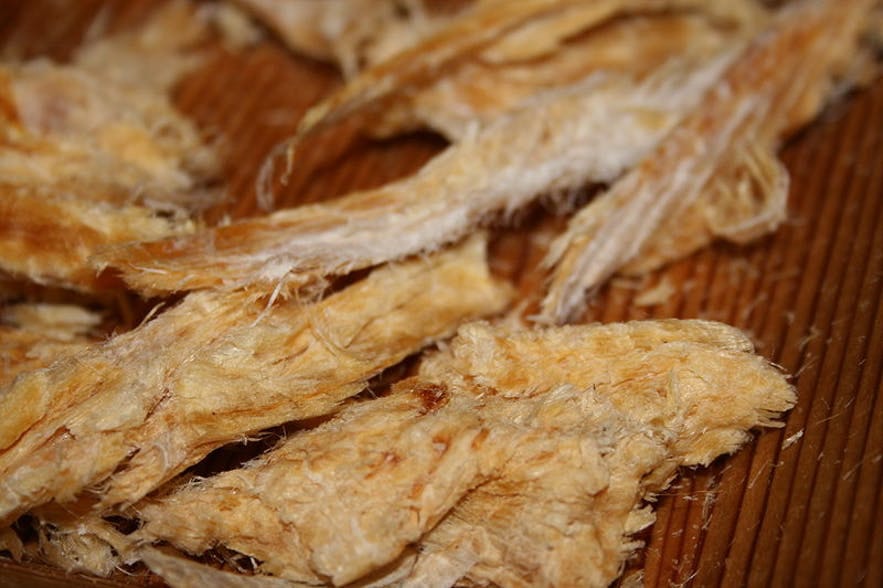 Considered to be for human consumption, not to be left rotting on a beach.

Icelandic restaurants really have no options that are edible to outsiders. Many people in Iceland are outsiders, however, usually found standing in the middle of Laugavegur when I’m in a rush, so many restaurants attempt to lure customers in by emulating the food from cultures around the world. The ingredients, however, come from the same source and thus these institutions are nothing but farces. Many are even run by immigrants, who disgrace their home nations every day with their paltry substitutes for true culinary art.

Unbelievably, five restaurants in Reykjavík have been granted with a Michelin Star, which is the highest honour anyone can receive from a company that manufactures tyres. A question, however: would you like to know where else they have all also received a star? 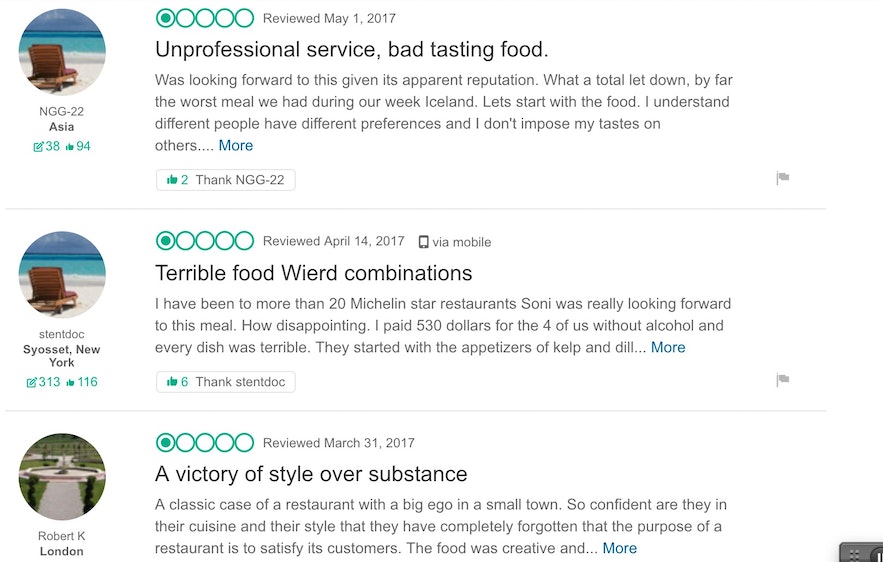 The good people of the world see far more than the elites of French vehicle parts. Dill, the first to receive a star, has 16 bottom of the barrel reviews, and is best summed up, in the words of Emmerson from New York, as ‘embarrassing’. The pompous service of Gallery is so bad, even Icelanders have left shaming reviews, and their translation of the word ‘please’ is the same as their word for ‘ NOW’.

The eighth floor restaurant Grillið does not just induce nausea by having panoramic views across the desolate, smoking, unfinished construction site that is Reykjavík. According to Disney legend and attempted child-killer Tinkerbell, who now lives in the UK, it also has ‘over the odds prices for tiny portions of horrible food’. Vox has three reviews describing the lack of hygeine present, with Carol from Utah leaving a particularly scandalous review of a dirty-handed chef (perhaps not realising that all natives here are utterly filthy). 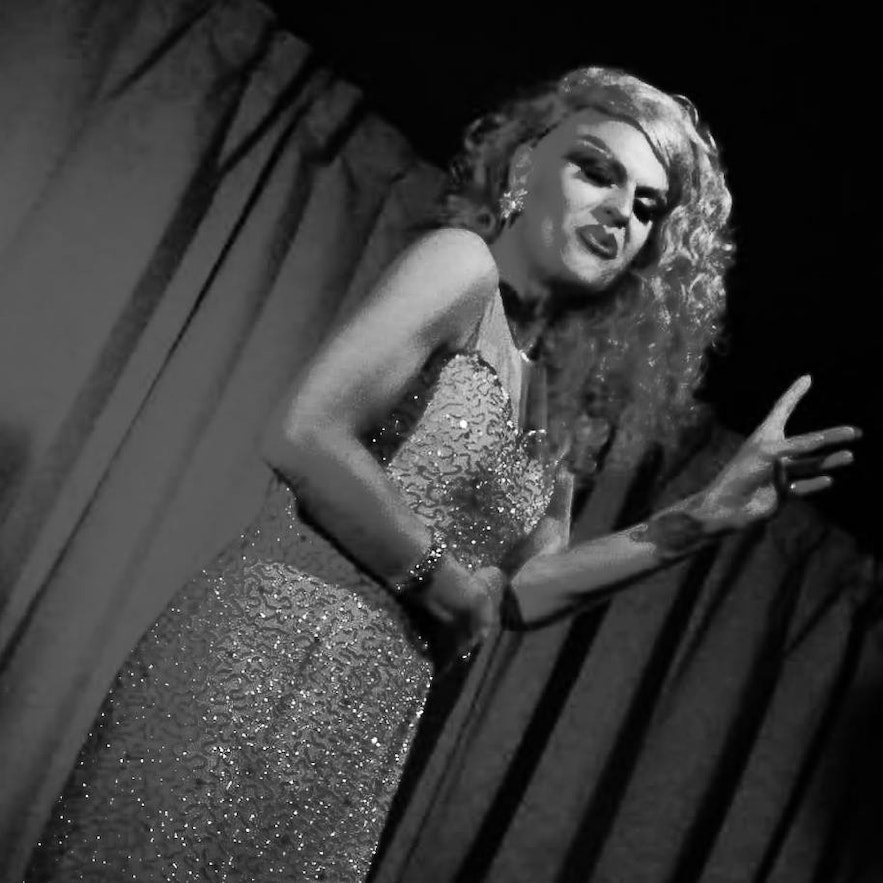 Me, fending away any offer of food.

If you have to visit one such establishment, I would have to recommend Matur og Drykkur, the reason being that it’s in the same building as the Saga Museum. You can, therefore, avoid the horrible, lasting pains of such terrible food by entering the museum and being immediately bored to death.

You may think that if the restaurants are so bad, Icelandic home cooking is an option, but it’s not. At New Year’s Eve with my late ex-boyfriend’s mother, she served me a traditional meal. It featured milk as a dressing; pickled lettuce; an unpeeled onion; and minke whale rather than my personal favourite, blue. I was so offended and thought it was so inappropriate that I had to spit in her face. 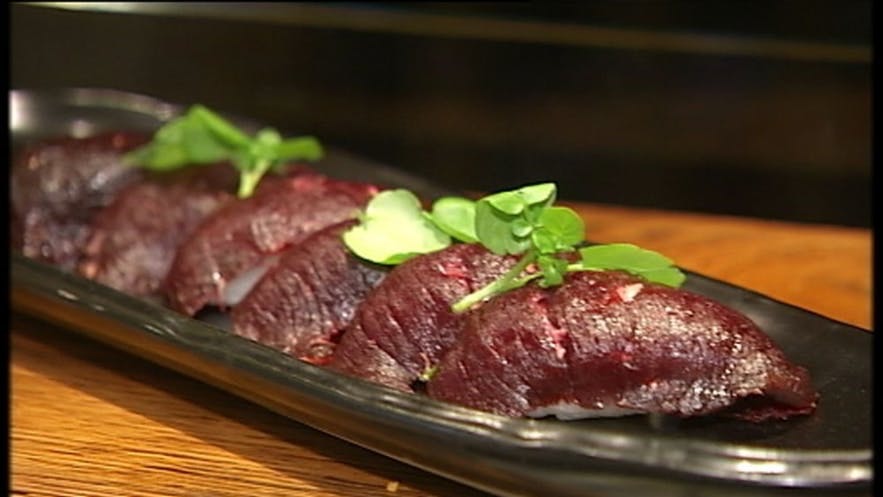 You may think fast food is the answer, but no. Subway’s catchphrase ‘Eat Fresh’ is translated out here to ‘Eat Anyway’, and Kentucky Fried Chicken’s name has legally had to be changed to Kentucky Fried Things. The single McDonalds disappeared mysteriously in 2009 in an incident still unexplained to this day, meaning no one gets to enjoy a Happy Meal or a convenient bathroom to make love to strangers in.

The baked goods, perhaps? I am from the nation that invented jam donuts and cornish pasties, sausage rolls and angel cake, cheese croissants and vol-au-vents, samosas and spring rolls, and I refuse to acknowledge what Iceland does as ‘baking’. Gritty flatbread, unsweetened chunks of overcooked dough and cumin rock cakes have not yet featured on the Great British Bake Off for a reason. 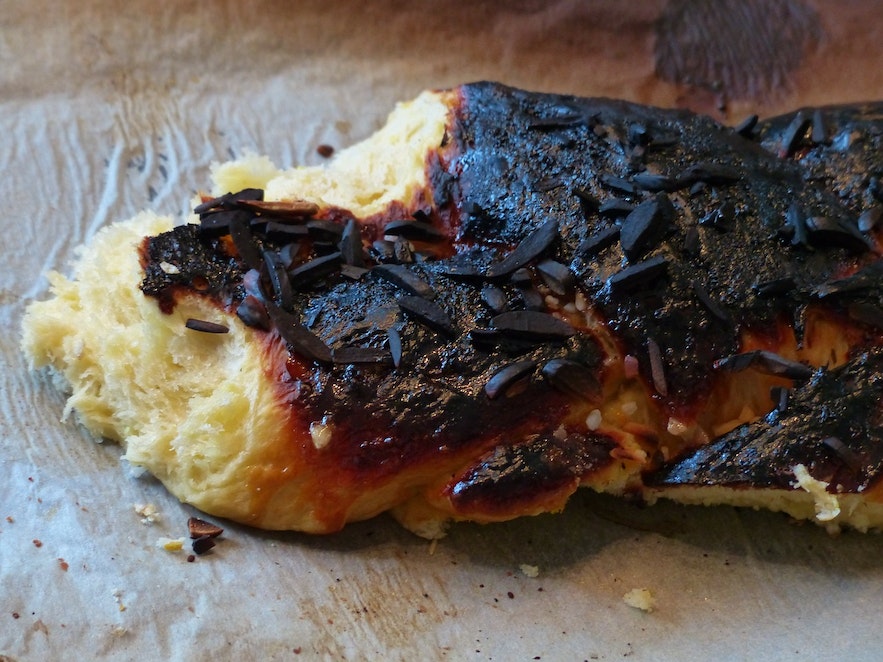 This bread is considered to be too doughy and moist for Icelandic standards.

Confectionary, you might ask? You can’t enjoy that either. Icelandic sweets are all salted liquorice, the only versatility being whether or not they have pepper on them. They also are rationed and given only to the children who toil hardest on the farms and are expected to survive the winter.

So what do you do? You live on a diet of cigarettes and book-bindings, and you waste away. You waste away, until you look like a caricature of a Parisian runway model. 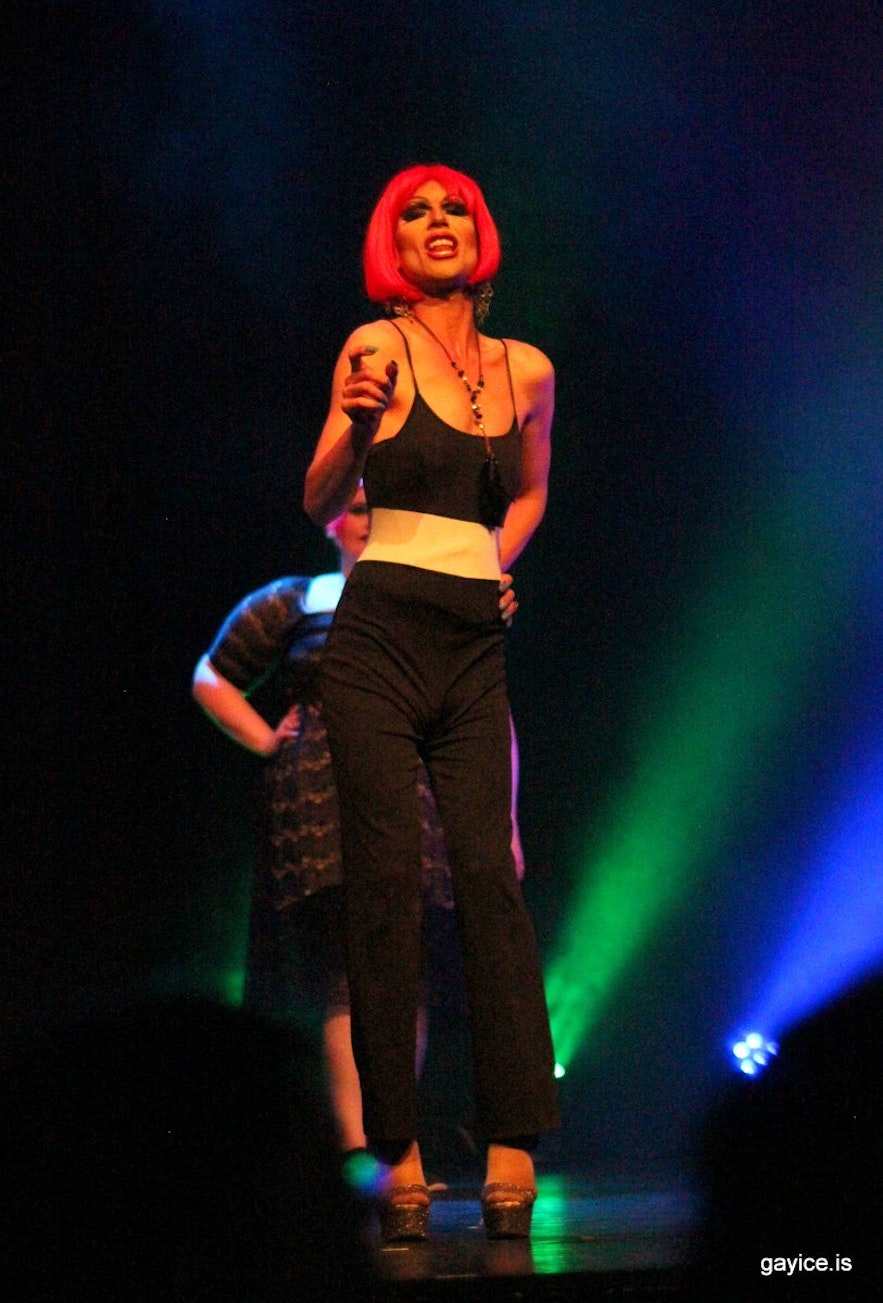 If anyone in the world knew what Iceland is, and the conditions that I have to live in, the country would no doubt be granted more food aid than the rest of the world combined. The selfish parts of Africa in drought and the greedy parts of the Middle East in crisis would have to learn to share.

Unfortunately, such an eventuality would no doubt inspire a collaboration between Bono and Bob Geldof, and I think I speak for us all when I say I'd rather starve than listen to it.