BE VERY AFRAID | Discussing Terrorists and the Armed Police in Iceland

Iceland is at the most critically dangerous time in its history. Following the attacks in London and Manchester, its terror alert has risen from a shade of off-white to a very pale beige.

By just slightly existing, the threat of terrorism is so frighteningly high that the Icelandic SWAT Team will join normal police forces to maintain order at public events, with their guns clearly visible. But will this help stave fears and suppress violence, or do the opposite?

Read on to decide what should keep you awake for longer at night: an armed police force with no experience in dealing with extremist attacks, or the threat of terrorism in a country most terrorists don’t even know exists. 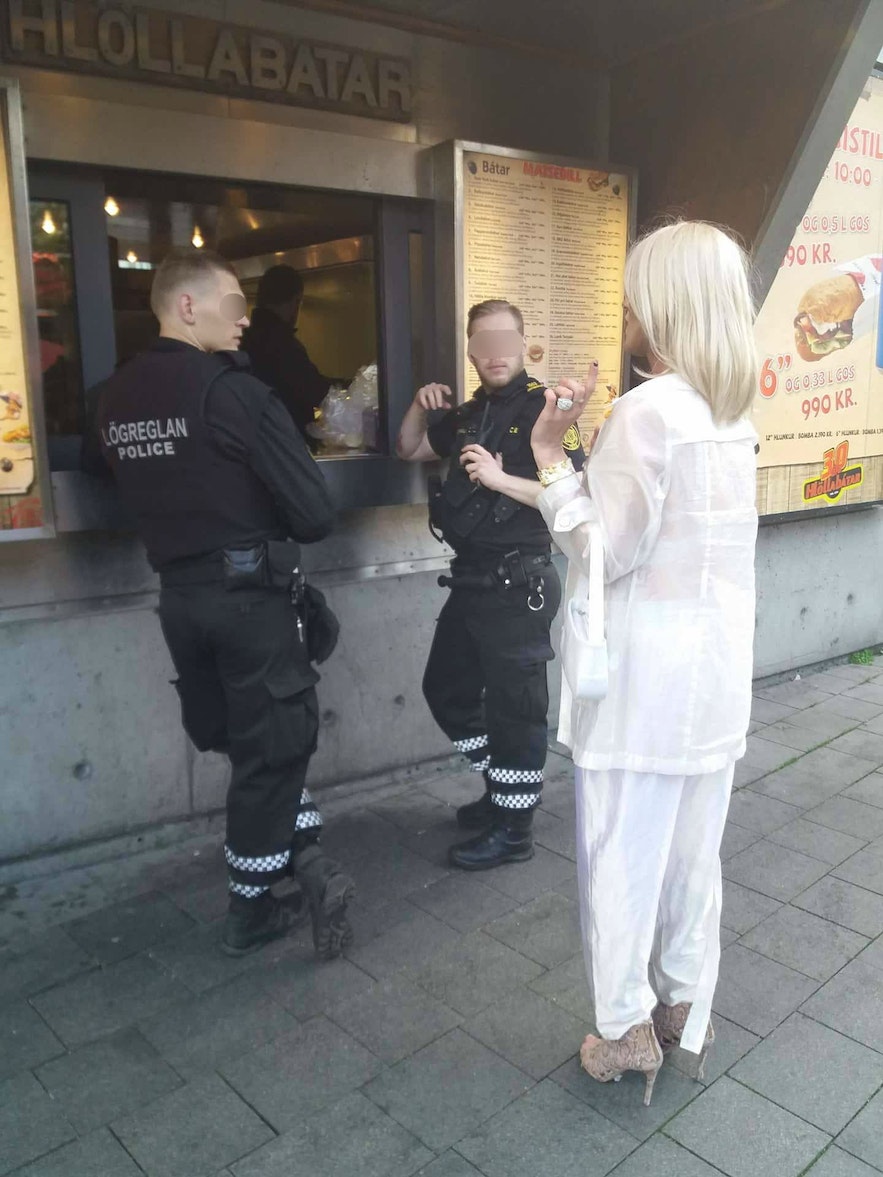 It’s been a busy few weekends in Reykjavík. An international football game between Iceland and Croatia was followed by a family event, the Colour Run. After that, Secret Solstice started; then came Independence Day. These boring attempts at culture occur every year, but this time, they were slightly more interesting because of all the guns.

The SWAT team won’t just be spicing up events in Reykjavík either; they will also be at the Westman Island’s annual event called Þjóðhátíð, the name of which translates directly to ‘nonsense’. After all, it is a well-known fact that the Westman Islands are at the top of the list of places to strike within many terrorist organisations; they were the original target of the attacks on 9/11 before Al Qaeda backed out over fears of being too dramatic. 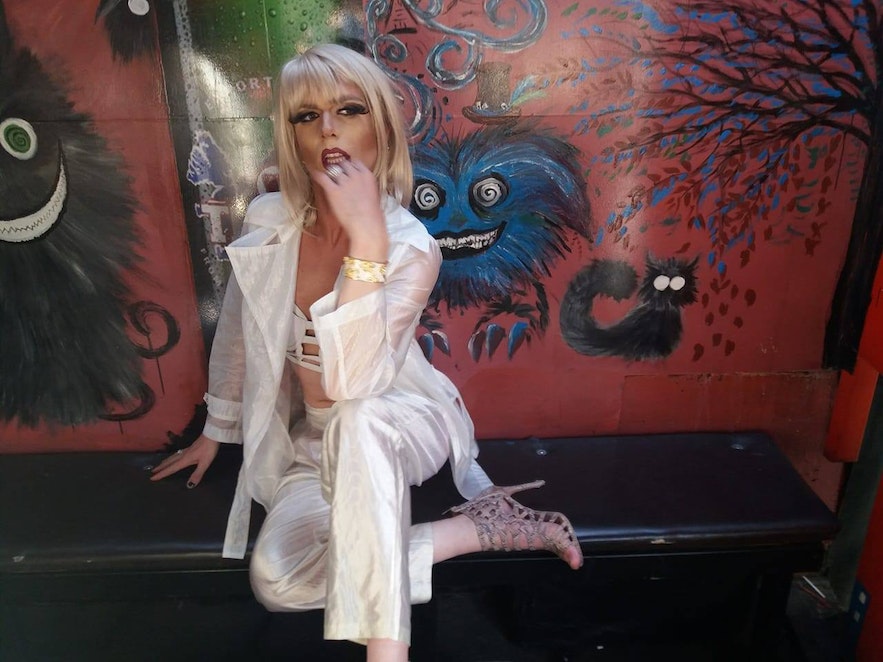 The response to the arming of the police from the public, however, has been predictably over-the-top and hysterical. Icelanders refuse to be content, no matter what potential violence they face. Both sides of the debate are screaming too loudly, and in a too gross a language, for anyone to understand what’s going on, so as usual, the mantle comes to me to break the issue down.

Continue reading to understand the arguments in favour of and against the militarisation of the police in Iceland.

Most arguments in favour of the police being armed are to do with it being a deterrent to terrorists. I, however, have discovered five much more burning issues that require serious discussion. 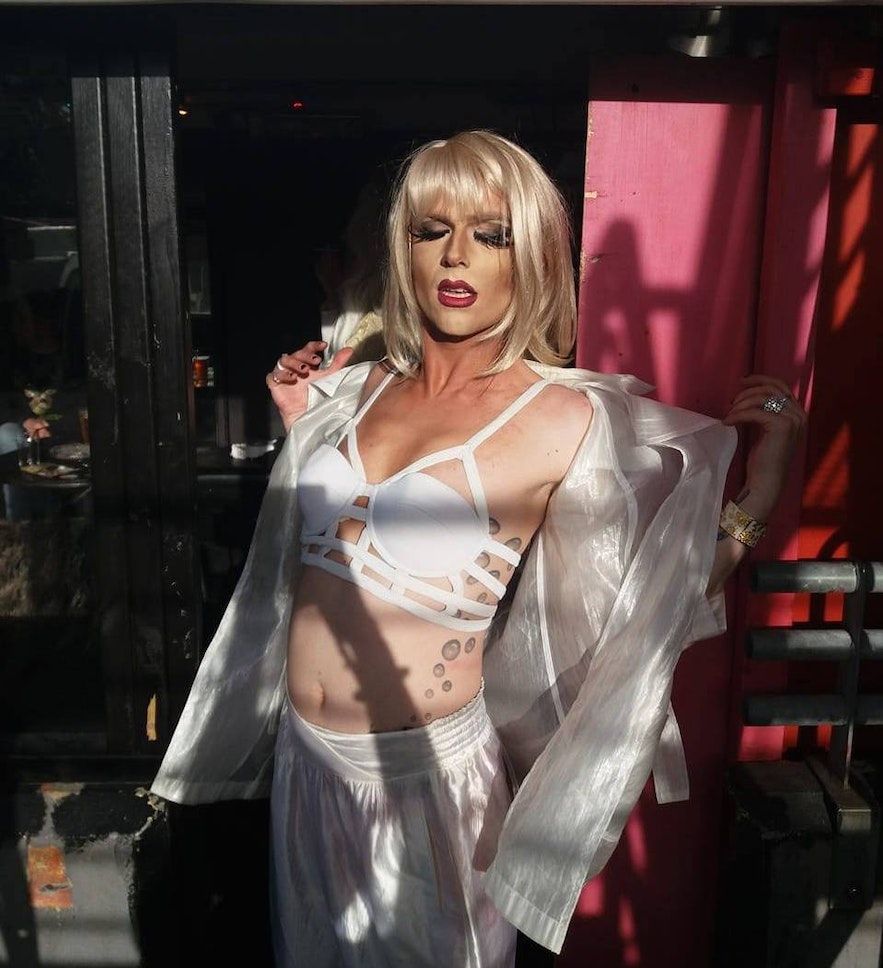 The main argument I have in favour of the arming of the police is simple. I really like policemen. Not the police in general, you understand, they’re pigs, and obviously not policewomen, but I mean the men themselves. There is nothing more attractive to me than a man with delusions of importance and lower than average intelligence, who can follow instructions without question no matter how morally dubious they are.

I find if you give them a little thing they want, they let you get away with murder.

The policemen were also very kind to me once when I came to them with an extreme case of domestic violence between me and my seven-foot-tall Viking ex-boyfriend. After an emergency life-saving surgery and some months of counselling, they decided to let me off with only a warning. 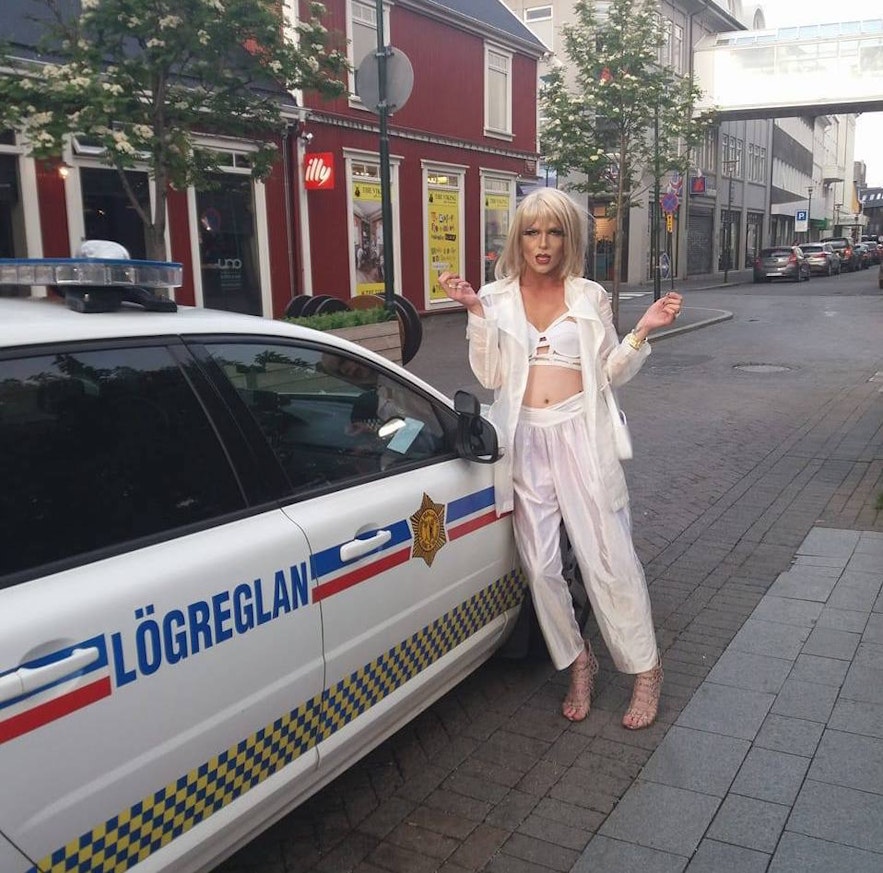 In a world of international, intranational, ideological complexities, it’s lovely for people to think there is an incredibly simple solution to anything. I don’t know if arming the police is that solution, but if it seems to eliminate the threat of terrorism, at least none of us have to think about any unsolvable world problems anymore.

We won’t need to remember which one is the good guy and the bad guy in that Israel/Palestine thing (all I know is that I thought I was bad at sharing…). We don’t need to question the West’s unwavering loyalty to Saudi Arabia; we can go back to pretending that their biggest export is belly dancing. And we can finally resume our appreciation for Kurdish men as the sexual objects they are, rather than as a legitimate, oppressed group seeking a recognised identity in a region hostile to them, fighting ISIS on the front lines. 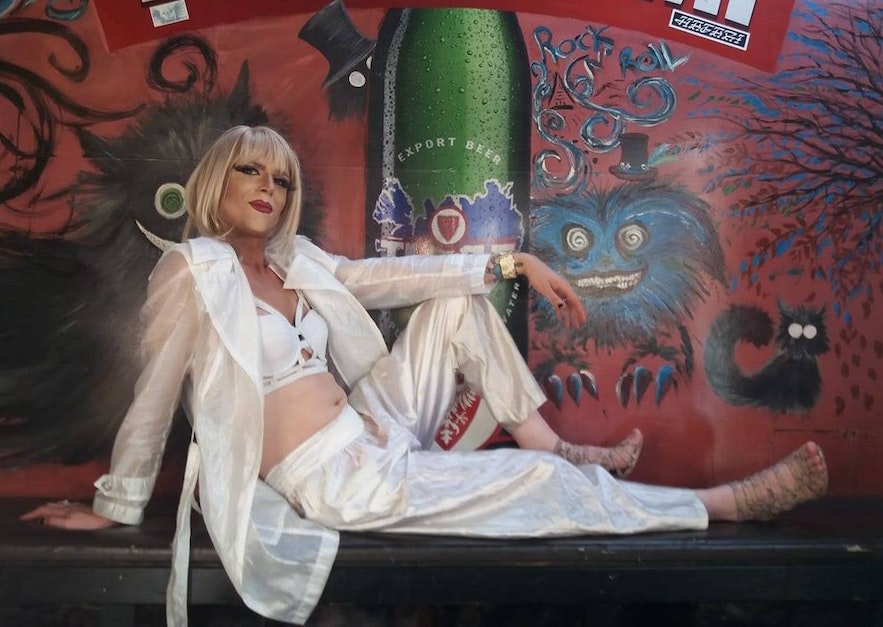 The third reason why you should be thrilled about the armament of the police is how much edgier it will make Reykjavík. Phrases such as ‘guns lead to more guns’ and ‘armed police will lead to shoot-outs’ are being used to dissuade people from having SWAT teams on the streets, but are having the opposite effect. I want to feel like I’m living somewhere punky and current, like Brooklyn or east Raqqa, and the sounds of gunshots, explosions and sirens at three in the morning will really help me build that illusion.

Another reason why the police should obviously be armed is because of the lack of ethnic diversity in Iceland. They probably wouldn’t get into any of those naughty escapades they get up to in the United States, the UK and Europe. Any accidental shootings are likely to be of a white Icelander, and the mantra is ‘Black Lives Matter’, not ‘Crap Lives Matter’. 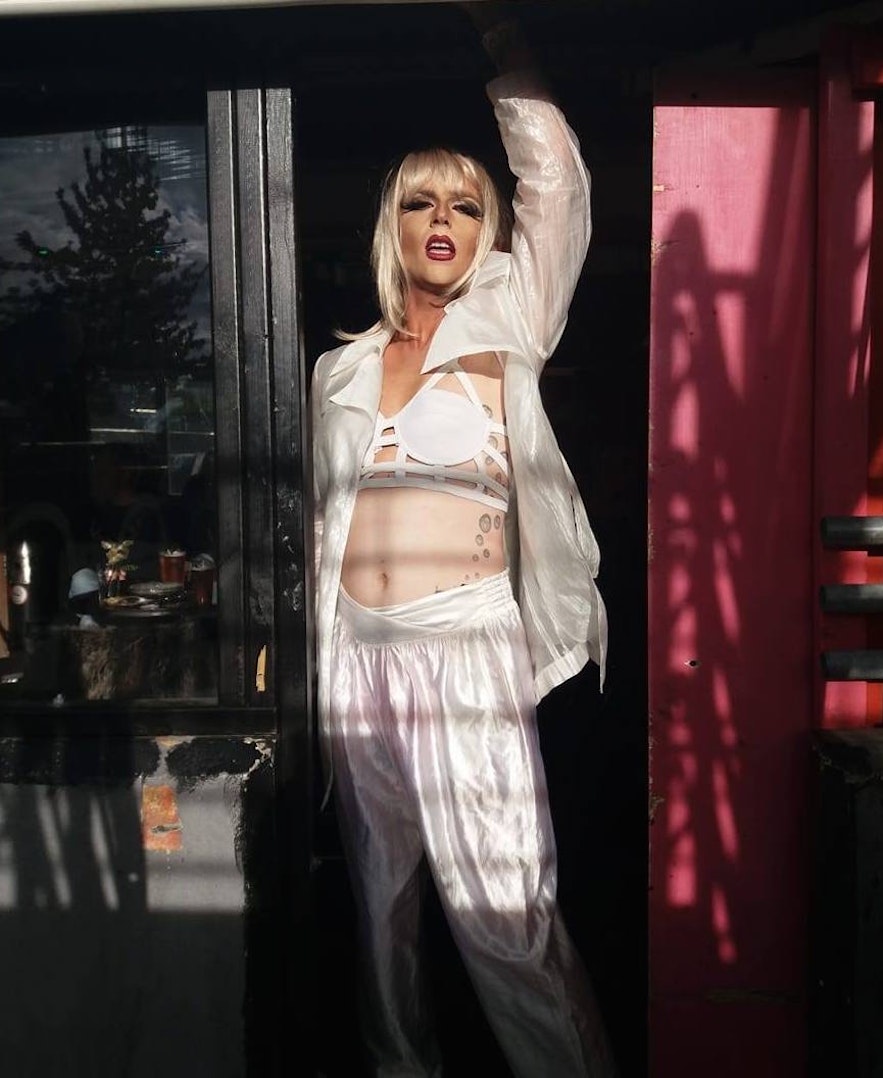 Seriously, you should research that mess.

As compelling as the points above are, there are two sides to every debate, with the obvious exception of whether or not Caitlyn Jenner is an inspiration who overcame all odds (she is, but only for bad drivers). Read these five persuasive points against the arming of the police in Iceland.

1) Reykjavík could do with an explosion 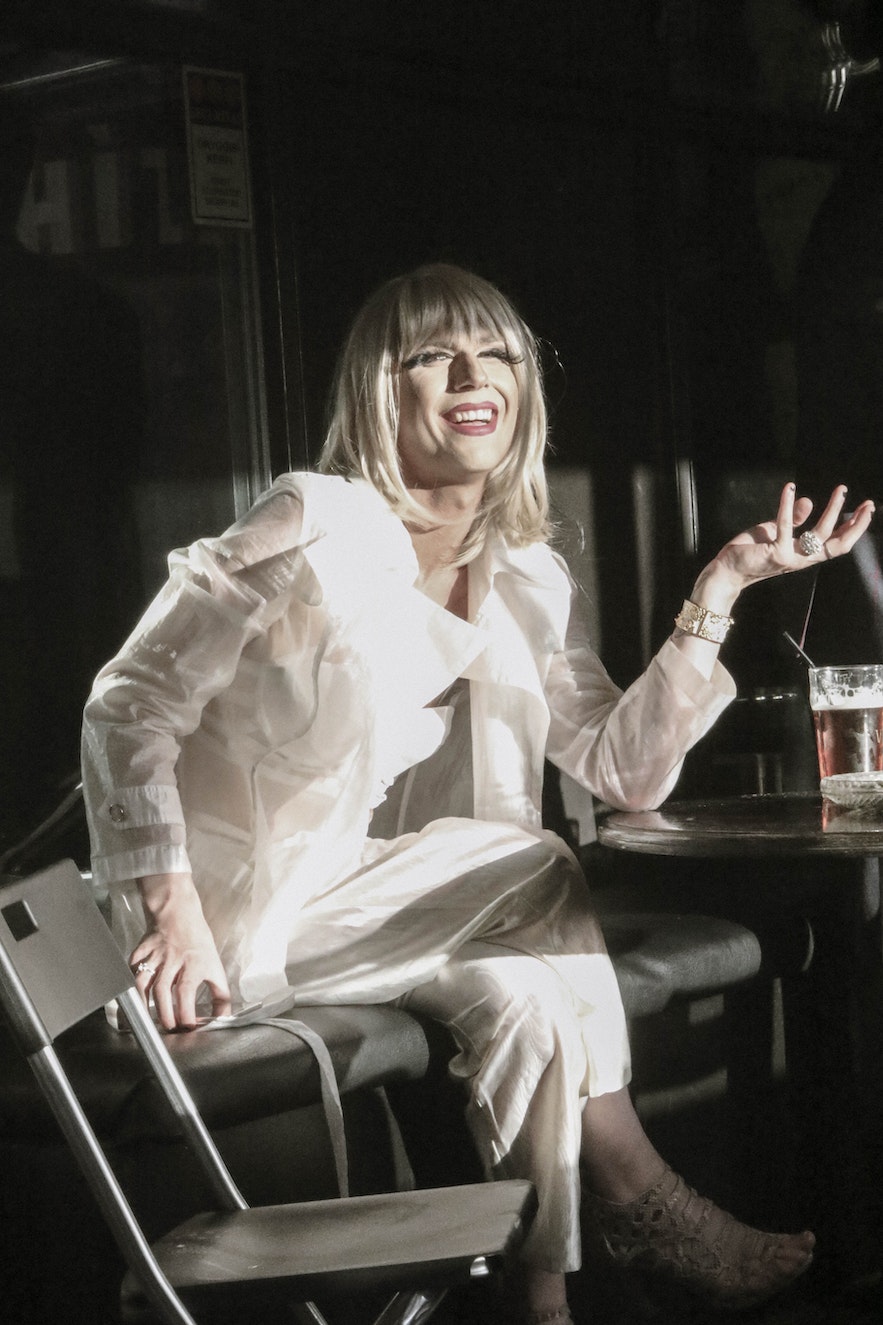 My main argument against the arming of the police is that armed police could actually do their intended job and stop a terrorist attack in Iceland. If an explosion were to go off downtown or in the main street, it would probably damage a load of those hideous buildings beyond repair, and Lord knows they could do some remodelling. When places like Níce get attacked, it’s such a tragedy, because they are already so pretty; maybe if we could get some of that destruction this way, Iceland would have a reason to want to stop terrorism.

It is also a little embarrassing that Reykjavík has not yet been given the legitimacy as a modern Western city that comes with enduring a terrorist attack. It shows that Al Qaeda, ISIS, or any other terrorist group like Greenpeace or PETA, do not see Iceland as an important enough country to strike, and that’s rubbing a raw wound for a country that has never won an Oscar or an Olympic Gold.

2) The police are too restrained 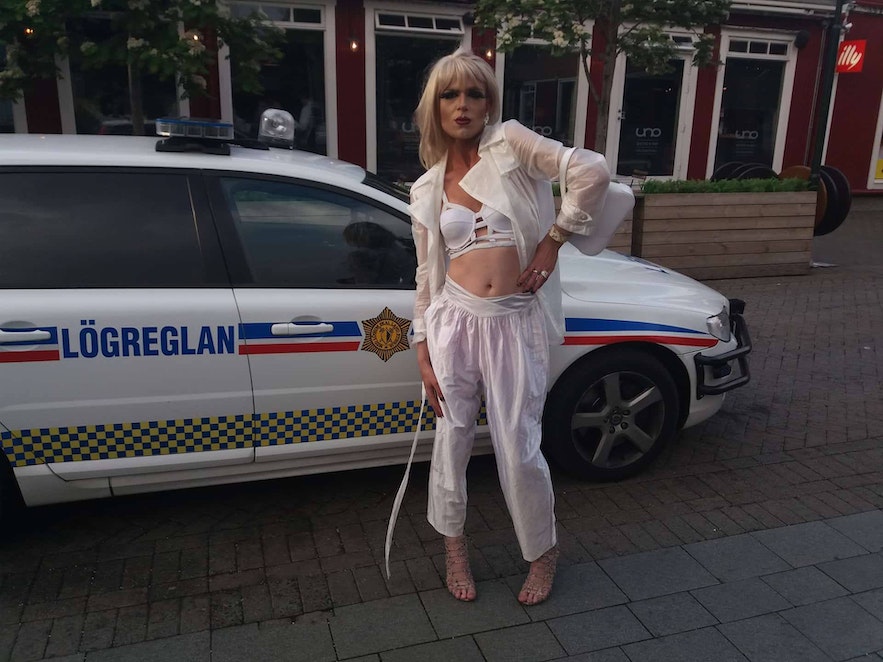 Another reason to be against the arming of the police is the failures they displayed over the past weekends. At the football game, there were hundreds of drunken louts; at Secret Solstice, there were thousands of drug-addled festival goers. These are two of the most annoying groups of people in the world, they were all incredibly vulnerable, and not one member of the police decided to cull them. What does ‘Serve and Protect’ even mean anymore?

3) It scuppers my personal plans

While I was at university, I took an optional training course in Syria where I started on what my tutors told me to call a ‘public art project’, which I intend to debut somewhere in the West. I’m not saying armed police will ruin it, but they might make it more difficult, or stop it before I get to the end. That would suck because I’ve put years of work into making sure the ending is as dramatic and explosive as possible. You guys really shouldn’t miss it so be at Harpa Concert Hall on July 16th. 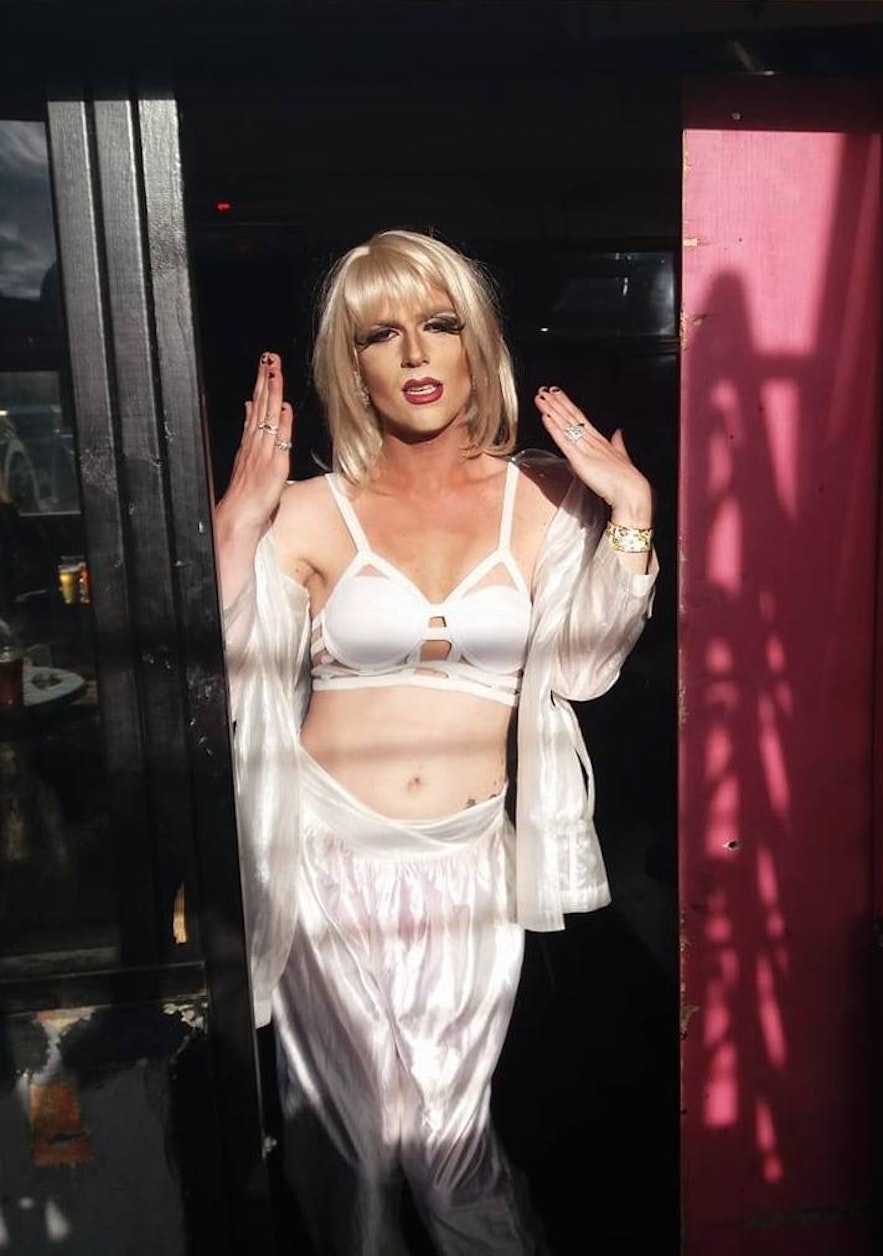 The Icelandic Police have a very popular Instagram, which they update with cutesy pictures of them helping cats, between incidents of dragging refugees out of churches and deporting 8-month-olds. Guns in those pictures may damage this very useful propaganda tool, although it would also give the page a cool, Mad Max-y, dystopian-future kind of vibe.

5) How can they even hold guns? 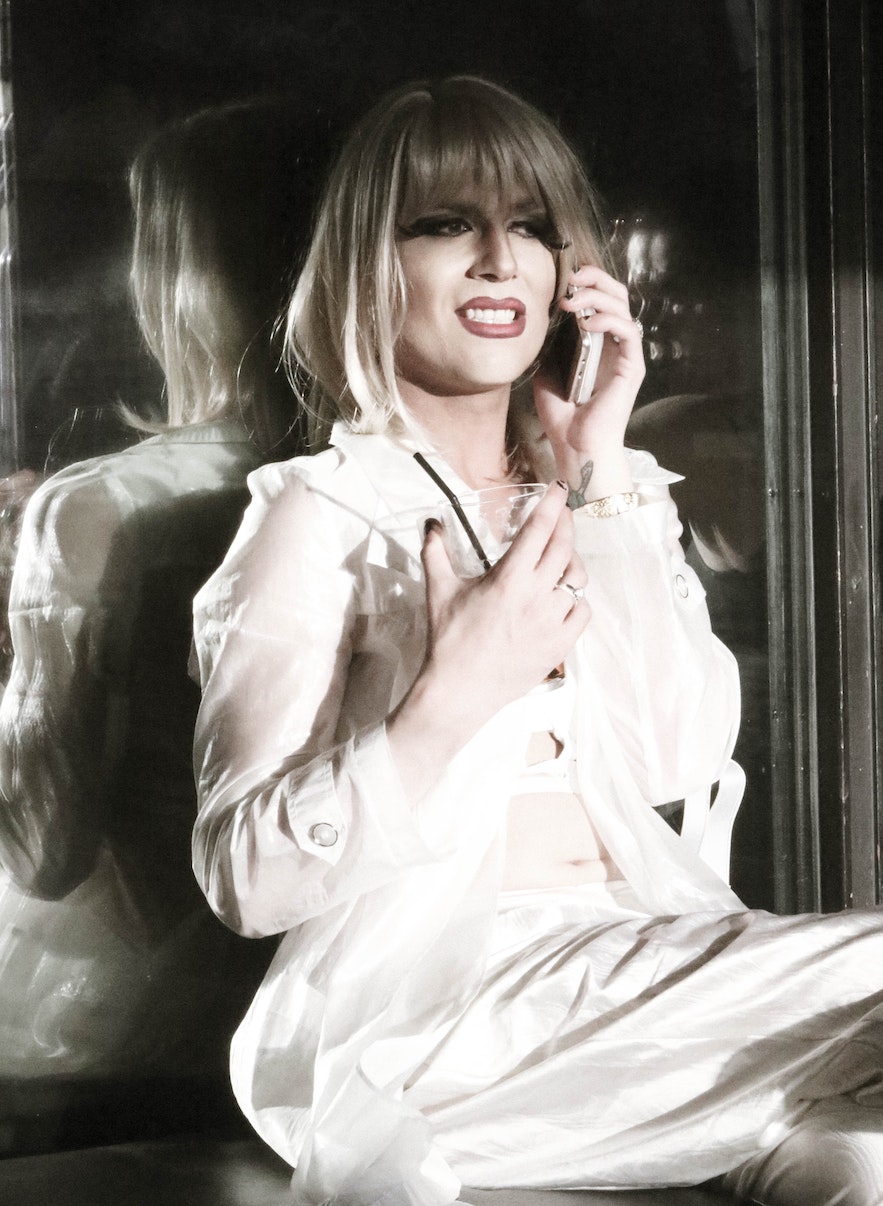 Pigs do have the intelligence of a three-year-old, can solve basic puzzles, and have been shown to enjoy playing video games, but they have trotters instead of hands, so may struggle in gripping a gun correctly. I don’t really know the logistics, maybe they use their pig mouths or something, but I struggle to get it.

It’s a shame that there are no humans on the force to hold the guns, but it’s just a sad, absolute fact that becoming a cop immediately and irreversibly turns you into a snorting, filthy pig forever and ever and ever.

Weighing up these arguments, I was erring very much on the side of armament. However, after asking two officers for a picture, and being refused before writing this paragraph, I radically changed my mind. 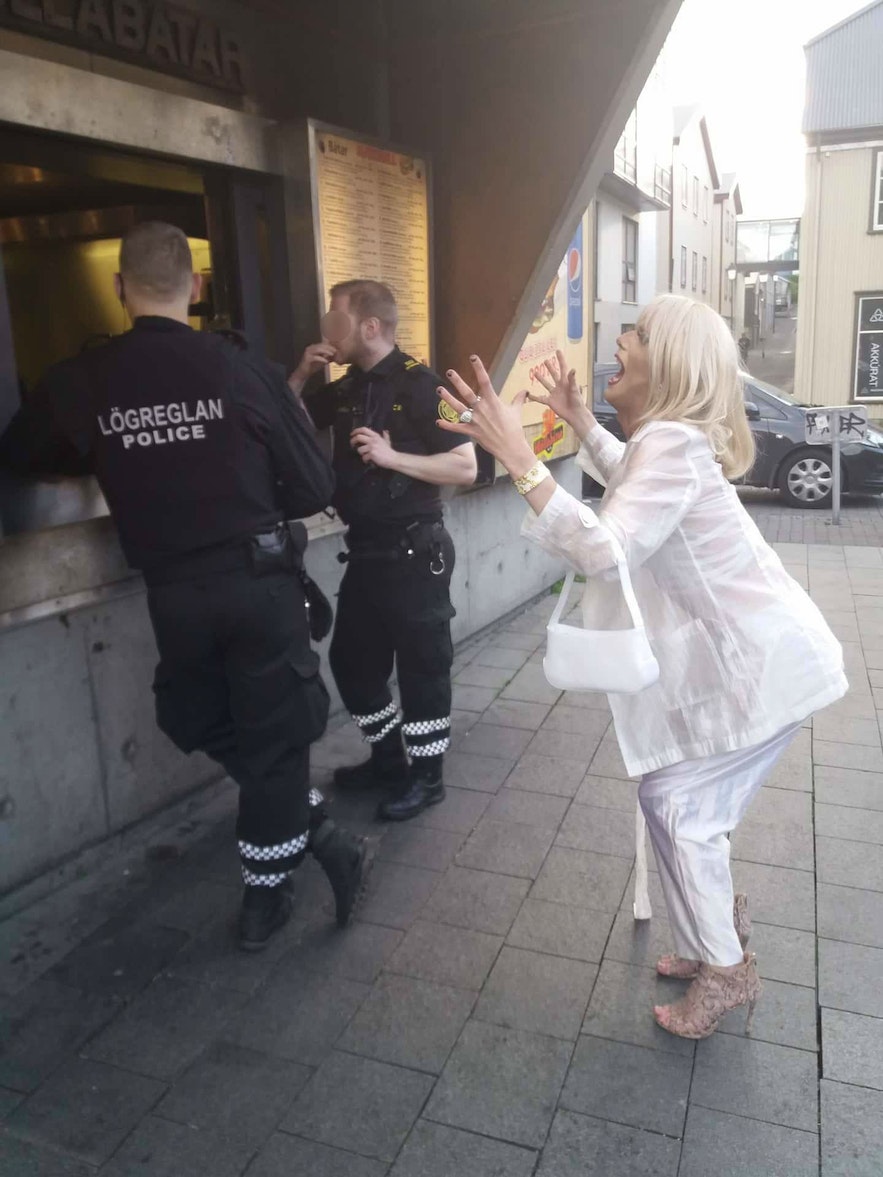 Arming the police in Iceland is absolutely ludicrous. Seeing weapons on figures with power evokes fear, fear creates distrust, and distrust causes violence. Iceland is letting in a pathetic trickle of refugees who are highly vetted, its Muslim community is ingrained in the general populace, and while it’s just as vulnerable to Christian anti-abortion terrorism and nationalist anti-immigrant terrorism as everywhere else, we all know it’s not about that. Because those people have back-stories, children and nice college pictures. 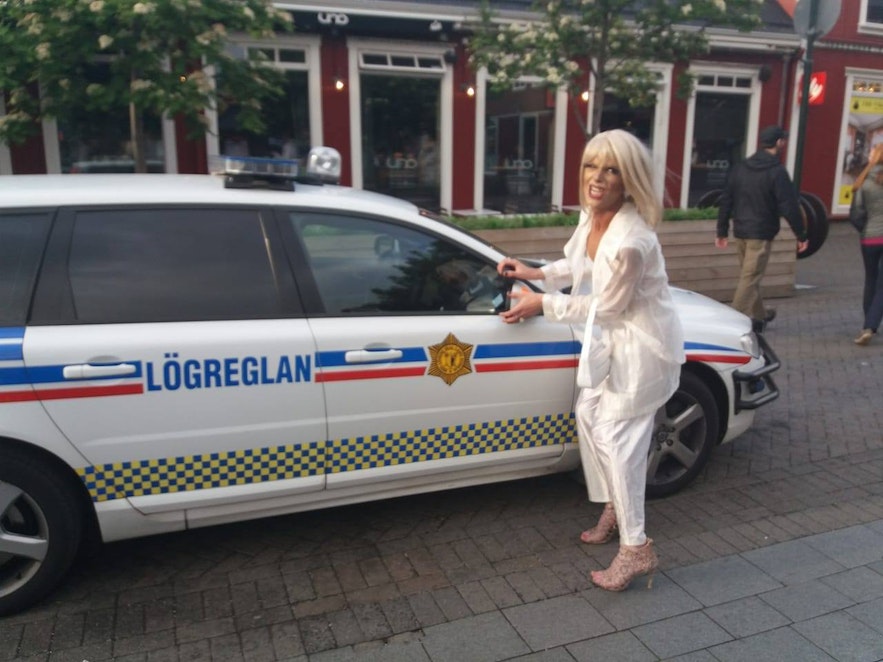 Do not get me wrong; I’m all for Icelanders killing each other. They can kill each other until there’s just one left, and I’ll be happy to finish the job. But while I’m still here, please can we not make this hell-hole more even more hellish. Arm the police, sure; just wait until I’ve left.

And if the police are reading this, and want me to take it down and start terrifying readers about terrorists under their beds instead, first you better take the damn photo and drop all the charges.