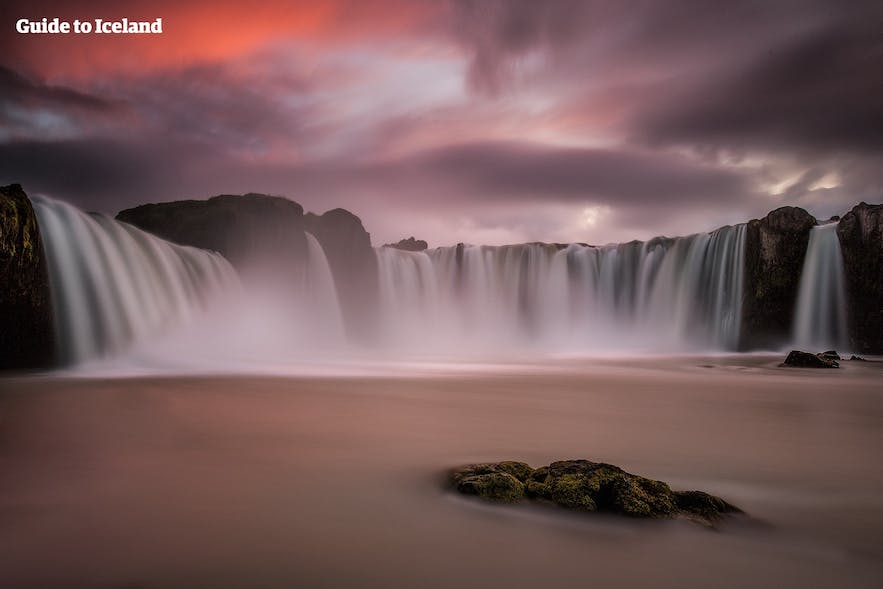 Iceland is a country full of potential. It has powerful glacial rivers and is seething with geothermal energy; it has vast expanses of land full of untouched nature; and it has a corrupt, money-hungry government desperate to make a quick buck. When you put all these facts together, you should come to one conclusion: Iceland is ripe for exploitation.

And yet, in spite of all promise, Icelanders’ penchant for failure comes to the forefront once more. Iceland has barely invested in the heavy industry that could turn their country from an empty wasteland into an industrial wasteland, and it’s almost as much of a national embarrassment as that headache of an accent. 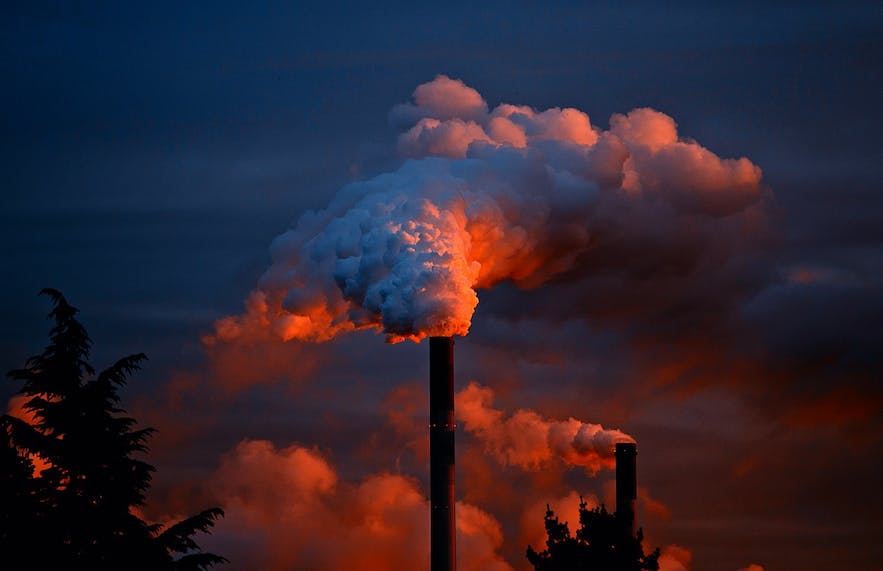 This can be best proven with facts. When it comes to environmental statistics, Icelanders are losing badly. They have the worst scores recorded across the world when it comes to light pollution, noise pollution, and water pollution. They are even at the bottom when it comes to air pollution, and that statistic takes into account the constantly erupting volcanoes. Regarding fossil fuel consumption, they are equally pathetic; the USA and China burn 1.63 and 2.03 tonnes of coal per capita respectively, whilst Iceland uses a meagre 0.42.

Some people have tried to bring Iceland’s contributions to environmental degradation up to international standards. It has massive hydroelectric dams; it has an enormous silicon plant; and it has three aluminium smelters. Around these areas, its contributions are much higher. The amount of fluoride in the grazing areas around the smelters is comparable to some of the most polluted areas of Eastern Europe, and we all know how good fluoride is for the teeth.

And yet, there are no current efforts to bring this level to the same heights across the rest of the country. 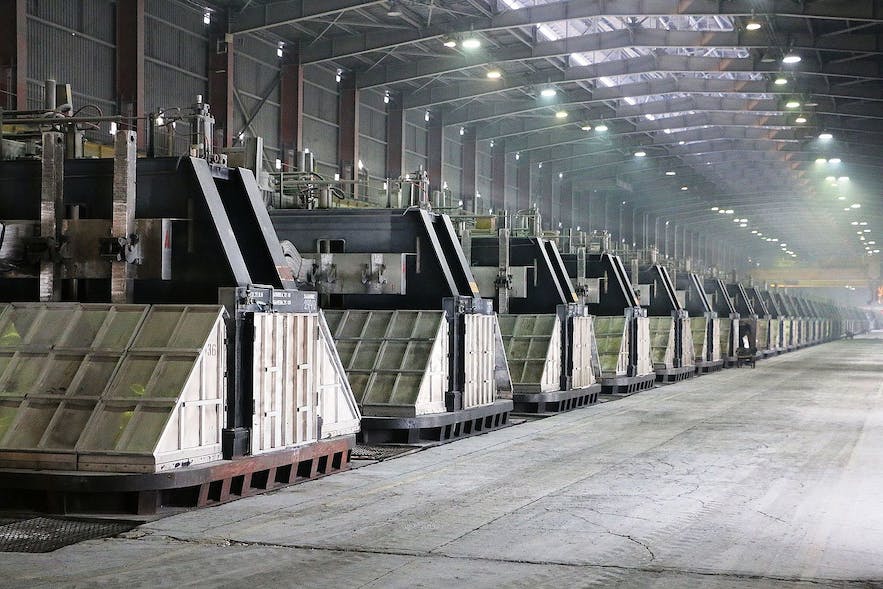 The reason for this is sadly very obvious; Icelanders are selfish. Regardless of what exploiting its vast nature would do for the country and world, people rally against any innovative new project based on self-obsessed reasons. ‘My horses are covered in lesions and tumours,’ they whine. ‘My tap water is coming out black,’ they moan. ‘My children are developing serious respiratory problems,’ they weep.

At this crossroads in Iceland’s history, the country has one of two paths to take: ecotourism, or heavy industry. Read ahead for nine compelling reasons as to why the latter choice is the only choice.

1) Heavy industry brings us closer to a warmer planet. 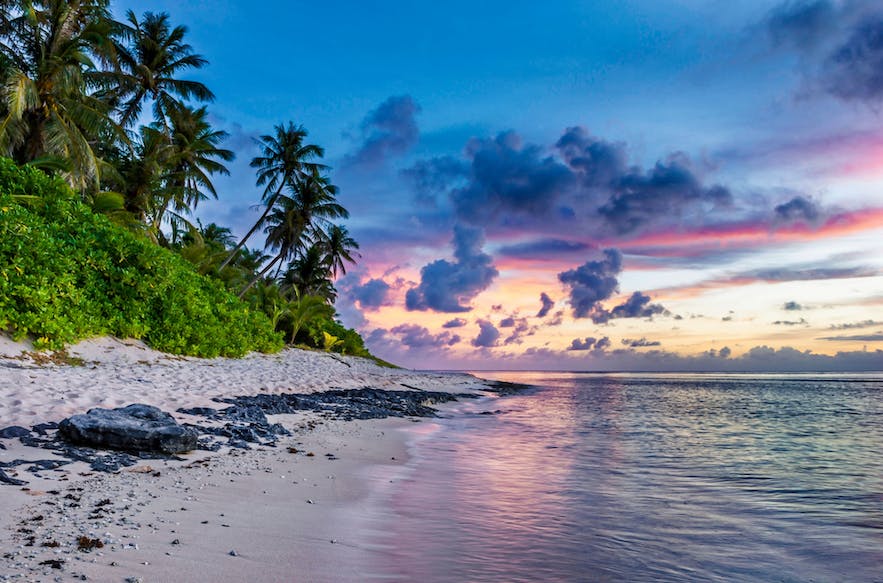 Iceland is a freezing and miserable hellhole, all year every year. Everyone complains about it, yet no-one does a thing. Heavy industry could change all of this.

Without heavy industry, Iceland would burn zero tonnes of coal. This is well within the Paris Accord of keeping temperatures from rising 2 degrees over the next Century, but who wants to keep within those limits? Reykjavík’s average yearly temperature is a measly 7 degrees; who would be angry if that became 9 degrees? Hell, who would be angry if that became 25? Global warming means longer summers, closer beaches, and the drowning of Paris. Where is the problem? 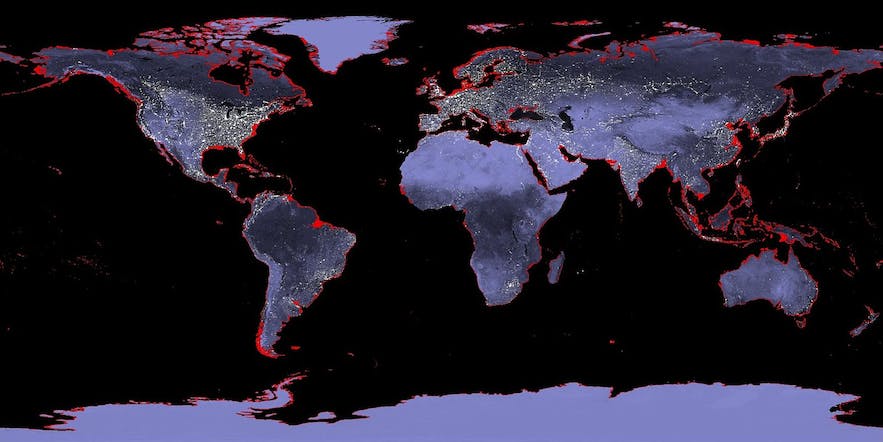 Utilising heavy industry to help raise global temperatures will not just benefit Iceland; it would be a gift to millions across the globe. Think of all those poor Greenlanders, freezing on that rock. Think of tragic Siberians snowed into their houses. Think of how pathetic and terrible the lives of all Canadian people are.

When I encourage people to believe in climate change, I hope they take my words to heart and give it their full support. 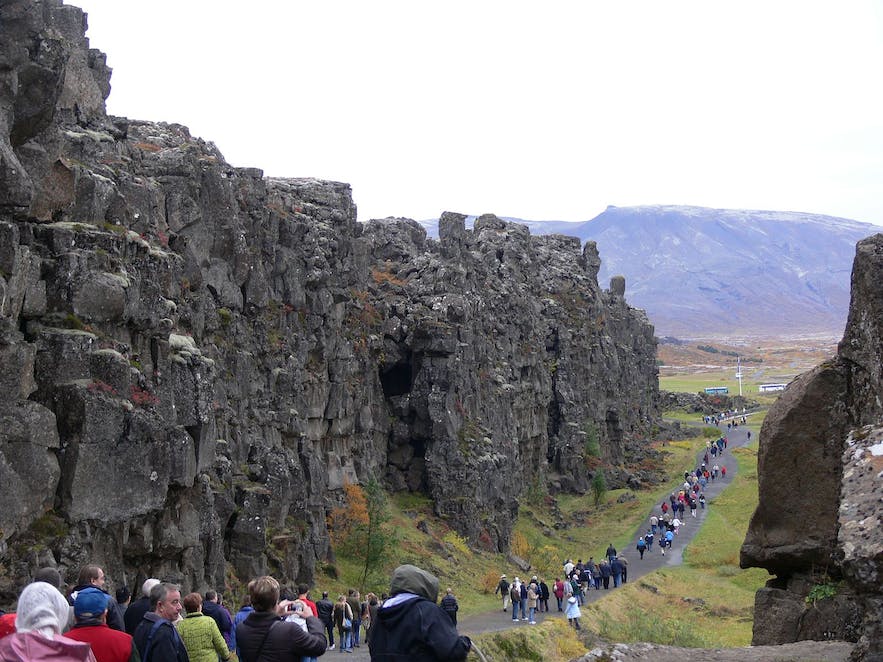 Icelanders are very whiney people. When they are not whining about heavy industry, they are whining about tourists. By allowing one to happen without so much complaint, however, they could help to stifle the other.

No one comes to Iceland to enjoy the culture of Reykjavík; the two words in the same sentence is a punchline in itself. Visitors come to do benign nonsense, like staring at waterfalls as if they have never seen a running tap before. A good way to stop them coming is to slap a big dam on every single one of them. 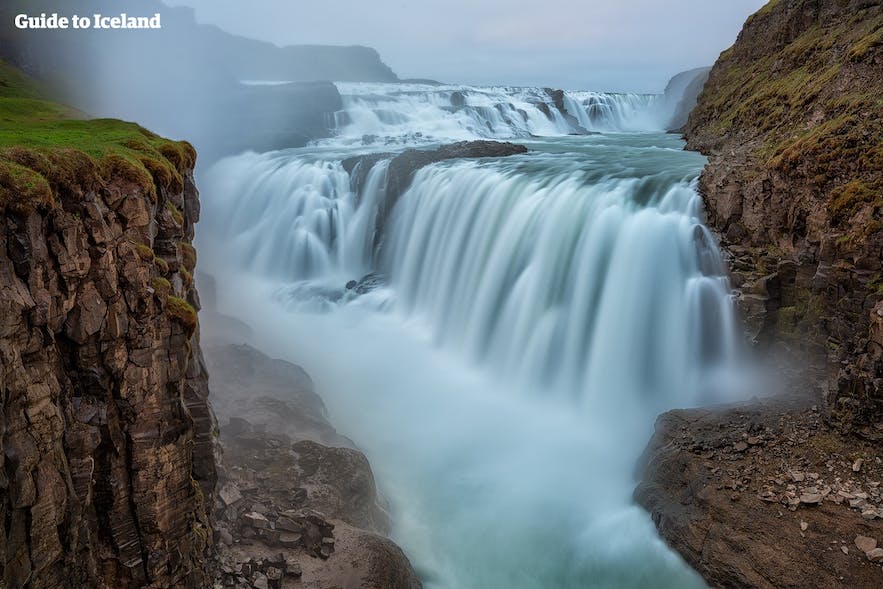 This almost happened in the 19th Century when British businessmen wanted to exploit Gullfoss, but because of Icelandic whiners, it was left untouched. Now look what’s happening; Golden Circle tours run every day from Reykjavík from hundreds of operators. This tour - named after the so-called ‘Golden Waterfall’ - would never exist with heavy industry.

Imagine that Iceland, an Iceland without natural attractions. Imagine the country with an aluminium smelter in Skaftafell National Park; with a plastics factory in the glacier lagoon; with a waste-disposal site in Landmannalaugar. Would you want to visit?

If Icelanders really want to stop attracting people to Iceland, they need to get rid of their attractions. 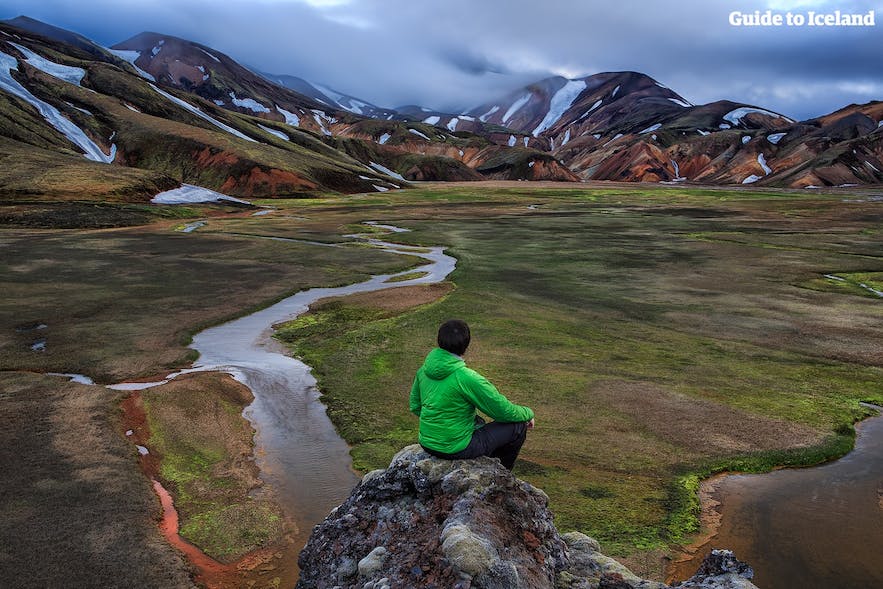 Aluminium smelters in Iceland are up to a kilometre long, yet Iceland has over 77,000 square kilometres of uninhabited space. Complete emptiness. This makes me think: where is the ambition? 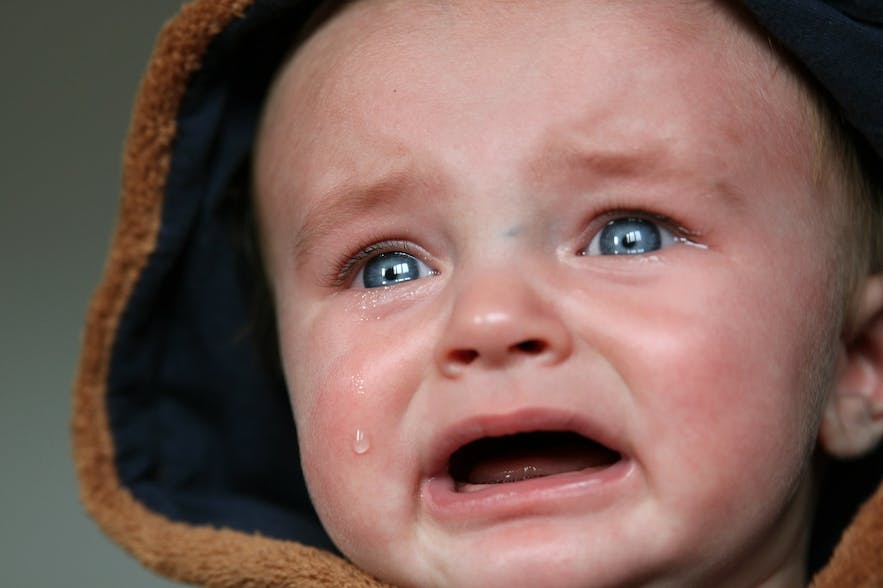 Just trust me when I say that their misery is the rest of our gain. 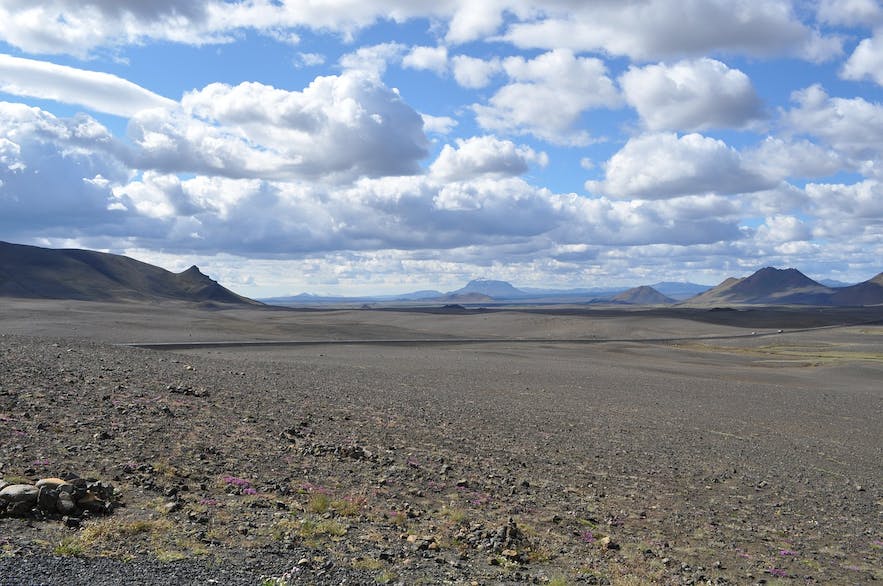 Icelanders have a long, long history of exploiting their environment and attempting to irreversibly damage the planet. Viking settlers turned this from a country covered 60% in forest to one completely barren. Icelanders were willing to wage war with the British to exploit as much of the oceans as they could during the Cod Wars. Still today, they are looking to shorten the endangered species list with their constant whaling.

Heavy industry could do more damage to the planet than all of these things combined, yet after starting a millennium-long effort to destroy our environment, it seems they are ready to give up. I probably should have mentioned above that Icelanders are notorious quitters. 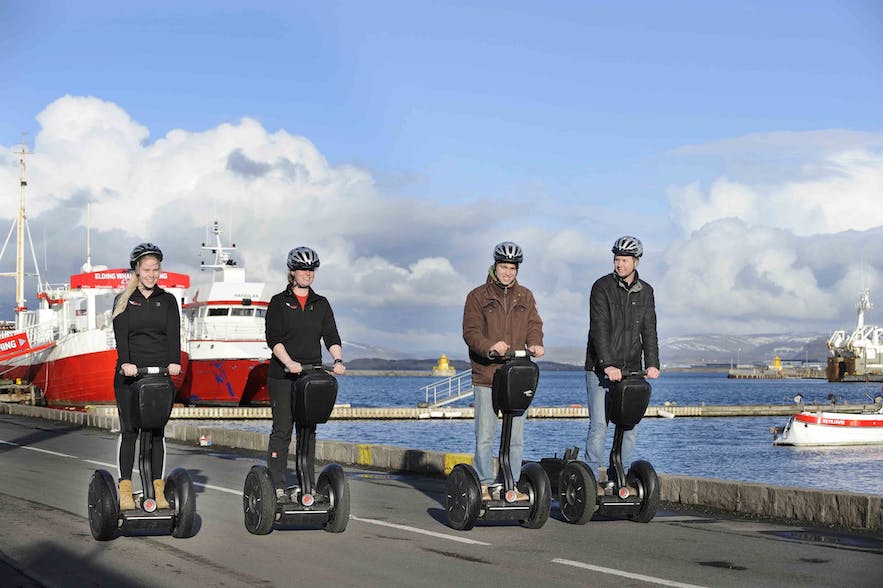 Photo from Segway Tour of Reykjavík

If Iceland decides to focus on another industry, it will go in the direction of computing, apps, and programming. Which means one thing. It will bring nerds.

Greasy faces. Neckbeards. Receding hair in ponytails. Glasses. Iceland’s population is tragic enough without allowing an influx of the world’s grossest demographic.  There are enough of them already fiddling with themselves through their pockets on Game of Thrones tours; we don’t need any more.

8) Heavy industry is in right now 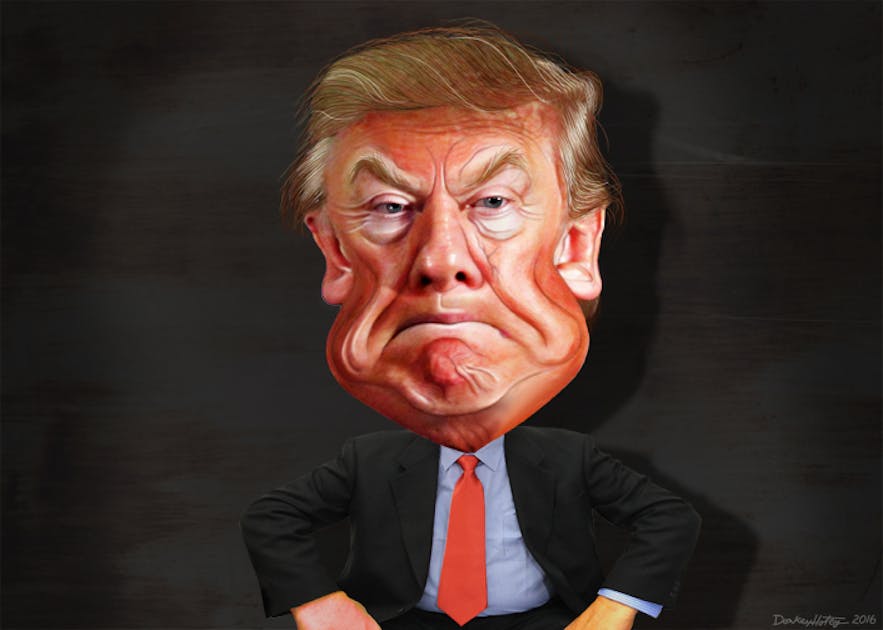 With Donald Trump pulling out of the Paris Agreement, there is a new global movement back to a different era. Diving head-first into unsustainable, barely profitable directions is finally edgy again, and gets you weeks and weeks worth of international attention. Iceland has no identity of its own on the world stage, so why not make a name for itself by jumping on this cool new trend of isolationist, environmental destruction.

9) Heavy industry provides us with Silicon

One of the biggest factories in Iceland produces silicon, and the arguments against this make me sick. The world has a beauty standard, and standards exist to be maintained. If silicon production would be high enough out here, all of us could be spared of ever looking at anyone who does not fit the mould of having perfect good looks and a conventional body type. 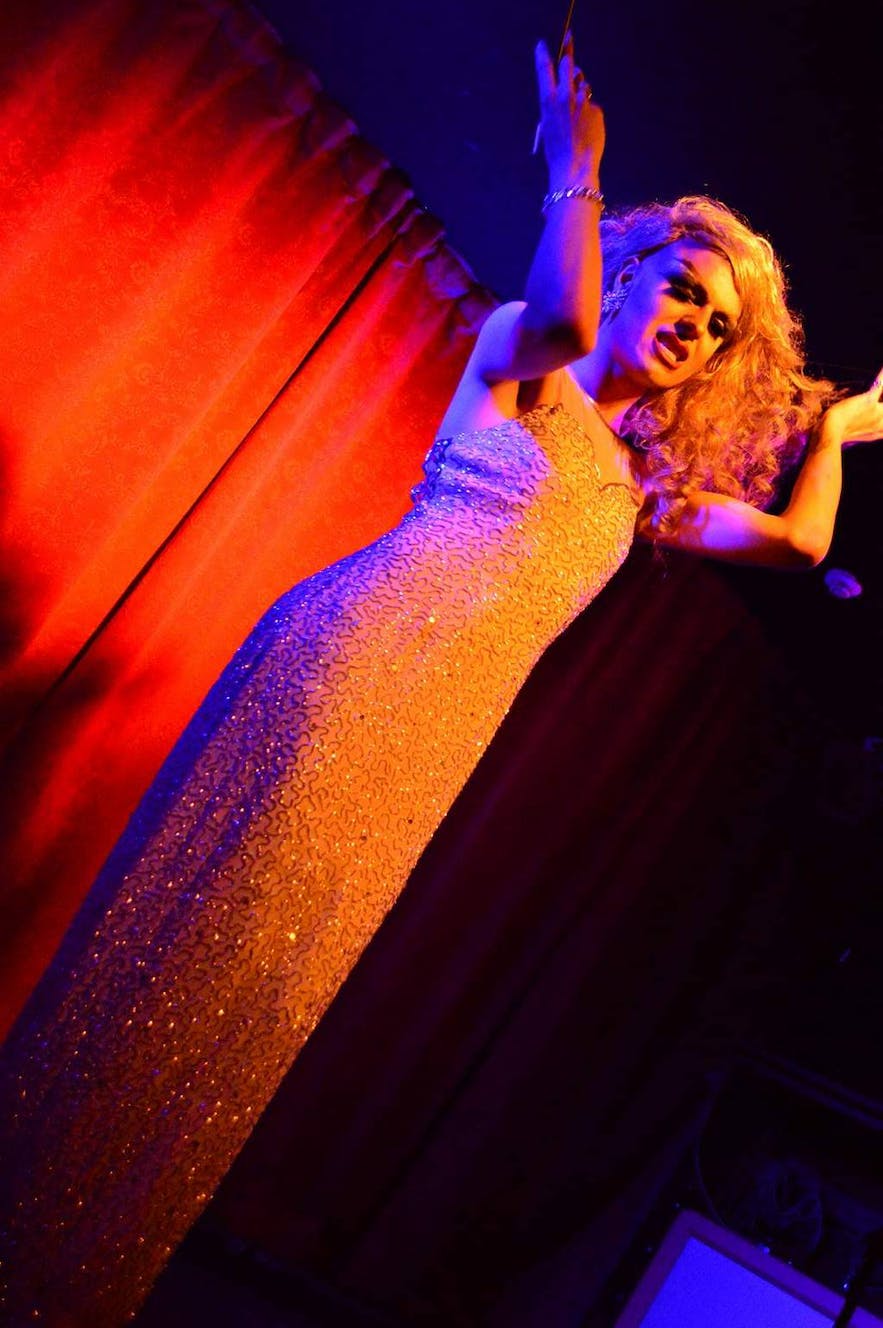 To conclude, Iceland is ripe for exploitation; the people just need to change their frame of mind and embrace it. Icelandic author and filmmaker Andri Snær Magnason says Iceland is on its way to ‘heroin economy’, and we can only hope he will be right. As soon as Icelanders invest in heavy industry in full force, they are sure to absolutely love it, and will keep trying it again and again and again, until they can never go back to how they were. All they need to do is give a proper try.