Iceland is the only country in the world that killed more men for witchcraft than it did women. Icelandic women are now the most enfranchised and powerful on earth. Coincidence? I think not.

With a combination of sexuality, screaming and sorcery, Icelandic women have been fast gaining power, and now pose a legitimate threat to the time-honoured patriarchal system. In fact, multiple sources for years have cited Iceland as the world’s most gender-equal country, but with the rapid advancement of one side, the balance seems set to tip over.

As someone who is extremely clearly a naturally-born biologically female woman without question, and as someone with a burning need to grasp as much power as possible, you would think this would please me. 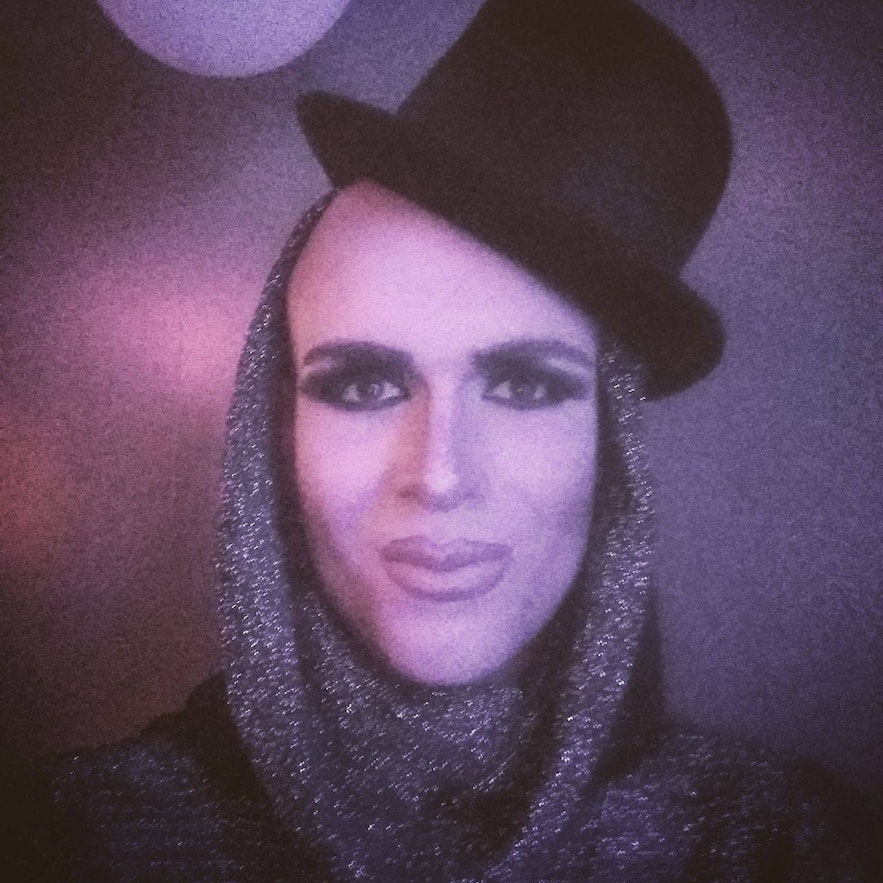 As can be clearly seen, I am a beautiful woman with enormous breasts and long blonde hair.

However, I find women as a whole rather jealous of me, and don’t understand how I would sleep my way into getting dinner tonight if we were to live in a matriarchal system.

No; very clearly, the idea of feminism in practice is a terrifying and dystopian one. Icelandic women are threatening the very foundations of a society based on gender violence, and I for one am not having it.

Continue reading for the five reasons why Iceland should reconsider its reckless rush towards common-sense social justice.

Gender Equality Makes Women Jealous Of Each Other 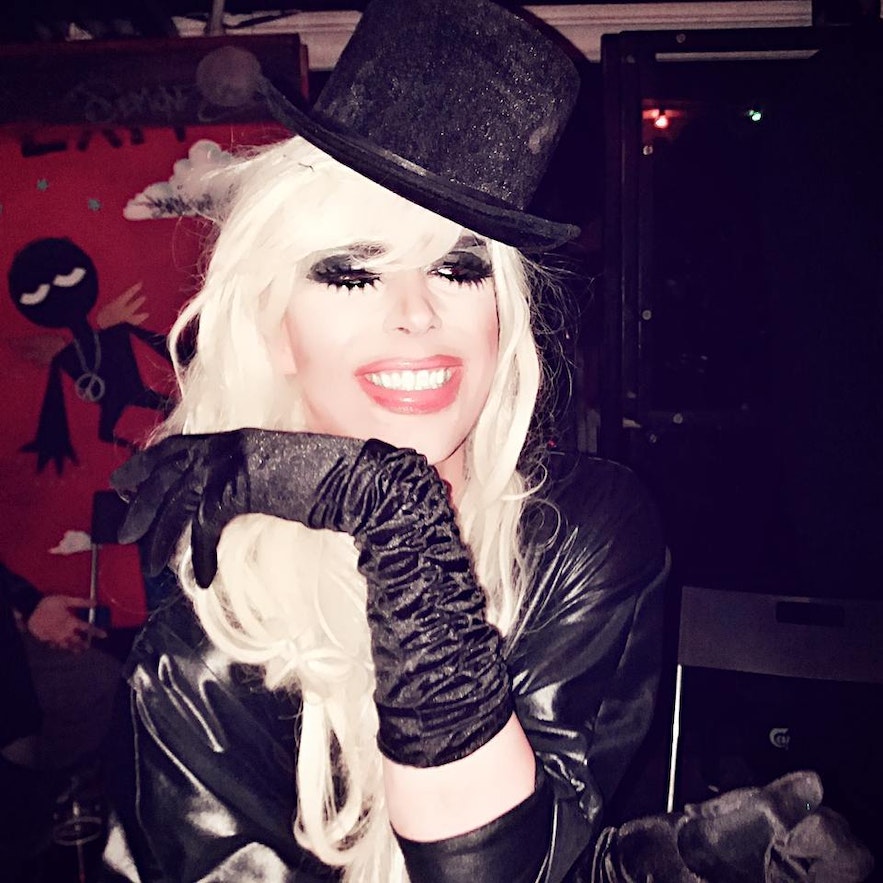 Especially other women, I find.

Women are naturally jealous of each other because as all media informs us, our bodies are intrinsically flawed. Men will only love us if we work tirelessly to improve them and convince our sisters that their own efforts are futile.

We are jealous of each others’ hair, figures, clothes, lifestyles, youth, and now, women from outside Iceland have another thing to be envious of: our rights.

Icelandic women have higher employment rates than any other OECD country; 10% more women in Iceland have university degrees than their EU counterparts; 20% more are in the job market; and they have 20% more representation on company boards. 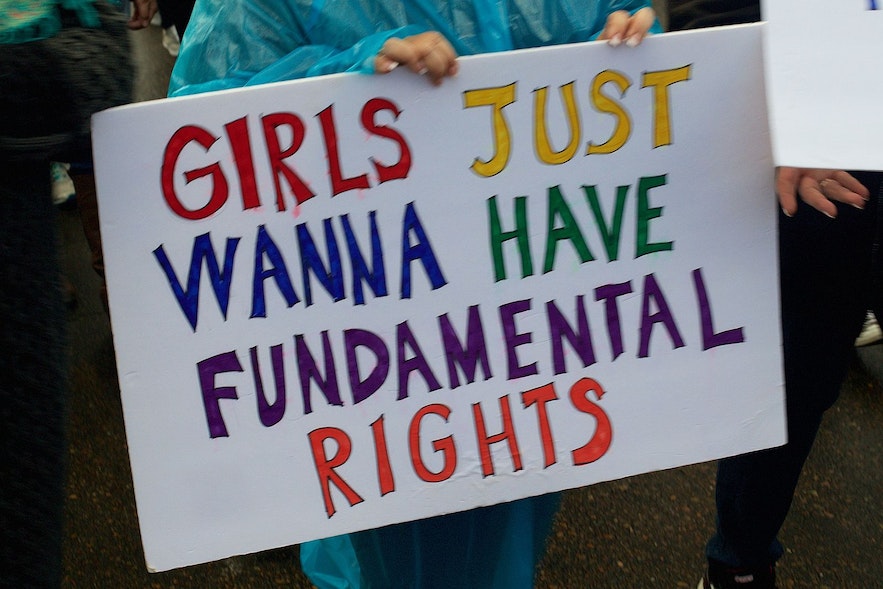 Speak for yourself, I just want a burger.

Is this fair to women outside of Iceland? How do you think it makes them feel? Wouldn’t it be kinder for women here to take a step back, and wait until the rest of the world catches up?

If we all match the pace of, say, Saudi Arabia, then women worldwide can look at each other as equals. This will also help prevent us being jealous of each other’s bodies, although I will still ridicule anyone with a supermarket abaya rather than a Dior one.

It also means that if you are a woman who breaks any of the new rules, you will be punished with getting stoned. As someone who is getting stoned right now, I can assure you as far as punishments go, it’s pretty great.

Icelandic women, as is well documented statistically, are much lazier than men. Not only do they work an average of six hours less a week, they are notorious for taking random days off.

Since the 1975 ‘Women’s Day Off’, during which 90% of Reykjavík women abandoned their work and home duties for a street party or something, they have routinely used October 24th to bail early.

They also have a habit of taking months off a time for needless reasons, such as being a vessel for new life. A consequence of them getting more powerful is that this slovenly behaviour is bleeding into the male populace.

Icelandic fathers are now granted three months paternity leave, the same as maternity leave; both parents are also given three months they can share. This means that one parent can take up to six months holiday just to raise an Icelandic child, a pointless exercise as they will turn into a babbling heathen regardless.

If Icelanders are to work less, then who will provide the world with their admittedly unique exports, such as puffin flesh and Björk’s airport security service? Icelanders may have very little to contribute to the international community, but what they do have to offer they might as well do with a little effort.

Gender Equality Makes Other Women Think They Are Better Than Me 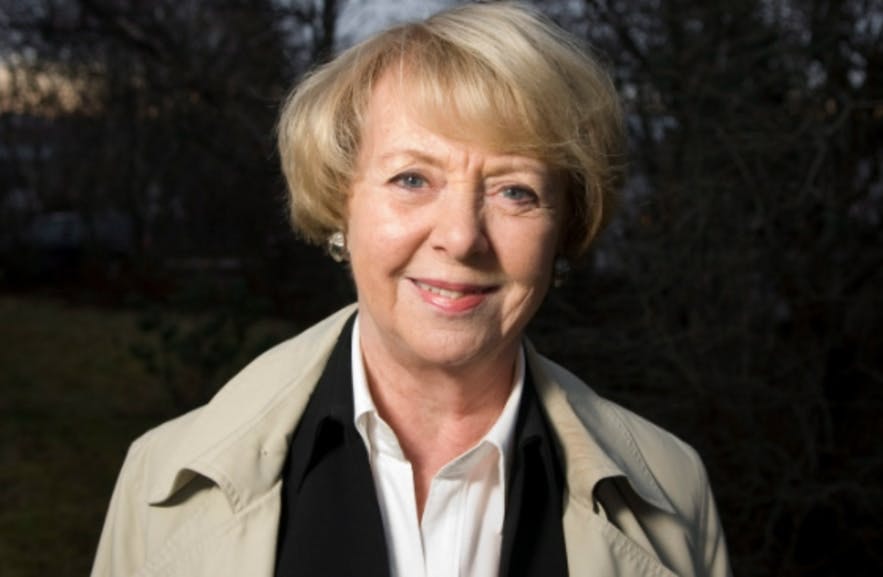 The face of female empowerment is a face of smugness.

Iceland had the world’s first, and world's longest running, female head of state who was democratically elected; Vigdís Finnbogadóttir served a Putin-esque four terms from 1980 to 1996. Iceland was also the first country to elect an LGBT+ head of government; Jóhanna Sigurðardóttir drove her motorcycle to power in 2009.

Both women are considered successful leaders with little to no controversies and presided over periods of growth. Both also, I’m sure, feel very smug about their achievements, and need to learn some humility. 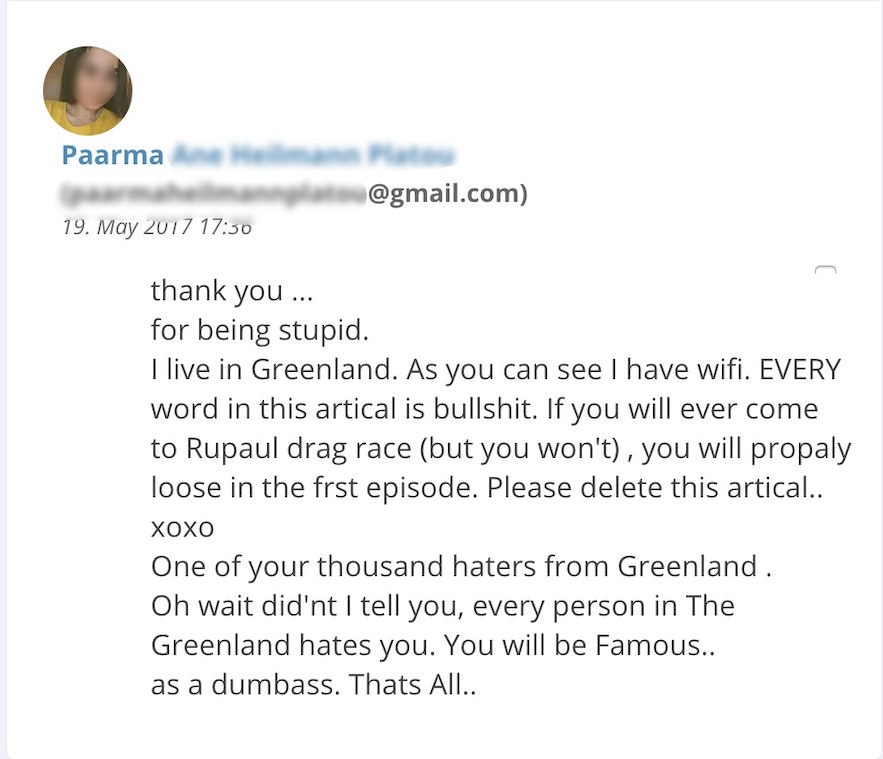 So long as I am famous. In response to my advice piece, Surviving the Horrors of Greenland

So we’ve all achieved stuff.

Gender Equality Can Be Exploited 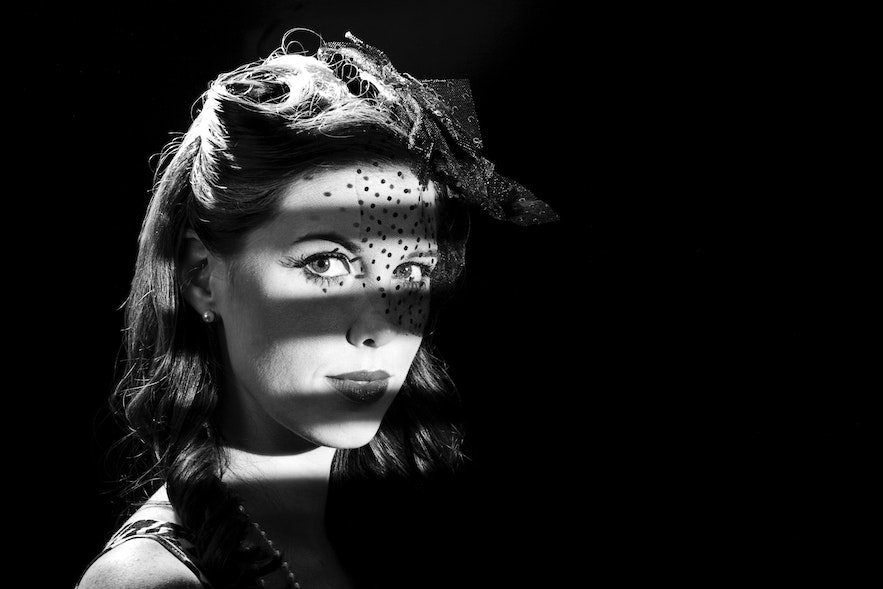 As is known from Film Noir, the Bible, and Monica Lewinsky's ongoing public career, women will exploit any situation for their own gain.

One foreign-born woman in Iceland is becoming known to the police for finding clients, taking their money first, then calling the cops to catch them halfway through the act (sometimes earlier, sometimes later, depending on the gentleman in question).

While this woman is nothing but a stunning entrepreneur helping to take deviants off the streets and afford life in Reykjavík, you see how the system could be manipulated by someone less pure-hearted.

Imagine, for example, some copycat Icelander stealing her idea.

Gender Equality Makes Us Do Things Men Could Do For Us 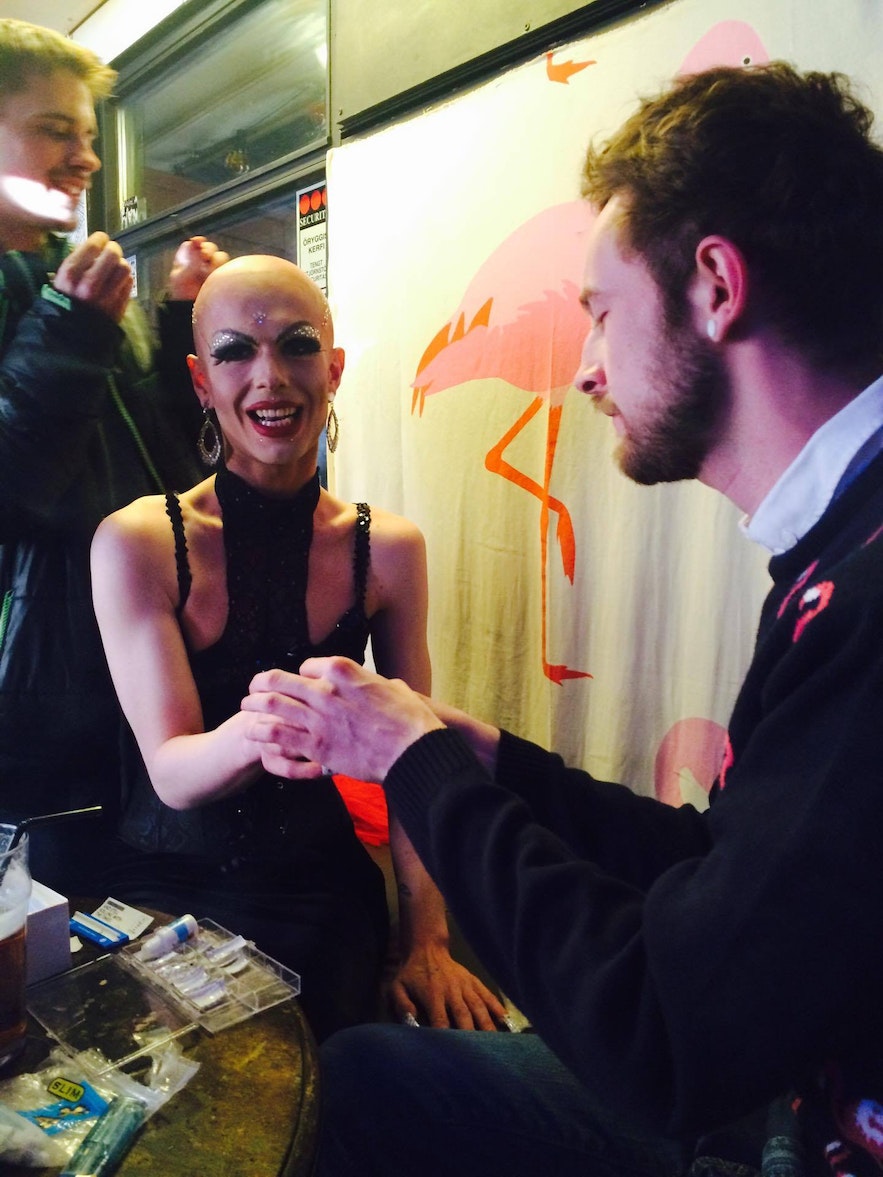 If women were more oppressed, we could expect men to do all mundane tasks for us, like putting our clothes on or deciding our reproductive rights.

Women in more oppressed countries have it easy. As soon as they get pregnant, they can expect to be dropped from their careers and ostracised from the employment market, allowing them to spend all day at home while the men make their money.

In Iceland, however, women need not choose between a job and a baby; it is common to have both. Gone are the days when a woman can sit back, not confined with the many pressures that come with economic freedom, and do the simple task of raising a squalling bundle of flesh into a functioning human being.

And I can tell you from experience that raising a child is no more difficult than raising a dog. If, of course, you raise the child exactly as you would a dog.

All you need is a bowl, a garden and a rolled up newspaper. 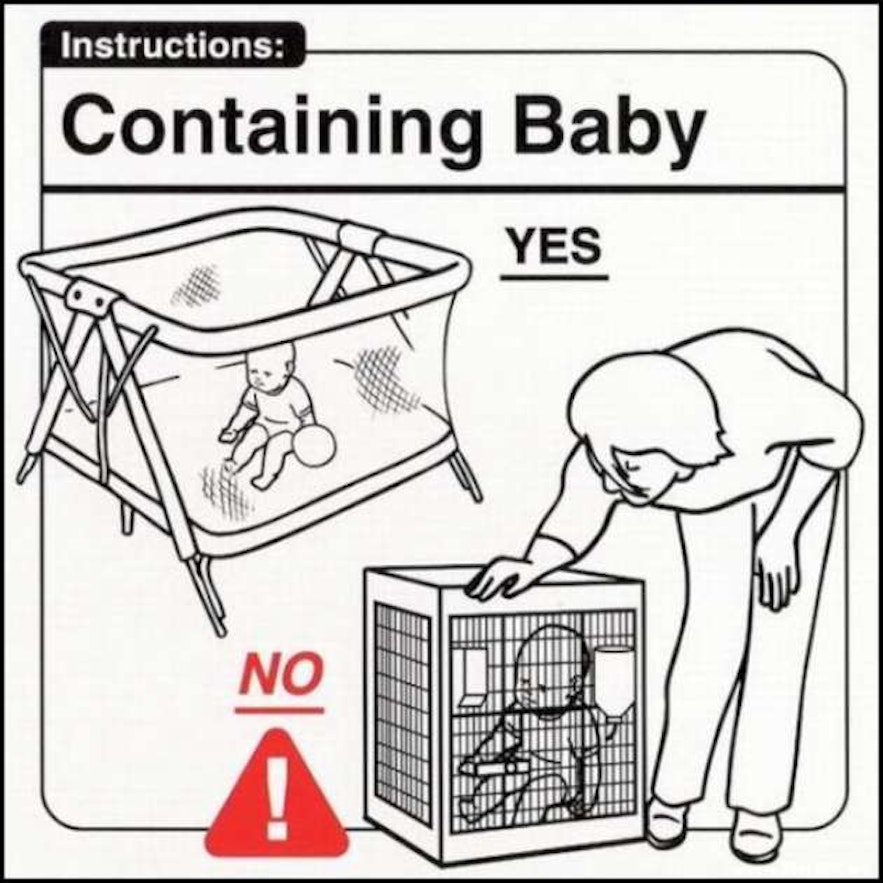 Fake News such as this make people consider parenting to be a job in its own right.

Thankfully, gender equality has not quite taken over Iceland yet.

Women are still paid 18% less than men for the same work, and at the current rate, won’t be paid equally until 2068; they still have to jump through hoops for access to abortion; they are underrepresented in political and managerial positions; they continue to contend with domestic violence, sexual harassment and assault; and they still have to pay extra taxes on luxurious goods such as tampons.

While progression is being made on these issues, some of the resulting legislation ends up oppressing women further. Punishments for stalking are some of the harshest in the world, which means we miss out on the flattery associated with being relentlessly pursued. Now we have to be satisfied with the occasional cat called compliment about our jean tightness from a construction site.

Furthermore, women are not allowed to strip for money or entertainment; regulating how a woman undresses, however, is little better than telling one how to dress. I for one will not be restrained from using my body as a commodity. 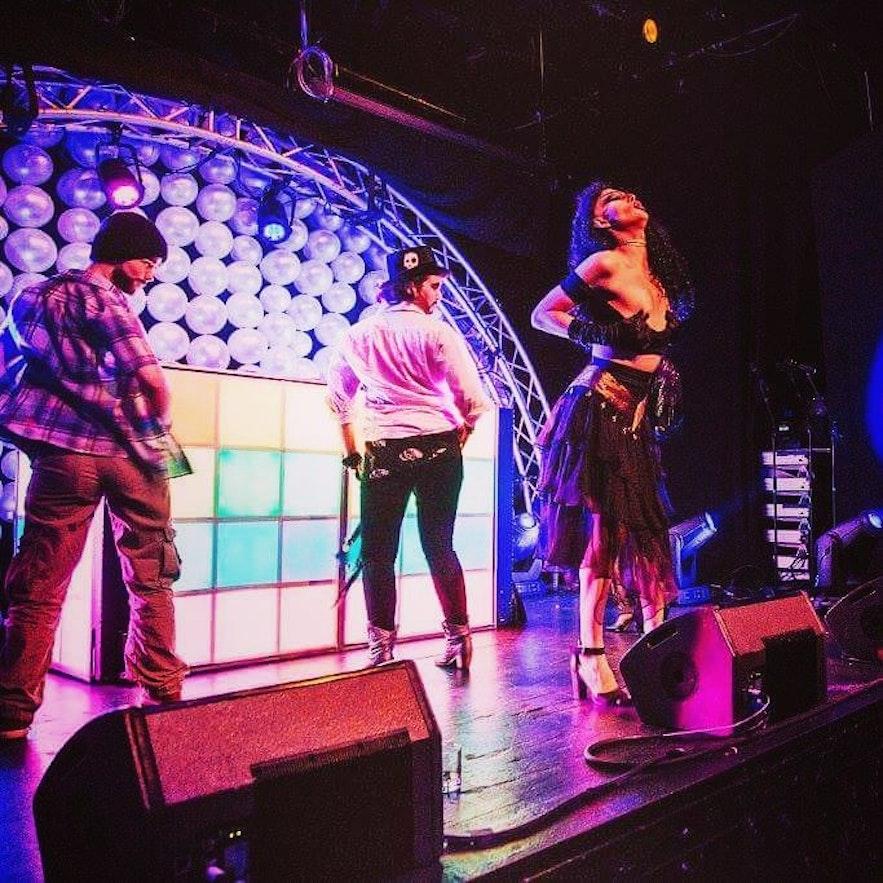 If you've got it, make someone pay you to flaunt it.

All in all, Icelandic women’s advancements are more than just suspicious. Some would excuse it as simply an example of feminism working, of strong-minded individuals who have fought and continue to fight for their sovereignty and freedoms through the democratic process.

Some would say it is the ethos of the nation, that bends towards respect and progression.

Some might even say Iceland is still a largely white, Christian, hegemonic society that does not have to deal with challenges such as the intersectionality of gender, race and religion, making the path to equality smoother than is possible than in more diverse places with other marginalised groups.

They are all wrong, however, because the reason is clearly witches. 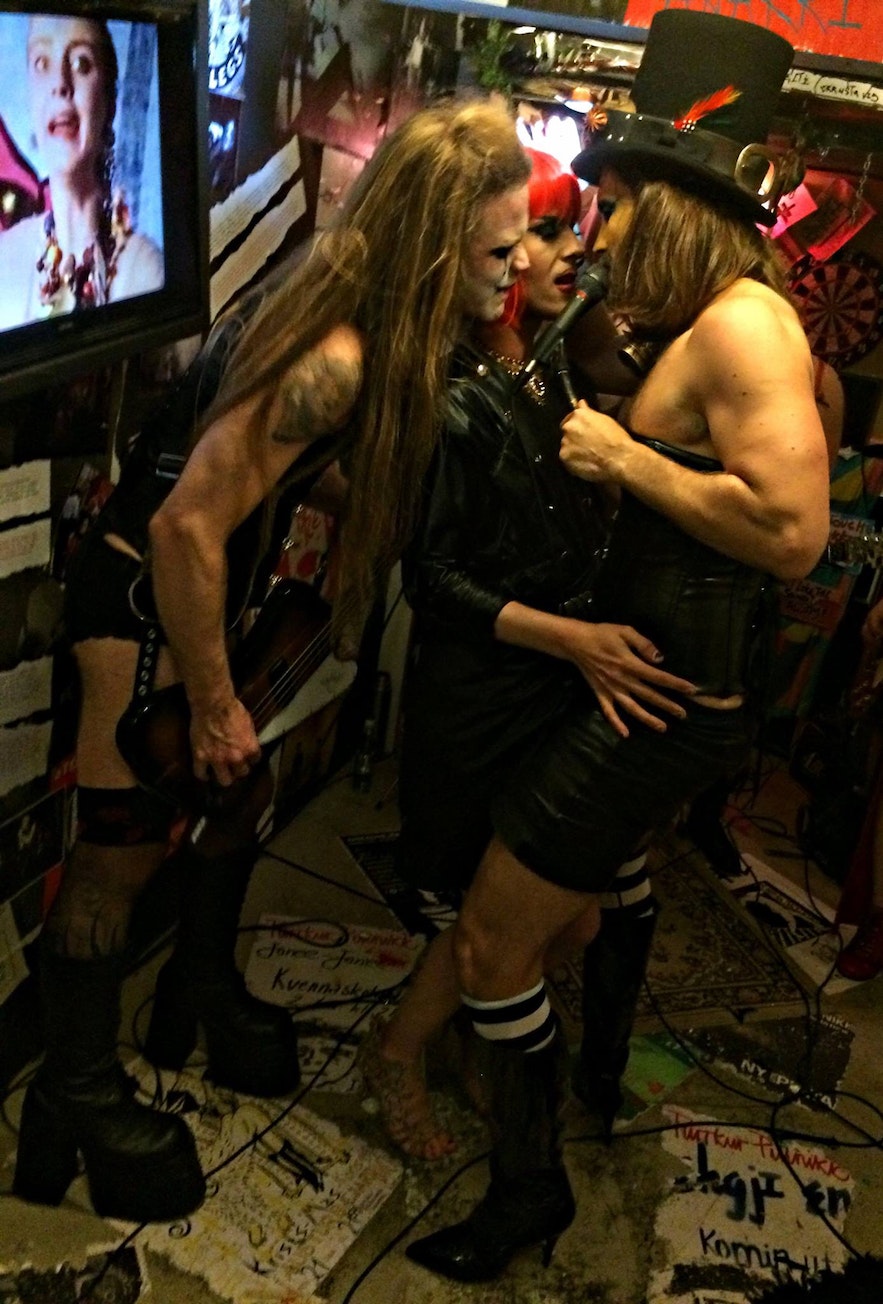 Protect yourself from witches by surrounding yourself with as many men as possible; I rarely let the band Atomstation any further from me than this.