Myths and Legends About Icelandic Foods

When you’re basically a cold island in the middle of nowhere, it can be tough to source different kinds of food. Or, you have to be fairly creative in how you’ll consume edibles that can be naturally found in your environment. Due to its isolation up until recent history and harsh climate not made for vast agriculture, Iceland’s food has a reputation of being unusual, maybe a little boring, and even slightly gross.

However, I think the locals are delighting in some of these rumors. They love pawning off ‘delicacies’ to visitors, ensuring them that yes of course, they all eat fermented shark (news flash: they don’t). So I’m here to clear up some of the things you may have heard about certain Icelandic foods that are mostly a myth, and what dishes you really should try when you next visit this beautiful country.

Lots of influence comes from Nordic culture, as people from Sweden and Norway took over after early Irish settlers and dominated the land for centuries. Rolled into this is a short, three-month growing season and a mentality to use all materials available in a harsh climate – including odd bits of animals and plants often overlooked. Some find this a strange combination, but others think it’s fascinating and worth exploring further.

Let’s just get this out of the way. Fermented shark, or hákarl, was born in the ninth century by Vikings who knew these animals were plentiful, but poisonous. But after burying the meat in the ground for a few months, the fermenting process made the meat digestible. It’s still eaten, sometimes, but modern advances have allowed lots of Icelandic people to cut back if they want to.

Everyone from Andrew Zimmerman to Anthony Bourdain have given it a go, and no one has notably enjoyed the experience. Some locals swear it palpable with a shot of Icelandic liquor. But after a short survey (alright, about 5 teens outside the grocery store) most from the current generation wouldn’t touch the stuff. 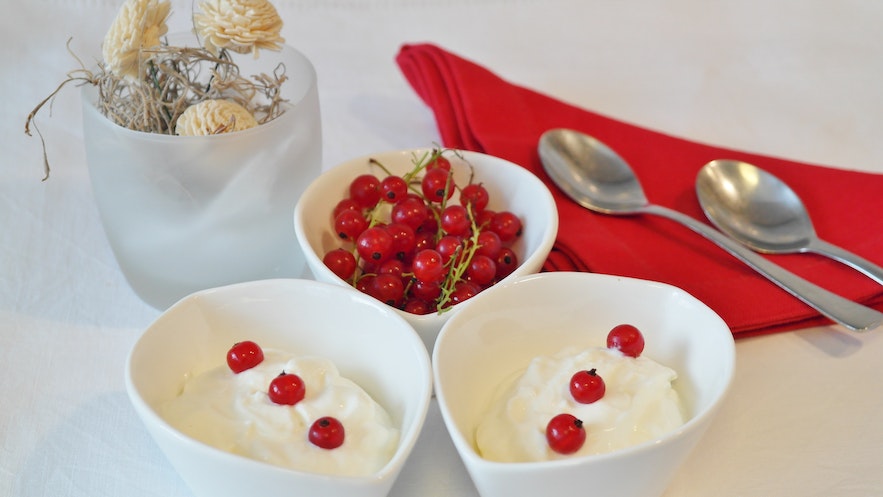 The internet had made Iceland blow up as a travel destination, and has also allowed for more exports of their top selling Icelandic foods. A bit better than old shark is Skyr, which is made mostly from cow’s milk.

Many people think Skyr is a yogurt and it’s found in the same grocery store aisle as your Greek and American varieties. However, Skyr really is a cheese product that is bland like fresh mozzarella, but creamier and loose like ricotta. Unflavoured skyr has a sour taste, and is traditionally sprinkled with sugar and eaten with added milk or cream. Local folks do often have Skyr for breakfast with some honey, but it can also be eaten savory in sauces. 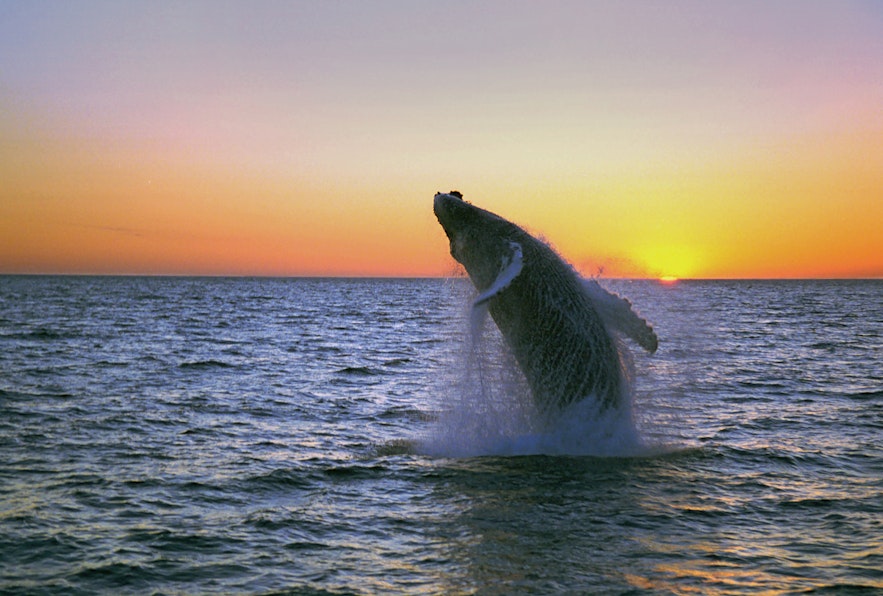 Are you shocked Icelandic foods include whale meat? But whales are illegal to hunt! True, some species are not allowed for food, but in Iceland people enjoy whale meat from minke breeds, which has never been on the endangered list.

I personally am not a tartare fan when it comes to mammals, but some people will eat this whale meat raw like sushi, or cooked like a steak. 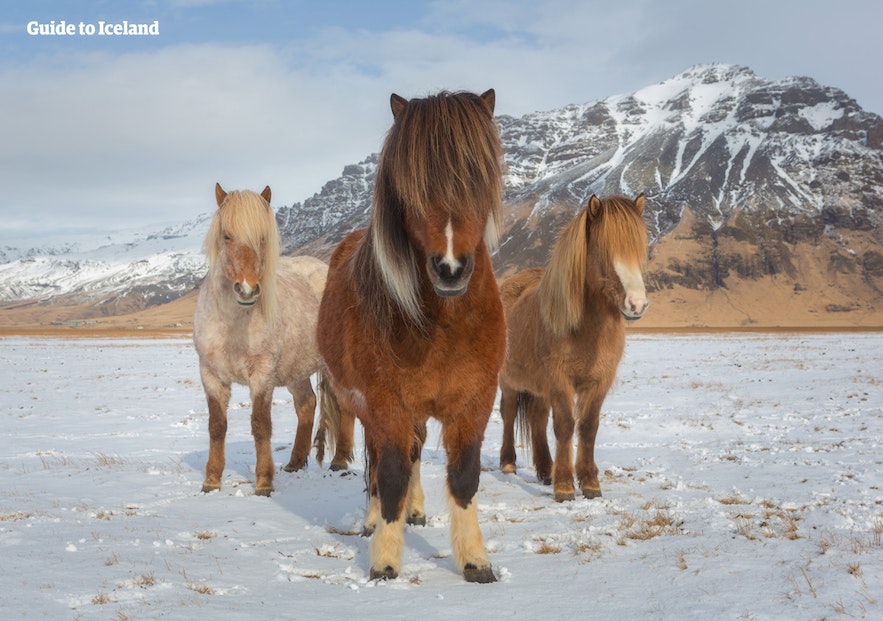 One thing I found interesting in Iceland was how they treat horses. The Icelandic horse breed is crazy friendly and an integral part of the culture.

However, you’ll also find horse and foal meat on the menu in both high-end and cheap eat restaurants. It never got super popular though, which traced back to 1000 AD when horse meat was banned by the incoming religious Christian population. The ban was lifted, but the stigma has stuck. 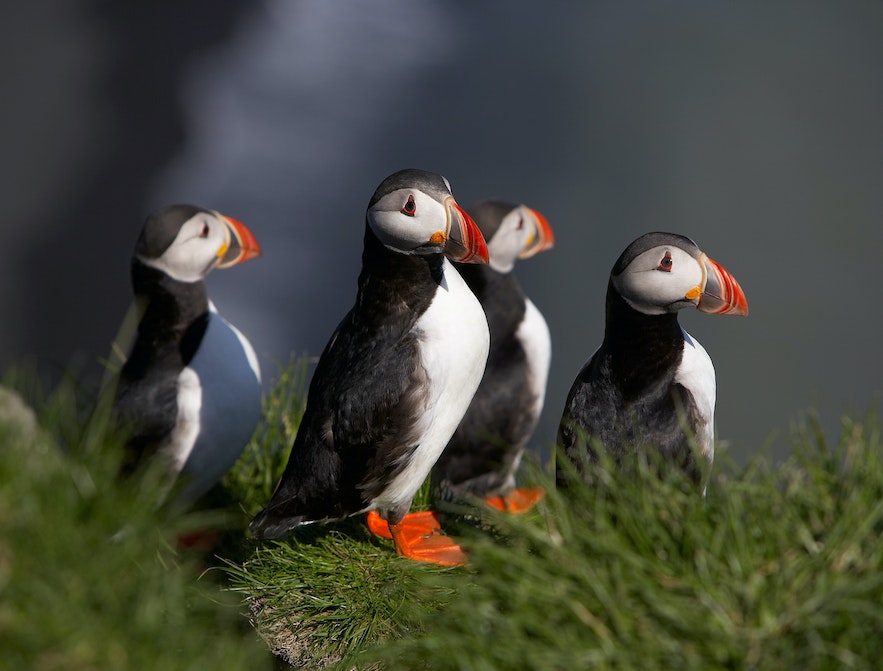 Another cute animal that meets its demise in Iceland is the puffin bird. The meat from these two-legged hoppers is often smoked and served as a rare treat in nice dining establishments.

Roots of consuming puffin trace back to the Westman Islands, because the bird is plentiful there and a big food source.

After battling fermented shark, sheep heads, cute horses and Lord knows what else, I bet you’re ready for something a little more familiar and delicious. Many Icelandic foods are wonderfully rich, flavorful and can fully satisfy any appetite. 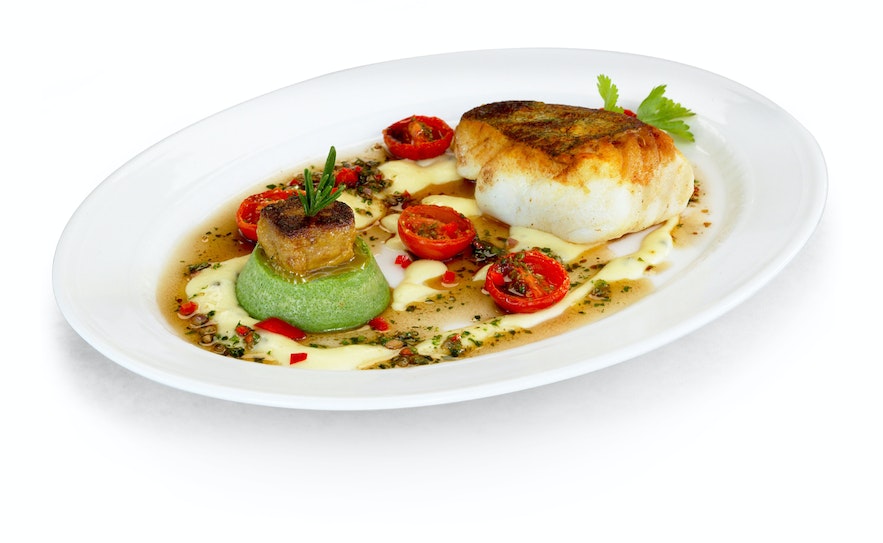 More traditional cuts of meat and fish can be found in stews and soups, alongside root vegetables and plenty of spice. Fish is often served in a creamy broth and curry mix, while stews are beef based and delicious.

I also am a huge fan of Iceland’s ‘junk food’. They make a mean hot dog that has become famous worldwide and available (after waiting in line) and several hotspots around the capital city.

Icelandic people are also unaffected by the cold and enjoy ice cream year-round. You can find soft serve almost any time of the year, which is a huge plus for this big fan of the cold creamy stuff.

Be brave and take on all the beautiful eats Iceland has to offer!