Why Iceland is Much More than a Stopover

What once seemed a wild, untouchable destination has now become one of the most popular vacation spots in the world. In 2016 alone, 1.7 million people visited Iceland, a 40 percent increase since the previous year. Tourism has been a great source of economic growth, and it doesn’t appear that it will slow down anytime soon. While interest in the island and its unearthly landscapes are soaring, the question still begs: How many people are really getting to know the destination and its people’s culture?

I’d wanted to visit Iceland for almost two decades before I actually visited, so when it came time to finally touch down, I decided that I would stay in the country for five weeks. Many travelers I met were shocked that I would stay for so long in such a small country. In turn, I was surprised, and a bit saddened, that so many people who came to discover this gorgeous, intricate, history-laden country were just glossing over it as they would the Cliff notes to Moby Dick.

The Problem with Layover Travel

How could travelers come to Iceland on a three or four-day stopover and think that they were doing the country- or themselves- any justice? Sure, they would walk around Reykjavik for half of a day, splurge on a nice meal, then take tours the remainder of their stay. Most of the people I met went to the Golden Circle, saw where “Game of Thrones” was filmed; crammed in as many waterfall selfies as possible; tried to hunt down the Northern Lights; and went to soak in the uber-popular Blue Lagoon. Now, all of these experiences are certainly fantastic, and I am surely not the travel police. Nonetheless, I can tell you with utter confidence that there are a plethora of lesser-known, unforgettable experiences to be had, and Iceland is much more than just a stopover.

Believing that you can really absorb a country on an extended layover is absurd. Don’t get me wrong; I’ve made the most of my time in countries while waiting to take off elsewhere instead of waiting in the airport. Most recently, I was in London for 22 hours waiting for a connecting flight. It was my first time in the UK, and I knew that this amount of time wasn’t enough to get a good feel for the city. Instead of going to see the sites, I spent my time catching up with friends at a pub in the evening and checking out the open-air market in Notting Hill the next morning with friends. I wanted to see Big Ben, the London Bridge, and so many other historical spots, but I knew that trying to cram everything in would just leave me even more exhausted and give me a faulty impression of the city. Doubtlessly, a proper trip would have to be arranged for it to even be worth trying to soak in the culture. 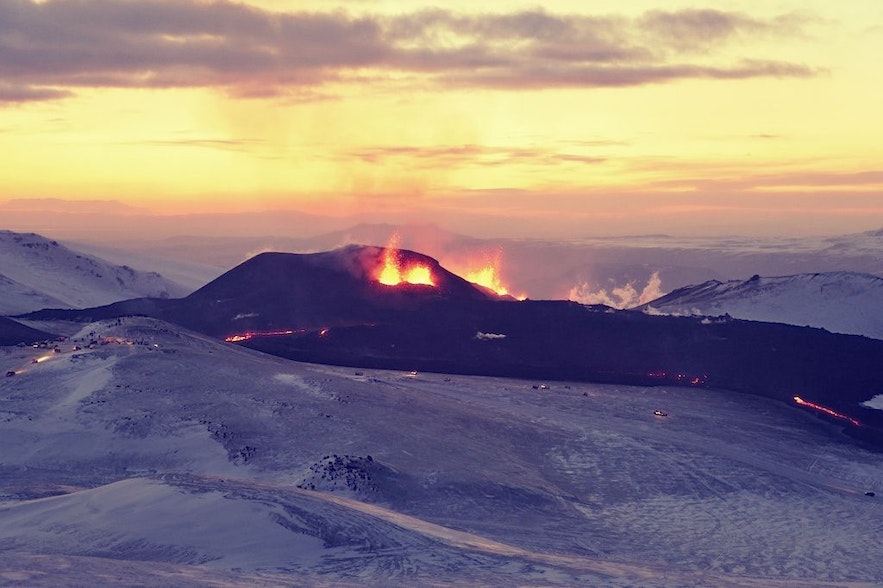 It used to be that London and Stockholm were the main connection hubs for those traveling from the Americas to Europe. A volcanic eruption in Southern Iceland would come to change that. In 2010, Eyjafjallajökull erupted, shutting down European flights surrounding the area, and sparking interest in the country with the volcano's entrancing aesthetics. This tragedy-turned-opportunity, coupled with low-budget Icelandic airlines, such as WOW, offering ridiculously low flights, ignited Iceland's intense popularity.

To be honest, my decision to "buy the ticket, take the ride" to Iceland stemmed from its affordability; I paid $99 USD to fly one way from Boston, Massachusetts, USA to Keflavik, Iceland. To further accessibility, airlines like WOW and Icelandair have projected a campaign selling Iceland as the perfect stopover destination. Many Icelandic airlines flying to Amsterdam, Berlin, Paris, and even Tel Aviv, have facilitated a short stay in Iceland before setting foot in your intended destination. Doubtlessly, it's a sweet deal that many travel companies and travelers alike are capitalizing on. Keflavik’s prominence as a major hub is a convenient and lucrative business, allowing droves to visit a country they may not otherwise visit. 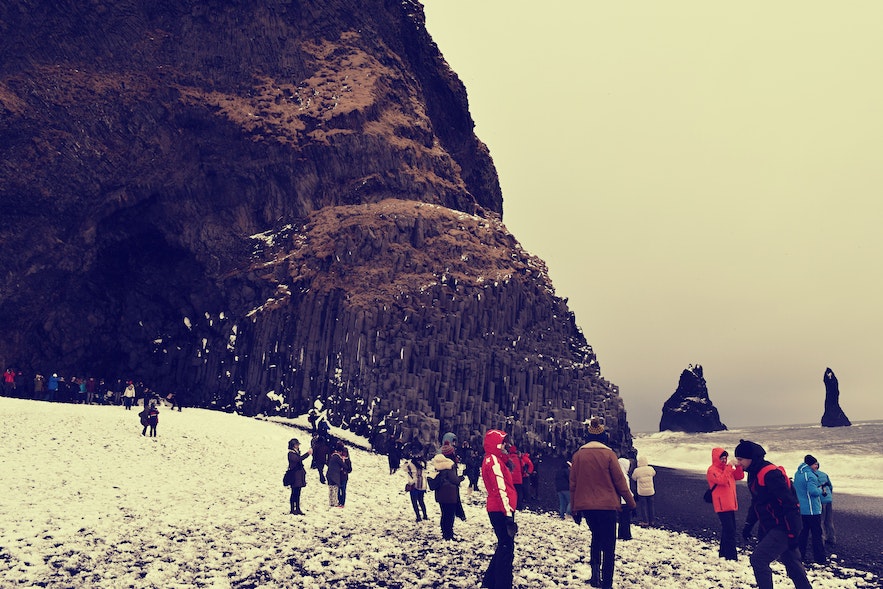 When Tourists Take Over

The five weeks I spent in Iceland, I realized just how problematic fast travel has become in Iceland. For instance, walking down Laugavegur- one of the main streets in downtown Reykjavik- in the dead of winter, most of the people I came across were foreigners. In fact, even on the outskirts of the city, it was rare to pass by locals speaking Icelandic. Not only is this significant of people’s culture being phased out, it also poses serious problems when infrastructure isn’t prepared for an onslaught of visitors.

While talking with Icelanders both in and outside of the tourism sector, it became apparent that people’s stance on the rise of visitors was divided. On one hand, Icelandic people are friendly, welcoming, and open to other cultures. On the other hand, people also feel that they are losing their culture rather quickly. According to locals I spoke with, it isn’t uncommon for Icelanders to speak English even amongst themselves. Natives living in Reykjavik embrace foreigners, but also feel that their city no longer belongs to them. And with the number of visitors far outweighing the national populace, this makes sense. In fact, some have deemed Iceland the new Disneyland for US tourists. 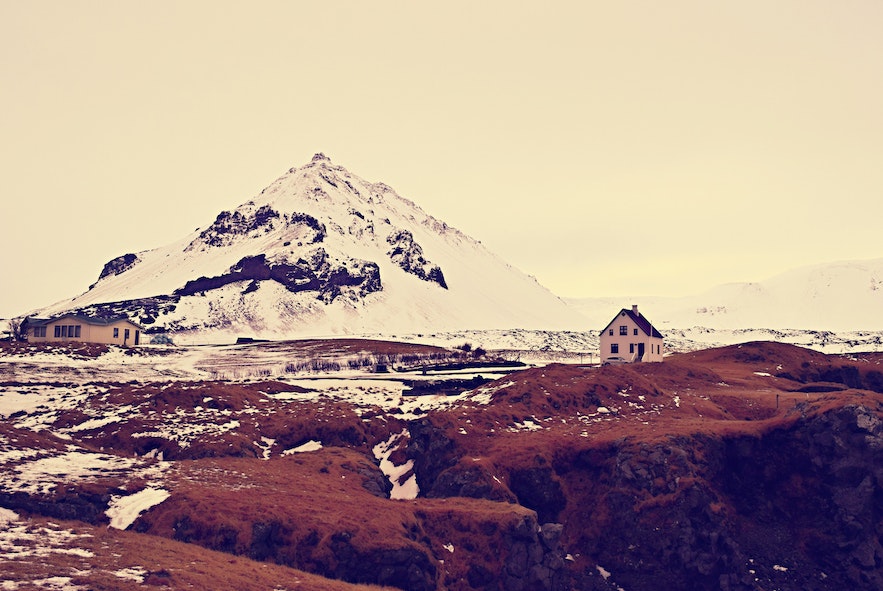 Forget the Stopover and Get to Know the Real Iceland

Iceland is much more than a stopover for a variety of reasons. From a cultural perspective, only staying for a few days doesn’t allow the visitor to explore Iceland’s rich history and culture. As such, when people come to visit a place without placing any effort into learning about its traditions, language, or past, no progress is made in global understanding. When one rushes through a place, cherry picking from generic top ten lists of experiences, he or she leaves with no deeper understanding of the destination than if they had done a quick Google search. Nothing is gained by either side when a visitor treats a country like an amusement park.

When you book your trip to Iceland, give yourself plenty of time to soak in the culture. Make friends with locals, and have them show you around. Ask uncomfortable questions about the government, cost of living, and whether elves are real. Get off the beaten path; slowly make your way around the Ring Road and stop by small towns to see how they live. Spend some time observing the wildlife, like horses, puffins, and whales. Take a few days just to stare at the landscapes and meditate on their magnificent presence and the folklore behind their creation. Venture up into the Western Fjords and volunteer with arctic foxes. Learn to pronounce places like Snaefellsnes, Jokulsarlon, or Akureyri correctly, and maybe even learn a few Icelandic words. There are too many options to list.

Whatever you do, respect Iceland's environment, people, and traditions. Iceland is much more than a stopover; treat it as such and you will discover one of the most intense, fascinating, and enlightening countries on the planet.