Perlan ('The Pearl') is a museum and rotating glass dome that stands on top of Öskjuhlíð Hill in Reykjavík; surrounded by forest, it is one of the capital's most distinctive landmarks. The site is built on top of six water tanks that together store 24 million litres of Reykjavík's hot water.

At night, the water tanks are lit up by floodlights that illuminate the construction for all of the city to see. On top of the dome is a rotating light which serves to signal the aeroplanes flying to and from the nearby Reykjavík Domestic Airport. 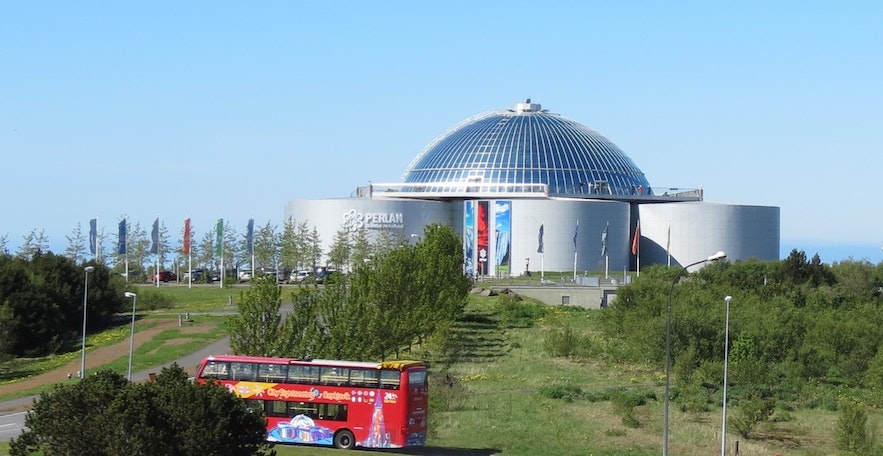 Perlan has long been home to a viewing platform, restaurant and cafe, but more recently has become an educational site, boasting many exhibitions and displays.

The Glacier Exhibition of Iceland, for example, opened in Perlan in July 2017. The project contains a 100-metre long ice tunnel, where visitors are offered a glance into the past, present and future of the Iceland’s glaciers. It is the only museum in the world with such a feature.

Since the Glacier Exhibition of Iceland, several more projects have been unveiled. Particularly of note is Áróra, the world’s first interactive planetarium film. A beautiful show that was compiled by some of the nation’s most celebrated photographers, writers and musicians, Áróra encourages its guests to dance as part of the piece and to choreograph their own Northern Lights experience. 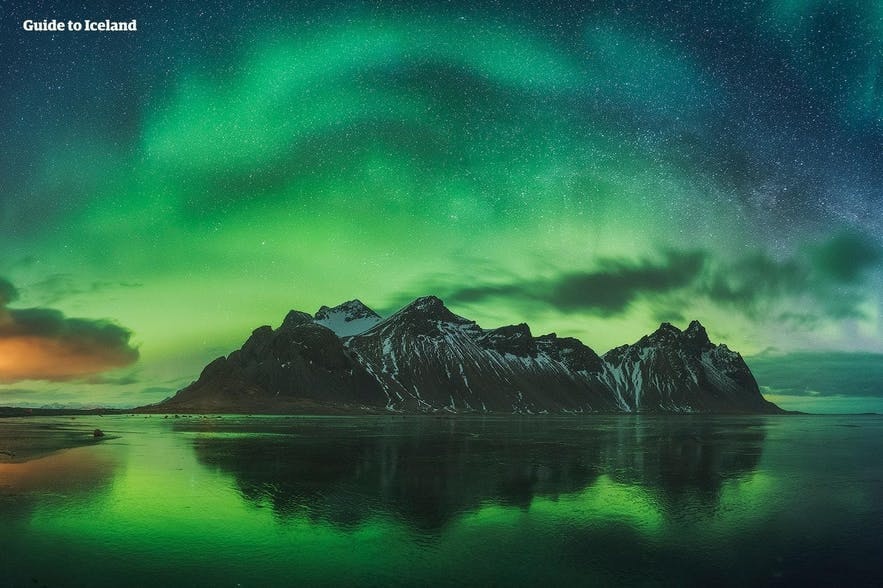 Perlan also boasts a model of the Látrabjarg cliffs, which are located in the Westfjords; this incredible place is renowned as one of the world’s best places for birdwatching. The replica stands at ten metres tall and allows you to see lifelike figures of the birds that nest here without having to traverse all the way across the country.

This is part of the ‘Wonders of Iceland’ exhibition, which also includes a cinematic display of the country’s underwater world and a wealth of displays about Iceland’s geology, such as its volcanoes, tectonic plates, geothermal sites and earthquakes.

Furthermore, Perlan has an exhibition called ‘Water in Icelandic Nature’, which discusses everything about how water defines this country, from its weather patterns to its natural features, its wildlife to its chemistry. It uses cutting edge technology and interactive displays to bring these concepts to life.

Aside from its exhibitions, Perlan is renowned for its sightseeing opportunities. The observation deck here offers an impressive and panoramic view of the city and its surroundings, with adult tickets available for 490 ISK.

The surrounding woodland of Öskjuhlíð boasts of several scenic hiking trails and cycling routes, several of which lead to the remains military bunkers that were built by the US army during its WWII occupation in Iceland. 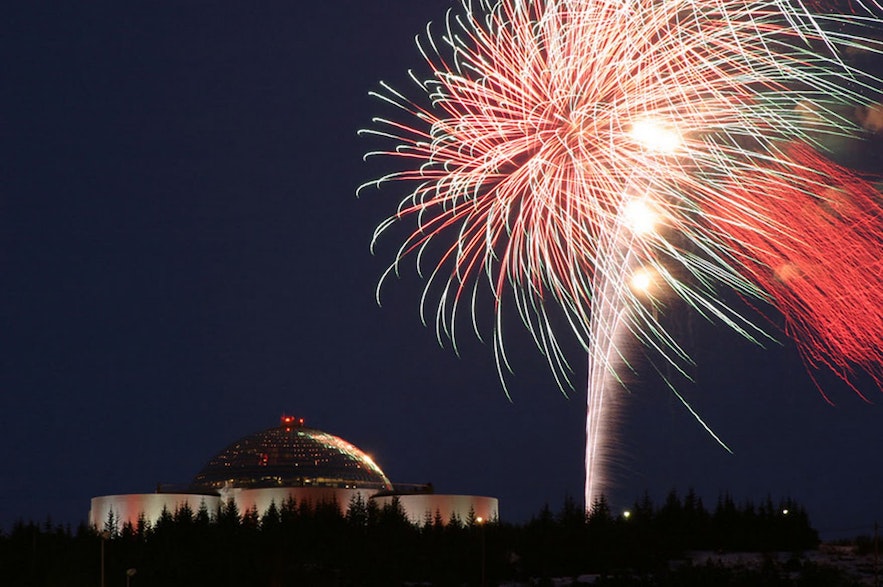 Restaurant and Shop at Perlan

At the top of the rotating dome of Perlan is a restaurant called Út í Bláinn, which boasts some of the best views in the city. It focuses on simple, seasonal, perfectly prepared Icelandic food, and has a friendly, lively atmosphere. Those looking for a bite without paying for the experience of the rotating restaurant will find the cafe Kaffitár below.

Perlan is also home to one of the oldest gift shops in Reykjavík, Rammagerðin, established in 1940. It has a range of products made by Icelandic designers and craftspeople that reflect the nature, culture and history of this beautiful nation.