Grjótagjá’s known history begins in the early 18th Century, where it was known to be the home of outlaw Jón Markússon. Throughout Iceland’s history, their icy, jagged rocks, total darkness and reputation for trolls meant law-abiding folk avoided Iceland’s lava caves, making them the perfect spots for bandits who had been ostracised from Icelandic society by the parliament.

From 1975 to 1984, the Krafla volcanic system erupted nine times, resulting in (to say nothing of new expanses of lava, the creation of new caves and magma chambers and the release of toxic gases) the water’s caves to boil and make it unusable.

As such, bathing is no longer allowed in Grjótagjá. You are welcome, however, to at least feel the water and dip your feet in to relax.

The lava cave and hot spring, however, have such an ethereal, otherworldly beauty that they attract many visitors a year. This unique, fantastical appeal, did not go unnoticed by producers; HBO’s Game of Thrones even shot one of the season’s most iconic scenes here. 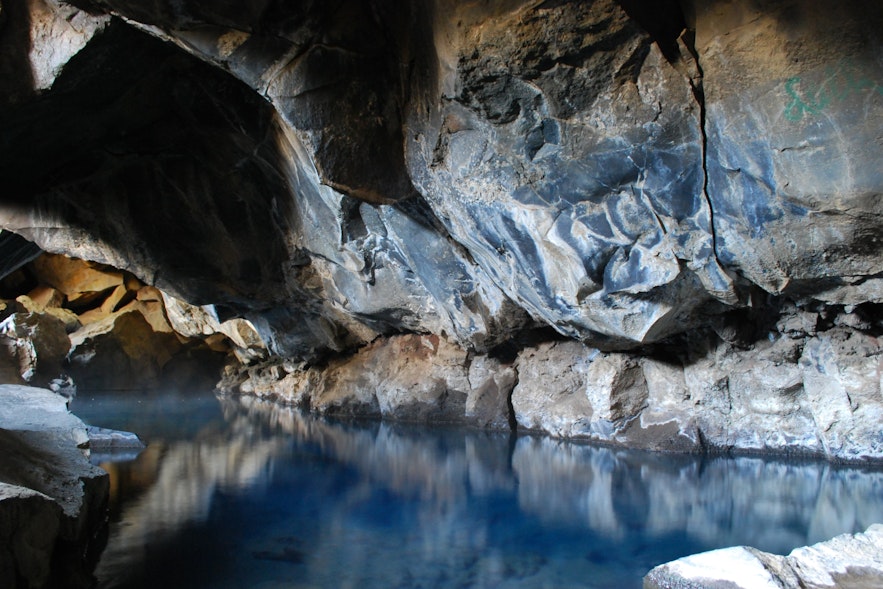 In Season Three, Episode Four, Grjótagjá is used as the setting for the much anticipated love scene between Jon Snow and the wildling woman Ygritte, where Jon Snow ‘proves’ his abandonment of the Night’s Watch by consummating their relationship.

Reaching it and getting to the hot spring, however, requires a reasonable level of fitness and a little sense of adventure. There is a slightly rocky path that takes you from Dimmuborgir to the cave itself, which you will need to be careful descending into; lava caves are very jagged, and the ground is uneven.

There are car parking spaces beside Grjótagjá if you do not want to take the short hike. 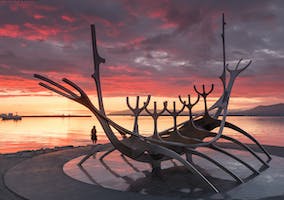