The name of the town translates to 'Seal Pup Bay' and refers to the seals that reside in the ocean by the shoreline of the town's oldest part.  The town's Sigil is green and white and displays the Church of Kópavogur, the town's most notable landmark, and a seal pup.

The town's oldest signs of inhabitation are located by Kópavogslækur brook at the bottom of the bay, estimated at being from the 9th century. By lake Elliðavatn there is a large area of ancient ruins which provides for constant fascination for archaeologists. Although the area has long since been inhabited, the name of Kópavogur is first found in written documents in the year 1523. Today, the ever-expanding town includes the separate districts of Kársnes, Digranes, Smárinn, Fífuhvammur and Vatnsendi.

Kópavogur was the location for the signing of the documents that established the Icelandic nation under the monarch reign of Denmark in 1662, in an event often called Kópavogsfundurinn or the Kópavogur Assembly. Years later, during the time of Iceland's fight for Independence, the assembly was referred to as an example of Denmark's infringement towards the people of Iceland.

In the centre of the town lies Kópavogsdalur Valley and through it runs the brook Kópavogslækur, a pretty sight today, but in earlier years used for the disposal of sewage. Between the valley and lake Elliðavatn, the area greatly consists of hills and miniature headlands, such as Leirdalur, Hnoðraholt and Rjúpnahæð. Lake Elliðavatn itself contains all the freshwater fish to be found in Iceland; including trout, brown trout, arctic char, salmon and tiddlers. Kópavogsleira is a residency for 30 local species of birds, as well as 10 migrating bird species.

Kópavogur hosts one of Reykjavík's two larger shopping malls, Smáralind, built in 2010. Close by is Smáratorg; a popular shopping area, and Smáraturn; the tallest building in Iceland. In the area of Borgarholt, there are various cultural establishments, including a music school, a library, a natural museum and a concert hall. Close to Kópavogur Church, there is the geothermal swimming pool Kópavogslaug. The town includes another swimming pool, four public parks, several cultural museums and numerous sports teams, including Breiðablik and HK. The town paper is called Kópavogspósturinn and has a weekly publication. 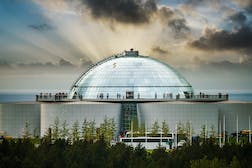 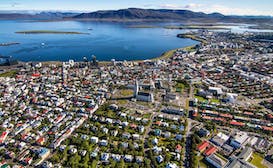 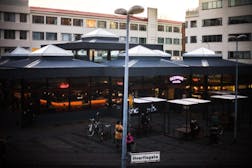 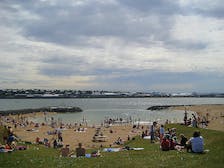 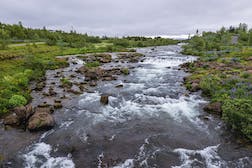