Come along on a visually stimulating journey around Iceland with this 8-day nature photography workshop. Expose your camera to Iceland’s most breathtaking sights during amber nights of the midnight sun. This workshop is suitable for amateurs and professionals alike and promises to develop your landscape photography skills by leaps and bounds.

The unique character of the midnight sun in Iceland stretches what is usually a golden hour to many hours of the photo-friendly glow of summer. Under the supervision of two award-winning photographers, you will travel in comfort across the island to hone your skills and make the very best of the unique light and wondrous sights.

There will be no lack of inspiration as you travel east along the South Coast, exploring Vatnajökull National Park and ending with the Golden Circle. Subjects include the sublime glacial lagoon Jökulsárlón and the Diamond Beach, an array of spellbinding waterfalls, black sand deserts, geysers and much more.

Book now and explore Iceland in summer under the midnight sun. Check availability by choosing a date.

Professional photo guide
Transportation in a comfortable vehicle
7 nights in hotels and guesthouses, room with private bathrooms
All breakfasts on tour, and group dinner on day 1 and 7

Welcome to Iceland! You will make your way via a bus from Keflavík International Airport to your hotel in central Reykjavík.

Get checked in and relax until dinner-time when you will be picked up and taken to a distinguished Reykjavík restaurant to get to know your group and guide for the next week. 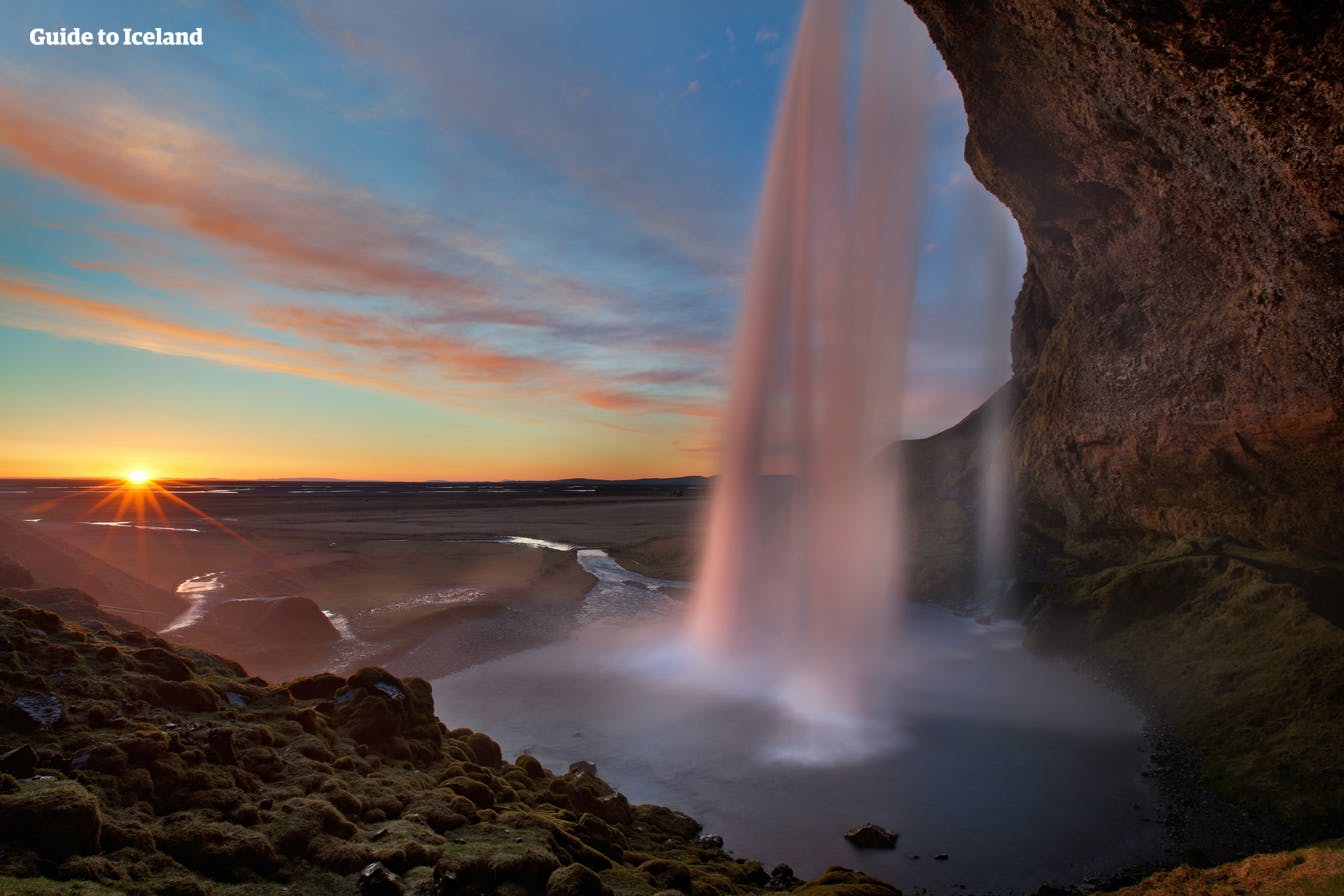 Time to start exploring Iceland through your camera lens, first stop: Seljalandsfoss. This special waterfall cascades over a spacious cavern, offering the unique opportunity to walk behind it and capture its splendour from all angles.

Skógafoss is your next subject, one of the biggest waterfalls in Iceland, dropping an awesome 60 meters, and creating an exhilarating mist in its crash. When the sun hits this band of mist you can often see a rainbow or two which you’ll want to capture to make the best of this unique lighting phenomena.

Next stop is the dramatic black pebble beach Reynisfjara where the might of the Atlantic ocean hits a coastline defined by towering sea stacks and impressive basalt columns. The raw power of the sea can be dangerous here so do not stray too close to the shoreline and follow instructions on the beach and from your guide. You will spend the evening in Vík. 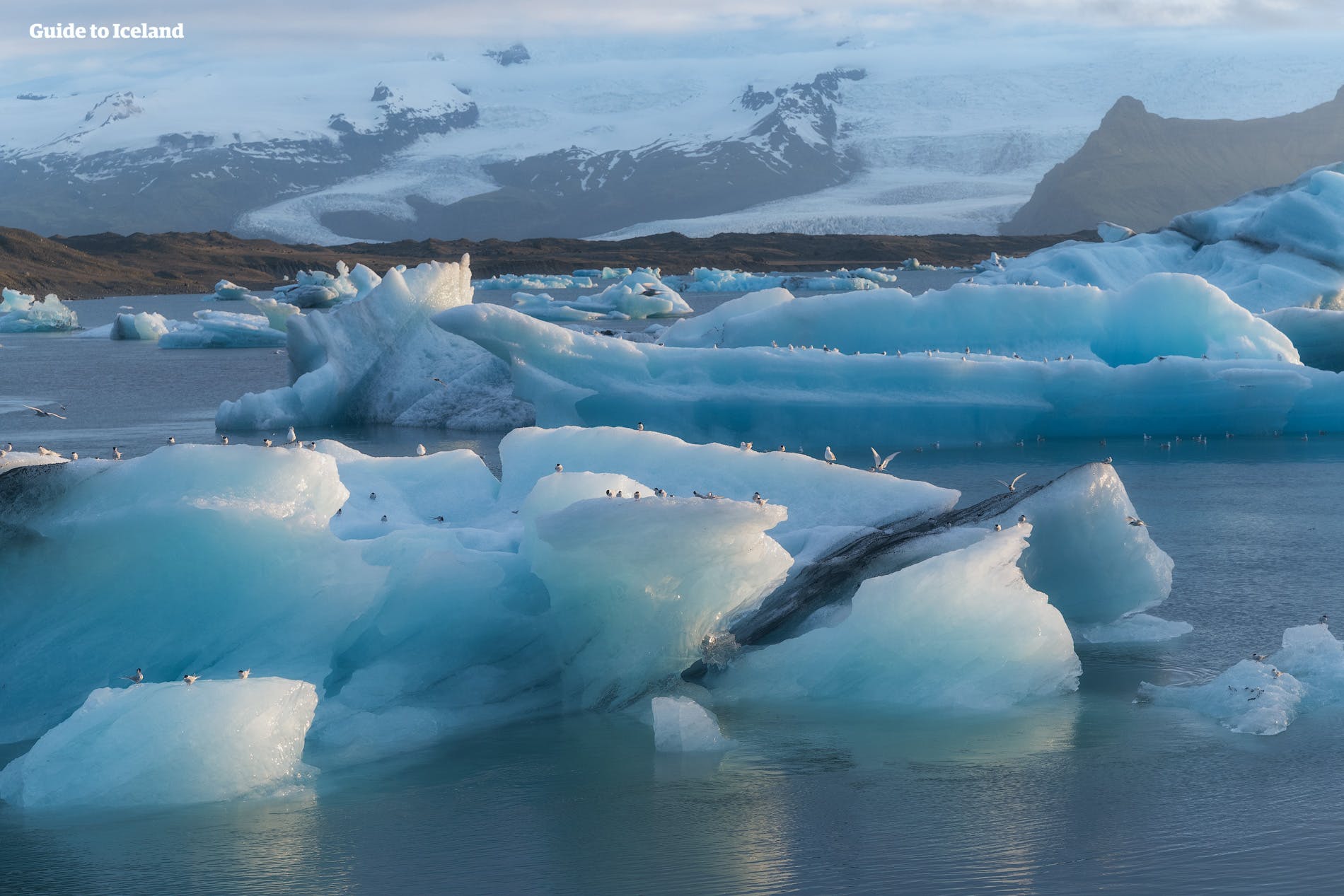 Your third day will be your introduction to the ever-varied and engaging Vatnajökull National Park, the largest of its kind in Iceland. Home to Europe’s largest glacier, this park will delight you with features such as lava fields, waterfalls and black sand deserts.

The real treat comes in the second half of the day when you will first set eyes on Jökulsárlón, the glacial lagoon where no iceberg is the same and seals come to play on sunny days. Under the supervision of your expert landscape photographers, you will be instructed how to best snap these breathtaking phenomena.

As the sun gets lower, attention will shift from the lagoon to the famous Diamond beach where icebergs are stranded on the black sand shore, offering a unique opportunity to capture the sun as it hits the ice. 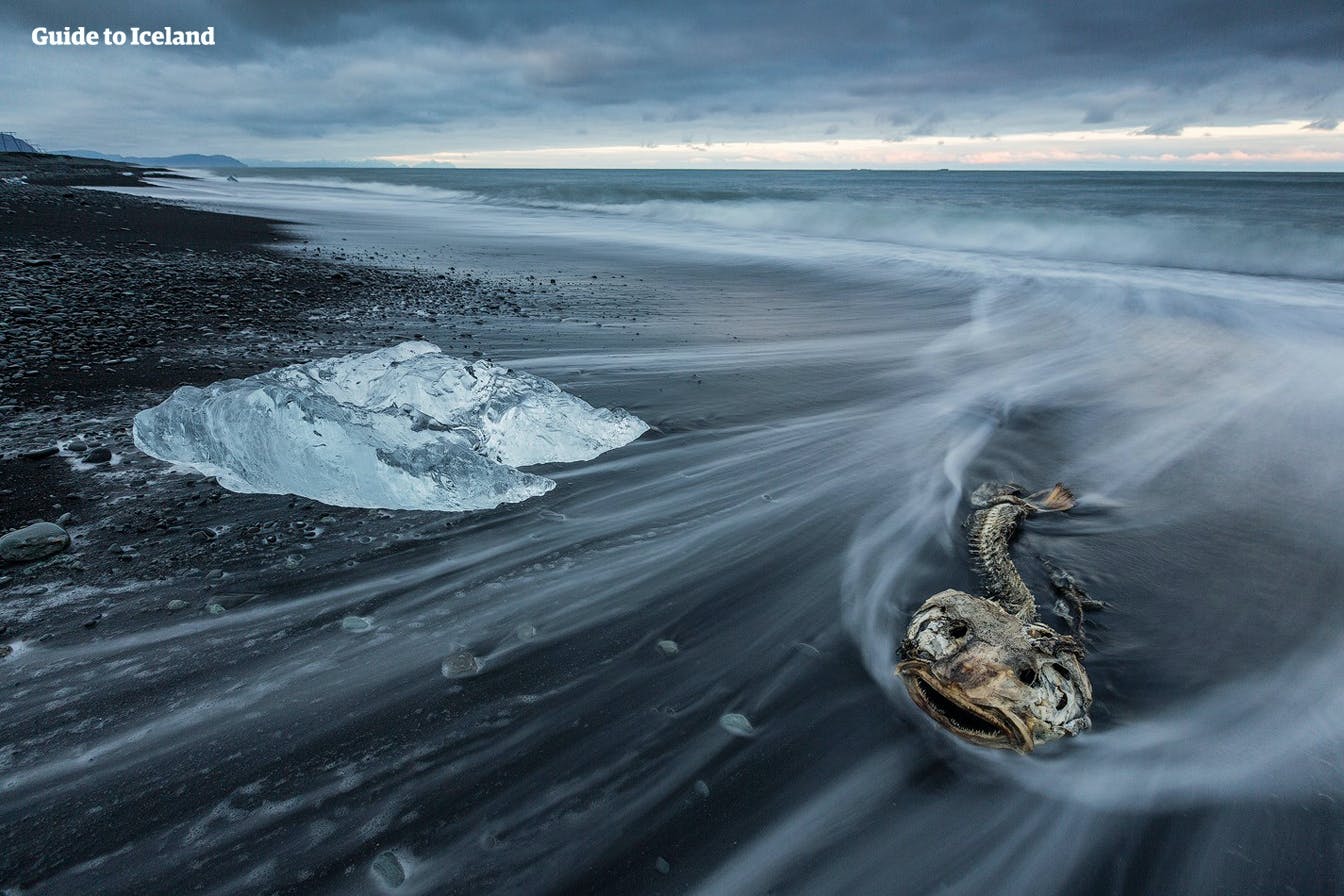 Day four and you will be up early for a sunrise shoot at Jökulsárlón to experience the effect that the morning light has on nature photography in Iceland. You will also return to the Diamond Beach and visit other lesser known locations to bulk out your glacial portfolio, getting you to grips with the ins and outs of photographing ice.
Read more
Day 5 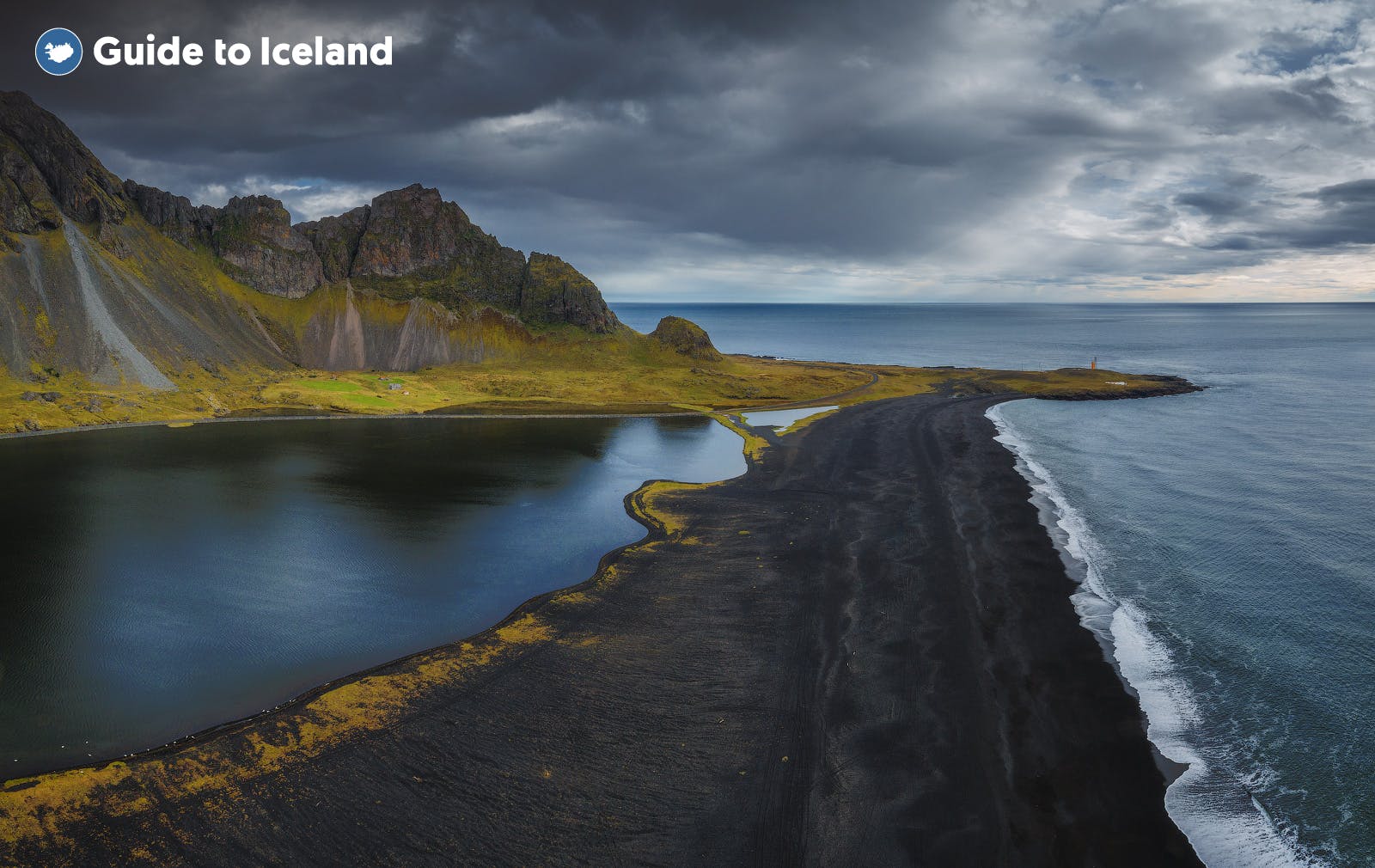 Sunrise will be spent on the Diamond Beach once more to capture the hypnotic beauty of these glacial giants before they eventually melt away. You will then travel further east past the quaint town of Höfn to see the dramatic Vestrahorn mountain on Stokksnes peninsula.

Standing 454 meters above the coast, the arresting peaks and slopes provide no end to photo opportunities. You will also have a choice of backdrops, from the strong Atlantic waves to black sand dunes, allowing you to experiment through different compositions to get that perfect photo.

Once you have familiarised yourself with the scenery, you will be ready for the golden hours when the midnight sun’s long beams grip the mountain in shadows.

Day six and you will travel to the idyllic Skaftafell Nature Reserve to further your landscape photography skills. The available subjects are extensive and you can hope to shoot forests, rivers, waterfalls, glacial features and more.

For the magical golden hours, you will return to the black shores of Reynisfjara and its iconic sea stacks. Here you will harness all you have learned as well as the unique light conditions to create some truly beautiful photographs. You will stay in Vík for the night. 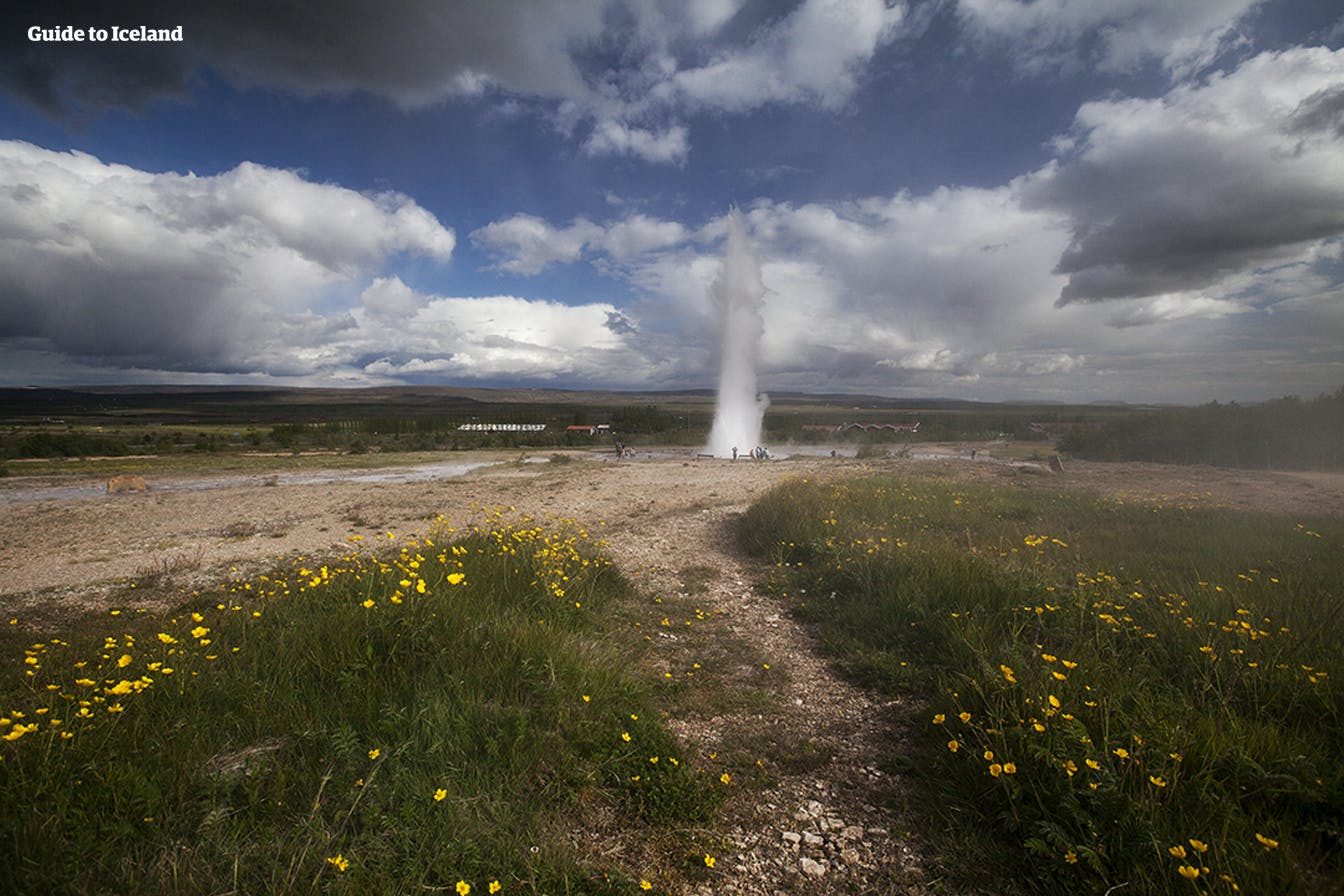 You will be presented with plenty of scenery to which to apply your now honed photography skills.

The Golden Circle is by far Iceland’s most travelled route and your first stop will be the UNESCO World Heritage site Þingvellir. You will have the opportunity to stand between two tectonic plates and the whole area offers breathtaking views for miles around. Þingvellir was the original meeting point for the Icelandic parliament over 1000 years ago and is also home to spectacular Þingvallavatn, Iceland’s largest natural lake.

The next stop is the geothermal park Geysir, named after its once largest geyser which is now dormant. Not to despair though, the hot spring Strokkur still erupts every 5 minutes or so giving you plenty of moments to snap this rare phenomenon as well as practising expert timing.

Your last stop is the incredibly photogenic Gullfoss or ‘golden falls’ as it is known. You can experience this waterfall from different spots and heights promising stunning photos from varied perspectives. Should the sun come out, you will be lucky enough to see a rainbow in the spray of the falls adding to its majesty. You will then return to Reykjavík for your final night. 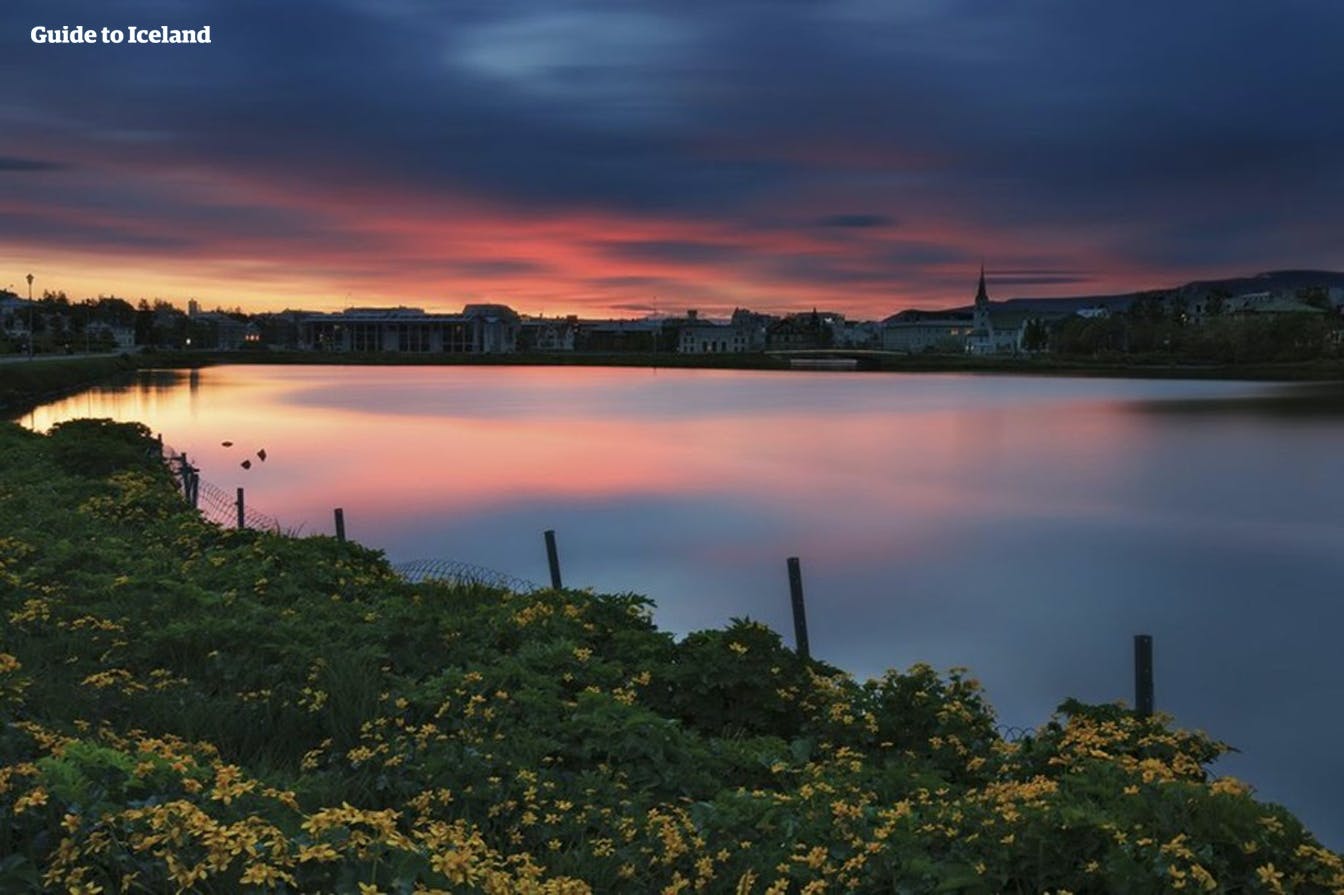 You have completed your photo workshop and tour of Iceland. As well as stunning photos, you will have developed your nature and landscape photography skills greatly. The bus will take you back to Keflavík International Airport as you say goodbye to Iceland and the midnight sun.
Read more