Ever heard about the puffin island of Grímsey?

There is a small part of Iceland that reaches north, past the arctic circle. An island by the name of Grímsey. It is not the easiest to access, which makes it a bit of a hidden gem.

There is a ferry from Dalvík, traveling time about three hours. The ferry only goes there three times per week, arrives on noon and departs again at 4 pm, Mondays, Wednesdays and Fridays, so most only get to enjoy this isle for few hours. There is also a flight available from Akureyri, so staying one night is possible.

I went to Grímsey on the 21st of May and returned on the 23rd, so I was there for 52 hours (and I liked every one of those). On the first night I took a walk on midnight for three hours. A local woman and her son were looking after their sheep (May is when the lambs are born) and I asked them for some general directions as I left the house, other than that I saw no other person on my walk.

These photos and short clips are from that night. 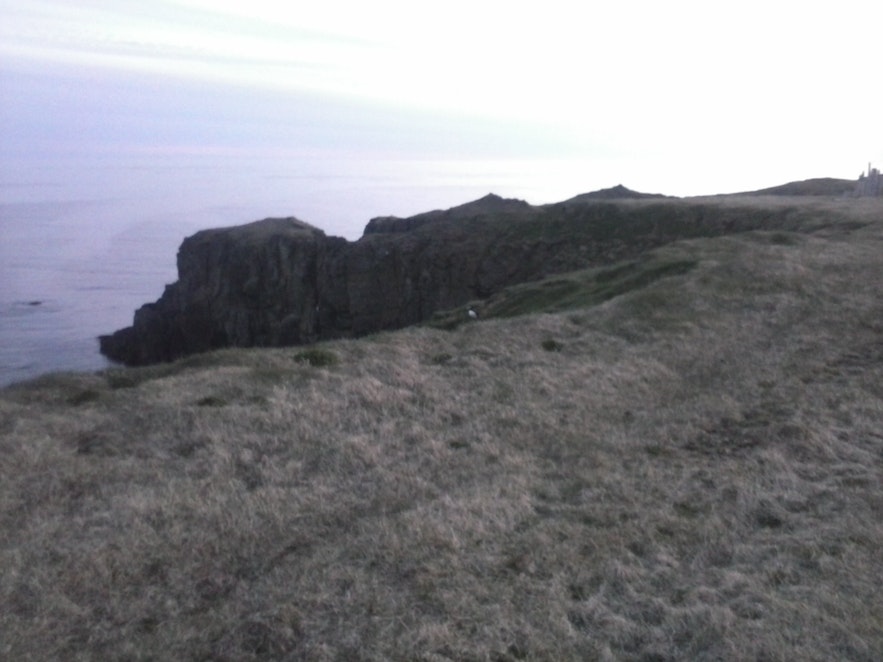 The white spot in the middle of the photo is a puffin. 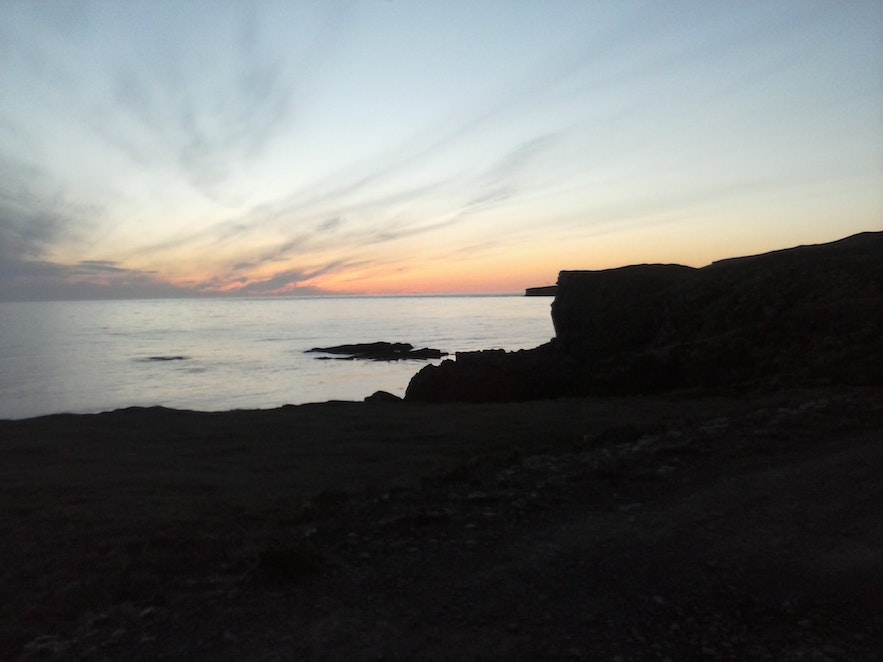 There might be some debate about if this is a sunset or a sunrise, this time of year we just call it a spring night.

Unfortunately my smart phone isn't very smart, I would like it to be LG flex, but it stays as stiff as ever - even if I push it.There is a peak on the north edge of Grímsey, and that peak is north of the arctic circle, a part of the video has a 360° from the top of the peak.

To go for long walk like that, alone on a bright spring night is a wonderful thing. To hear only the sea and birds, to experience the birds going quiet for an hour and then noticing when they all wake up again. It is not easy to put in words, hopefully the photos and the video are helping me out. 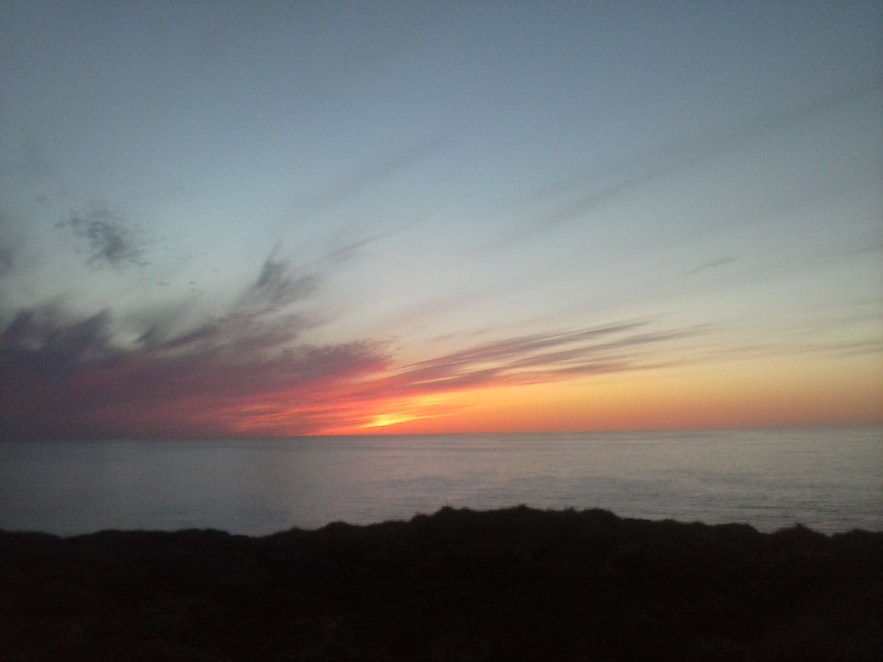 Enjoy your time in Iceland.