Grímsey is an island off the north coast of Iceland, nestled across the Arctic Circle. It is, therefore, the only part of Iceland that is truly in the Arctic, and many visitors come to have their passport stamped in recognition of its high latitude.

It is part of the Akureyri municipality, with a population of approximately 100 people living in the one settlement, called Sandvík.

The best way to visit Grimsey is by renting a car and taking the trip at your own pace.

Recently, the economy has diversified with the advent of tourism to the island, thus today, visitors will find Grímsey well equipped with modern amenities. This includes guesthouses, cafes and even an airport, which connects to the one at Akureyri.

Residents also have the necessary amenities to flourish, with a school and community centre.

There is a small, wooden church on Grímsey (albeit, within the parish of Akureyri) that is of significant historical interest. An older church had once been constructed in the 11th century by the Icelandic Catholic bishop, Jón Ögmundsson, which was lost to time. The newer church was built in 1867 from driftwood that had washed ashore. The church was renovated in 1932 and displays a local, century-old imitation of a Leonardo Da Vinci painting.

Grímsey also has a famous monument marking the edge of the Arctic Circle: an eight-tonne sphere of stone. The shape was designed to represent the rolling movements of the true Arctic circle, as a rooted monument would not be able to move along with its true location.

As a side note, the boulder may soon have to enter the seas to the north, as the Arctic Circle is moving away from Grímsey. It is expected that by the middle of the 20th Century, it will no longer be considered Arctic territory. 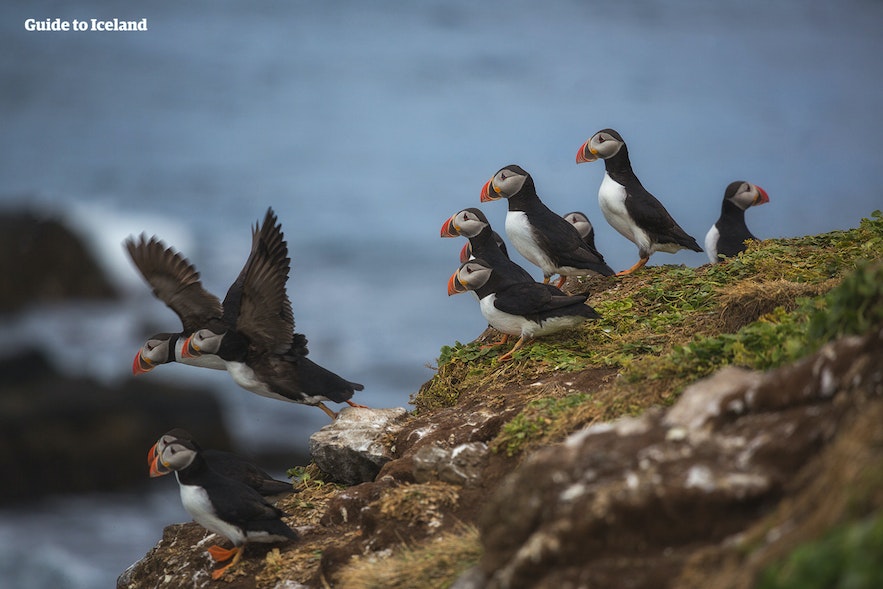 The island’s biggest attraction is its wealth of birdlife; millions from dozens of species make Grímsey their home.

Their numbers are so prevalent here for several reasons. First, the arctic seas around the island have plenty of fish, meaning the birds have plenty to eat. Secondly, hunting the birds and the collection of eggs have also been minimised in the last half century (although the traditions do still continue.

Finally, there are no mice, mink or rats, meaning the eggs can lay safely in the low grass. In other parts of Iceland, these invasive species have caused stagnation and even depletion of some bird populations, who before their introduction only had to contend with Arctic Foxes.

Most travellers largely come to see the Atlantic Puffins that nest on the island, but there are wide range of other species, including Black-Legged Kittiwakes, Auks, Razorbills, Thick-Billed Murre and Northern Fulmar. The list goes on.

The best season for birdwatchers to visit Grímsey is between May and September. Outside of the warmest months, the birds beginning migrating for warmer climates.

Other places in Iceland popular for birdwatchers include Látrabjarg, Lake Mývatn and Dyrhólaey.

There are a number of ways to visit Grímsey Island. Flights run from Akureyri, and there are ferry services to the island three times a week. 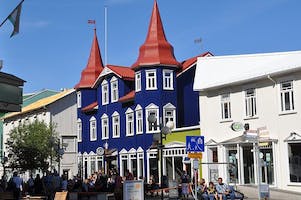