Seljalandsfoss is one of the best known waterfalls in Iceland. Seljalandsfoss is situated between Selfoss and Skógafoss, where Route 1 (the Ring Road) meets the track going to Þórsmörk. 130km from Reykjavík and 1,5 hour drive.

This waterfall of the river Seljalandsá drops 60 metres (200 ft) over the cliffs of the former coastline. It is possible to walk behind the waterfall. Photographing the waterfall in the night during wintertime when the northern lights are visual is a difficult work. Even though the waterfall is lid up with strong lights the spray of water makes the ground and the hills around the waterfall very slippery and dangerous, the water spray makes the photo shooting also difficult when the lens is exposed and the water gets frozen on the lens.

From this side, underneath the cliff, it is possible to shoot the waterfall and get a nice view of the northern lights as well. 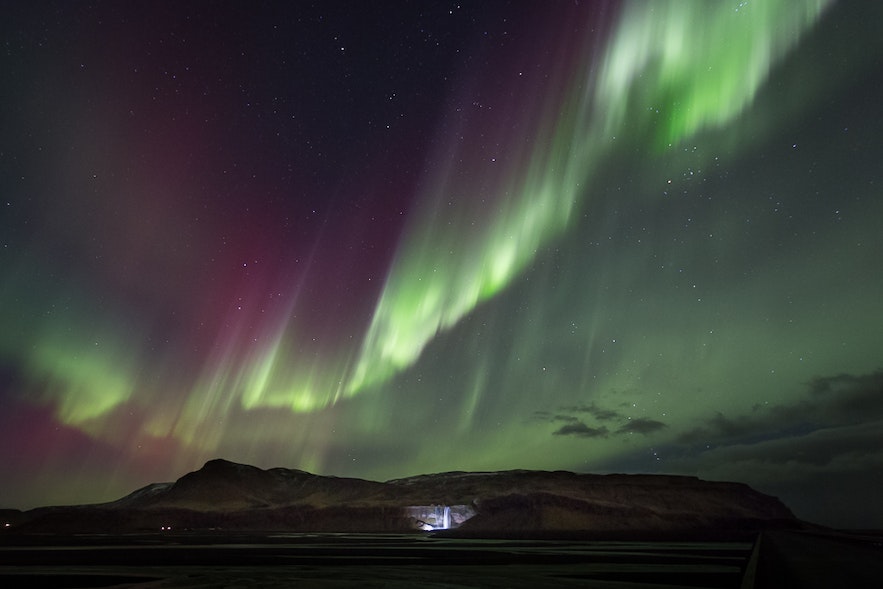 You can see the waterfall from a long way before you arrive to them due to the spot light lighting them during the night time. 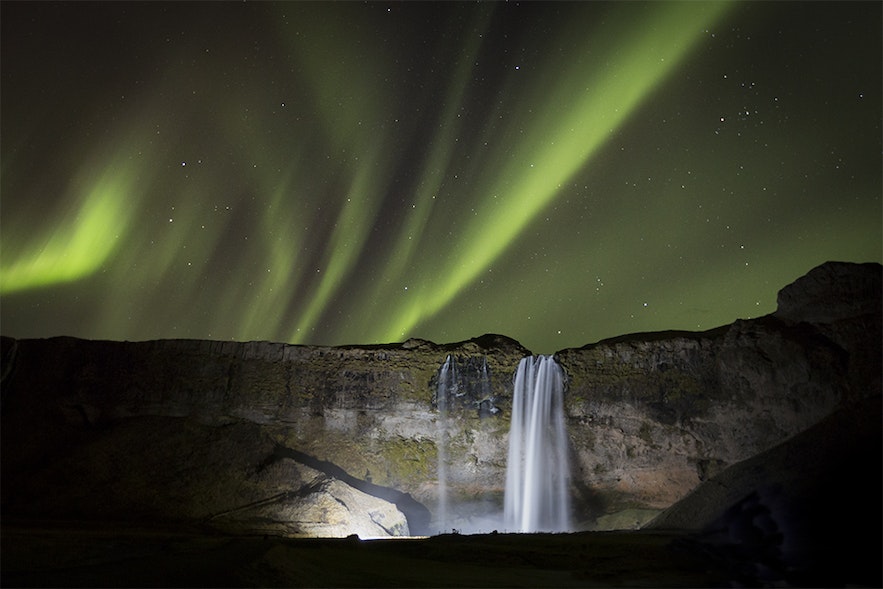 Closer look at the 60m waterfall, the cliffs and the magic in the sky. 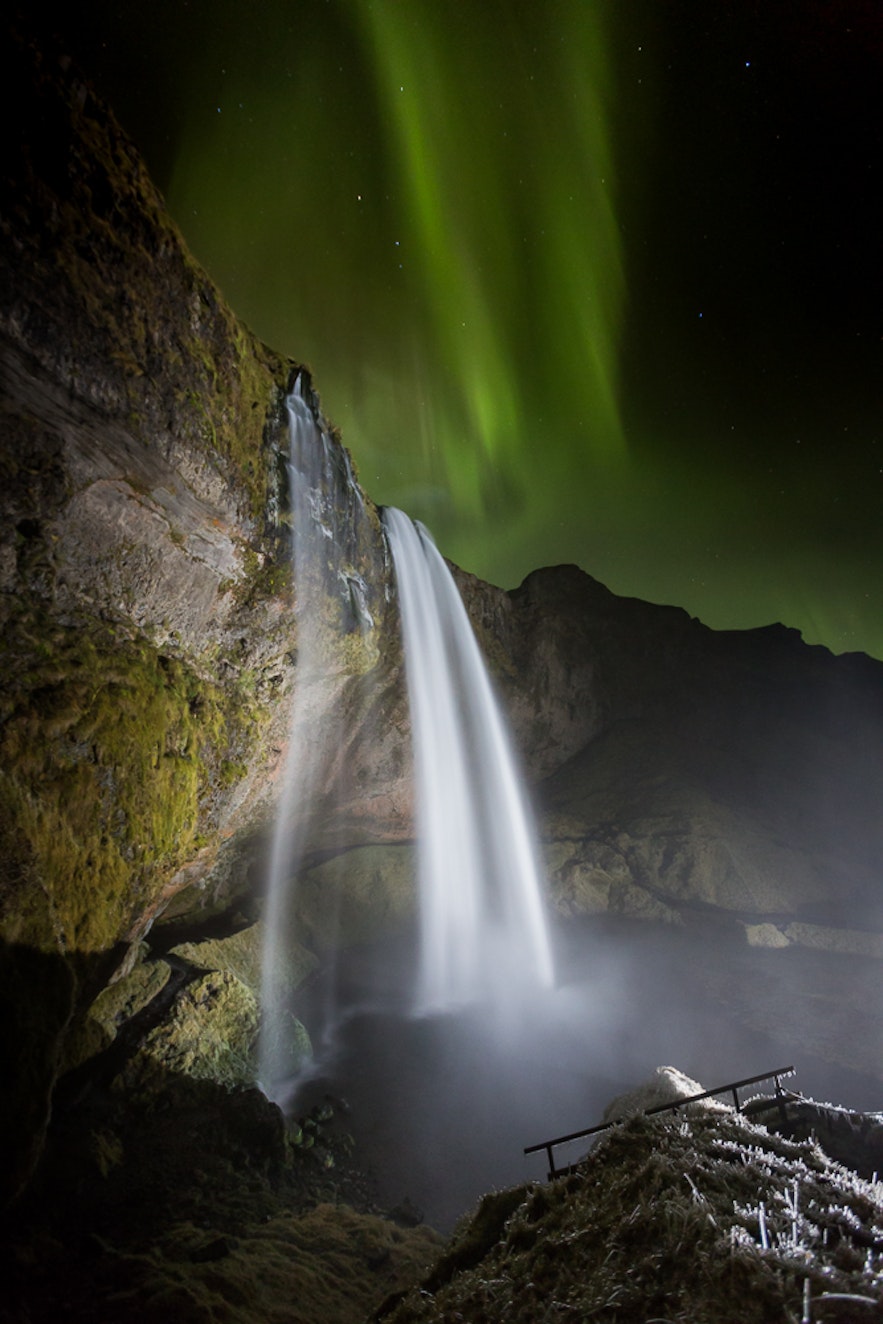 You can shoot the waterfall from both sides, here you can also see the effect the water spray has on the ground, everything gets icy and slippery so you need to be careful. 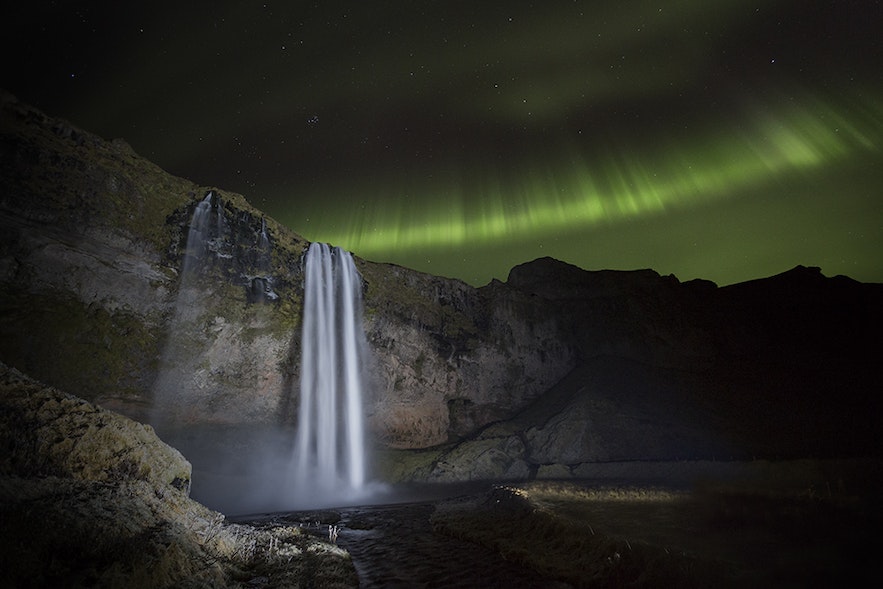 As you can see, Seljalandsfoss is a great option and location for shooting the northern lights. The waterfall is 130km and 1,5 hour drive from the centre of Reykjavík. There are a lot of option here on the website getting there, check them out.