Have you been to Reykjavík's concert and conference hall, Harpa? Besides concerts and conferences events include gigs, theatre, stand-up comedy, musicals, art exhibitions, music festivals and the building has even been used as a screen to play the computer game Pong on it!

Harpa was very controversial and its history spans decades of years. The first suggestion of building a concert hall in Iceland came in 1880 but it wasn't until more than a hundred years later, in the 1990's that things started happening.

After years of location and design suggestions (dating back to the early 90's) the building process started on the 12th of January 2007. Then the big financial crisis of 2008 shook the country and people objected to spending so much money on the project, leading to the construction of the building being stopped In October 2008.

Here is a video of the construction of the building (in Icelandic only!) 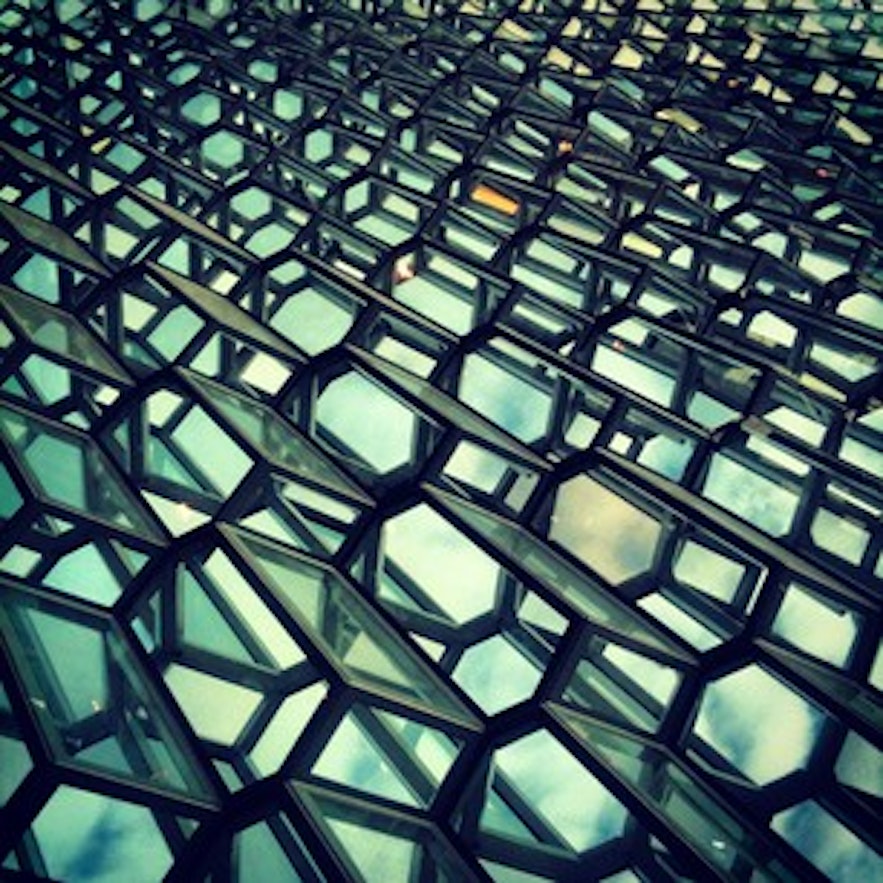 The most iconic feature of the building is the glass façade of the entire building. The building is clad in multicoloured glass, designed by Ólafur Elíasson - an Icelandic/Danish internationally renowned artist.

Each window has an LED light in it, a total of 714. Ólafur designed some beautiful light-shows that can be seen on the building at nighttime.

But it's not only a thing of beauty, it can also be used to interact with people in an exciting and fun way, making the residents of Reykjavík, and guests, engage with the building itself.

In 2014 Ólafur Elíasson, and the board of Harpa gave permission to two guys, Icelandic artist Atli Bollason and British programmer Owen Hindley, to program a game of Pong, using the façade of the building as a computer screen. The Pong project took place during Culture Night in Reykjavík in 2014 and was so successful that it returned for Sónar Reykjavík in 2015.

These two guys have since been working with the lights of Harpa a number of times, creating a light organ for Sónar Reykjavík in 2016 where any guest of the building could play the lights, with different keys producing different coloured lights, and creating responsive lights to the music of Sónar in 2017.

They also held an open competition for new ideas for the glass façade for Reykjavík Winter Lights Festival in 2016, won by Halldór Eldjárn and Þórður Hans Baldursson with their idea of Harpa Paint Splatter. where guests could splat colour onto the lights by entering a website from their own mobile phones.

Since Harpa's opening the building has been put to good use and besides being a home to the Iceland Symphony Orchestra it hosts a multitude of festivals, such as before-mentioned Sónar Reykjavík, as well as DesignMarch, Iceland Airwaves, Eve online FanFest, Reykjavík Fashion Festival and many, many more.

Since the opening of Harpa it has become one of the most known architectural icon of Reykjavík, its biggest competitor being Hallgrímskirkja church and perhaps the City Hall by the beautiful Reykjavík Pond, Tjörnin.

Almost every Wednesday there is a jazz concert at the top floor of Harpa, at Múlinn Jazz Club and there's also a restaurant called Kolabrautin on the top floor with stunning views over the harbour and the centre of Reykjavík. 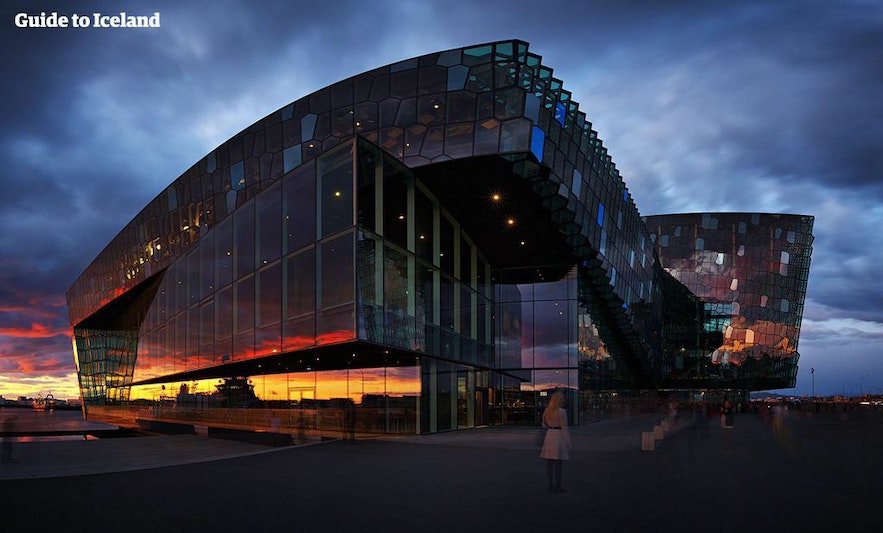 If you're coming to Iceland for Christmas and New Year in 2017, and especially if you are a fan of Sigur Rós, then you might want to check out the festival Norður og Niður, where Sigur Rós will be performing and is in control of and curating the entire festival.

Have you been to this gorgeous building?