Icelandic winter days can be extremely beautiful and still, with crisp, clean air and the sun shining. And on other days, they're really not.

I sometimes find it quite entertaining when people ask me what the weather is like in the winter in Iceland because they're going there for a few days. Like it just stays the same throughout the entire winter. It really doesn't.

So you may be in luck and experience both. Because the snowstorms are actually quite exciting. Sure, they're not really great if you had plans of sightseeing on the same day, or if it's your only day in Iceland.

I once met a couple of tourists downtown that were only in Iceland for ONE day - and it was a rather cold and rainy summer's day, but they just assumed that's what Icelandic summer is always like! You can't judge the weather from one day (especially not in Iceland), the previous day had actually been really sunny and warm as well! Note to self, don't come to Iceland for one day (or go to any country for one day for that matter) - you won't have a clue what the country is really like, no matter how small it is! 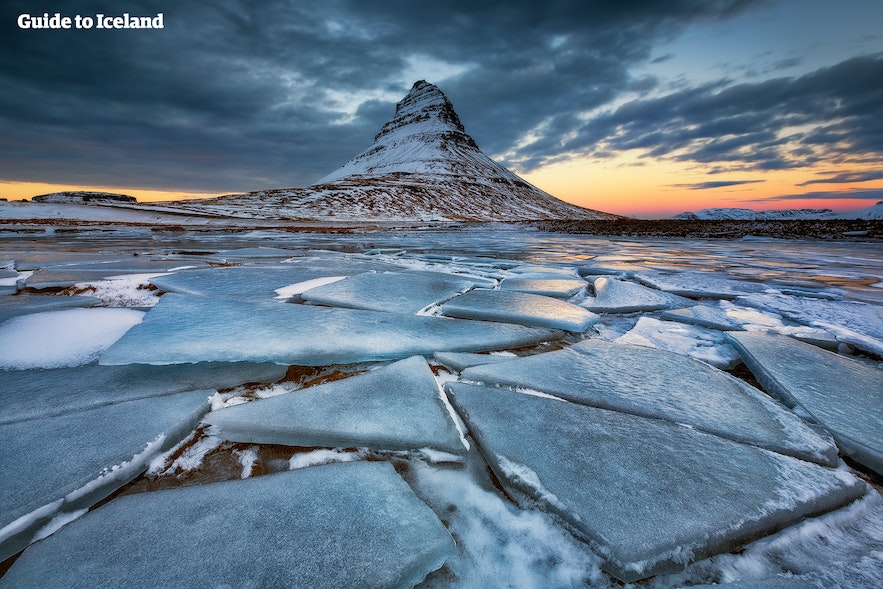 But I'm going off topic. Winter storms can be quite exciting. There's this certain type of atmosphere that happens when you prepare for the worst, trapped indoors and listening to the howling wind.

I also found it quite funny a couple of days ago my British boyfriend mentioned that he once had to spend the night at a studio in Wembley because he couldn't get home, due to a snowfall of 1cm. Wow! 1cm!

It's just funny to think about how the infrastructure of different countries is meant to deal with different things. When it snows in the UK, all transport more or less stops/gets delayed. No matter if it's just 1cm. In Iceland when it snows, people may show up 5 minutes late for work because they had to spend some extra time clearing the snow off their cars or shovelling some snow out of the driveway.

Except on the extra special days when the weather is just a bit too bad to be going outside. And when Icelanders tell you to stay at home and not go out driving because the weather is too bad, you should believe them. It may look crisp and clear and sunny and nice in Reykjavík - but when you get out of town and perhaps further north or west, it can be completely different. Read more about driving Iceland safely here. 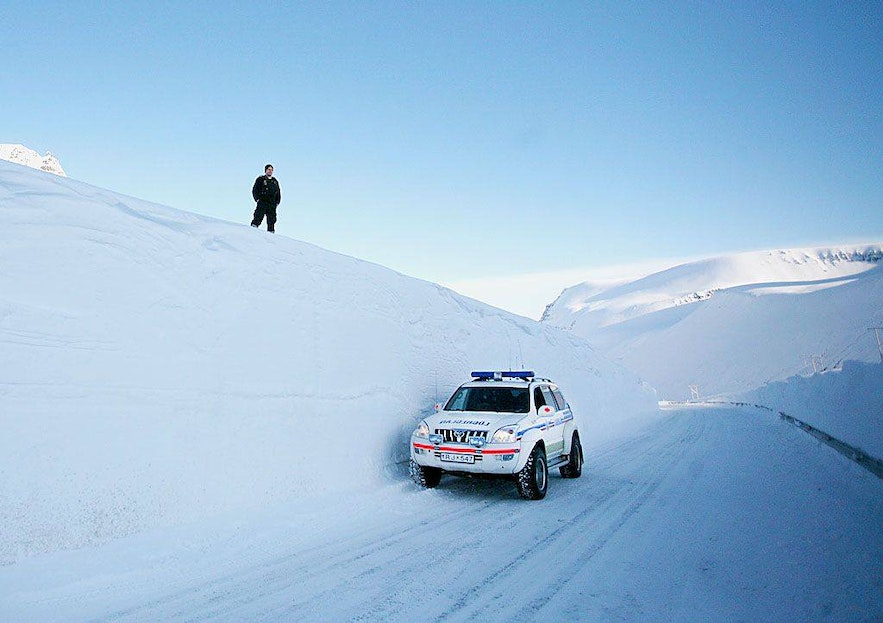 You can see a good example in the clip below that my friend filmed a couple of days ago. He lives in the Icelandic Westfjords, notorious for rough weather in wintertime. I've driven there in wintertime a couple of times (to go to the free music festival 'Aldrei fór ég suður' during Easter - highly recommended!) and both times there have been high walls of snow on both sides of the road, once completely blue sky and no wind though, such as on the picture above - the other time there was a pretty bad snowstorm going on.

I saw this clip earlier on the same day that I heard the story of my boyfriend being stuck in Wembley - and for some reason I think it helped to make me chuckle a bit more of his gruelling tale of 1 cm snowfall in London. Notice the title: 'Storm building up in Iceland' - he doesn't even consider this as a storm, it's just the build-up!

However, before coming to Iceland in wintertime - remember that you can also get great weather, so just be prepared for everything. Iceland can be great to explore in wintertime with its ice caves and northern lights, so have a scroll through some Iceland winter self drive tours if you're coming over between November and March - but if your tour is cancelled due to weather, then you shouldn't really be that surprised ;)

Here you can read more about the weather and seasons in Iceland if you're interested!