Things to do during STORMS in Iceland!

'Tis the season... for stormy weather in Iceland.

Winter season in Iceland can be absolutely stunning, with cool and crisp sunny days, gorgeous northern light displays at night or fluffy soft snow gently enveloping everything in a white blanket.

And on other days there are crazy snowstorms. Or regular storms (not including snow). The option of having snow, or rain, included in the storm depends on how bad of a mood the weather gods are in. 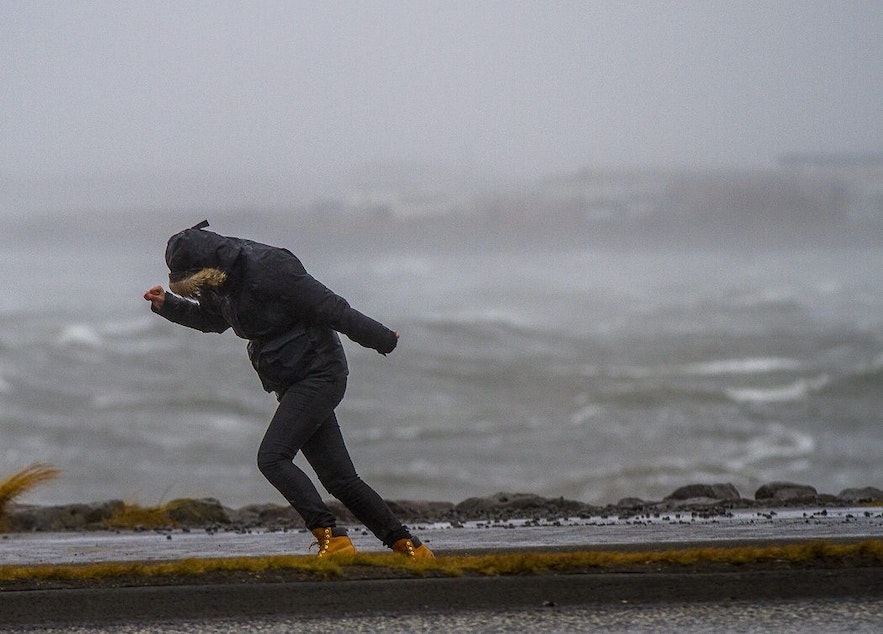 Now, you shouldn't disrespect storms in Iceland. When there's a storm warning in Iceland, you should take that warning seriously. If a road somewhere is closed, or you hear that people are being warned not to travel unless it's absolutely necessary, then you should respect that.

Storms in Iceland can get strong enough to blow cars or buses off roads, or even take down old farmhouses or the roof of houses.

Going to see the Golden Circle does not constitute as being absolutely necessary in those cases. (If it's your first time in Iceland, it's a must-see, but not if it's likely that you might die in the process). 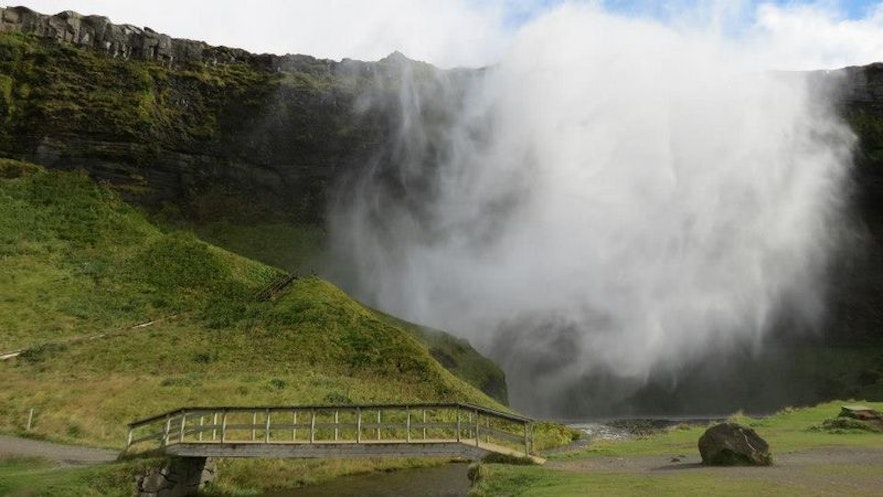 Picture of Seljalandsfoss on a stormy day in summer, by Sólveig Pálmadóttir.

And even if you were to drive the south coast for example, the waterfalls might not look like their usual self, such as this picture of Seljalandsfoss above during windy weather in summertime suggests. 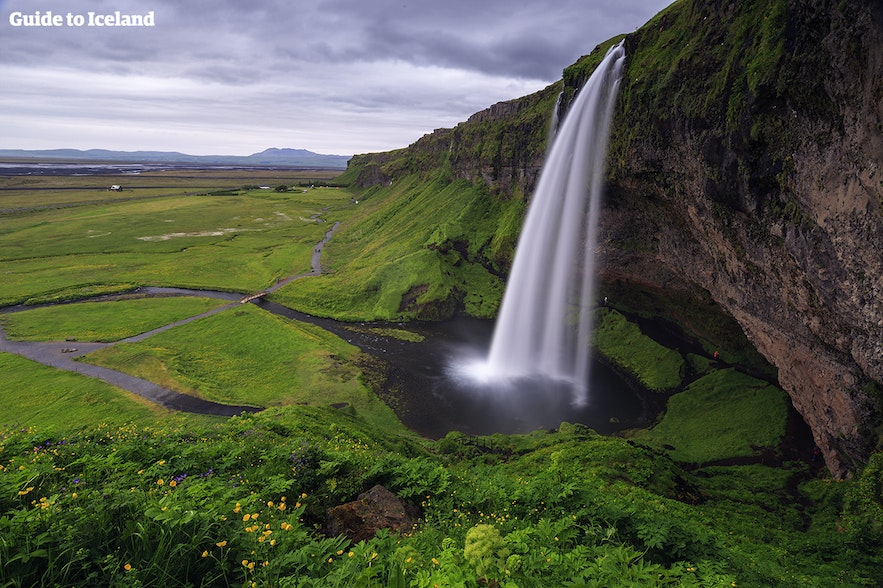 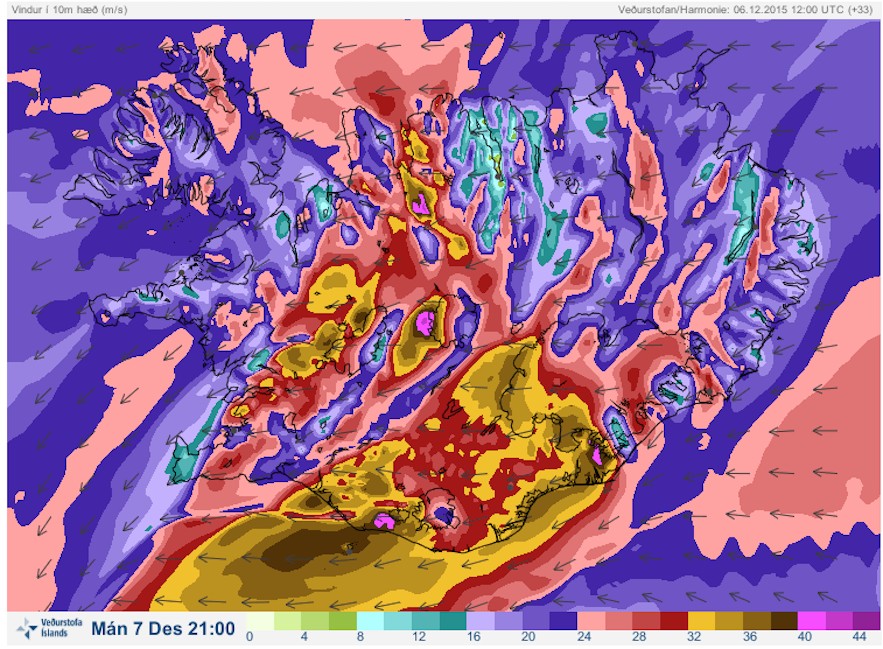 Not a good day to travel in south Iceland, but possible to explore the area around Akureyri! Image from 2015 from vedur.is

Storms obviously vary in strength, duration and location. If there's a storm warning in north of Iceland but you're planning on traveling in the south of Iceland, then you don't have much of a problem. But take note, if it's not such a bad weather in Reykjavík, that doesn't mean that the weather is the same when you've driven for 30 minutes out of the city - so always check the weather forecast for the area where you are planning on traveling to, especially in wintertime.

So what is there to do during stormy weather in Iceland? 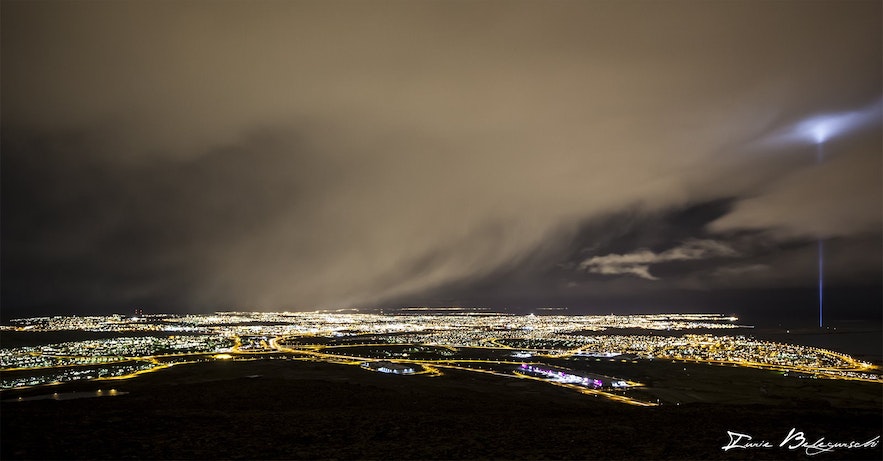 Should you just bundle up in your hotel room and be sulky the entire time? Of course not.

Normally when there is a storm within Reykjavík, life still goes on as normal. Perhaps children get a day off school (if it's a particularly bad storm), but generally shops, cafés and museums stay open.

So here are a few do's and don'ts when it comes to dealing with stormy weather in Iceland.

What not to do during a storm in Iceland/Reykjavík 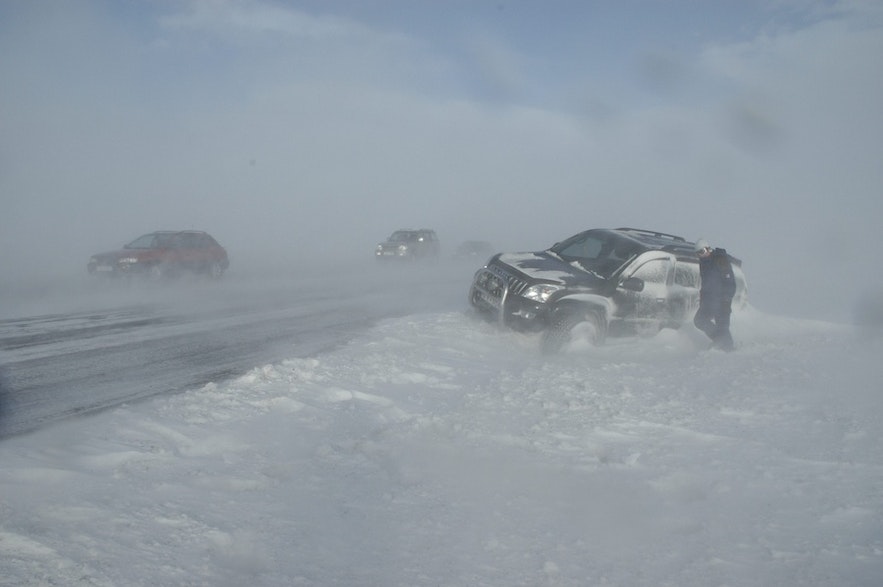 DON'T go for a drive somewhere. There's a very high risk that you will damage your car, be blown off the road, get stuck in a pile of snow or even hurt yourself in an accident.

If you are driving inside Reykjavík then people mostly drive slowly and fatal accidents are not common within the city, but getting stuck in snow is very common - and takes up a lot of your own time, as well as other's time. 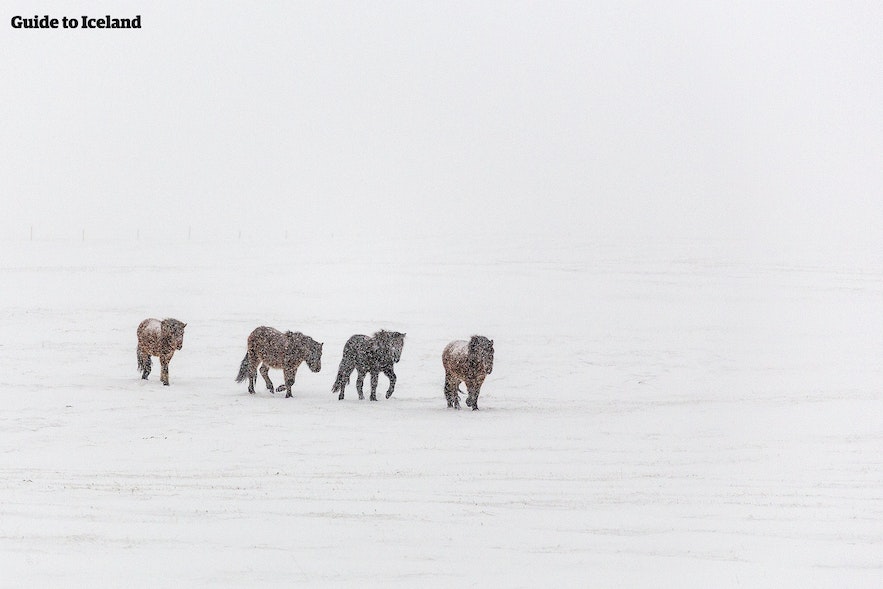 DON'T be upset if you booked a tour that got cancelled. When a tour is cancelled, then you will receive a full refund since it is not your fault. Alternatively you can go on the tour another date if you prefer.

The tour is being cancelled out of concern for your safety and the safety of the tour guides. If you're only in Iceland for a few days, then it's annoying to miss out on a tour that you've been looking forward to - but you should know in advance that it's very likely that the weather will be crap during winter in Iceland!

What to do during a storm in Iceland/Reykjavík

There's no reason to sulk indoors in your hotel room and be bored although the weather is terrible outside. I'm going to assume most tourists are staying somewhere in central Reykjavík. If not, well, then your options are a little more limited and you may have to get creative to find ways to entertain yourself. Here are a few tips.

What to wear during a storm in Iceland 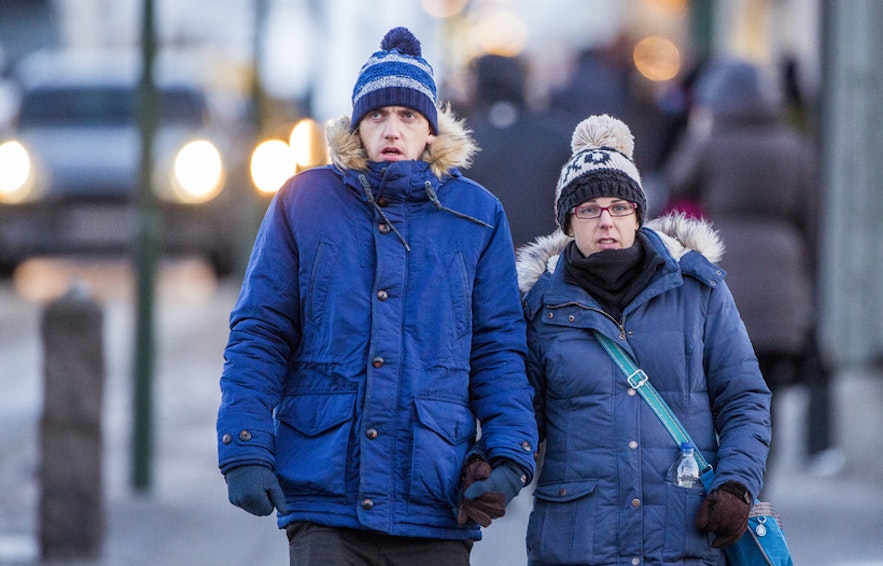 DO wrap up really warm before heading outside. Wear thermal layers under waterproof jackets and trousers, a hat and gloves. And make a smart choice about what kind of shoes you bring to Iceland, high heels are generally a no-go during wintertime.

If you don't have any waterproof shoes with you, then buy plastic bags in the nearest supermarket (or check if you can have a couple for free from your hotel reception) and wear plastic bags over your socks before putting on your shoes.

It would also be wise to buy studs on an elastic band (mini crampons) to attach to your shoes if it is icy outside, giving you a better grip when walking on the snow/ice.

How to get about in a storm in Iceland 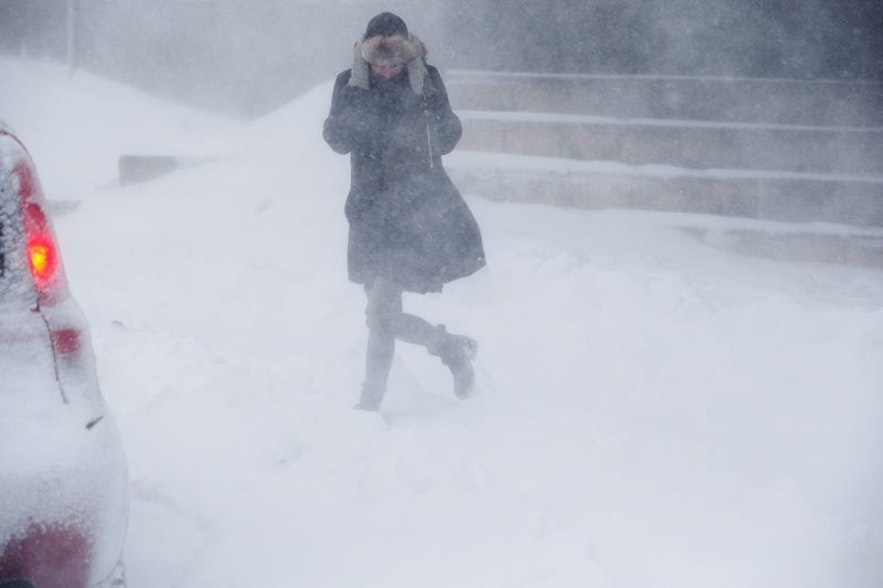 DO go for a short walk out of your accommodation. It can feel really refreshing (and funny!) to be hit with wind, rain or snow in the face. The feeling doesn't last for long though, so just know where you are going before you leave the house.

It's no fun to go for a walk just for the fun of it, but if you are staying in central Reykjavík then you can walk anywhere you'd need to go, and it's a better option than to drive. Chances are you might just be stuck in your car all day if you're driving, but if you're walking then the worst thing to happen is that you might slip on the ice and fall (if there's ice on the ground). Not good for elderly people, they might break a bone.

If it's just raining, you'll probably just get wet and a bit cold - nothing that a hot cup of coffee/tea/chocolate or soup can't cure. If there is ice on the ground, then lift your feet higher up when you are walking and step down on top of the ice, rather than sliding on it. Aim to step on snow or sand rather than the icy bits.

Where to get a drink during a storm in Reykjavík 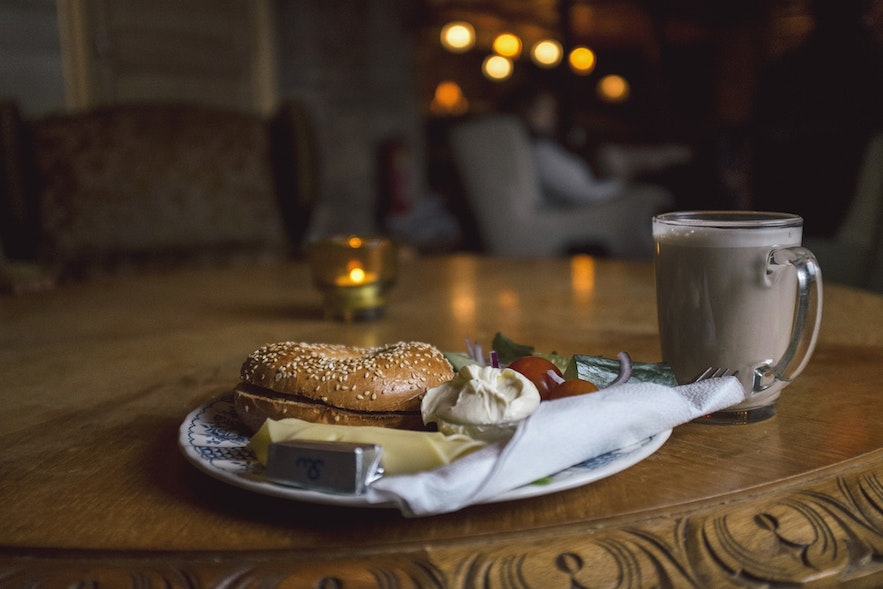 DO check out a local café or a bar. At least you'll be out of your hotel, seeing other people and there's a chance that you might accidentally bump into some live music. Some cafés may also have some boardgames that you can enjoy to while away the time.

The cosiest café in Reykjavík is without a doubt Stofan or 'The Living Room'. Kex hostel is also a good choice, although a longer walk from the centre (5 minutes) but is more of a bar.

Where to go during a storm in Iceland 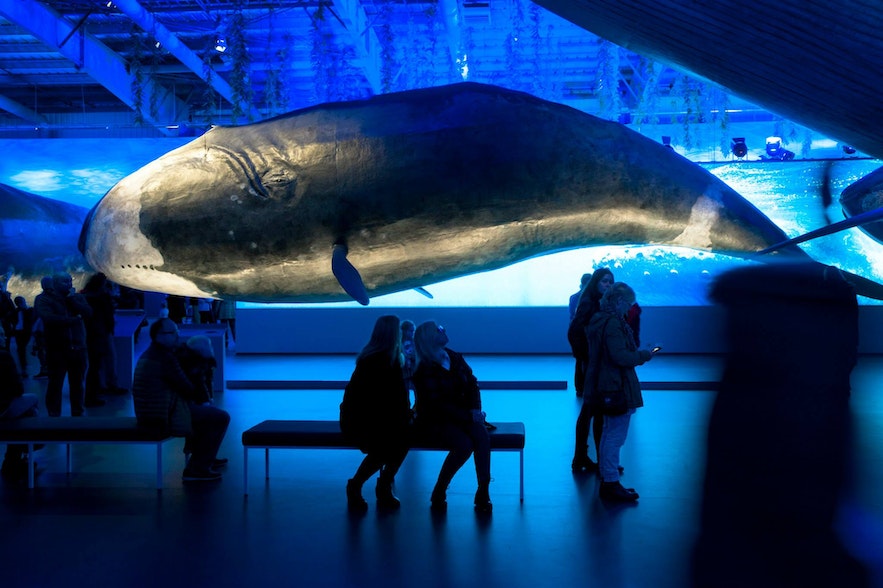 Picture from Whales of Iceland museum

DO check out some of the local museums.

In Reykjavík there's the exciting Whales of Iceland Museum, The Northern Lights Center, Penis Museum (Icelandic Phallological Museum), Settlement Exhibition as well as a number of art museums and galleries.

If you're not in Reykjavík, ask the locals (such as at your accommodation) if there are any museums or galleries in the neighbourhood.

How to keep warm during a storm in Iceland 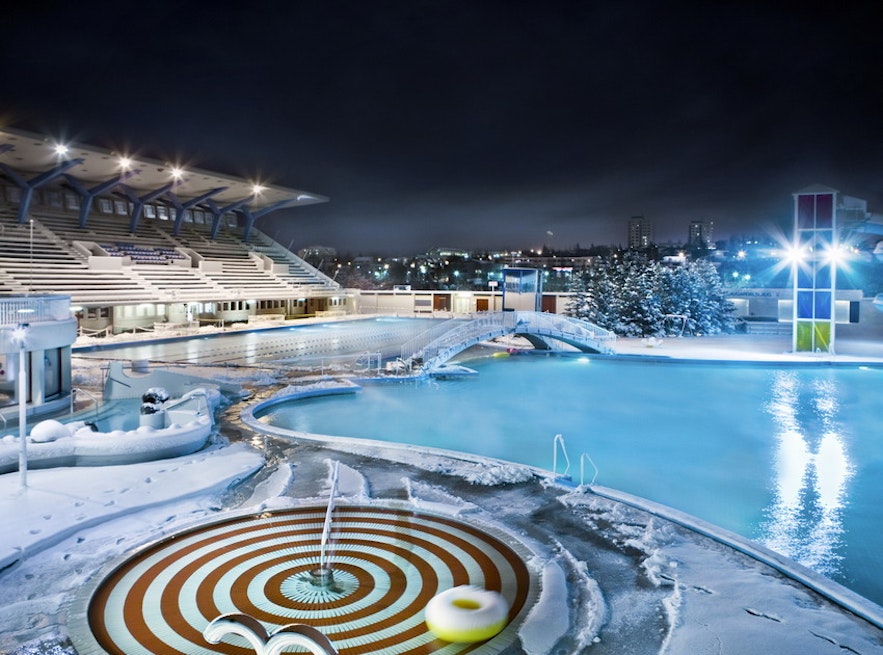 DO go to one of the many swimming pools that you can find all around the country.

It may sound like a contradiction, but the best way to keep warm in Iceland is if you submerge yourself in water. If you are trapped somewhere outside of Reykjavík, there's a pretty high chance that there's a local pool in your area. Within the greater Reykjavík area there are 20 different swimming pools. And don't worry, people don't generally go to the swimming pools to swim in the cold water in the cold weather (you can if you want to!), you go there to relax in the hot tubs while the raging storm does its best to, uhm.. rage.

What to eat during a storm in Iceland 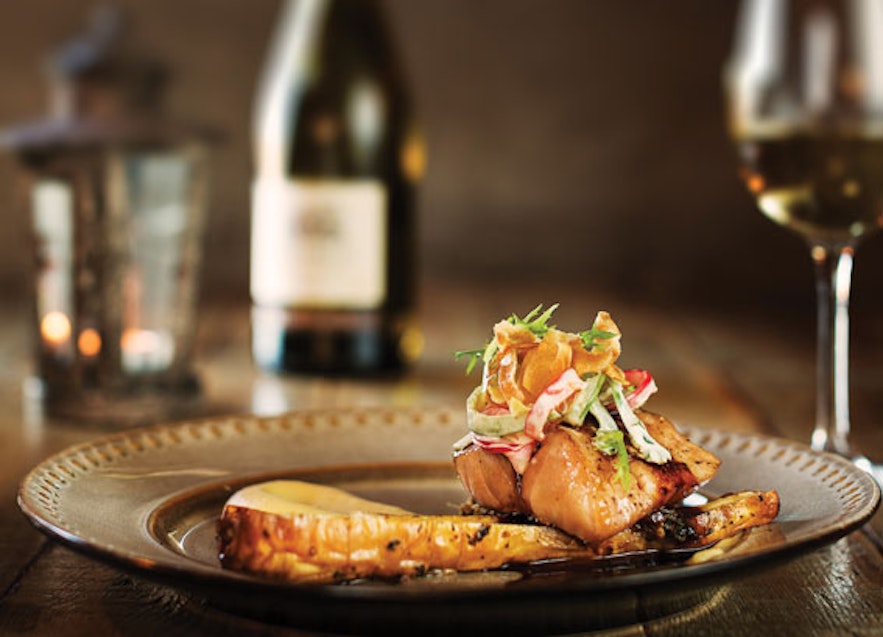 DO check out some of Reykjavík's fantastic restaurants in the evenings. The mouth-watering menu that's most often based on seafood or the world-known Icelandic lamb is most likely going to be worth defying the natural elements in a short walk.

What to do in the evenings during a storm in Reykjavík 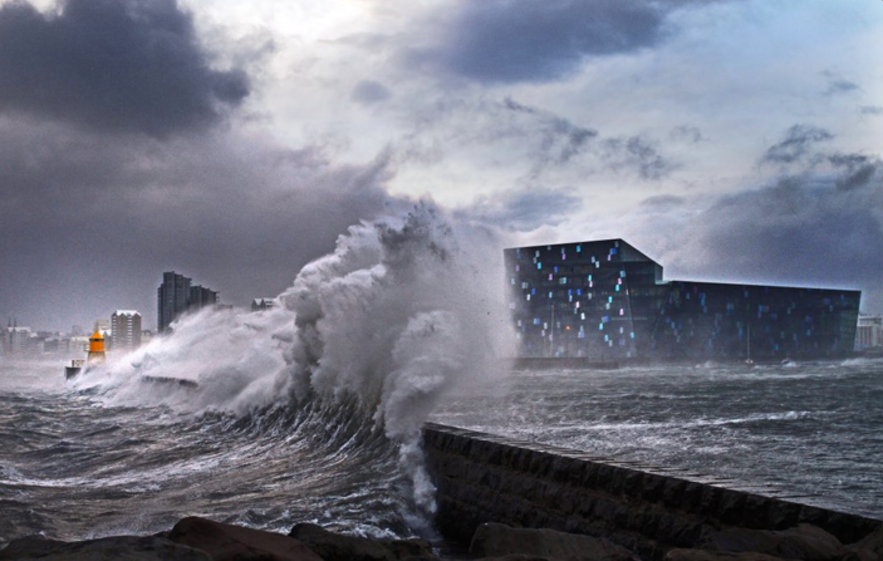 DO check out what entertainment is going on in the evenings. There may be local gigs, or theatre or a film festival taking place.

Two large music festivals take place in Reykjavík during winter - Iceland Airwaves in November and Sónar Reykjavík in February. Reykjavík Fashion Festival takes place in March and so does Food and Fun, just to name a few.

What to watch during a storm in Iceland

DO watch some Icelandic films. You can find some of them online if you don't feel like leaving your accommodation, or you can head down to Bíó Paradís, Reykjavík's art cinema. They often screen Icelandic classics, with English subtitles.

You can choose to watch something that echoes the storm outside, such as Rams or The Deep, or get a feeling for what Iceland can be like in the summertime and watch Children of Nature.

If you really want to fully experience what it's like to be trapped by the storm, then you can always opt to simply stay at your accommodation, wrap up in a blanket, make some hot chocolate and watch Trapped.

How to interact with people during storms in Iceland 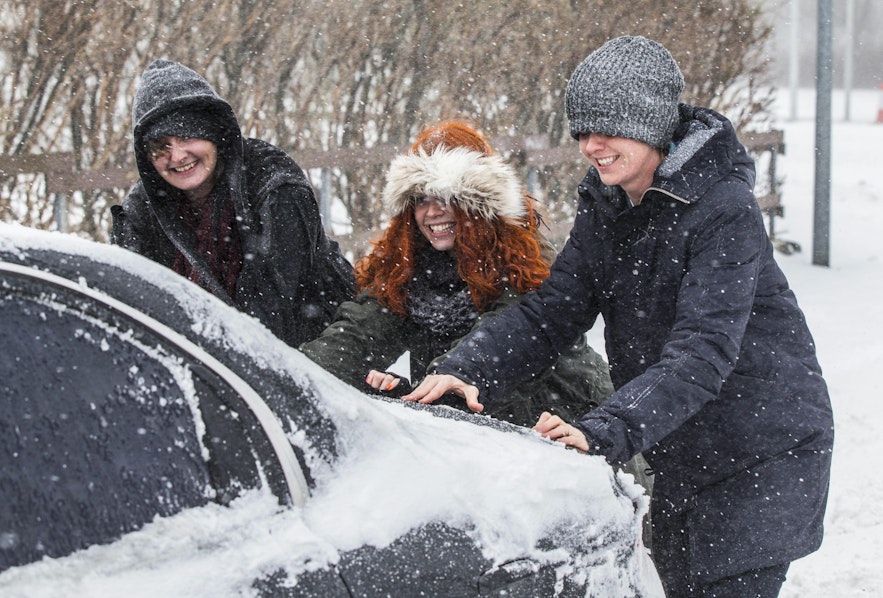 And finally, DO help other people! You can help to push a car, or hold someone's hand when crossing streets :)

Crazy winterstorms in Iceland do give you the great opportunity to really let all your worries go away - or get excited about how crazy it's going to get!

And if none of the ideas above take your fancy, then maybe you simply want to use the opportunity to relax on your holiday, run a hot bath and read a book? Besides needing to go to work, that's generally what the locals do.