Árbæjarsafn Museum is a wonderful must-see open-air museum here in my hometown Reykjavík.  The museum is are open all year round and you can join guided tours in English every day at 1 pm at the museum.

On your visit to the museum, you will see old houses, which have been moved to Árbæjarsafn Museum from the old centre of Reykjavík to preserve them and exhibit them. Most of the houses are fully furnished, but some of them host exhibitions. Here you can see and learn about the lifestyle of old Reykjavík.

Here you can see one of the few remaining turf houses in Iceland, Árbær turf farm, the only remaining turf farm in Reykjavík, which was inhabited until 1948. The first written records of a farm at Árbær dates back to 1464, but the turf houses at Árbæjarsafn Museum were built around 1890-1918 and have been reconstructed through the years. Turf houses need constant maintenance due to the nature of their building material; turf, rocks and timber. 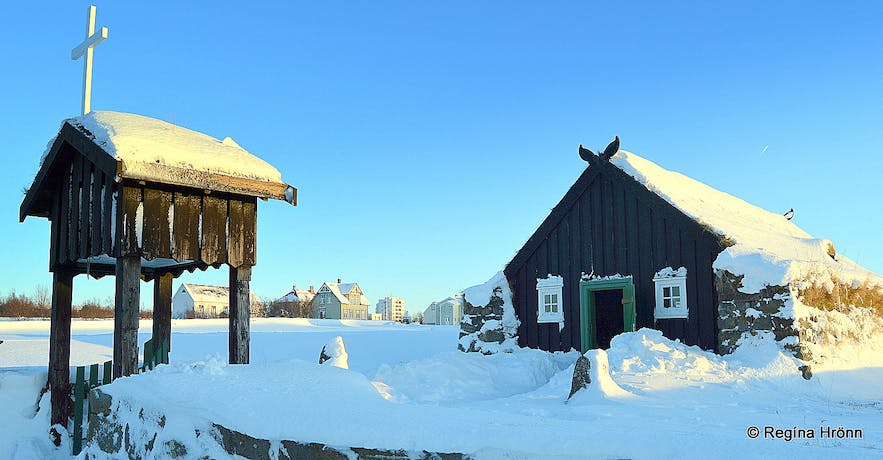 I will write a separate travel-blog about these turf houses at Árbær with photos from the inside as well, as I think that each and every turf house in Iceland deserves a special travel-blog :) I have written travel-blogs on 9 of the remaining turf houses in Iceland already. And a list of all the turf houses I have visited on my travels around Iceland. 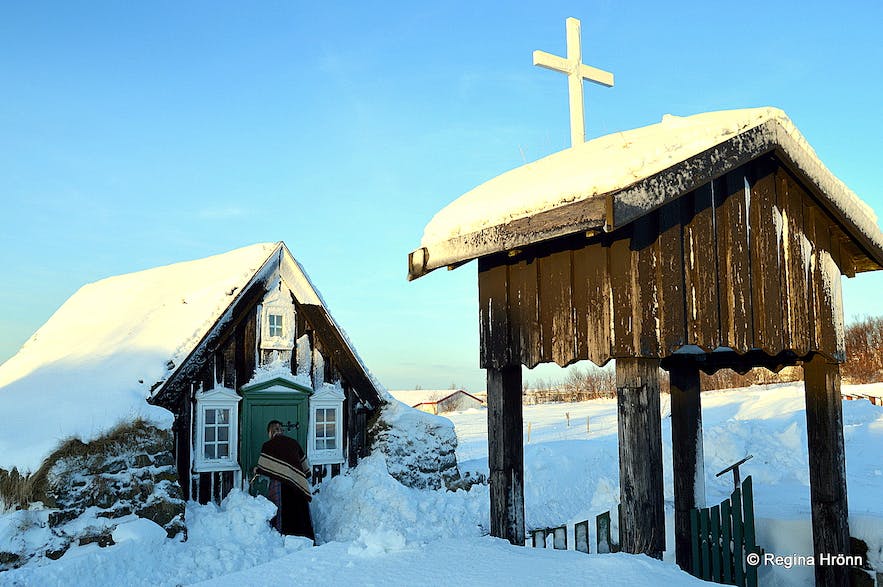 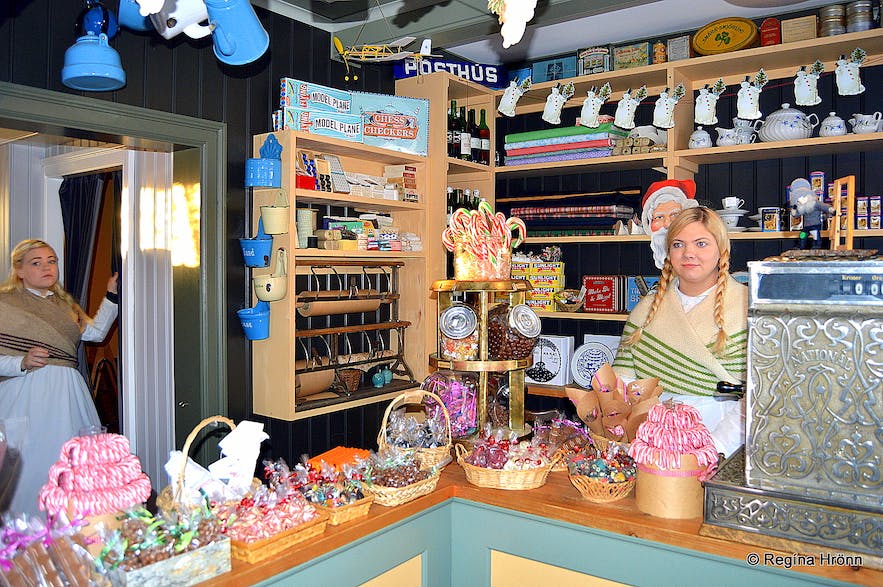 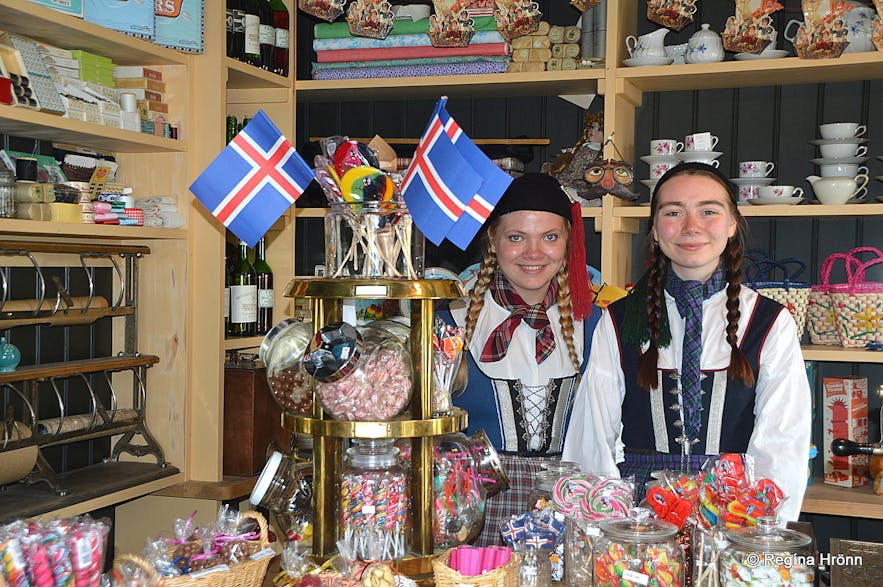 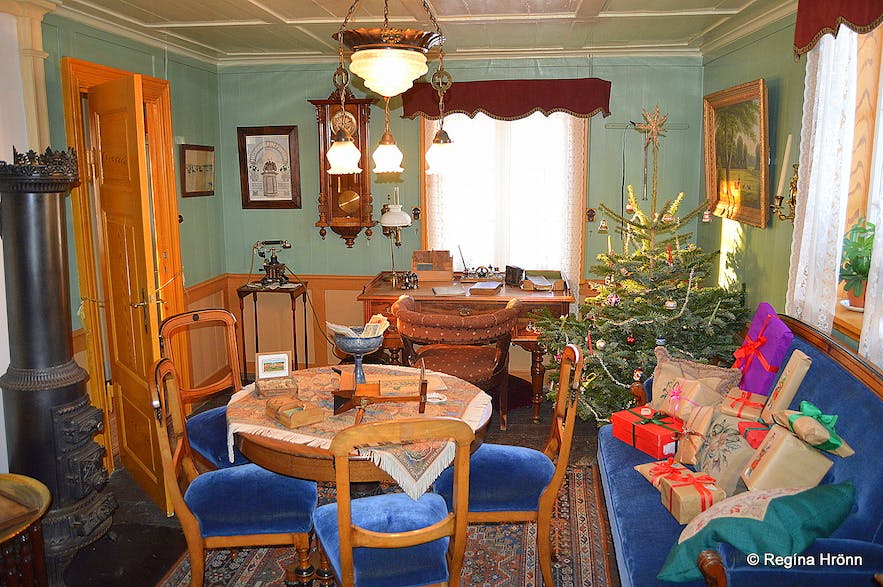 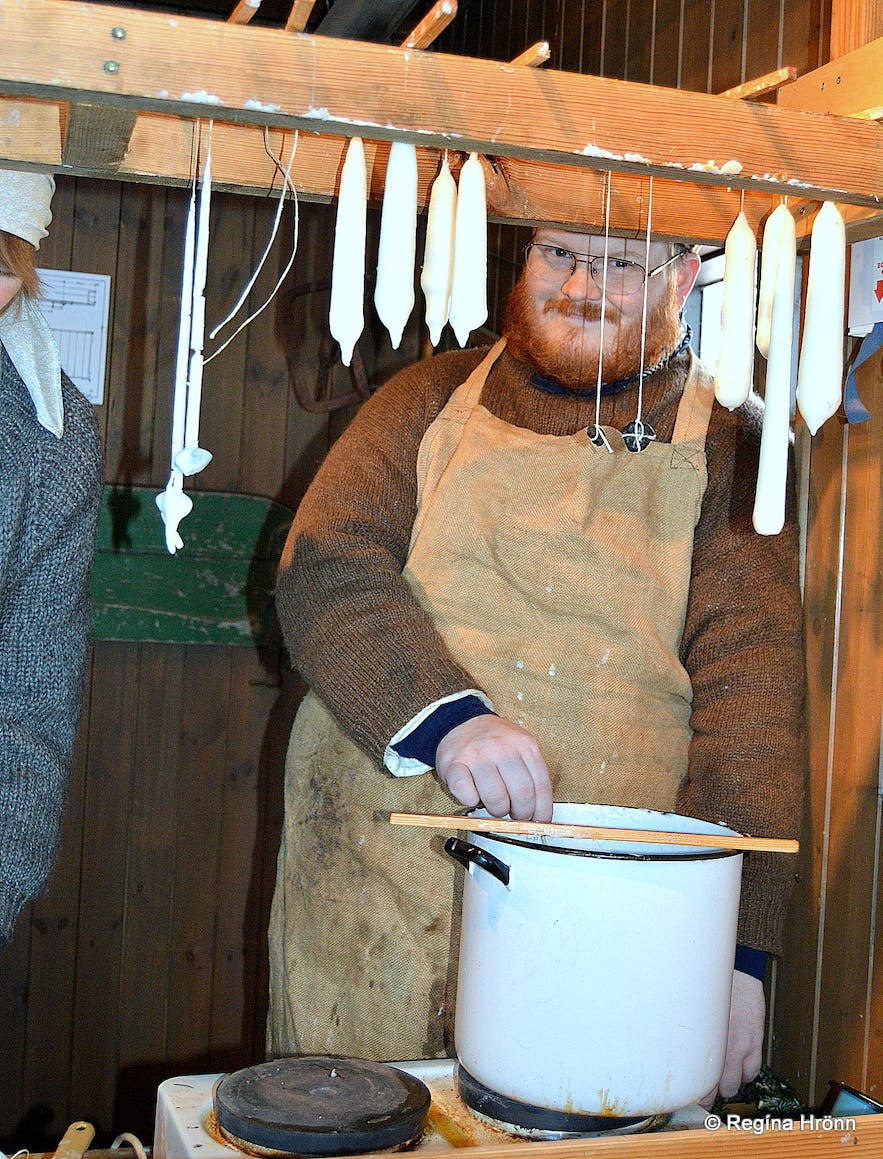 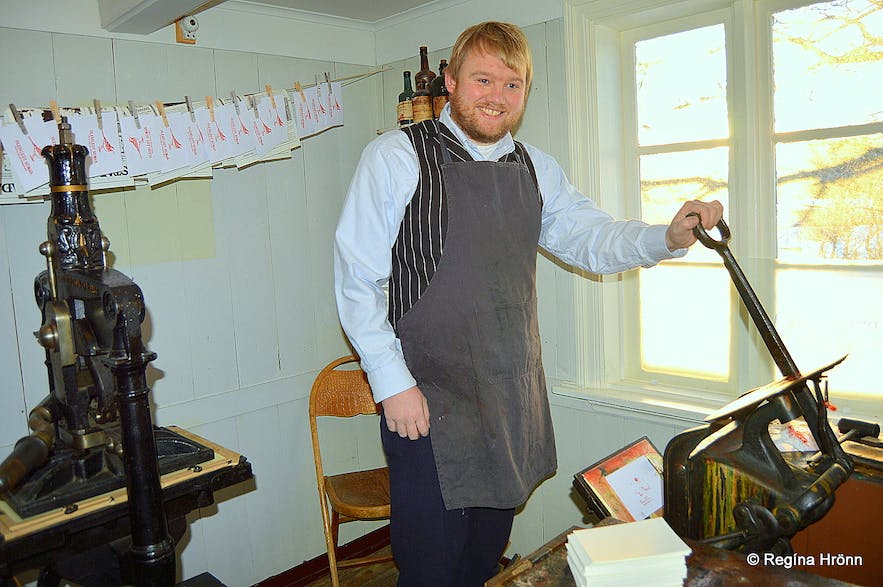 In Árbær turf house traditional laufabrauð "leaf-bread" was being made. This is a traditional custom, which we Icelanders still practise. In my family, we always meet before Christmas to cut leaf-bread. It is cut into patterns, which can be quite decorative, and deep-fried. You will be given samples to taste at the museum. 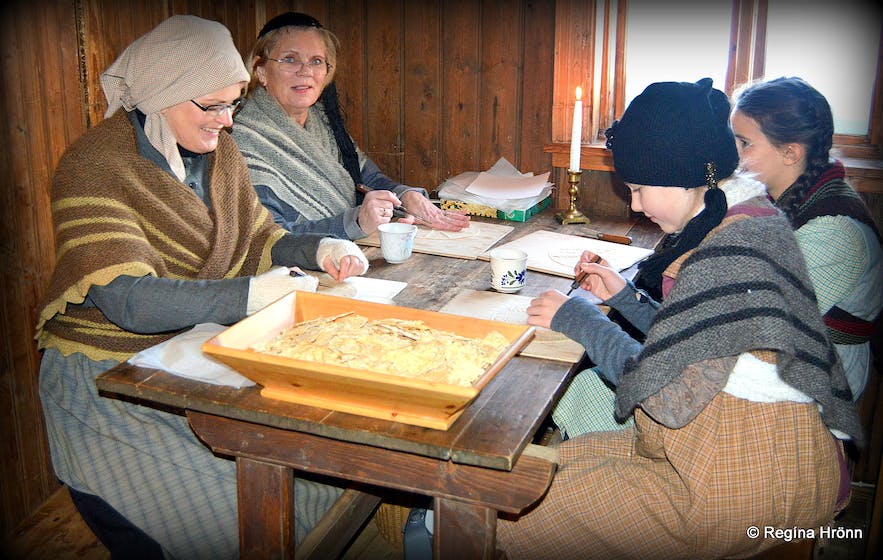 Laufabrauð is a paper-thin bread made out of wheat, whole-wheat, sugar, salt and milk/water and some add cumin to the recipe. The dough is flattened and cut in a round shape, then you make tiny holes in it with a fork and in my home, we run a special brass roller through it and flip over every second leave of the decorations, which were made with this roller, and fasten it. You can make various decorations with the roller. 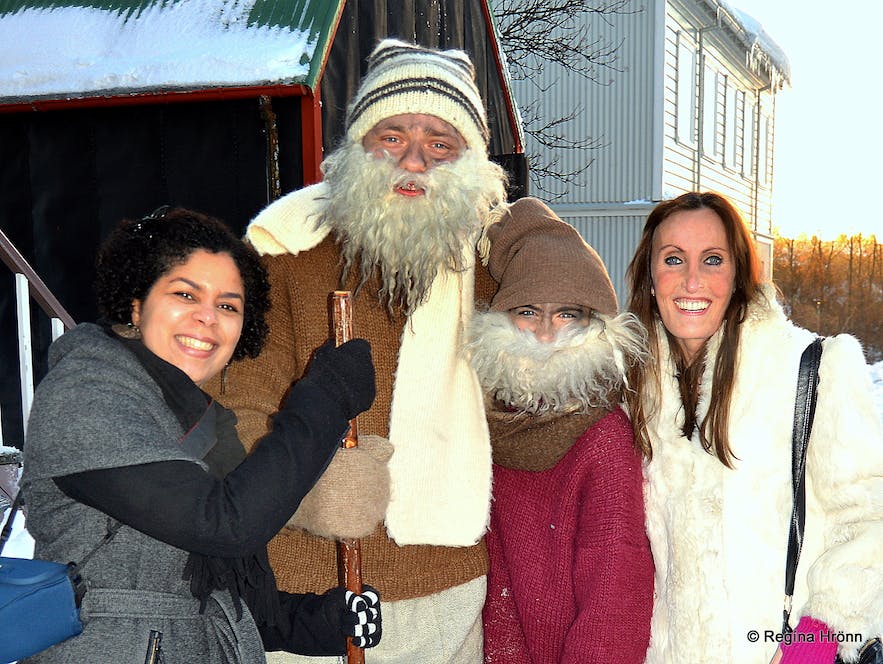 I have written about the Icelandic Yule Lads in details another travel-blog. 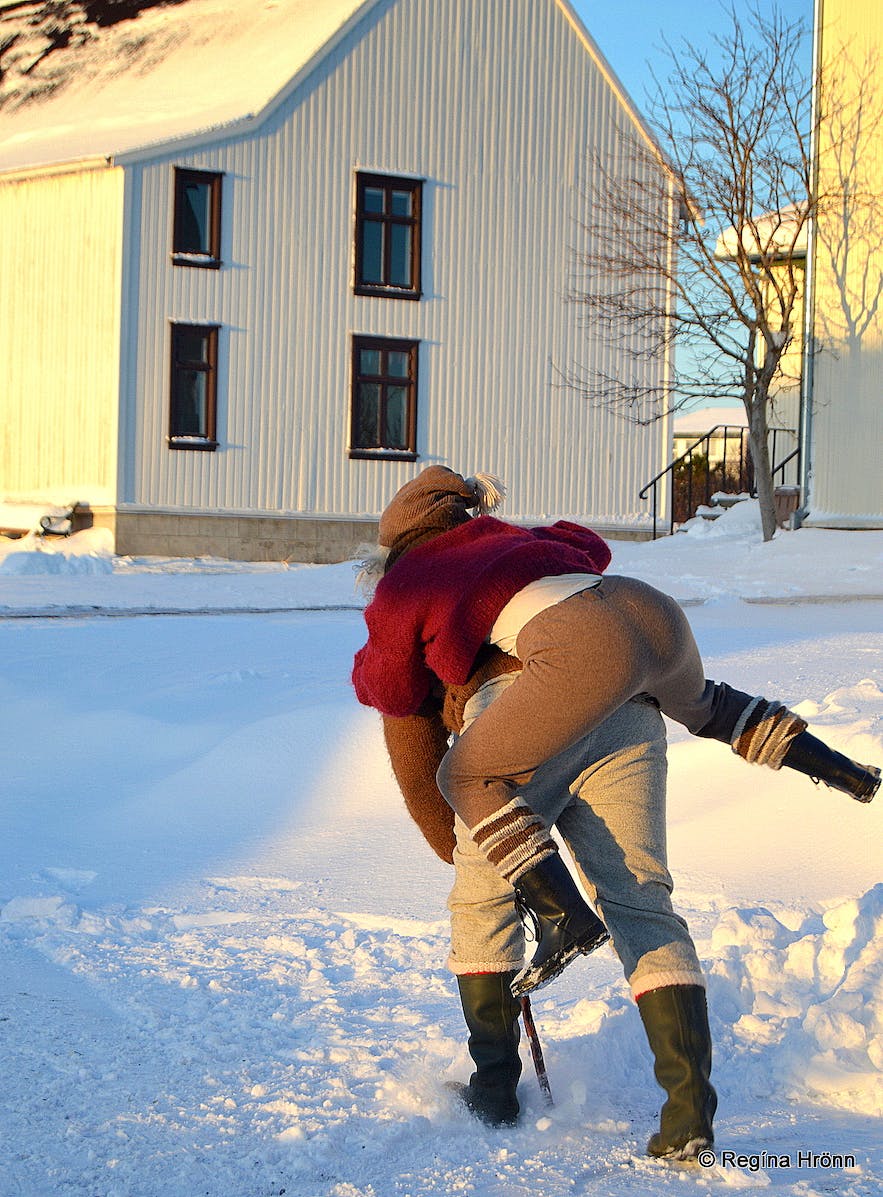 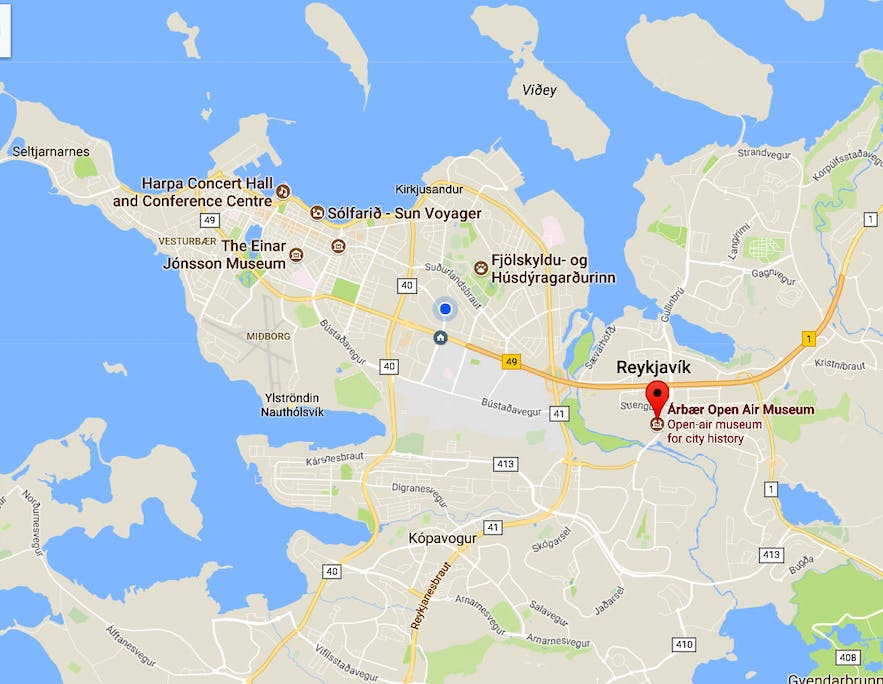 Also, check out all the popular day-tours out of the city to make the most of your visit to Iceland.

Have a lovely time at the beautiful Árbær Museum :)